Accessibility links
Book Review: 'Transit,' By Rachel Cusk Rachel Cusk's latest — the second in a trilogy that began with Outline — follows a writer unmoored by the breakup of her marriage, and the people she meets as she goes about her strange new life.

'Transit' Is A Journey You Won't Want To End

'Transit' Is A Journey You Won't Want To End 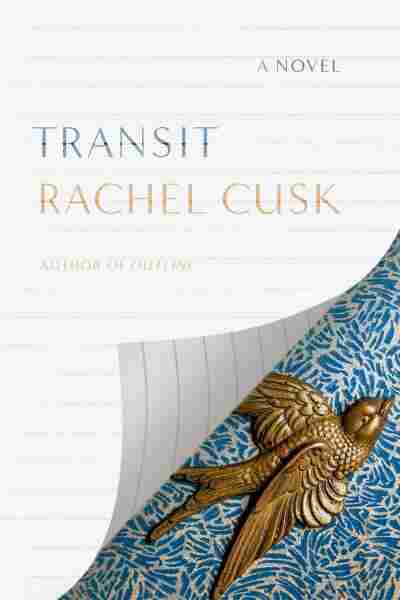 Transit, the second installment of Rachel Cusk's cumulatively affecting post-divorce trilogy that began with Outline, is a reading journey you wish didn't have to end — so it's a good thing there's a third volume on the itinerary. This isn't to say these subdued, meandering novels are a joyride, at least not in the usual sense. They offer little in the way of plot thrills. Instead, Cusk gives us engrossing, probing conversations between her narrator — a writer named Faye unmoored by the breakup of her marriage — and various people she encounters as she goes about her business in her bewildered, post-parted state. Confounded by the unexpected trajectory of her life, Faye makes it her mission to really listen to others' stories and extract what wisdom she can from them. We're the lucky eavesdroppers.

Because the books are more episodic than plotted, they're fine when read individually. But even though they feel unstructured, they're carefully choreographed — and taken together, they trace Faye's subtle, gradual passage from shaky bewilderment to more solid ground.

Outline, set during a three-day teaching gig at a writer's workshop in Athens, stitched together the confidences of chance acquaintances — including an airline seatmate and a fellow instructor. We learned about Faye in part from her questions, which often led these people to talk about their disappointments and divorces.

With Transit, Faye's story shifts to London, where she's moved from her marital home in the country with her two sons. The narrative focuses on the two weeks her boys stay with their father during the most disruptive renovation phase of the appallingly derelict fixer-upper duplex she purchases. This leaves her relatively free in the evenings, enabling her to date and to attend a risibly awful dinner party with her cousin's new blended family (which clearly needs another whir in the Vitamix).

While Cusk's unorthodox narrative is slyly indirect, her prose is exquisitely precise.

Threaded through the novel's series of loosely linked stories, two leitmotifs repeatedly bring Faye back to earth: run-ins with the laughably dreadful pre-gentrification holdouts in the ground floor flat beneath hers — who evoke "Nagg and Nell in their dustbins" from Samuel Beckett's Endgame — and periodic panicked phone calls from her sons, bickering uncontrollably, with no adult supervision in sight.

Whether she's engaging with the homesick Polish builder renovating her new home or an ex-boyfriend she runs into 15 years after leaving him in the lurch, Faye is remarkably adept at eliciting others' vulnerabilities. She often adopts an almost therapeutic stance, drawing people out by offering up just enough of herself. But she is decidedly better at listening than taking advice. She ignores the real estate broker who says, "Obviously it's not a place ... where you could expect children to live." She ignores the contractor who advises her to dump the dump rather than throw any more money into it. She ignores the hairdresser who advises against dyeing her hair.

After Silence, An 'Outline' Of A Life In Fragments

But she's all ears when the hairdresser tells her about the New Year's Eve when he faced his fear of rejection. Or when a blocked writing student explains her obsession with American painter Marsden Hartley, who helped define her acute loneliness. Faye comments sympathetically: "It was perfectly possible to become the prisoner of an artist's vision, I said. Like life, I said, being understood created the fear that you will never be understood again."

As Faye moves through her days, themes of loneliness, change, abandonment, and adaptation emerge repeatedly. She forges connections even in conversations that start off on the wrong foot, including a first date at which she announces that she's so tired — worn out by dealing with her nasty neighbors, dusty renovation, and precarious finances — that "I might not have all that much to say for myself." And she musters understanding even in her scathing depiction of her cousin's dinner party, where overwhelmed mothers are torn painfully between their children, spouses, and selfhood.

While Cusk's unorthodox narrative is slyly indirect, her prose is exquisitely precise. Writing of her former boyfriend, Faye again invokes a metaphor from Outline: "In those days he was a sketch, an outline; I had wanted him to be more than he was, without being able to see where the extra would come from. But time had given him density, like an artist filling in the sketched-out form."

With its resonant comparisons between life and art (including literature) and its enjoyably varied, more tightly structured series of vignettes, Transit fills in the "sketched-out form" Cusk introduced in Outline. Her narrator's ongoing odyssey toward finding her bearings in her new life is a journey worth following.