Accessibility links
At Inauguration, Trump Will Be Sworn In With Lincoln's Bible, Like Obama Was The Lincoln Bible was purchased for the 1861 inauguration by Supreme Court Clerk William Thomas Carroll. 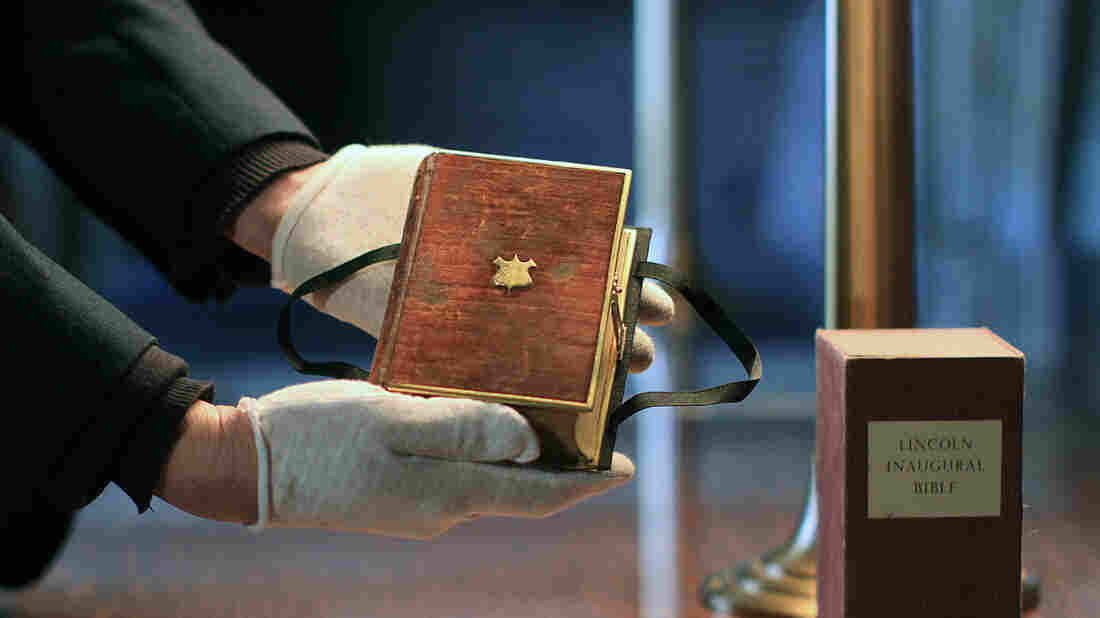 The Lincoln Bible is part of the collection at the Library of Congress. Lauren Victoria Burke/AP hide caption 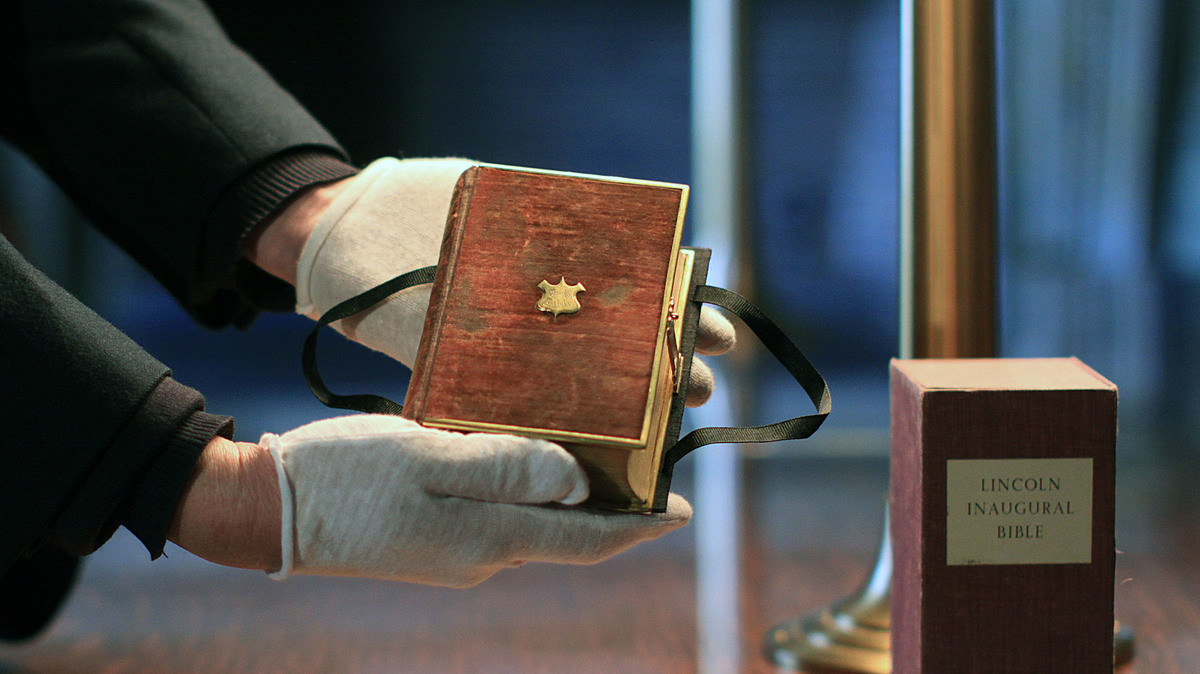 The Lincoln Bible is part of the collection at the Library of Congress.

For all their differences, when Donald Trump takes the oath of office to succeed Barack Obama on Friday, one small but symbolic similarity will be on display. Trump will place his hand on the Bible that President Lincoln used at his first inauguration, the same one President Obama used at both of his swearing in ceremonies.

The Lincoln Bible was purchased for the 1861 inauguration by Supreme Court Clerk William Thomas Carroll.

Trump will also use his personal Bible, given to him by his mother when he graduated from Sunday school in 1955, according to a statement from the Presidential Inaugural Committee.

Trump And Company Prepare Inaugural Address In The Shadow Of Tradition

The chairman of that committee, Tom Barrack, notes that Lincoln appealed to "the better angels of our nature" in his first inaugural address. "As he takes the same oath of office 156 years later," Barrack said, "President-elect Trump is humbled to place his hand on Bibles that hold special meaning both to his family and to our country."

After this contentious and divisive election, another phrase from Lincoln's 1861 address seems appropriate: "We are not enemies, but friends. We must not be enemies. Though passion may have strained it must not break our bonds of affection."

Trump will be administered the oath by U.S. Chief Justice John Roberts.

When Vice President-elect Mike Pence takes his oath, he'll be sworn in by Supreme Court Justice Clarence Thomas, using the Bible that President Reagan used for both of his inaugurals as well as when he was sworn in as governor of California.

Thomas will be the first African-American person to administer the oath to a vice president or president.