Accessibility links
Can Jeff Sessions Be An Independent Attorney General After Being A Big Trump Campaigner There's supposed to be a firewall between the Justice Department and the Oval Office, but Sessions' vigorous support of Donald Trump's campaign raises doubts about how independent he could be. 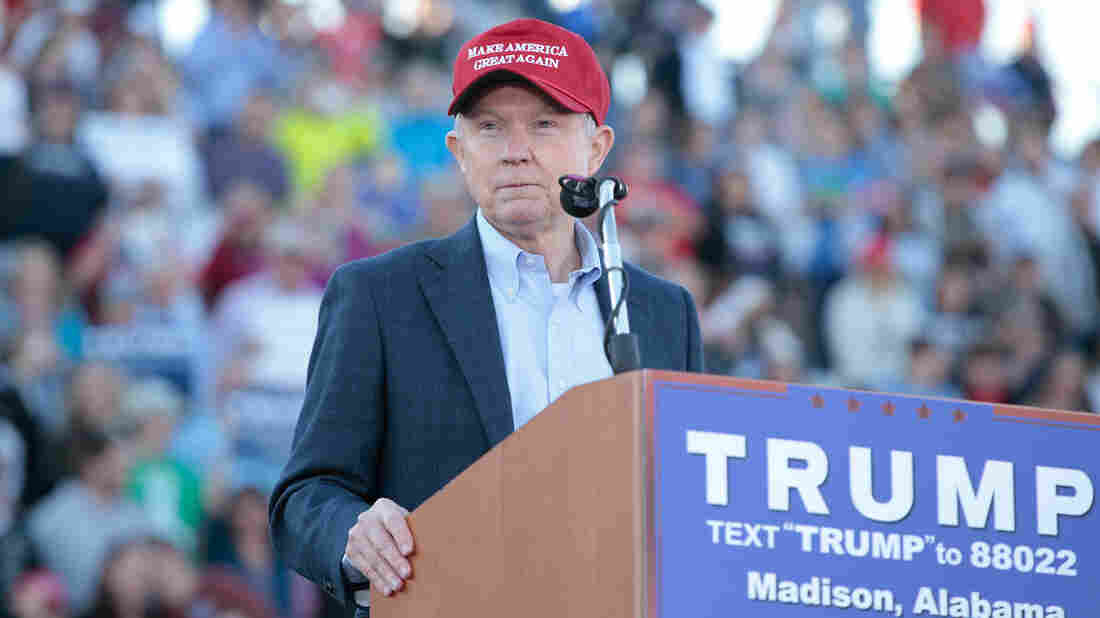 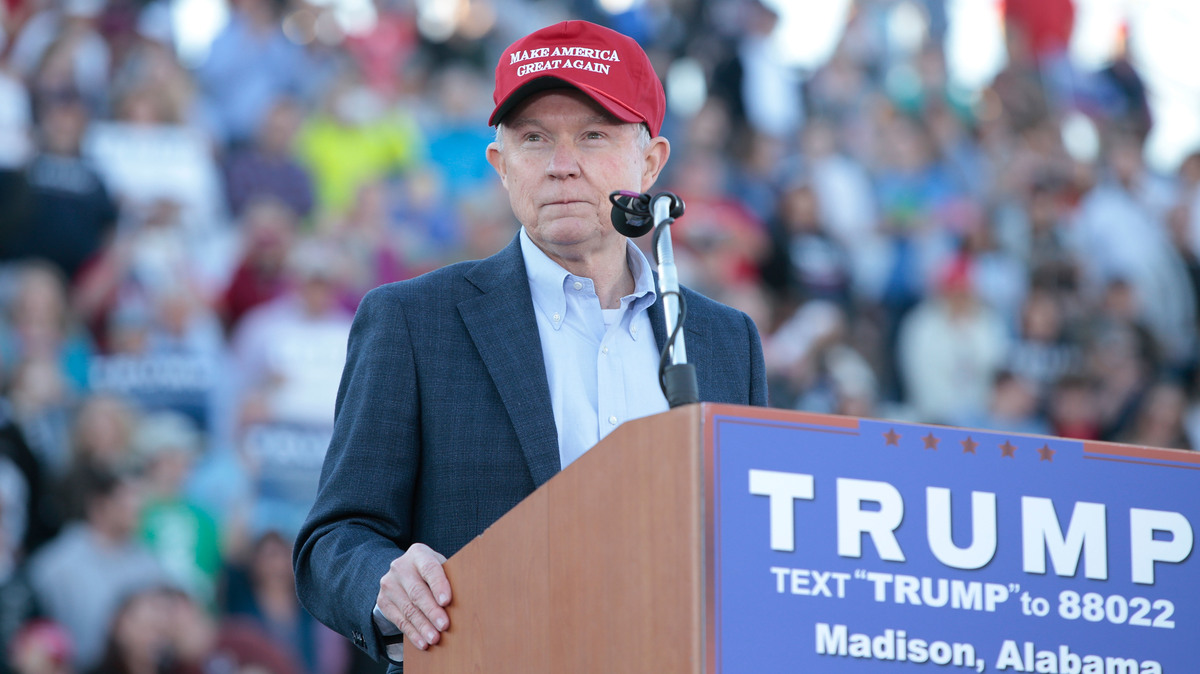 Jeff Sessions donned a "Make America Great Again" cap and joined the campaign trail as one of Donald Trump's earliest supporters on Capitol Hill. But the proximity of the Alabama Republican to the president-elect has got some Democrats worried about how he'd preside at the Justice Department.

Sessions, 70, is in line to control the federal government's vast law enforcement apparatus: Thousands of FBI, Drug Enforcement Administration and Bureau of Alcohol, Tobacco, Firearms and Explosives agents; dozens of U.S. attorneys across the country; and the Office of Legal Counsel, an obscure but critical office that advises the executive branch on where to draw legal boundaries on issues from immigration to treatment of terrorism detainees.

"The office of attorney general is not a normal political office," Sessions testified at his confirmation hearing last week. "He or she cannot be a mere rubber stamp."

His colleagues on the other side of the political aisle are trying to hold Sessions to that ideal before they confirm him to the post. In a series of questions and a follow-up letter, Democratic senators have been prodding the attorney general nominee to distance himself from the White House he'd serve.

There's ample precedent for a firewall between the president and prosecutors. Justice Department traditionalists grimaced when former Attorney General Eric Holder called himself President Obama's "wingman." After a scandal in the Bush administration, in December 2007, then-Attorney General Michael Mukasey imposed guidelines that limit contacts between the White House and the Justice Department about ongoing criminal and civil law enforcement issues.

"Will you honor and maintain those procedures at the Department of Justice?" Whitehouse asked. "I will," Sessions replied.

Later, Whitehouse, a former DOJ official during the Clinton administration, pointed out that Republican veterans of the Justice Department have been advising new leadership there to clean "filth" out of the department and "wash out the agency from top to bottom." He said that conflicted with traditions about honoring the rights of career attorneys to carry out marching orders and act in accordance with their private religious beliefs.

"Does a secular attorney have anything to fear from an Attorney General Sessions at the Department of Justice?" Whitehouse asked.

Sessions, who said his 14 years as a federal prosecutor marked the high point of his public service, said no and testified that he had plenty of respect for career professionals in the department.

Whitehouse tried again: "And a secular person has just as good a claim to understanding the truth as a person who is religious, correct?"

Sessions, who is a longtime member of the same Judiciary Committee that will vote on his nomination later this month, is still expected to win confirmation, largely along party lines.

And with Democrats in the Senate minority, perhaps the most they can hope for is to pin down the next Attorney General on policies and promises for the next four years.