Accessibility links
George H.W. Bush Sends Trump A Letter To Apologize For Missing Inauguration The 92-year-old former president was put into the intensive care unit at a Houston hospital on Wednesday, but had already planned to stay home owing to his age and poor health. 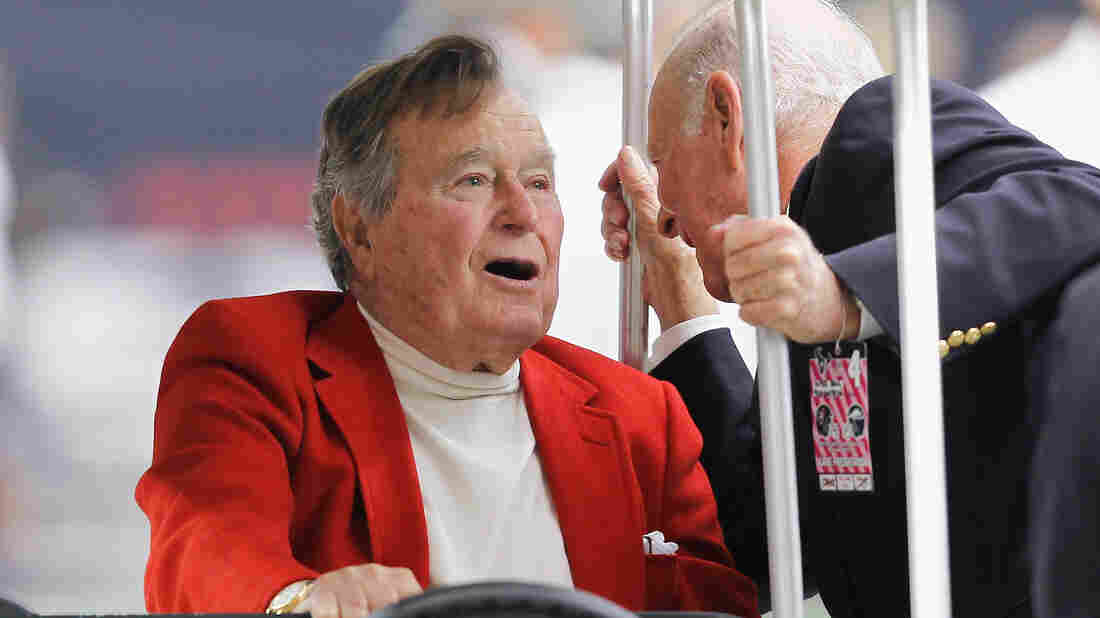 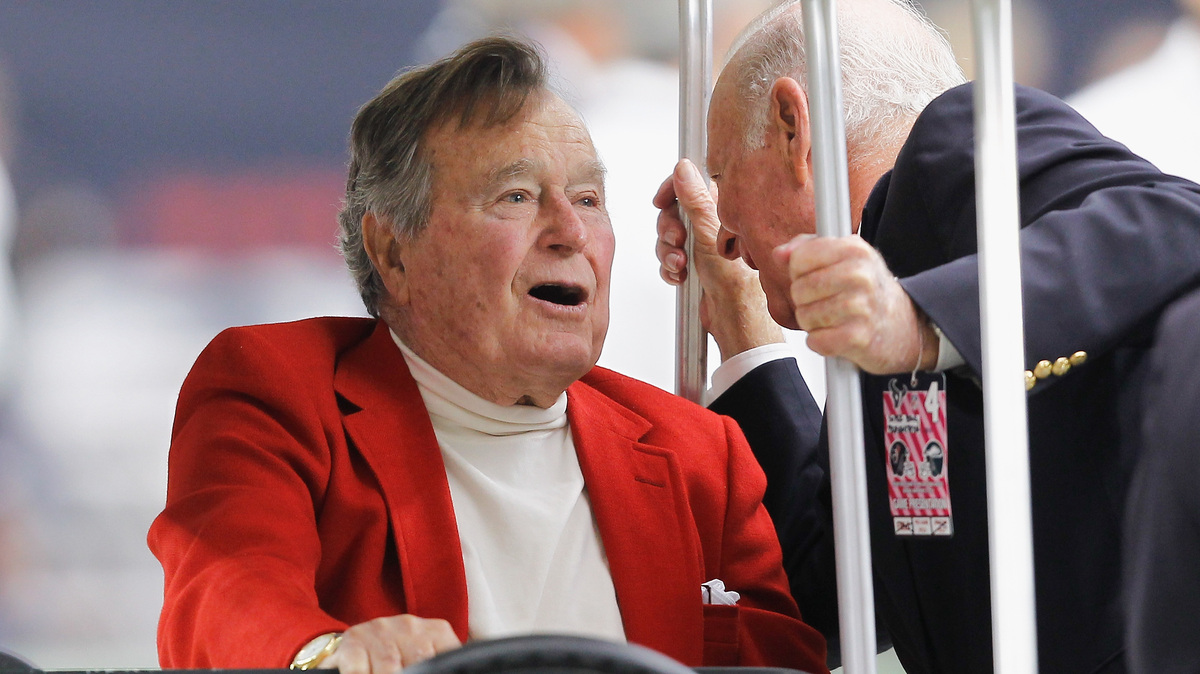 Former President George H.W. Bush wanted to be clear that there was no ill will keeping him from attending Donald Trump's inauguration on Friday.

The 92-year-old had decided to stay home weeks ago because of his advanced age and poor health. Bush is the only former president who will miss the ceremony. His son George W. Bush, Bill Clinton and Jimmy Carter are all expected to attend along with their wives.

A week earlier, Bush had written to Trump to express his regret and good wishes. Here's the letter he sent on Jan. 10: 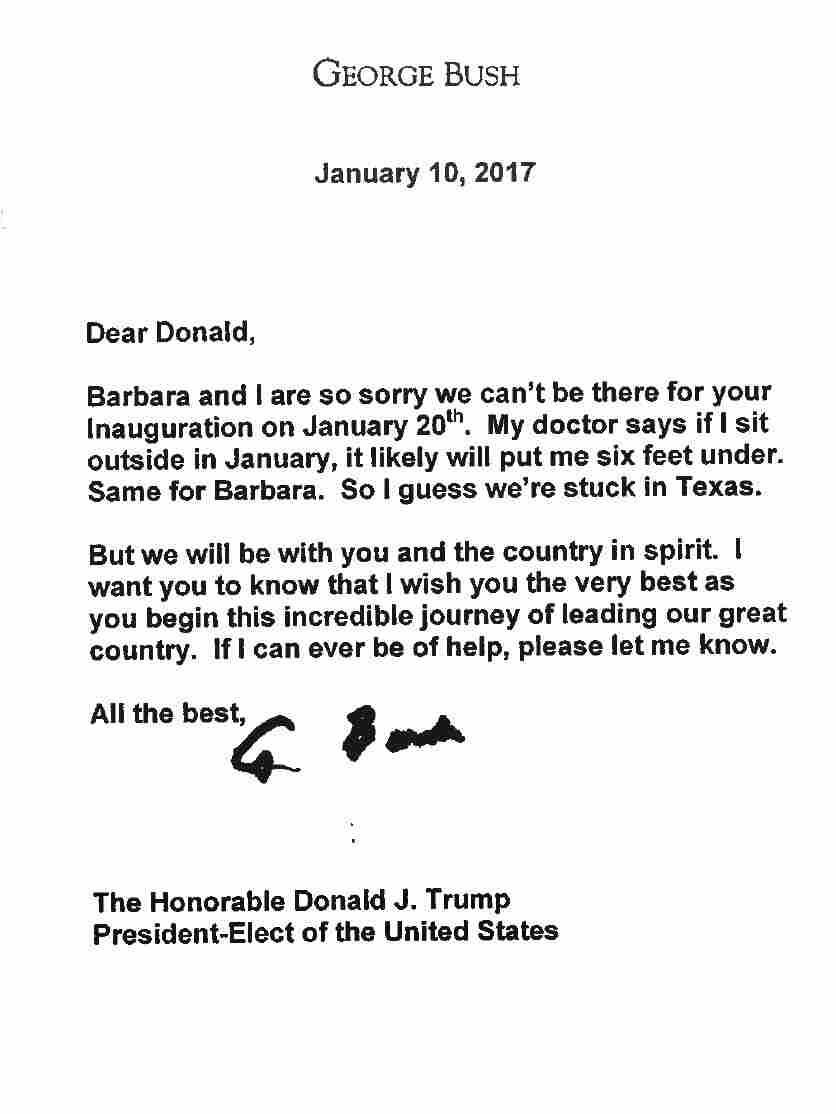 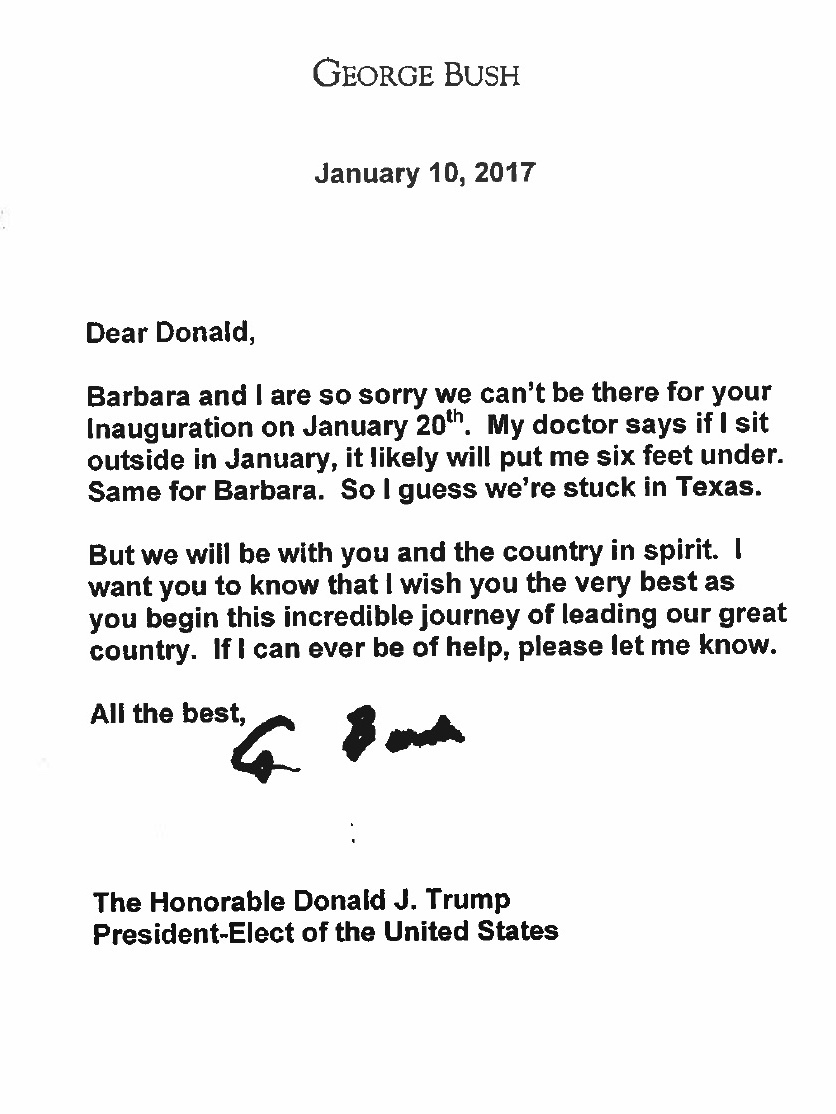 Neither George H.W. Bush nor George W. Bush voted for Trump in November. The president-elect defeated former Florida Gov. Jeb Bush in the GOP primary race — and lobbed consistent insults at him (namely "low-energy Jeb"). Despite any hard feelings from the 2016 primary, the former presidents are showing support as the new president takes office.

Trump later tweeted his thanks and good wishes back at the former president.

Looking forward to a speedy recovery for George and Barbara Bush, both hospitalized. Thank you for your wonderful letter!