Accessibility links
Review: Priests, 'Nothing Feels Natural' Fully embracing the D.C. punk band's pop and experimental leanings, Priests' first album isn't a direct response to the state of the nation so much as a state of mind. 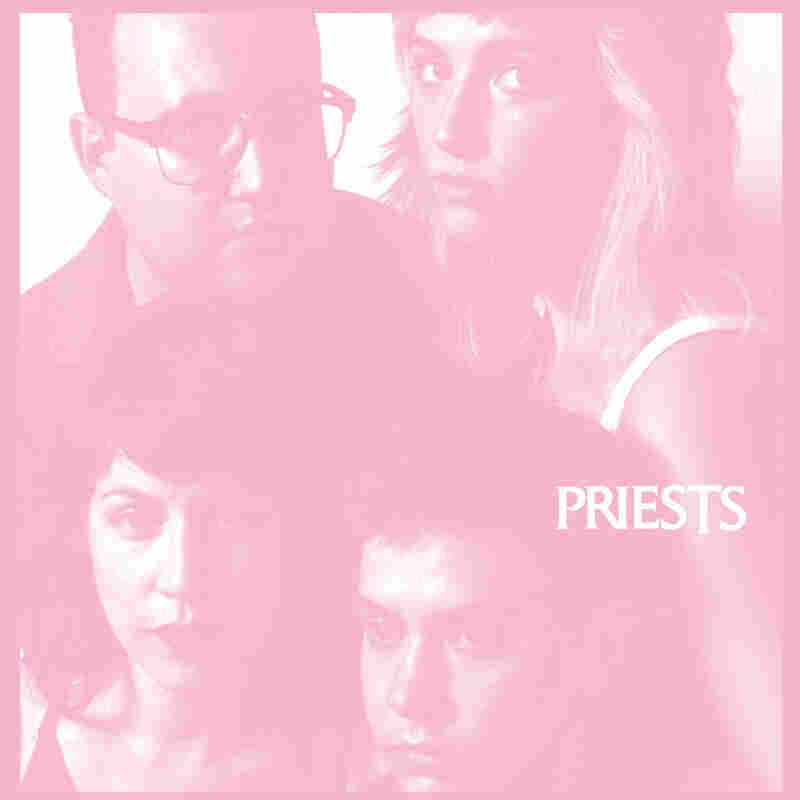 Priests: Nothing Feels Natural Courtesy of the artist hide caption

Amid social and political upheaval, it's only natural to seek out interpreters who use screams, brush strokes and dance to articulate the intangible. It's only natural that art responds in kind to its environment and the hostilities it faces. It's only natural, if flippant and ignorant and unfair, to think that punk only thrives under such circumstances, as if musicians prefer oppression to freedom. But if punk's natural form is protest, if punk's rudimentary form is accessible to even the most musically deficient, if punk is the guardian at the gates yelling for truth and justice, then punk is never complacent. If any band has understood this in recent years, it's Priests — born and bred in Washington, D.C., operating under the notion that nothing about American systems or society is natural.

Nothing Feels Natural, the band's first proper album after a couple of tapes, a 7" single and 2014's Bodies And Control And Money And Power EP, isn't a direct response to the state of the nation so much as a state of mind. For Priests, the personal has always been political; the band recognizes that the self is fluid, and that how we interact with each other is just as vital as how we confront the world. That's why Nothing Feels Natural, in 10 tracks that embody the spirit of punk — while fully embracing the R&B, pop and experimental layers that course through the band's discography — presents itself as a broken and abstract view of what it means to live in a broken and abstract society.

With a spindly riff doubled down by guitarist G.L. Jaguar and bassist Taylor Mulitz, not to mention Daniele Daniele's crisp and powerful drums, Katie Alice Greer sings, "It's a long movie, a long movie, and you are not you / You are not you," in "Appropriate." It's a bruising opener that injects space and chaos into Priests' work — particularly in the song's back half, a doomy Diamanda Galas slice of sax-sputtering skronk played by D.C. jazz musician Luke Stewart.

The band is quick to pivot from the loud to the surreal with "JJ," a deranged surf-pop number that seems transmitted from an alien sock-hop. Perry Fustero bangs on an out-of-tune piano, pulling Priests in and out of rhythmic orbit as Greer makes sense of a fractured relationship in cutaway lines, closing with the damning yet freeing, "Whoever deserves anything anyway? / What a stupid concept." This is an important conceit of Priests, and almost as important is the jagged line that gets the band there. Everything the group does feels like part of a concerted effort to deconstruct the binaries of civilization — man/woman, right/left, creation/destruction — and undercut the entitled structures that uphold them. Later on, "Pink White House" dive-bombs the binary of the American dream in some of Jaguar's most scathing guitar work, but the fact that Greer side-winds her way to this conclusion by way of an everyday relationship is by design: The either/or doesn't exist.

In a record that sees the band significantly step up its musicianship and experiments with songwriting — don't miss the polyrhythmic ESG punk-funk of "Suck" — Nothing Feels Natural's finest moments are the unquiet ones. Guest musician Janel Leppin provides pedal-steel guitar moans over a frantic rhythm section to set the mood of "Leila 20" before G.L. Jaguar rips the feedback from a black hole. In that moment, it feels like several songs crashing in on themselves as the band settles into a dark post-punk nightmare. The title track feels timeless — a mourning dream that floats like The Cure's most tender moments. Greer, with a voice that's evolved from a scream to a nuanced and soulful presence, gives a stirring, vulnerable performance that captures what it's like to be lost and feel lost. Priests wrote "Nothing Feels Natural" in the wake of an album that was originally recorded and scrapped in Olympia, Wash.; the result captures the frustration of being stuck, not only as a band but as people. "If I walk a hundred days / Does it mean I get to say you can't talk to me that way," Greer sings listlessly. But as she repeats "that way" amid moody bass, heavily reverbed chords and Daniele's drums, she begins to shout, regaining power, if only enough to continue: "This is when I'd give a god a name / But to people in sanctuaries / All I can say is you will not be saved."

Nothing Feels Natural recognizes just that: an unsettled state of mind, and of society. In weeks and years to come, it will be tempting to historically pin the record to the election of a president who stands in direct opposition to the values of the band and many who surround it. Priests' members were, are and will be vocal, organizing benefits and engaging in meaningful conversation with their fans and opponents. But Nothing Feels Natural moves beyond the trappings of an album that speaks to a specific time: It wants to keep speaking with us.