Accessibility links
Obama Tried To Close Guantanamo, But Dozens of Detainees Remain Despite President Obama's executive order to close the Guantanamo Bay prison, dozens of detainees from the war on terrorism are still there. 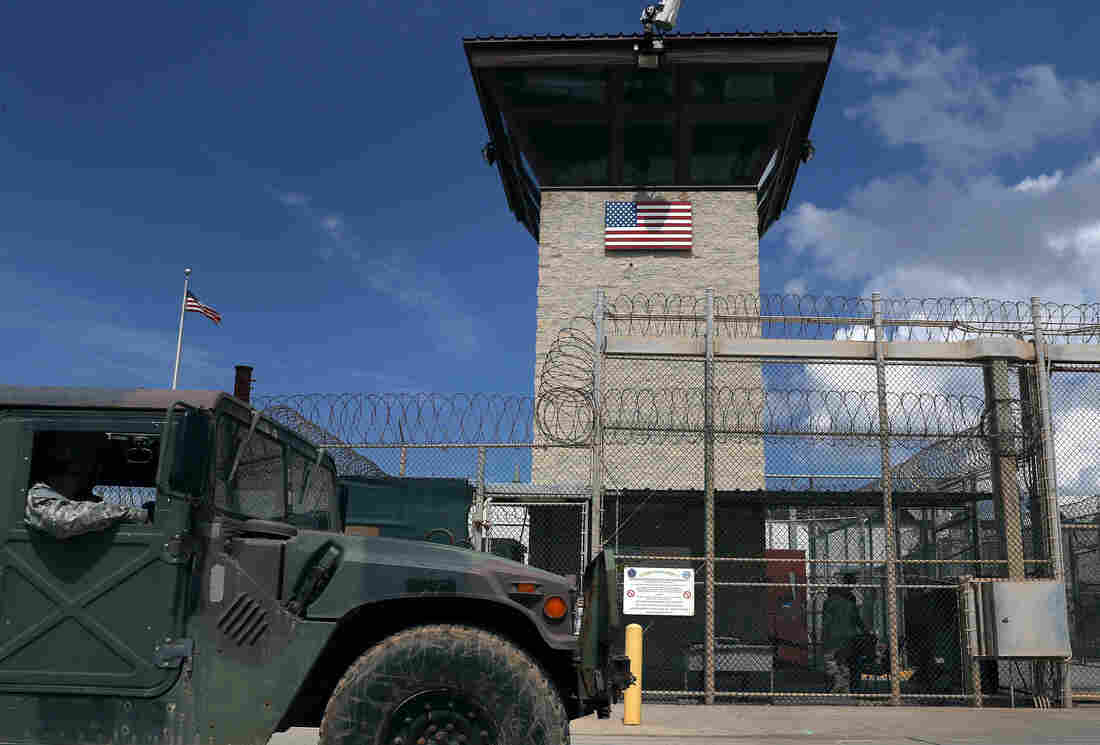 A Humvee passes the guard tower at the entrance of the U.S. prison at Guantanamo Bay in October 2016. John Moore/Getty Images hide caption 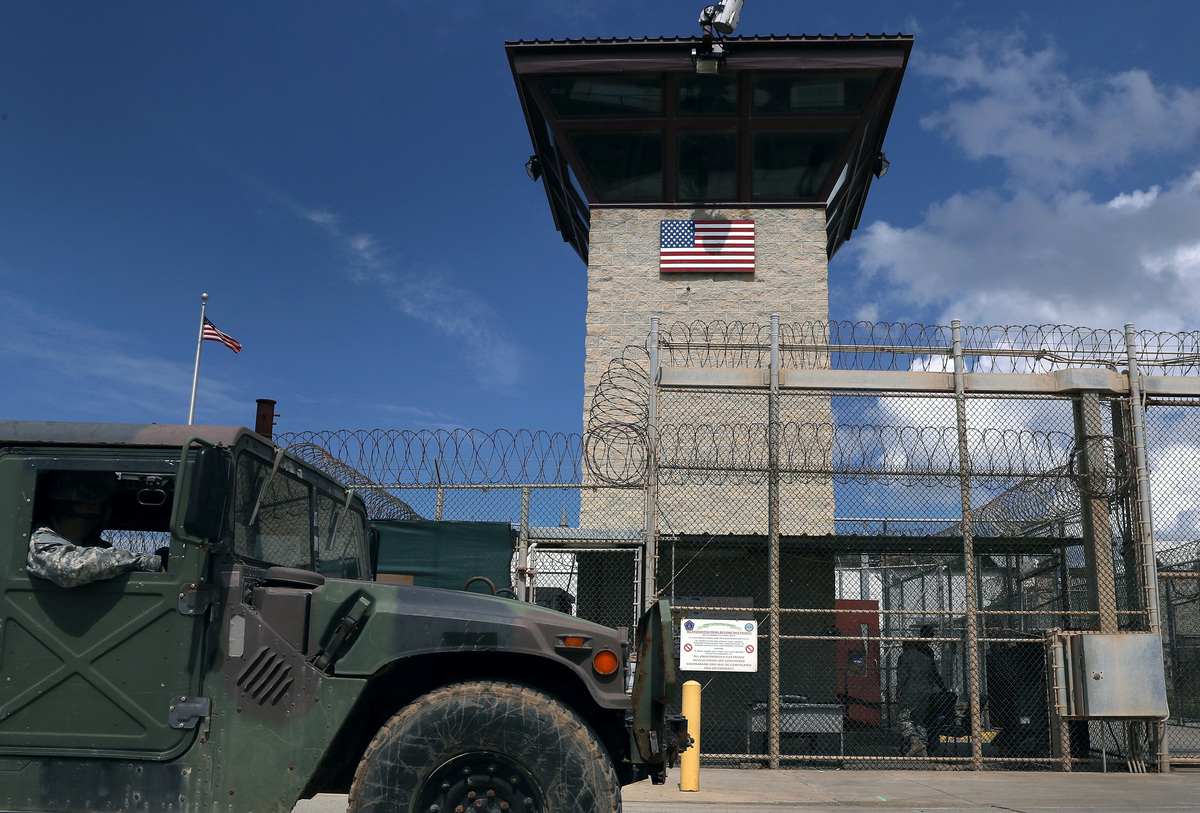 A Humvee passes the guard tower at the entrance of the U.S. prison at Guantanamo Bay in October 2016.

Earlier this week, the U.S. Department of Defense announced it had transferred 10 more Guantanamo detainees, this time to Oman. Now, 45 remain at the facility, leaving challenges on what to do with the prisoners for President-elect Donald Trump.

Back in 2009, on his third day in office, President Obama ordered the detention facilities at Guantanamo to be closed "as soon as practicable, and no later than one year from the date of this order."

The executive order also called for a review of the 240 detainees then held in Guantanamo.

This story was produced in partnership with the PBS series Frontline as part of a larger project about Guantanamo Bay, which will air on NPR and Frontline Feb. 21.

"We concluded that 126 detainees would be approved for transfer. And that means transfer to another country, with security measures," says Matt Olsen, the former head of Obama's Guantanamo Review Task Force, which compiled and evaluated all the available information on the detainees. The files had never been brought together in one place.

But the yearlong review also revealed how complicated the job of closing Guantanamo would be. It still wasn't clear where to put those who could not be released — those who would be tried as war criminals, those considered too dangerous to release but too difficult to prosecute, as well as individuals in more ambiguous categories.

In 2011, Congress began placing restrictions on Guantanamo transfers in its yearly defense authorization bill, effectively stopping the president from transferring the detainees to a U.S. facility. 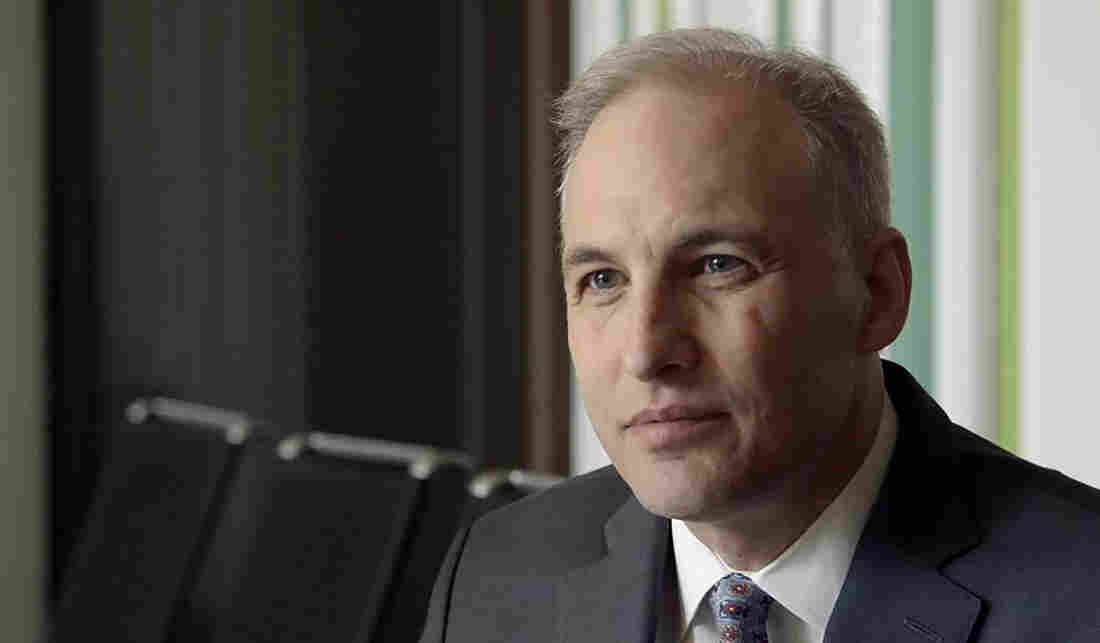 Even the detainees cleared for release were stuck in Guantanamo if they couldn't return home. For example, there were dozens of Yemenis who had been cleared but couldn't return to a country descending into a civil war.

It was up to the U.S. State Department to find a country willing to take the men the U.S. would not.

"It's a very interesting process talking to foreign governments about their willingness to accept detainees for resettlement ... the conversations are difficult. There are many things to work out," he says.

The State Department won't discuss details of the deals between the U.S. and foreign governments to take detainees, but they've ended up all over the world, from Kazakhstan to Uruguay.

Ambassador Lee Wolosky, the current special envoy for Guantanamo closure, says one of the things that makes it difficult to persuade foreign governments to accept detainees is that old but sticky label, "worst of the worst."

"The fact that they have been labeled in a political discourse as the worst of the worst, which some of them are, but some of them aren't. And the ones we're moving out are not, but they're lumped in there," says Wolosky. "That certainly makes the task of doing what we do, which is looking at each case and convincing our foreign partners to look at the facts of each case, more difficult, because of the labeling."

The dozens of detainees left in Guantanamo after Monday's transfer include seven men being tried in military commissions, like Sept. 11 mastermind Khalid Sheikh Mohammed, as well as others whose actual value and danger are contested.

Even if Obama had been able to serve a third term, it's unlikely they'd be anywhere else.

"Until we are able to get a policy, a plan agreed to by a president — and by a Congress — to deal with the reality of, 'What are you going to do to ... address that last group of really hardcore people who are down there?' then this will stay open indefinitely," says Chuck Hagel, who served as U.S. secretary of defense from 2013 to 2015.

Trump has said he intends to start loading up Guantanamo with new war detainees — "bad dudes," in his words.

Hagel says Trump will have plenty of opportunities to do just that.

"The reality is that we are at war. I mean, America is still at war after 15 years. So, as long as that's the reality, we're going to be dealing with Guantanamo. And what you do with those that you capture and you pick up, and ... you have responsibility for."