Accessibility links
Trump's Washington Hotel Draws Protesters — And Ethics Concerns When Trump becomes president, he may violate the lease on his Washington, D.C., hotel. A government agency owns the building, and the contract specifies no elected U.S. official may hold the lease. 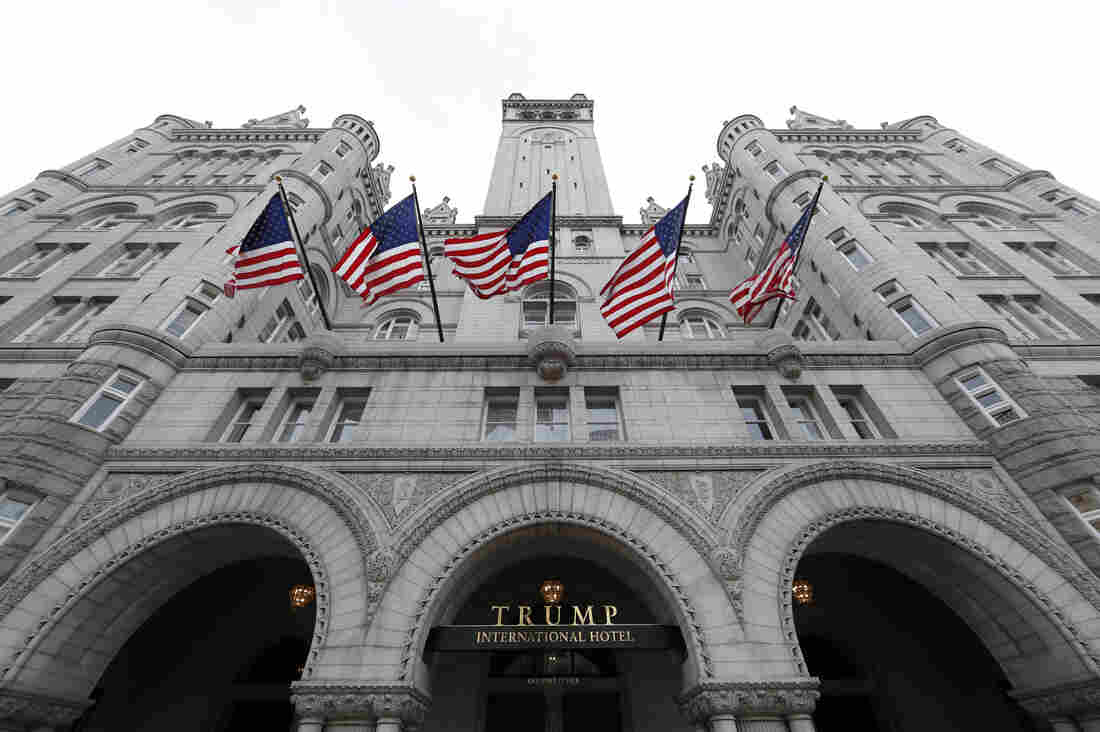 The 60-year lease Trump holds on his Washington, D.C., hotel is with the U.S. General Services Administration, which owns the building where the hotel is located. Alex Brandon/AP hide caption 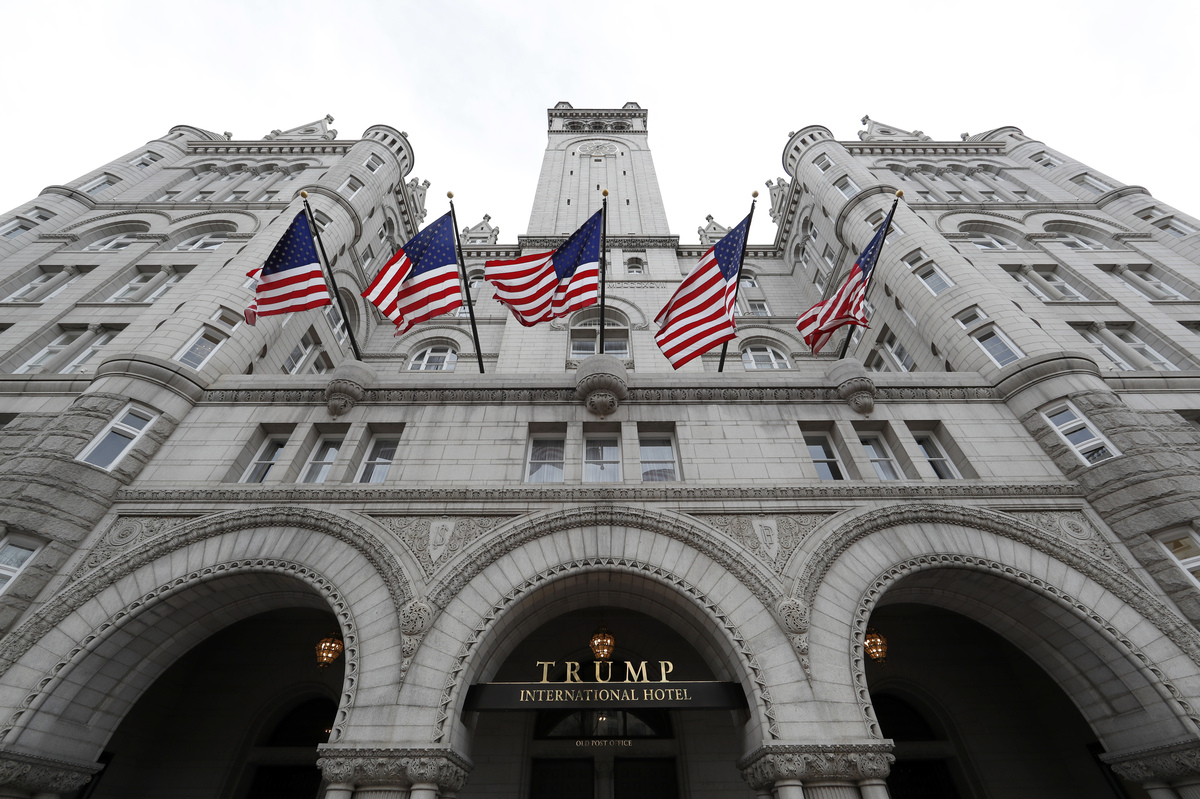 The 60-year lease Trump holds on his Washington, D.C., hotel is with the U.S. General Services Administration, which owns the building where the hotel is located.

On Friday, when Donald Trump puts his hand on a Bible and takes the oath of office, ethics experts say he may very well be in violation of a lease on one of his premier hotels.

The Trump International Hotel is a grand dame of a building on Pennsylvania Avenue, just a stone's throw from the White House. It has become something of a tourist destination in Washington — and a rallying point for protesters — since Trump won the election. This week, they snarled traffic in front of the hotel, and one demonstrator suffered serious burns after trying to set a fire outside the building.

By Wednesday, two days before Inauguration Day, security guards stood behind barricades, allowing in only hotel patrons, specially invited guests and Trump himself, who stopped by Wednesday evening for dinner, as NPR's Tamara Keith reports. An Instagram user who was there posted a video.

Everyone else, including journalists, will have to wait until after the inauguration to get inside, guards said.

But there's other trouble for the hotel. Trump has a 60-year lease with the U.S. General Services Administration (GSA), a government agency that owns the building where the hotel is located. The GSA contract explicitly says that no elected official of the government of the United States may hold that lease.

Steven Schooner, a procurement specialist at George Washington University, says Trump will be in breach of that contract once he takes office. But he says Trump doesn't seem to care.

"There is no evidence whatsoever to suggest that the Trump Organization has made any effort to resolve this problem in advance of the inauguration," he says. 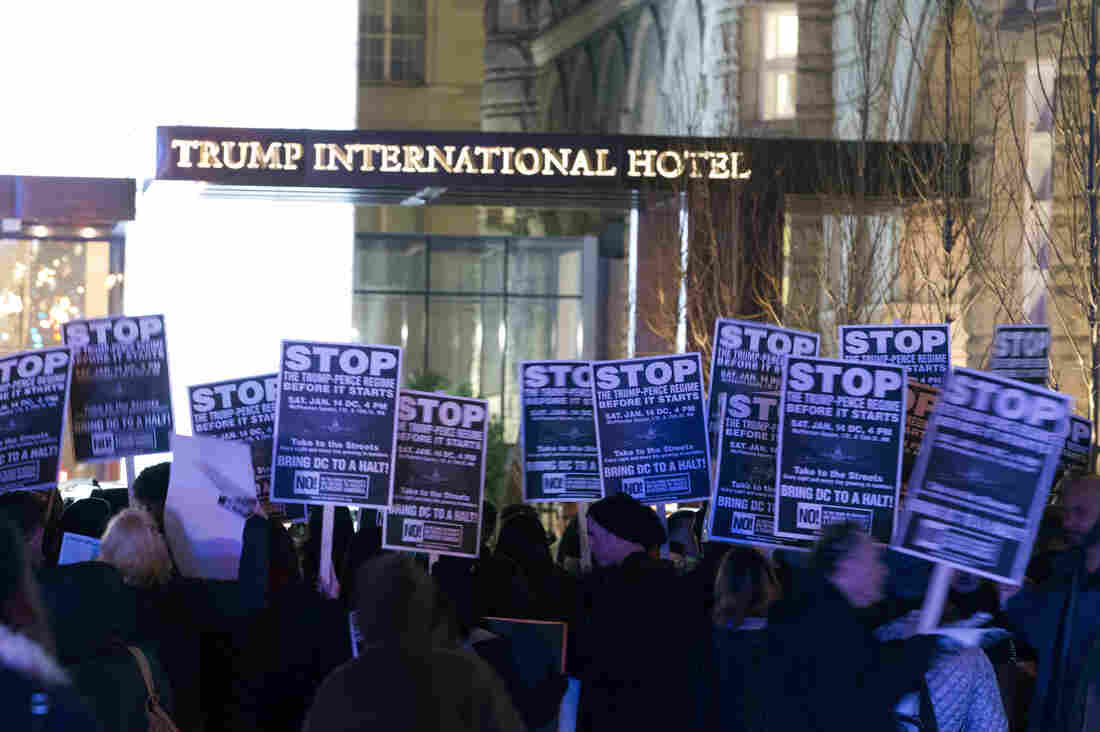 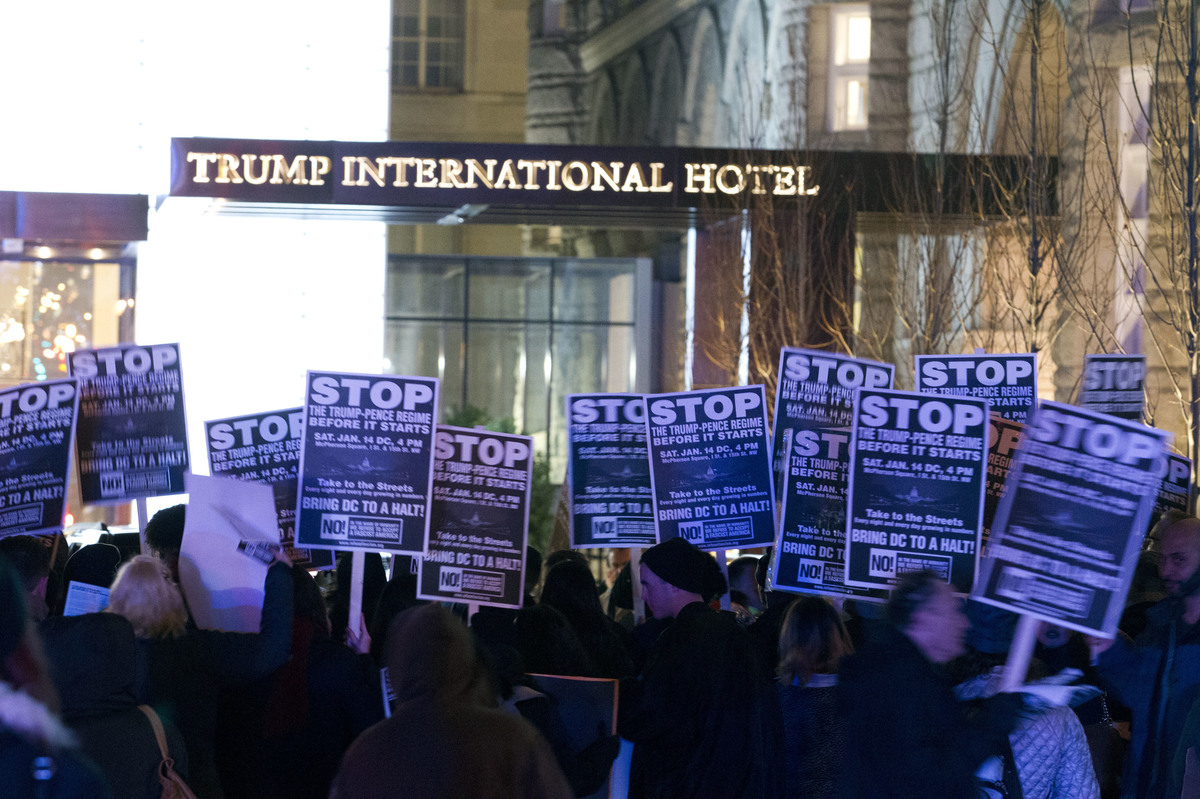 Demonstrators protest outside the Trump International Hotel in Washington, D.C., on Jan. 15.

Last week, Trump laid out his plans for restructuring his business empire while he's in the White House. He said he would hold on to his roughly 500 business enterprises, spanning roughly 20 countries, but hand over day-to-day operations to his two adult sons. Trump also stated that he didn't need to take these steps, as he would be insulated from any conflict of interest laws once he becomes president. While that's true, he will be subject to the Emoluments Clause in the U.S. Constitution, which bars officeholders from accepting gifts from foreign governments without congressional approval.

Schooner says if the Trump Organization holds on to the hotel lease, it sets up numerous conflicts of interest, even if Trump himself isn't heading up daily operations. And once he becomes president, Trump will oversee the GSA — so he'll be both landlord and tenant. 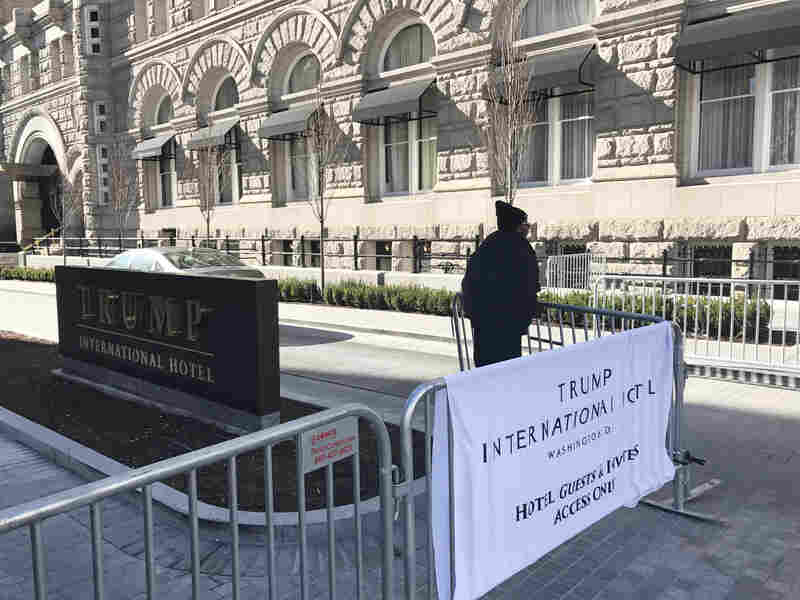 A barricade is set up outside the Trump International Hotel in Washington, D.C. Lucia Maffei/NPR hide caption 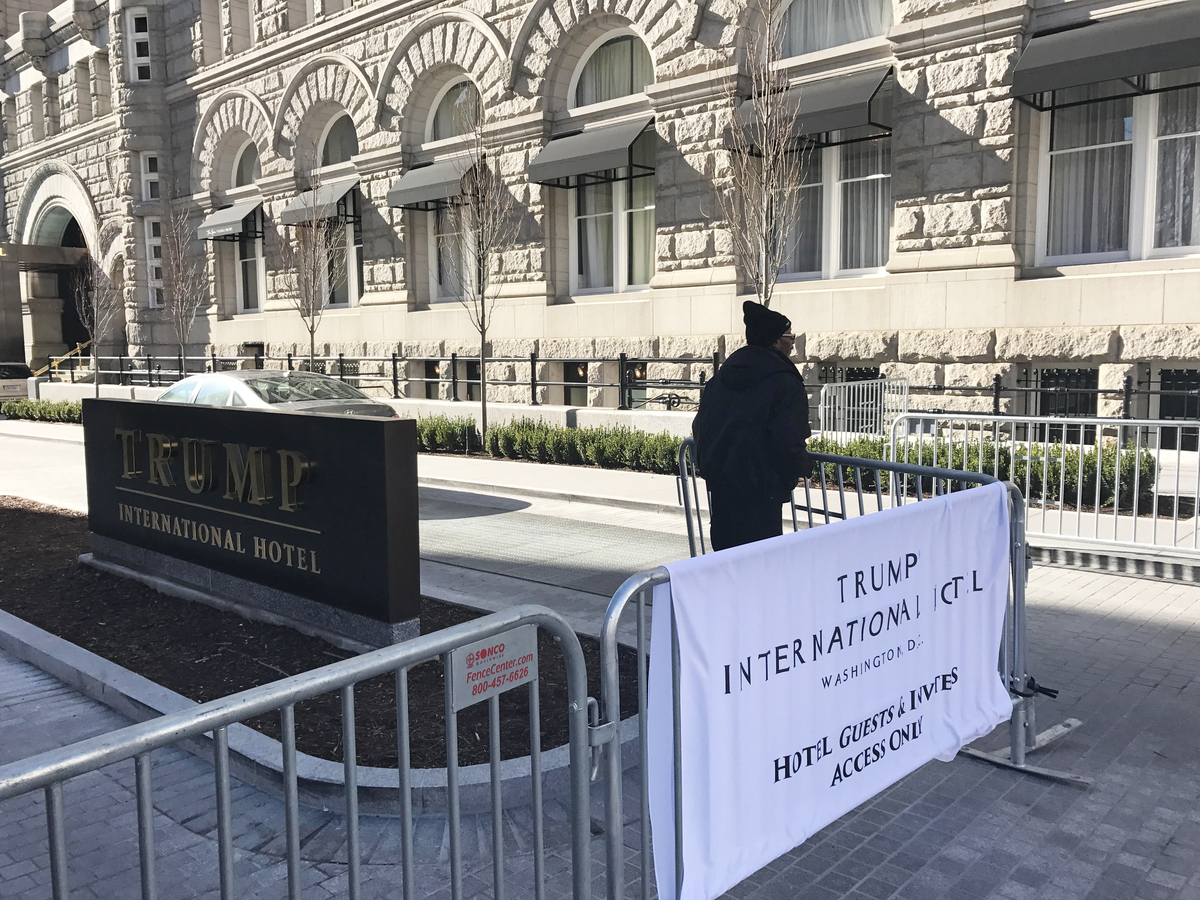 A barricade is set up outside the Trump International Hotel in Washington, D.C.

Schooner says there are other problems, too.

"If foreign states, if lobbyists, special interest groups, pay price premiums at the Trump hotel to host their events, to stay and maybe rub elbows with the president's children, that's a problem," he says.

Trump's lawyer, Sheri Dillon, disagrees. She said at a Jan. 11 press conference that people will not try to curry favor by staying at the hotel.

"Paying for a hotel room is not a gift or a present, and it has nothing to do with an office," she said.

Trump's spokespeople declined NPR's requests for comment. The GSA declined an interview. It said in a statement it needed more information from the Trump Organization about its new business structure before making a decision about the hotel lease.