Accessibility links
Steve Mnuchin, Trump's Nominee For Treasury Secretary, Testifies Steven Mnuchin, who took over a bank that failed because of bad home loans, argued before the Senate Finance Committee that his actions saved thousands of jobs. 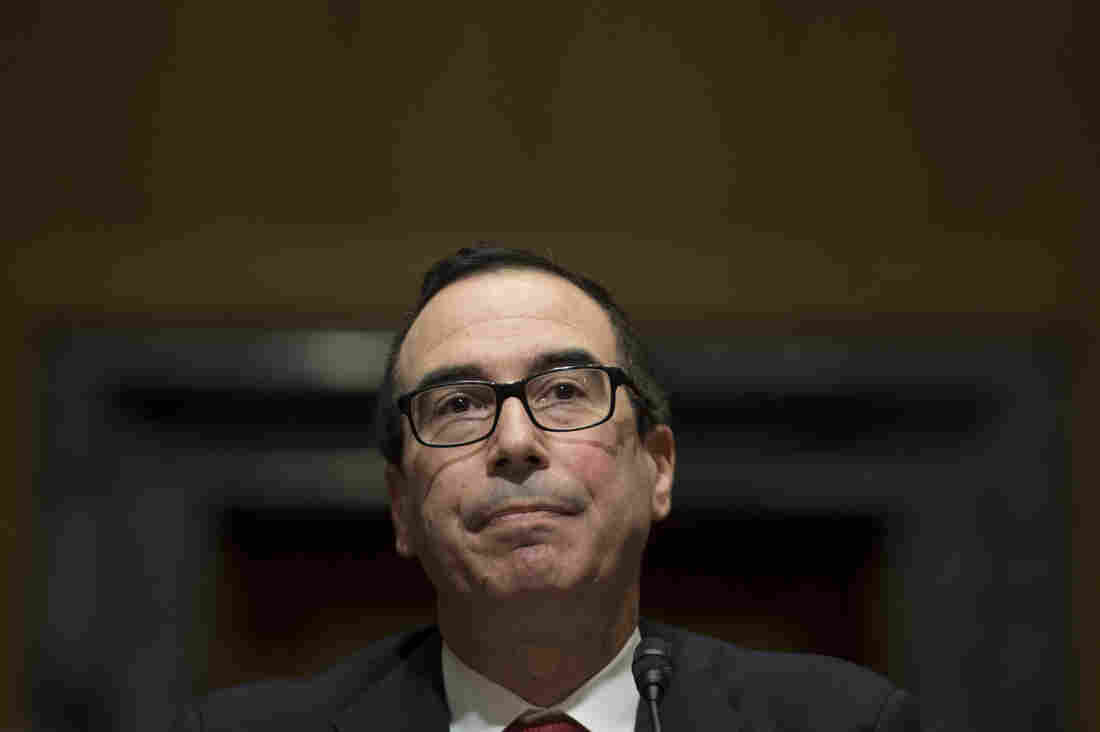 Steven Mnuchin testifies before Senate Finance Committee on Capitol Hill on Thursday, for his nomination to be secretary of the Treasury in the Trump administration. Jim Watson/AFP/Getty Images hide caption 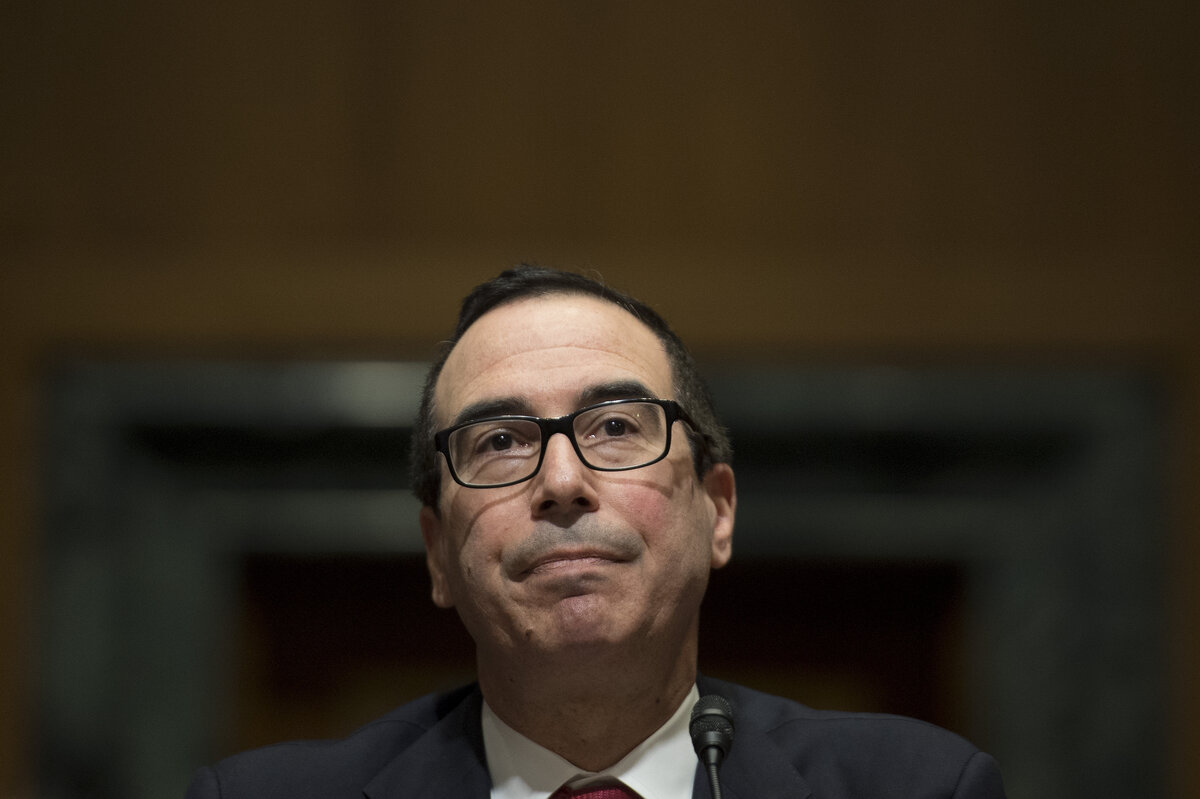 Steven Mnuchin testifies before Senate Finance Committee on Capitol Hill on Thursday, for his nomination to be secretary of the Treasury in the Trump administration.

In a tense hearing Thursday morning, the new administration's Treasury secretary nominee, Steven Mnuchin, faced scrutiny from Democratic senators concerned about him profiting handsomely off homeowners who lost their homes during the housing crisis.

Mnuchin, whose career includes a 17-year stint at Goldman Sachs and Hollywood movie production, got early praise from Republicans. But stiff questioning followed from Democrats for his role as CEO of a company that took over IndyMac Bank, now known as OneWest, which failed because of its bad home loans and later pushed through many controversial foreclosures, ultimately yielding massive profits for Mnuchin.

Oregon Democrat Ron Wyden, the ranking member of the Senate Committee on Finance, called his practices "predatory," saying the bank foreclosed on 35,000 homeowners.

5 Questions About Donald Trump's Cabinet Picks And His Economic Plan

"While Mr. Mnuchin was CEO, the bank proved it could put more people on the street faster than just about anybody else around," Wyden said in his opening statement, referring to OneWest borrowers who came forward with stories of the bank refusing to modify loan terms that might have allowed thousands more troubled borrowers to remain in their homes. Wyden added, "Treasury secretary ought to be somebody who works on behalf of all Americans, including those who still wait for the economic recovery to show up in their communities. When I look at Mr. Mnuchin's background, it's a real stretch to find hard evidence that he would be that kind of Treasury secretary."

"Objectively speaking, I don't think anyone can argue that Mr. Mnuchin is unqualified for this position, so I hope we don't have those type of stupid arguments," Hatch said.

There is no evidence that any laws were broken in Mnuchin's management of OneWest bank, he added.

Given the press around OneWest leading up to the hearing, Mnuchin was prepared for this attack, saying he welcomed the opportunity to set the record straight. "Let me be clear: My group had nothing to do with the creation of risky loans in the IndyMac loan portfolios," he said, pinning blame on the previous leadership.

Mnuchin said in many cases where loan modifications were not possible, it was because of bank, government or other rules that did not give him the flexibility to do so. As Treasury secretary, he said, he would work to change some of those rules.

Mnuchin added that his investor group invested $1.6 billion in the bank, in part to help increase modifications. "We renamed the business OneWest bank and saved thousands of jobs."

Mnuchin's group originally purchased IndyMac for $1.55 billion from the Federal Deposit Insurance Corp. in 2009, then ultimately sold OneWest to CIT Group in 2015 for $3.4 billion.

Mnuchin, 54, a divorced father of three children, followed his father's footsteps to Goldman Sachs, where he worked for 17 years.

Campaign-finance records show Mnuchin contributed to the political campaigns of many Democrats, though he was an early supporter of Donald Trump, having met him about 15 years ago, after Mnuchin left Goldman Sachs and started a hedge fund that later invested in at least two Trump real estate projects. More recently, he has been a money man in Hollywood, with a production company that produced The Lego Movie, American Sniper and Suicide Squad.

Mnuchin's appointment was controversial in part because it departed from Trump's rhetoric on the campaign.

As a presidential candidate, Trump vilified Wall Street bankers, arguing they were part of an establishment more allied with Hillary Clinton. One television ad featured video of Goldman CEO Lloyd Blankfein appearing as Trump says in a voice-over, "it's a global power structure that is responsible for the economic decisions that have robbed our working class, stripped our country of its wealth and put that money into the pockets of a handful of large corporations and political entities."

On several key issues, Mnuchin seemed to differ from some of his party colleagues:

During the hearing, Senate Democrats kept returning to how OneWest handled its portfolio of troubled mortgages. In one heated exchange, Ohio Sen. Sherrod Brown told Mnuchin, "you've been rather defensive, probably for good reason, about this."

Mnuchin shot back: "It's not that I'm being defensive; I'm proud."