Accessibility links
Rick Perry, Energy Nominee, Says He No Longer Wants To Dissolve Agency The former Texas governor once said he would abolish the Department of Energy. Now, as Trump's pick for the agency head, he said said his view on that — and global warming — have changed. 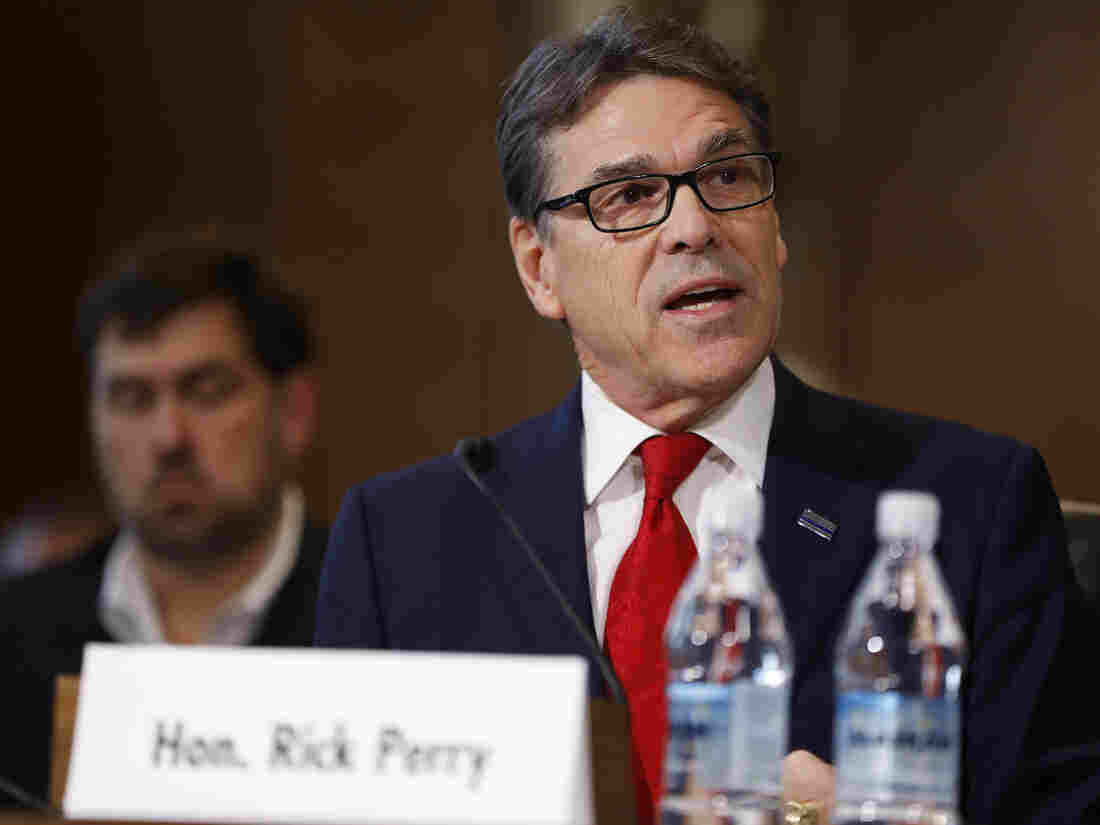 Former Texas governor Rick Perry had his confirmation hearing Thursday as President-elect Donald Trump's pick for secretary of energy. He said he no longer wants to get rid of the agency. Aaron P. Bernstein/Getty Images hide caption 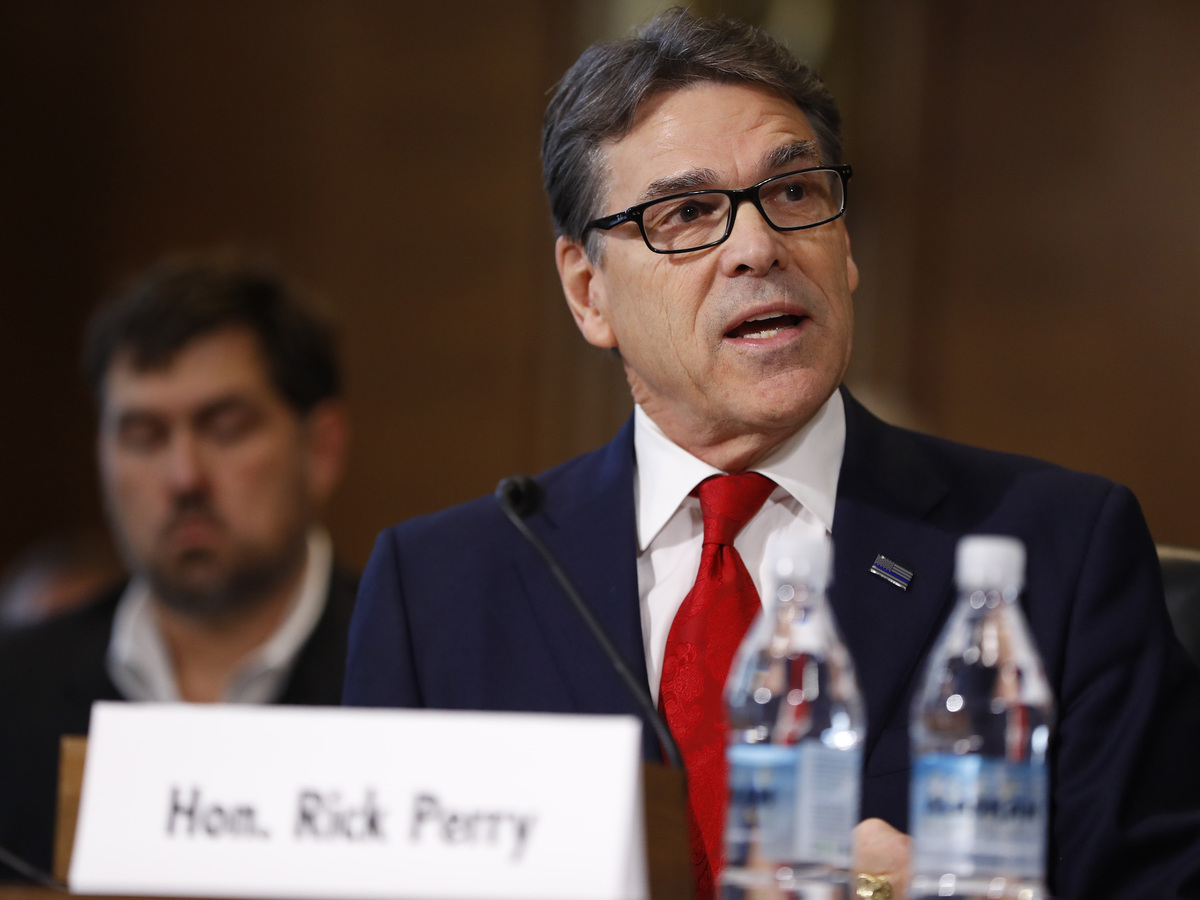 Former Texas governor Rick Perry had his confirmation hearing Thursday as President-elect Donald Trump's pick for secretary of energy. He said he no longer wants to get rid of the agency.

Even Rick Perry changes his mind.

At his confirmation hearing as President-elect Donald Trump's pick for Secretary of Energy, the former Texas governor said he no longer wants to do away with the department he once said should be eliminated.

Or, at least, that was something he tried to say.

In 2011, during one of his presidential campaign debates, Perry could only remember the names of two of the three agencies he wanted get rid of. The third agency is the very one he was chosen by Trump to head.

Perry said at the hearing that he regrets ever suggesting that idea.

"My past statements made over five years ago about abolishing the Department of Energy do not reflect my current thinking," Perry said.

That was not the only message that differed from his past views.

At various times, Perry has questioned the role of human activity in climate change. At one campaign event, he accused scientists of manipulating data to continue gaining funding on research.

Today, Perry said he believed both natural and man-made activity were causing the climate to change.

"The question is how we address it in a thoughtful way that doesn't compromise economic growth," he said.

He was challenged on this statement by Sen. Maria Cantwell, D-Wash.

"I guarantee you today we are compromising economic growth because of our over-dependence on fossil fuel," Cantwell said.

She said climate change is hurting her state's economy by intensifying wildfires and hurting the shellfish industry.

She also pressed Perry on a questionnaire the Trump administration has circulated through the Department of Energy. It sought the names of employees who attended climate change meetings.

Perry said the questionnaire went out before he was nominated.

Perry's critics also question how Perry will manage the Department of Energy with a lack of scientific background.

The agency oversees 17 national laboratories and is charged with keeping the country's nuclear weapons safe.

Perry said he learned as governor of Texas how to identify talented people who can help with management.

Perry also made no promise when Sen. Catherine Cortez Masto, D-Nev., sought assurance that the Yucca Mountain repository in her state would never be used.

"I will not sit here in front of you in a committee hearing and tell you absolutely, no way is Nevada going to be the recipient of high-level waste," he said.

The hearing ended on a lighter note with an exchange between Perry and Minnesota Senator Al Franken.

"Did you enjoy meeting me?" Franken asked, referring to a conversation he had with Perry before the hearing.

"I hope you're as much fun on that dais as you were on the couch," Perry said.

Perry asked to rephrase the statement once he saw it could be interpreted differently, changing his mind on something once again.