Accessibility links
Trump At Lincoln Memorial Concert: 'You're Not Forgotten Anymore' "This journey began 18 months ago," Trump said after the concert. "I had something to do with it, but you had much more to do with it than I did. I'm the messenger. I'm just the messenger."

Trump At Lincoln Memorial Concert: 'You're Not Forgotten Anymore'

Trump At Lincoln Memorial Concert: 'You're Not Forgotten Anymore' 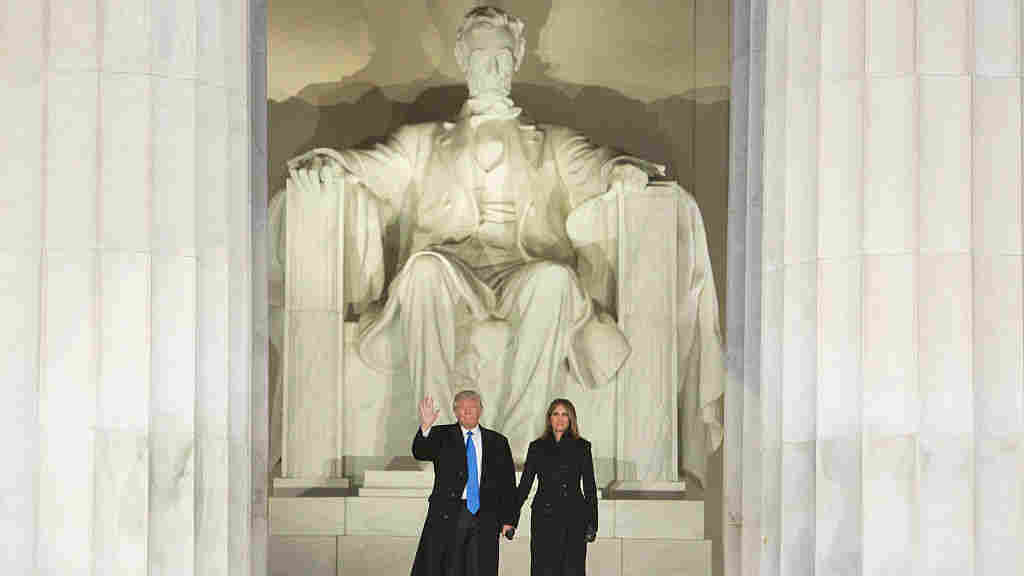 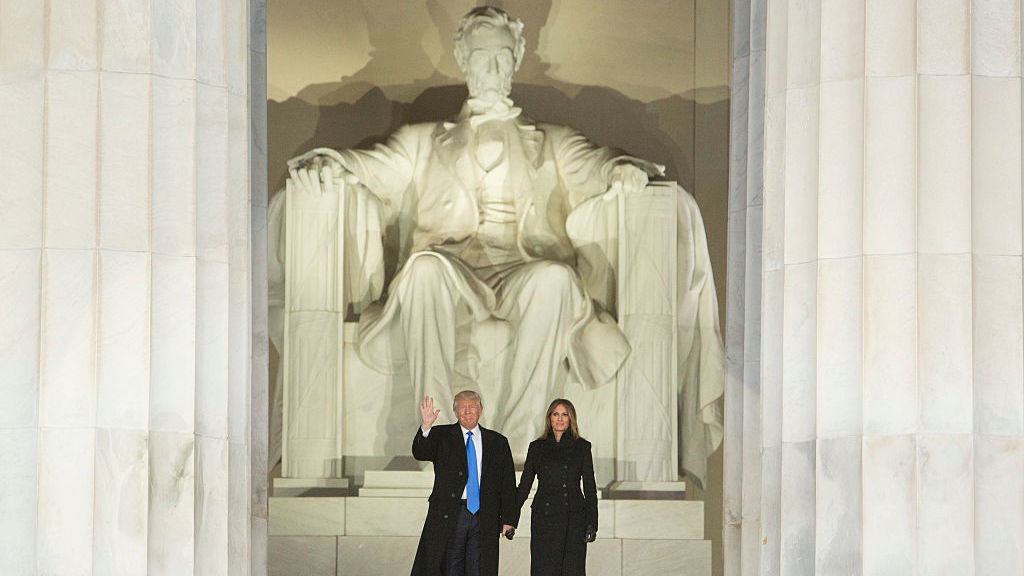 President-elect Donald J. Trump and his wife, Melania, arrive for the inaugural concert at the Lincoln Memorial.

President-elect Donald Trump kicked off his inaugural festivities on Thursday evening with a concert at the Lincoln Memorial, promising to unify the country but also reflecting on his unlikely election. 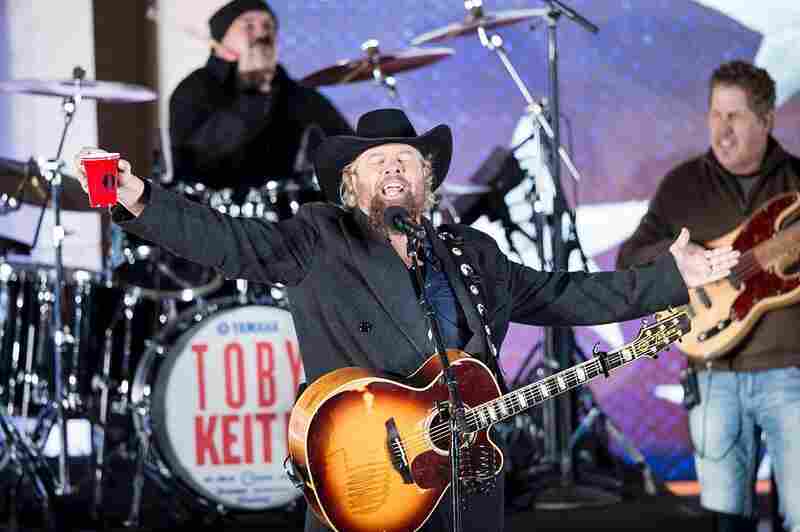 Country singer Toby Keith performs for Trump and his family during a welcome celebration at the Lincoln Memorial. Brendan Smialowski/AFP/Getty Images hide caption

He pledged to "make America great for all our people," citing his campaign slogan. And Trump told his supporters — calling them "the forgotten man and the forgotten woman" that helped propel him to victory — that they wouldn't be "forgotten anymore."

What To Expect For Donald Trump's Inauguration

He recounted how the polls had counted him out against Democratic rival Hillary Clinton — a favorite tale of his to tell in the weeks after his win.

"That last month of the campaign, we knew that something special was happening," Trump said. "And I can only tell you this, the polls started going up, up up, but they didn't want to give us credit because they forget about a lot of us." 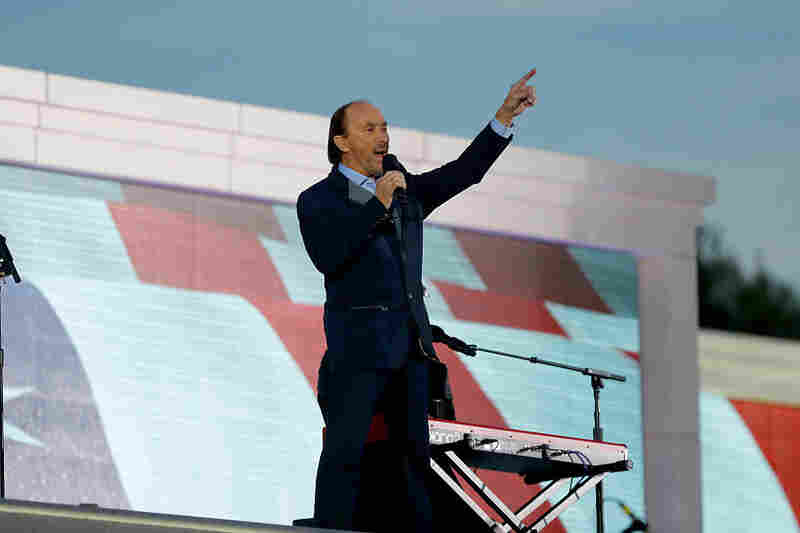 Trump's remarks weren't without bombast, though.

He boasted of the crowds that had gathered — though the National Mall and surrounding areas were nowhere near capacity. 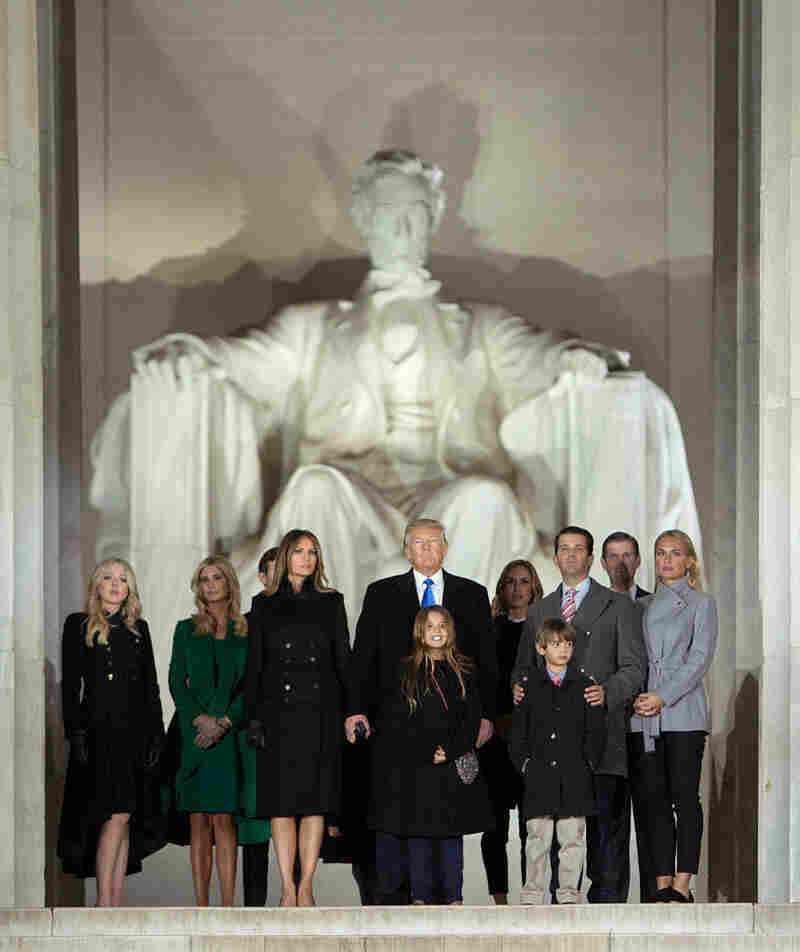 He said of the concert at the Lincoln Memorial: "I don't know if this has ever been done before."

In fact, several presidents have held pre-inauguration concerts there, including George W. Bush and Barack Obama. Obama's 2009 celebration featured Beyoncé, Bruce Springsteen and U2 and drew more than 400,000 people.

Trump said he was looking forward to officially taking the oath of office on Friday at noon, telling the crowd, "You're going to cheer me on but I'm going to be cheering you on because what we've done is so special."

Trump spoke at the end of the concert, which had earlier featured performances from Lee Greenwood, Toby Keith, 3 Doors Down and a fusion drummer/DJ called Ravidrums. A fireworks celebration concluded the concert.

And while the pomp and circumstance of the evening overall, along with Trump's more muted words, did strike the unifying theme that was missing throughout the bitter campaign, actor Jon Voight's comments to begin the evening didn't exactly set that tone.

"We have been witness to a barrage of propaganda that left us all breathless with anticipation, not knowing if God could reverse all the negative lies against Mr. Trump, whose only desire was to make America great again," Voight said, reflecting back on the campaign.