Accessibility links
As Trump Takes Office, He Still Faces Questions About Conflicts Of Interest The president-elect has settled some of the legal and regulatory disputes he's embroiled in, but critics say his actions don't go far enough.

As Trump Takes Office, He Still Faces Questions About Conflicts Of Interest

As Trump Takes Office, He Still Faces Questions About Conflicts Of Interest 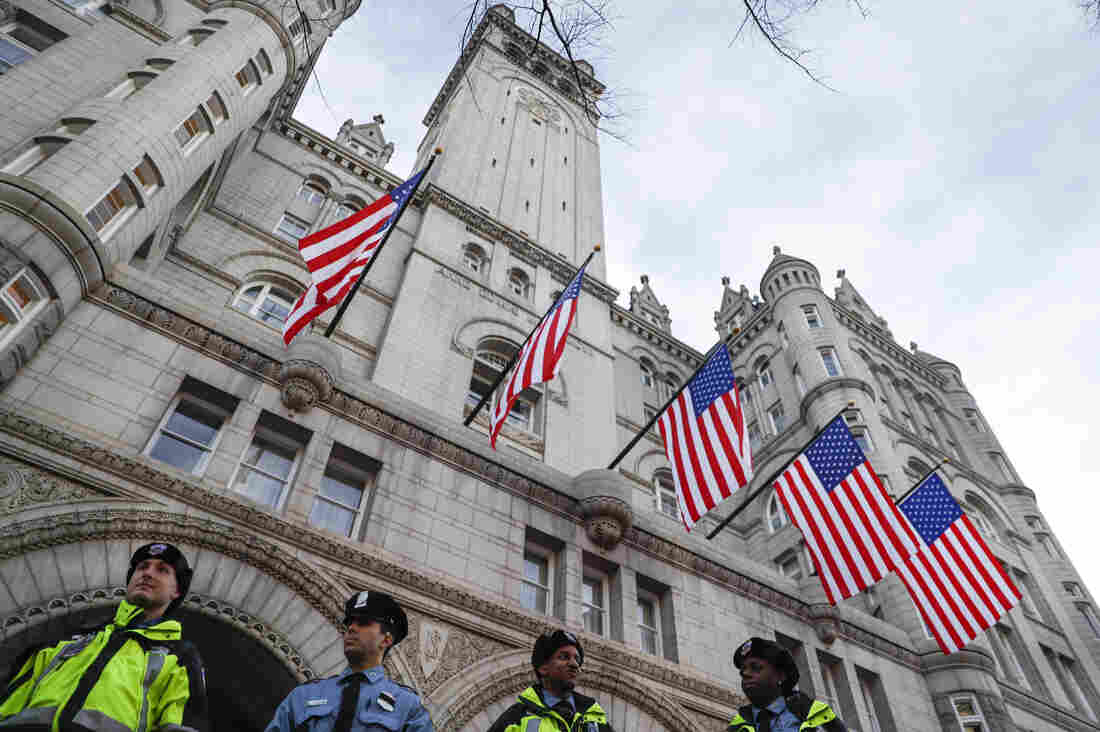 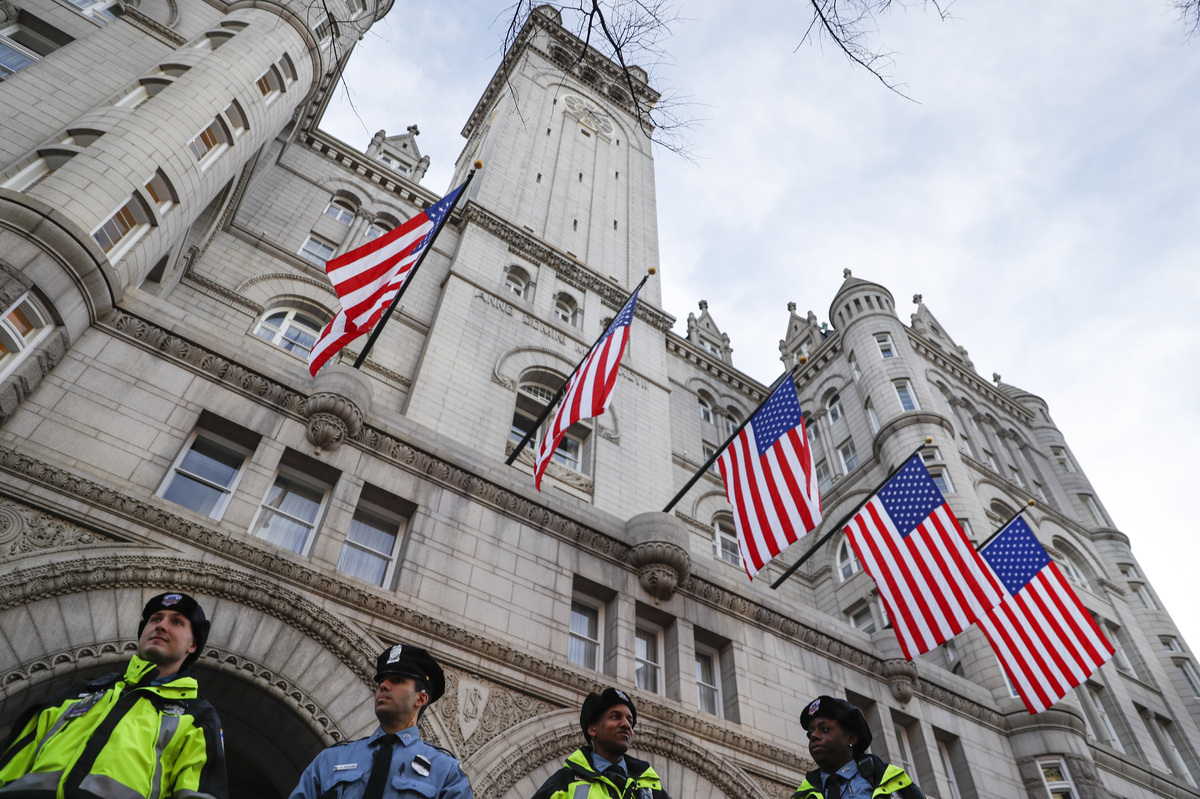 Police stand guard outside the Trump International Hotel on Pennsylvania Avenue in Washington, D.C., on Thursday ahead of Friday's presidential inauguration.

President-elect Donald Trump takes office on Friday having largely failed to address concerns about the many conflicts of interest posed by his business interests.

Although Trump has settled a few of the outstanding legal and regulatory disputes hanging over him, he remains in the unusual position of presiding over countless policy decisions that will affect his own businesses.

"There's an issue about whether the president and his family will use the presidency for self-enrichment," says Robert Weissman, president of the advocacy group Public Citizen in an interview with NPR.

But, Weissman says, "The most important part of the problem is how these conflicts will affect policy-making. That is an inescapable and pervasive problem. It doesn't matter whether or not Donald Trump is operating in good faith. So long as he has these conflicts, he can't not know what he owns and he also can't not know how policy decisions will affect his businesses."

Since his election, Trump has settled a long-running dispute with the National Labor Relations Board over a unionization drive at hotels in Las Vegas and Atlantic City. He also settled a class-action suit by customers of Trump University for $25 million.

The president-elect has also said he wants to close the much-maligned Trump Foundation, although he has been blocked from doing so for now by the New York Attorney General's office, which is investigating the charity.

But Trump has indicated he will continue to own his many U.S. and foreign businesses, and has rejected calls to sell them and put the proceeds in a blind trust. Instead he says he will hand them over to his grown sons to manage.

But that falls well short of addressing the ethical conundrum he faces, say numerous critics from both major parties.

"Stepping back from running his positions is meaningless from a conflicts of interest perspective. Nothing short of divestiture will resolve these conflicts," Walter Shaub, director of the Office of Government Ethics, said earlier this month.

Trump has dismissed such concerns, saying presidents are exempt from the federal statute barring White House officials from profiting off their positions.

"First and foremost, I don't know how many times it can be stated: The president by law doesn't have conflicts. I mean, it's somewhat of a silly discussion," incoming White House spokesman Sean Spicer said at a press conference last week.

But critics note that Trump's business interests pose other legal concerns. For example, Trump owns real estate properties in foreign countries backed in some cases by overseas banks, a potential violation of the Constitution's emoluments clause.

"He has enough money. His family has enough money. It's time to do the job he asked the American people to elect him to do," Richard Painter, ethics adviser to former President George W. Bush, said in an interview with NPR this month.

One big outstanding legal issue involves the considerable debt held by Trump's businesses, some of which was lent by foreign banks overseen by U.S. regulators. Trump biographer Timothy O'Brien addressed the issue in an interview with NPR this month:

"He owes over a billion dollars to about 150 institutions across Wall Street. He's going to be regulating all those banks. He plans to push through an aggressive deregulation of the financial services industry. It's going to be impossible for him to pursue those goals without people questioning whether or not he's doing them in the service of his own business needs."

Another potential conflict involves the fate of the Trump International Hotel in Washington, D.C., which was built on the site of a former post office. As NPR's Jackie Northam has reported:

"Trump has a 60-year lease with the General Services Administration, or GSA, which owns the building. The GSA contract explicitly says that no elected official of the government of the United States may hold that lease."

That means Trump will be in violation of the lease as soon as he's inaugurated, but it remains unclear whether the GSA will challenge his ownership, especially since the agency will have to answer to Trump himself.

Spicer shrugged off concerns about the hotel on Thursday, when he was asked by a reporter about Trump's plan to hold a luncheon at his new Washington hotel on the day before his inauguration. Critics say that by doing so, Trump is lining his pockets by promoting his own property.

"He's very proud. It's an absolutely stunning hotel. I encourage you to go there if you haven't been by. But I don't think the idea that President-elect Trump is having a reception at the Trump Hotel should be a shocker to anybody," Spicer said.