Accessibility links
StoryCorps: For A Garbage Man In Minnesota, 'Trash Tells A Story' When times were lean for Lutheran pastor John Marboe and his family, he took on shifts hauling trash. It's a job that reminds him that small and unnoticed things people do for others are valuable. 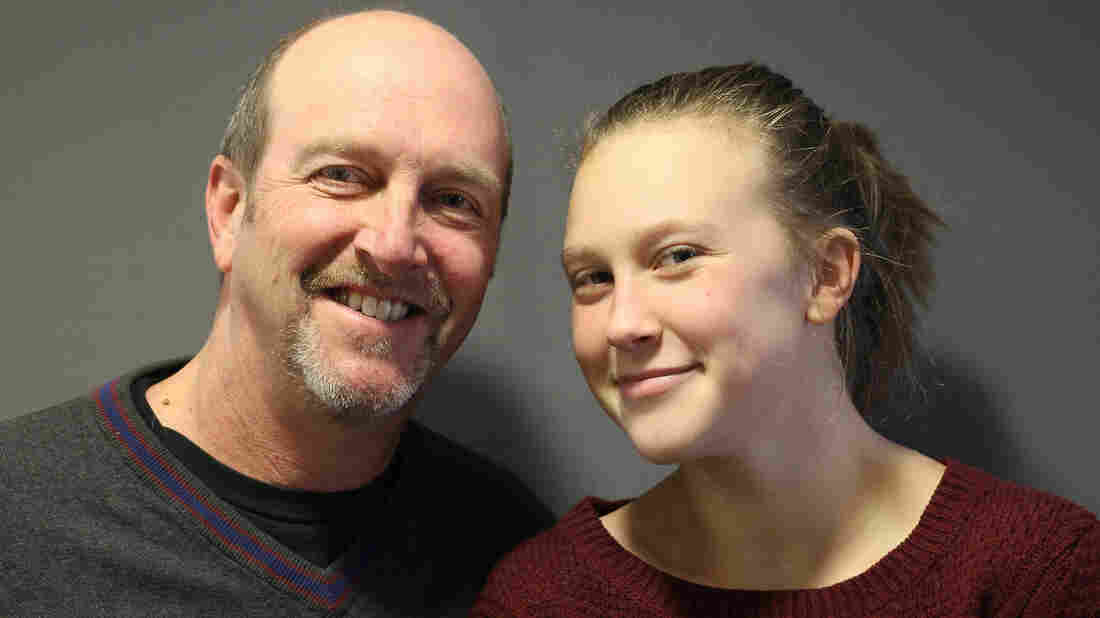 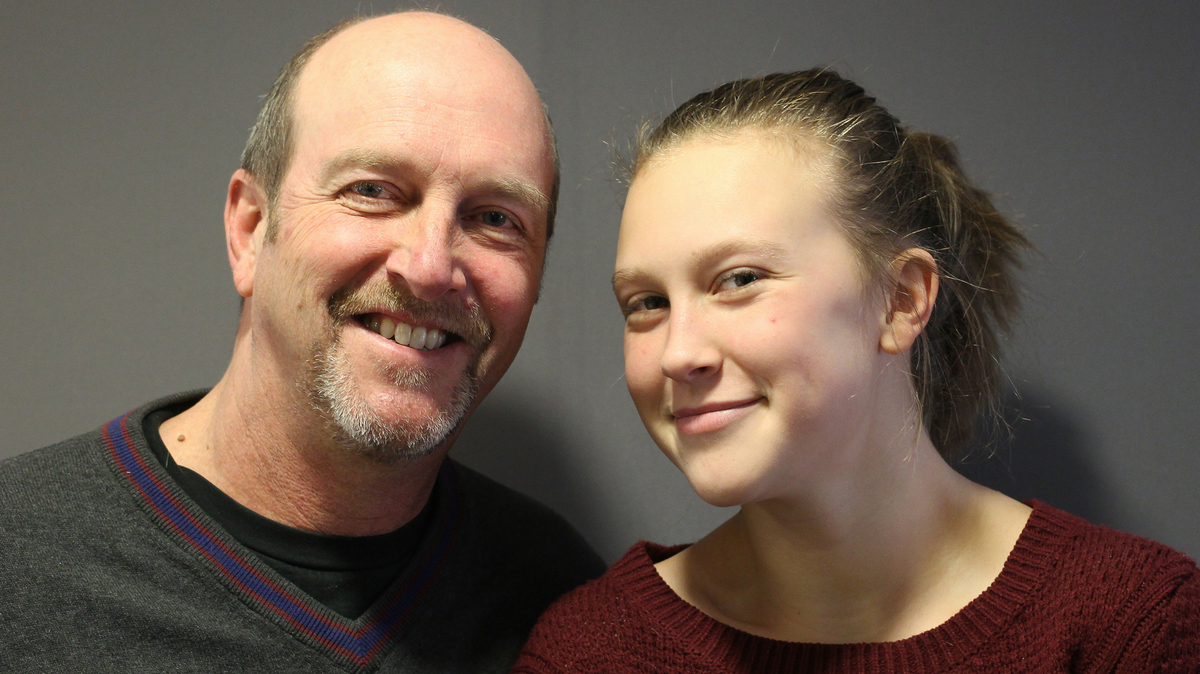 John Marboe and his 13-year-old daughter, Charlie, at StoryCorps.

John Marboe is a Lutheran pastor who grew up admiring his local garbage collectors in Alexandria, Minn. When times were lean for his family, he decided to take on some shifts hauling trash.

6-Year-Old Boy's Wish To Be A 'Garbage Man' Granted

At StoryCorps in Minneapolis, Marboe tells his 13-year-old daughter, Charlie, that he's been hauling trash since she was about 8.

"Did I ever tell you the story about when I pulled up to an intersection and there was a mother and her little children and her littlest boy just started waving and I was waving," he says. "And the mother looked up at me with this kind of concerned look and then grabbed her son. It was almost as though, 'No, that's not something you're going to want to be.' " 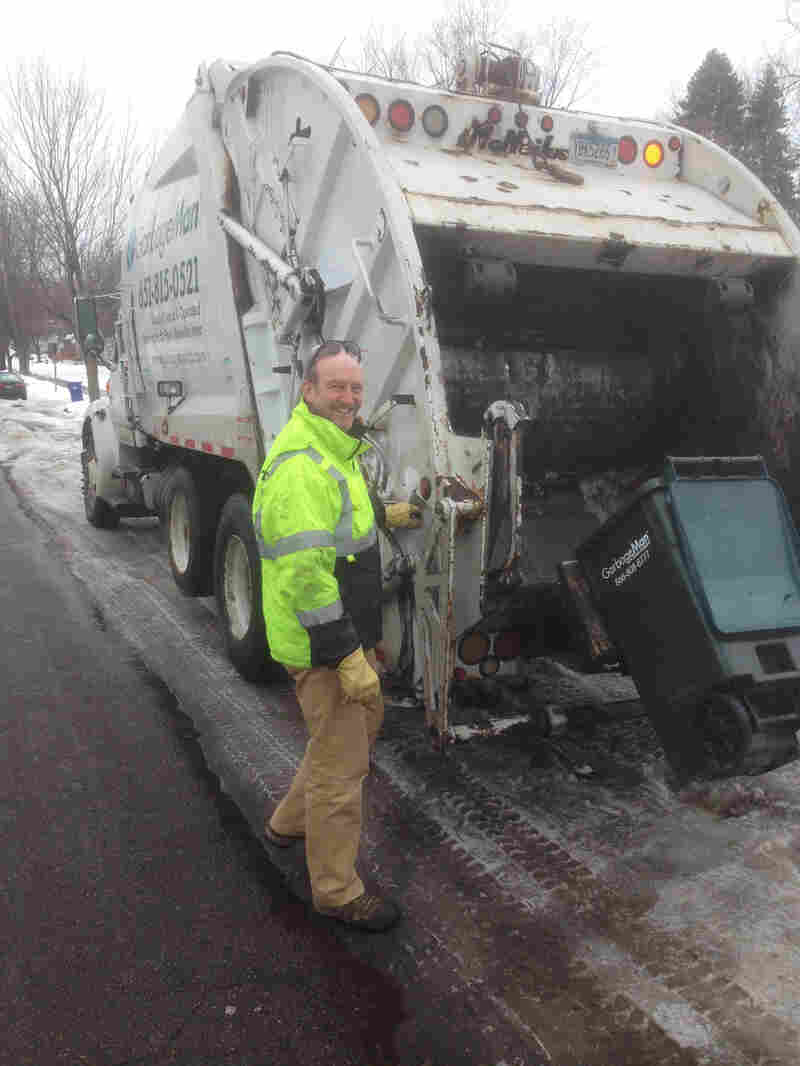 John Marboe is a Lutheran pastor in St. Paul, Minn., and an adjunct professor at the University of Minnesota, but says he keeps hauling trash because it's important. Courtesy of John Marboe hide caption

Marboe, a Lutheran pastor in St. Paul, Minn., is also an adjunct professor at the University of Minnesota, teaching youth and spirituality, and he received his Ph.D. in mythological studies in 2011. He took the trash collector job because he was unemployed and needed to support his family.

"I don't know if I want to say it's more important, but it's differently important. You're doing something for people, and I think especially, I'm aware of that when it's hot out, when it's really smelly, when there are a lot of maggots," he says. "But as a garbage man, I probably know more about people on my route than their pastor does — because their trash tells a story."

"I looked at it and I thought, 'You know what? I'm paid here to take out the trash, not to intervene in people's lives based on what I find.' As a pastor, all I could do was say a prayer," he says.

Charlie's first sentence was 'It all goes,' and that, Marboe says, has special relevance to trash collection and life.

"'It all goes.' And to do the trash, it's sort of a reminder that every small thing that we ever do for other people is valuable, even if it might be really small and unnoticed," he says.