Accessibility links
Charles Lloyd, Lucinda Williams Cover Bob Dylan's 'Masters Of War' Bob Dylan's song is a blunt object, liturgical in its cadence and damning in its censure. The saxophonist and singer tackle it with grace and a small but useful tension. 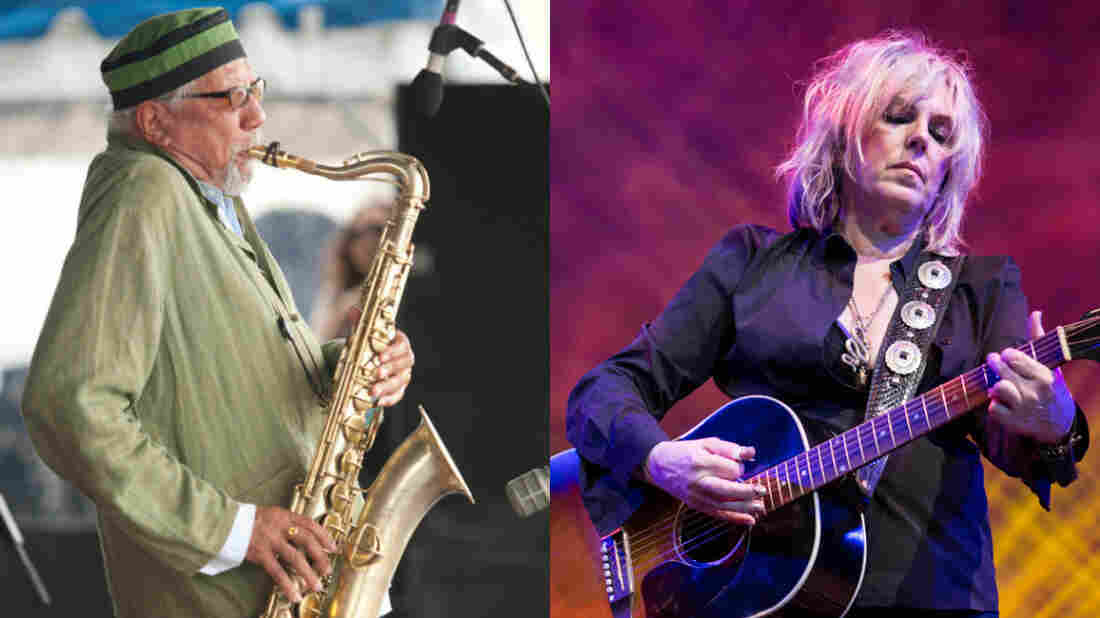 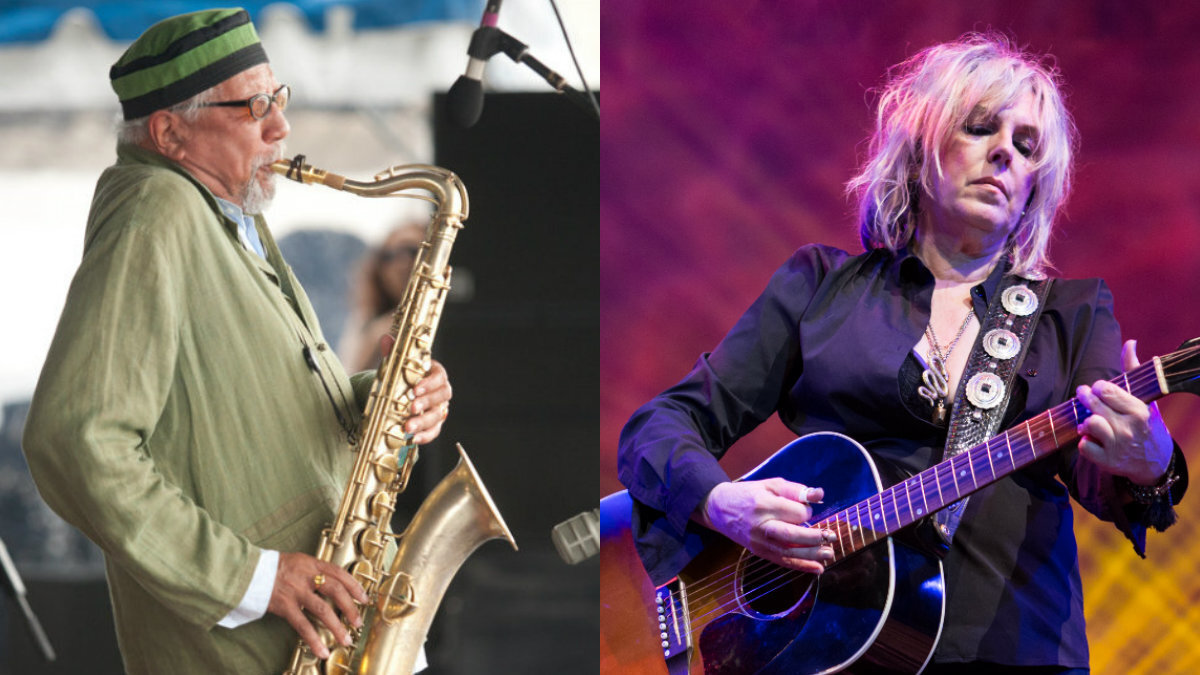 Charles Lloyd (left) and Lucinda Williams recorded a live version of "Masters Of War" at the Lobero Theatre in Santa Barbara, Calif., on Nov. 28, 2016.

There's no room for ambivalence when you perform Bob Dylan's "Masters Of War." Among the earliest major contributions by our current Nobel laureate in literature — first published as sheet music in Broadside magazine in 1963, and then included on The Freewheelin' Bob Dylan that spring — the song is a blunt object, liturgical in its cadence and damning in its censure. That's true even on this gracefully bobbing live version by Charles Lloyd & The Marvels, with Lucinda Williams on guest vocals.

Lloyd is a tenor saxophonist and flutist long associated with a peace-and-love agenda: He lived in Greenwich Village in the early 1960s, moving in a bohemian circle that included Dylan. Near the end of that decade he found great success as a jazz mystic among hippie seekers at the Fillmore Auditorium in San Francisco.

Williams, who happens to be playing the Fillmore this Friday and Saturday, hails more from folk-rock and rugged country, but her connection with Lloyd doesn't feel arbitrary. She had already played "Masters Of War" with the saxophonist and his band a few times before this performance, which took place in late November, on Lloyd's home turf in Santa Barbara, Calif.

The two artists have different relationships with the song, which lends a small but useful tension to their interactions. Lloyd, who played an instrumental version on his recent album I Long To See You, has said that he first connected with the song by way of the folk singer Odetta. Her take on "Masters Of War," on the 1965 album Odetta Sings Dylan, is indignant but calm, above the fray.

Williams, more of a hardboiled Dylan-ite, takes the rage and spite of the lyrics and goes to town. When she sings, "You ain't worth the blood that runs through your veins," you can almost feel the withering heat of her glare. And, like Dylan, she puts raw feeling into the delivery of the words, making them bristle and growl. (A reviewer for the Santa Barbara Independent called her performance of the song here "a climax of purposeful protest.")

As for the other members of the band — Bill Frisell on guitar, Greg Leisz on pedal steel, Reuben Rogers on bass and Eric Harland on drums — they keep the song grounded but light on its feet. Frisell, who has had "Masters Of War" in his own repertory for years, turns his peekaboo chords and arpeggios into a running commentary, while Harland finds room to buckle and thrash.

Just as there's a clear message in the song, about the cynical profit motive of the military-industrial complex, there's some obvious intentionality behind the timing of this track's release. Williams and Lloyd see fit to let Dylan's words do the talking — up to the bitter end, which has the narrator standing and gloating over a metaphorical grave. As Dylan put it in a conversation with Nat Hentoff, for the liner notes of The Freewheelin' Bob Dylan: "I don't sing songs which hope people will die, but I couldn't help it with this one."

"Masters Of War" is available now via Blue Note.