Accessibility links
George W. Bush And His Poncho Steal The Show At The Inaugural Parade Former President George W. Bush had a really hard time figuring out his poncho at the inaugural parade.

#Meme Of The Week: George W. Bush Battles Poncho At Inauguration And Loses

#Meme Of The Week: George W. Bush Battles Poncho At Inauguration And Loses 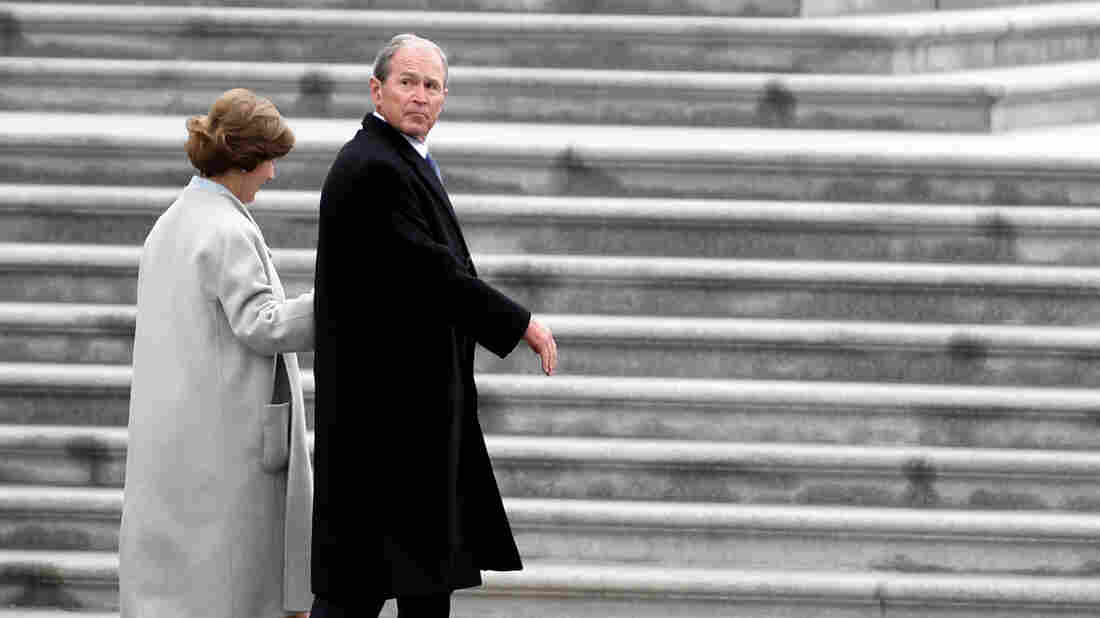 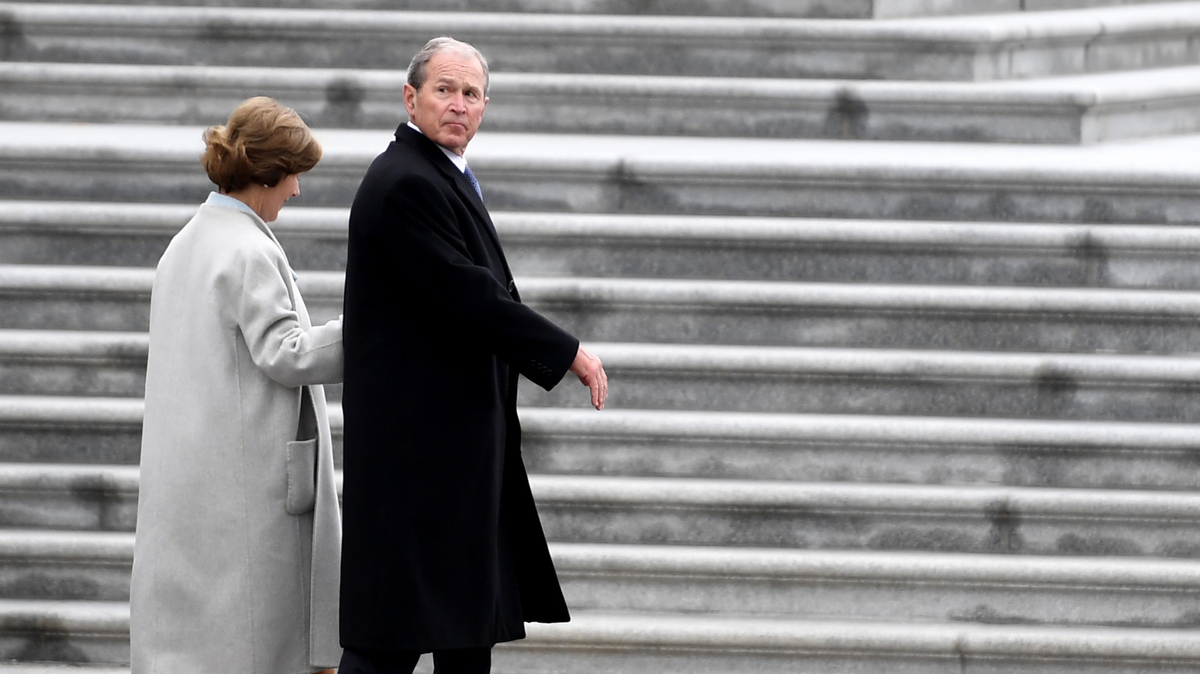 The inauguration of President Donald Trump was a divisive event, as the protests in Northwest D.C. showed. But a few blocks southeast, another battle was unfolding on the inaugural stage.

Not between Republican and Democrat, but between a man and his poncho.

Other attendees had translucent ponchos. Former President George W. Bush went that route, but it didn't work out exactly as planned.

As much as he tried, he just couldn't seem to get the poncho to cooperate, and the Twitterverse couldn't let it go.

Never thought I'd say that George W Bush is all of us, but here we are #Inauguration pic.twitter.com/anqkQWhDCq

Bush shouldn't worry though; it's not the first time a Republican has got himself into some trouble with a poncho. Back in 2012, former presidential candidate Mitt Romney was criticized for making fun of some NASCAR fans for wearing the rain gear, saying: "I like those fancy raincoats you bought. Really sprung for the big bucks."

If history is any guide, will the dreaded poncho make another splash on the political stage four years from now?

Or will it be bubble gum?

Here's Rick Perry blowing a bubble with his gum behind President Trump as the rabbi spoke pic.twitter.com/zrvrINKISs