Trump Signs Executive Order To 'Ease The Burdens Of Obamacare'

Trump Signs Executive Order To 'Ease The Burdens Of Obamacare' 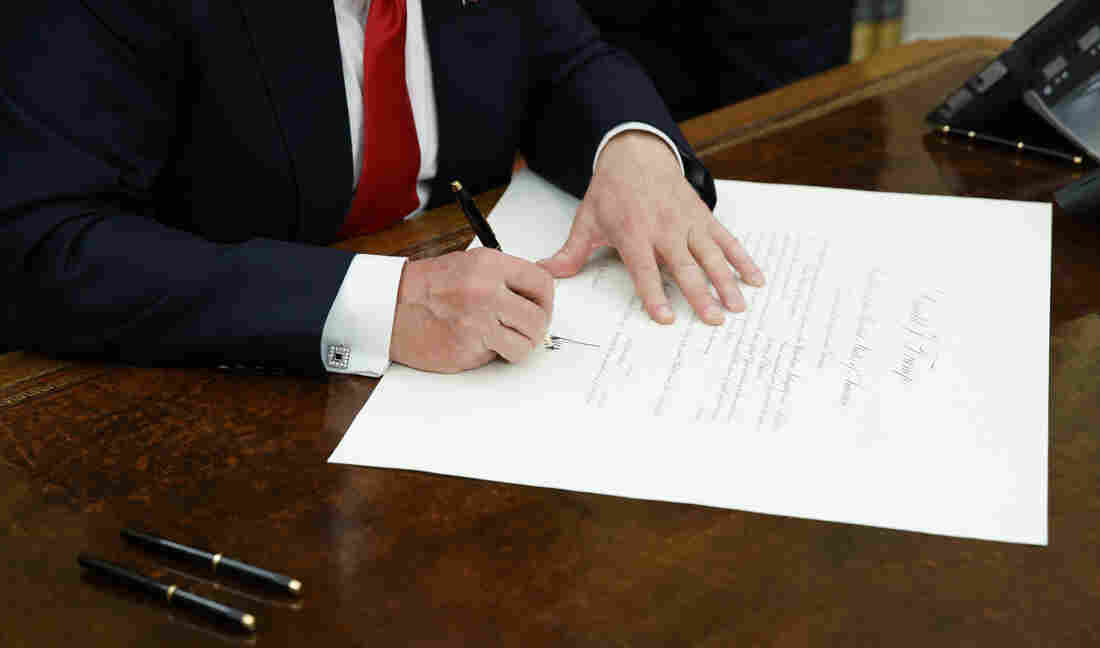 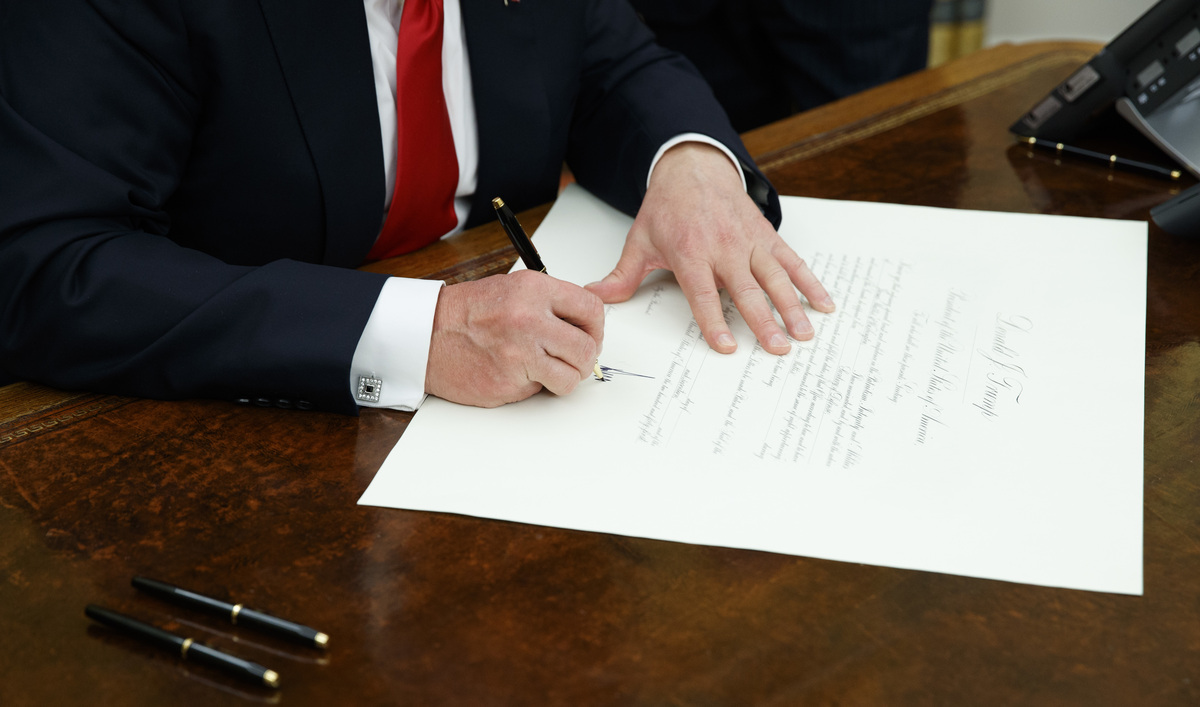 President Trump signs a confirmation for James Mattis to be defense secretary, Friday in the Oval Office.

As promised, President Trump got to work on Day One, spending some time in the Oval Office in between the inaugural parade and a trio of formal balls.

Trump signed an executive order Friday night directing government agencies to "ease the burdens" of Obamacare while the new administration and Congress work toward repealing and replacing the Affordable Care Act.

White House Chief of Staff Reince Priebus presented Trump with the order, which he described as: "An executive order minimizing the economic burden of the Patient Protection and Affordable Care Act pending repeal."

It's not clear what kind of relief the executive order envisions.

.@potus signs documents to allow Mattis and Kelly to be sworn in & exec order on #Obamacare pic.twitter.com/CdGcGlyfbI

Trump called his first day in office "busy, but good."

"A beautiful day," he added, before changing into formal wear for a round of celebratory balls.

Also Friday evening, Priebus was preparing a memo for all federal agencies, ordering a freeze on government regulations. It was not immediately clear whether that order would apply retroactively to regulations in the pipeline from the outgoing Obama administration.

The new president is already putting his mark on the workspace. Crimson drapes in the Oval Office have been replaced with gold. Obama's rug, featuring inspirational quotes such as, "The arc of the moral universe is long but it bends towards justice," has been swapped for a new floor covering. And a bust of Winston Churchill once again occupies a place of honor. The Churchill bust had been removed during the Obama years, replaced by a bust of Martin Luther King Jr. That bust is still there.

A previous version of this story implied that the bust of Martin Luther King Jr. had been removed from the Oval Office. It turns out that the bust is still there and had just been obscured from the sight of the pool reporter by a door and an agent.