Accessibility links
A Failed Revolution And A Failed Marriage In 'Dark At The Crossing' Elliot Ackerman's new novel Dark at the Crossing follows an Iraqi man who tries to cross into Syria to fight Bashar al-Assad, but gets caught up with a charismatic Syrian exile and his troubled wife. 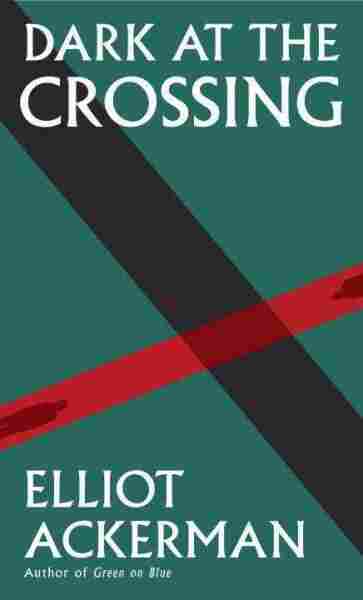 Dark at the Crossing

Elliot Ackerman's new novel Dark at the Crossing is about a man who escaped one conflict zone with his life, and now wants to break into a new one.

Haris Abadi — an Iraqi who worked for U.S. special forces during the Iraq War and later became a U.S. citizen — wants to put his new life on the line to free Syria from the cruel grip of Bashar al-Assad.

But Haris is turned back at the Turkish-Syrian border, then robbed, then taken in by Syrian refugees who make him look into his own commitment. Is it to Syria — or, ultimately, his own definition of himself?

Ackerman, a former Marine who now lives in Istanbul himself, tells NPR's Scott Simon that Haris is a man of two identities. "He is an Iraqi, born in Iraq, but a naturalized American citizen, and he's someone who stands in conflict with himself."

He feels a draw back to that part of the world, specifically what's going on in Syria, you know, a cause that he feels at least at face value is just, meaning fighting for democratic reforms in that country — as opposed to the experience he had in his own country, fighting alongside the Americans in a war that he felt to be unjust — so, you know, he's a conflicted person.

On marriage and revolution

The person Haris meets, Amir, who is a Syrian refugee and a former activist in the revolution, is stranded in this border town, which is a place called Gaziantep — which is today a real crossroads for anyone engaged in the Syrian civil war. And Amir is there with his wife Daphne, and as you quickly learn, they lost a daughter in the revolution ... as a mother, Daphne is sort of unable to reckon with the loss of her daughter, and is drawn back into Syria, whereas her husband won't go. And that's sort of, when Haris meets them, that's the rift in their marriage.

And so there are a lot of parallels I could see in the emotional journey someone would take in a revolution. If you think about it, in so many ways in our own lives, on a more intimate level, a marriage is ... a tiny revolution in and of itself. We give ourselves entirely to another person, we upend our world for whatever that nascent love is we feel. But when a marriage falls apart, there is a real reckoning with how you make a life again in the wreckage. And so I could see that type of parallel emotional journey.

The thing that captivated me most, and still does — you know, Faulkner has this great quote, it's from his Nobel Prize acceptance speech, saying "the only thing worth writing about is the human heart in conflict with itself." And often as a novelist that's what I'm looking for, because that's what I want to write about.

...when a marriage falls apart, there is a real reckoning with how you make a life again in the wreckage. And so I could see that type of parallel emotional journey.

And sitting out at restaurants with friends of mine who are from Damascus or from Aleppo and talking to them, if they had been in the revolution the thing that you could see is, we would start a meal, particularly [in] 2013, 2014 with them very earnestly ... saying "Elliot, you don't understand, you know, President Obama needs to start supporting the Free Syrian Army with the troops and with weapons, and we can still win this." ... And by the end of the dinner, you know, ... they would be looking down in their dessert, saying, "I regret the whole thing. I wish we'd never gone on the streets. I've destroyed my own home by doing this and now I'm sitting across the border relatively safe while my family is suffering." And you could see, on the one hand ... they're very proud — and should be — for going out in their time and standing in the streets and demanding democratic reforms against an authoritarian rule. I mean how can you fault anyone for doing that? But the reciprocal has been that their homes have been destroyed. They can never go back to their country.

A friend of mine who's a Syrian poet once made the point to me, he said, "you know, Eliot, it's wonderful now. I'm a poet, and I've left my country for the first time in my life. I can write whatever I want to write." He said the problem is, you can't be a Syrian poet without Syria.