'The Bear And The Nightingale' Is A Rich Winter's Tale

'The Bear And The Nightingale' Is A Rich Winter's Tale 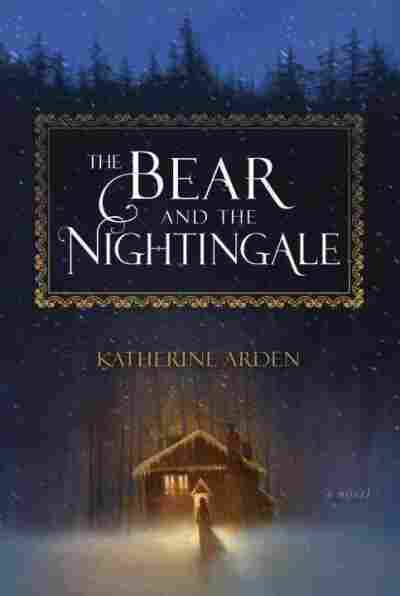 The Bear and the Nightingale

Title
The Bear and the Nightingale
Author
Katherine Arden

I read this book of winter nights and northern forests at the turn of the year; snow swirled, ice glazed the trees and bent bare branches low. I'm writing the review now in the kind of unseasonable thaw that makes one want to grab climate change denial by the ear and rub its face in the slush. But I'm only the more grateful for The Bear and the Nightingale in consequence: I love winter with all my December-born Canadian heart, and I love stories that make me feel the full mythic majesty of it even when the weather's wounded and limping into spring.

Vasilisa Petrovna is the youngest child of a wealthy boyar in the north of Russia, and heir to old magic: Her grandmother stepped out of fairy tale into marriage with a prince, and her mother died to give birth to her and the enchantment promised by her lineage. Sure enough, Vasya can see spirits, the creatures of hearth, stable, lake and woods who populate the landscape as much as humans do. She's alone in this, and keeps it secret — until her father remarries. Then Vasya realizes her new stepmother can see the spirits as well, but is terrified of them, calls them demons, and forbids Vasya any communion with them. But something is waking in the woods, more terrible, threatening and hungry than the Winter King himself, and it's coming for Vasya and all she holds dear.

There was a great deal to love in this book. Arden's weaving of folklore and fairy tale with a very solid evocation of feudal Russia is beautiful and deft. As Nicola Griffith does in Hild, Arden fills in the gaps of the historical record by drawing on a very tactile experience of the present-day landscape — we may not know everything about the day to day life of a medieval Russian farmer, but we do know the bite of cold in the fingertips, or the way snow settles on pine. Arden's prose, especially in the first third of the book, has the breathtaking insight of poetry: "The years slipped by like leaves," she writes, and "the clouds lay like wet wool above the trees."

There was a great deal to love in this book. Arden's weaving of folklore and fairy tale with a very solid evocation of feudal Russia is beautiful and deft.

I was equally delighted by her representation of family. Vasya has brothers and sisters who all love each other even as they tease and fight, a devoted father and a kind grandmotherly nurse who tells stories. The work of a family — the work, ultimately, of surviving winter year on year — is lovingly detailed and deeply comforting to dwell in. Whenever I reached for the book it was with the pleasant anticipation of settling into an experience.

Unfortunately, the latter parts of The Bear and the Nightingale shear away much of what I loved about its beginning and middle. Some of this looks like the required structural work of setting up sequels — sequestering important characters elsewhere and never revisiting them — but some of it is unnecessary hewing to the most common shape of fantasy stories. Ultimately, it felt like a collection of beautiful plot coupons the book refused to cash in. There seems absolutely no reason, in the story as Arden develops it — or in the fairy tales on which she draws — for an epic battle to resolve with an unsatisfying twist, marked here and there with erratic and dismaying execution of fairy tale justice. A story that shines in the gorgeous unity it manages to make of history and folklore concludes with a mishmash of affect and style, and an ending that undercuts much of its former power.

Also dismaying is Arden's afterword, where she explains her Russian transliteration choices in what I can only describe as unnecessary and unfortunate defensiveness. I went from interest in and gratitude for an explanatory note — being completely unfamiliar with Russian — to perplexed annoyance at Arden's imagined "hand-wringing of readers" — which made her stated aim of retaining "a bit of exotic flavor" in Russian names ring sour, especially after a book that had made me feel so thoroughly at home.

These problems aside, The Bear and the Nightingale is a pleasure to spend time with. A rich and elegant debut, at its best it makes a season of Russian fairy tales and grows wonderful characters from them like wild fruit.