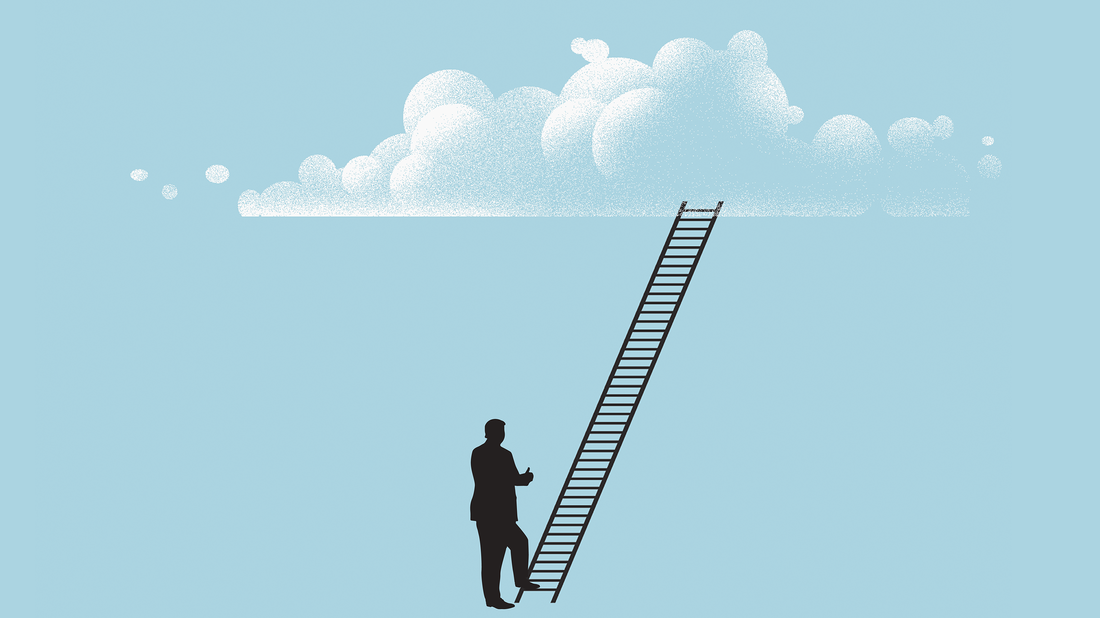 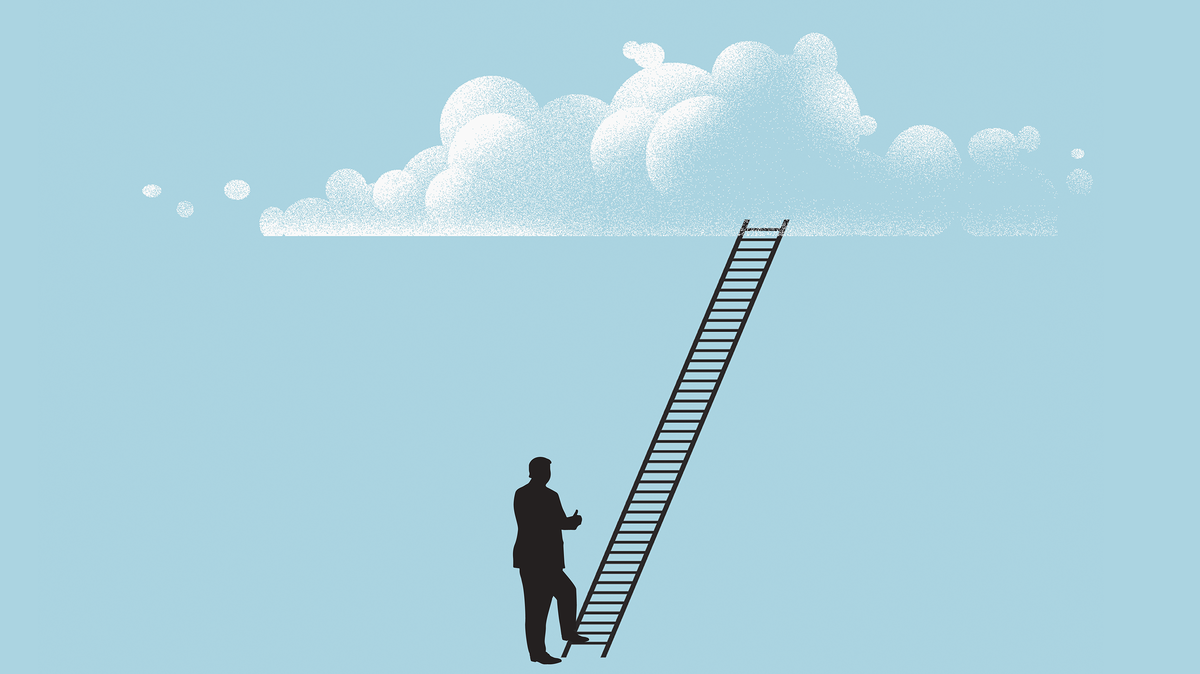 To understand how President Trump could look out at the National Mall as he delivered his inaugural address and see what "looked liked a million and a half people. Whatever it was, it was, but it went all the way back to the Washington Monument," it may be instructive to read the words of a man Trump has referred to as "my pastor."

The now-deceased celebrity pastor Norman Vincent Peale wrote about the ability of the mind to create its own more-positive reality.

"Any fact facing us, however difficult, even seemingly hopeless, is not so important as our attitude toward that fact," Peale wrote. "A confident and optimistic thought pattern can modify or overcome the fact altogether."

Aerial photographs indicate the crowd on the mall was far from packed the farther from the Capitol building you got. Despite what the president claimed, it did not extend all the way to the Washington Monument.

That sort of boast is nothing new for Trump. Throughout the campaign, Trump regularly made statements that were exaggerations, impossible to prove — or plain untrue. And that was especially the case when it came to the size of his crowds.

Nineteen months ago, Trump rode a gold-trimmed escalator into the lobby of Trump Tower, and for the first time as a presidential candidate did something he would do repeatedly during the campaign.

"That is some group of people," he said. "Thousands."

There weren't thousands of people there, more like hundreds and some of them were paid to be there. But nevermind that. "This is beyond anybody's expectations," Trump said. "There has been no crowd like this."

In that moment, the long-shot candidate may just have been summoning the lessons contained in The Power of Positive Thinking, a best-selling religious self-help book by Peale first published in 1952.

Peale was also the longtime pastor at the Marble Collegiate Church in Manhattan, which Trump attended with his family growing up. Peale even officiated Trump's first wedding.

"I still remember his sermons," Trump said in July 2015 at the Iowa Family Leadership Summit, talking about where he got his religious grounding. "It was unbelievable. And what he would do is he would bring real-life situations, modern day situations into the sermon. And you could listen to him all day long. When you left the church, you were disappointed that it was over." 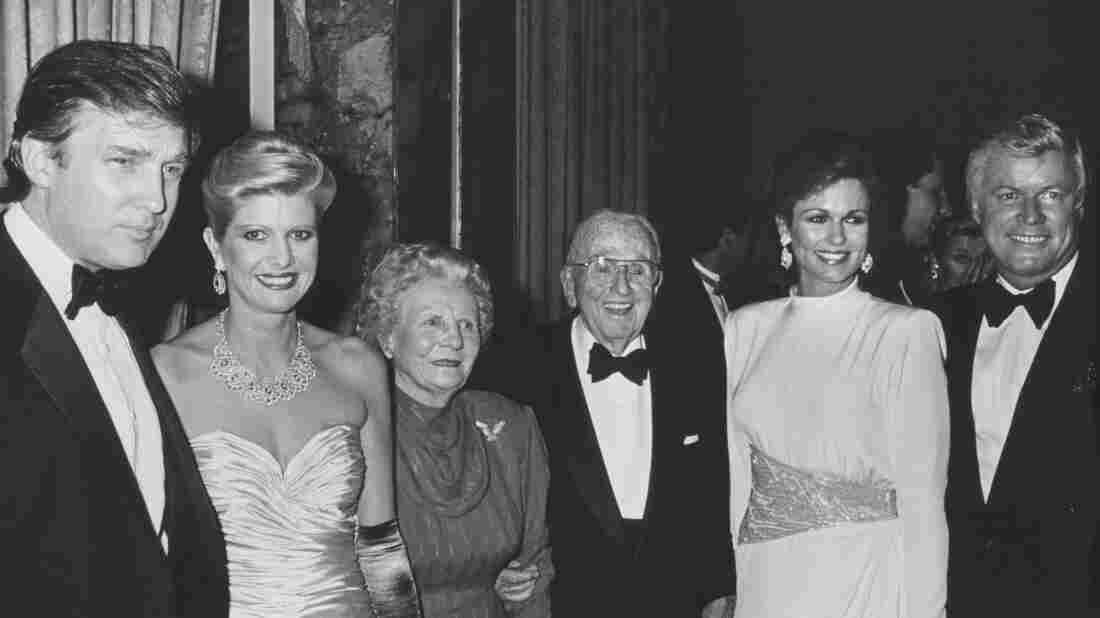 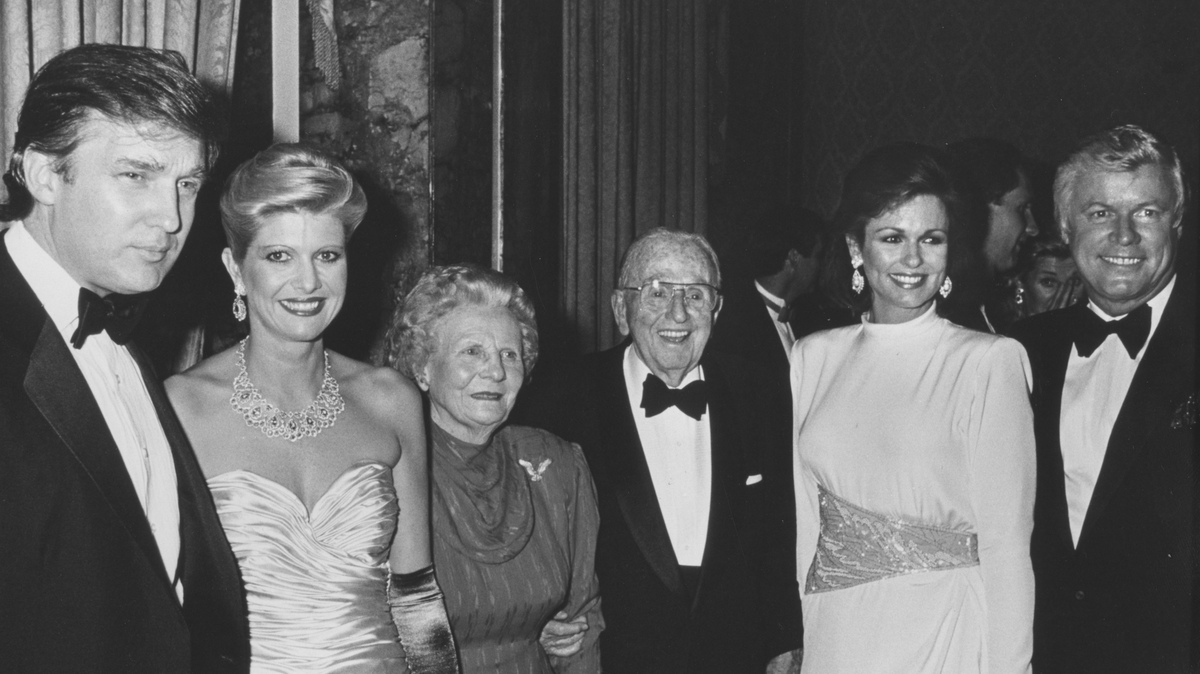 Peale took a nontraditional approach to Christianity, catering to businessmen like Trump and his real estate developer father with what today would be called a prosperity gospel. "Religious faith is not something piously stuffy, but is a scientific procedure for successful living," he wrote.

In his book, Peale offered page after page of advice, including:

There's one story in the book that sounds a whole lot like something Trump said in his many stump speeches. In a chapter called "How to Have Constant Energy," Peale wrote:

"A famous statesman who made seven speeches in one day was still boundless in energy.

" 'Why are you not tired after making seven speeches?' I asked.

" 'Because,' he said 'I believe absolutely everything I said in those speeches. I am enthusiastic about my convictions.'

"That's the secret. He was on fire for something."

One chapter in the book is even titled "I don't believe in defeat," which easily could have been Trump's personal motto in 2016, as he carefully cherry-picked the few polls he could find that showed him ahead.

"Well, we're very close or winning," Trump said in a phone interview with Fox News, two weeks before the election when virtually every poll showed Hillary Clinton ahead. "You know, the IDP poll came out, and we're two points up." And even though Trump defeated Hillary Clinton in the Electoral College, the national polls showing him behind accurately reflected the popular vote.

There are other lessons in the book and Peale's radio sermons that Trump seemingly may have missed, like the chapter that encourages readers to "Stop Fuming and Fretting," and the sermon that ended saying, "If you've been mistreated, don't chew on the bitterness of it, swallow it. Then forget it and turn your attention to the opportunities that are yours."

But Trump says he's a "counter-puncher" when attacked — just look at days of tweets recently against Rep. John Lewis who said he's not a "legitimate" president, or how Trump can't seem to stop rehashing his election win.

But it may have been the power of positive thinking that drove Trump to campaign in seemingly solid blue upper Midwestern states, which most political professionals incorrectly thought Hillary Clinton would win. At 1 a.m. on Election Day, Trump closed out his campaign with a rally in Grand Rapids, Mich.

As Peale wrote: "Affirm it, visualize it, believe it, and it will actualize itself." And there in the middle of night, Trump's crowd really did number in the thousands. A little more than 24 hours later, he would become the president-elect.

And now the 45th president of the United States is still inflating the size of his crowds.