Accessibility links
Meet The Republican Governors Who Don't Want To Repeal All Of Obamacare Eleven states with GOP governors expanded Medicaid under the Affordable Care Act. Now those governors want to make sure the expansion isn't unwound if the ACA is repealed. 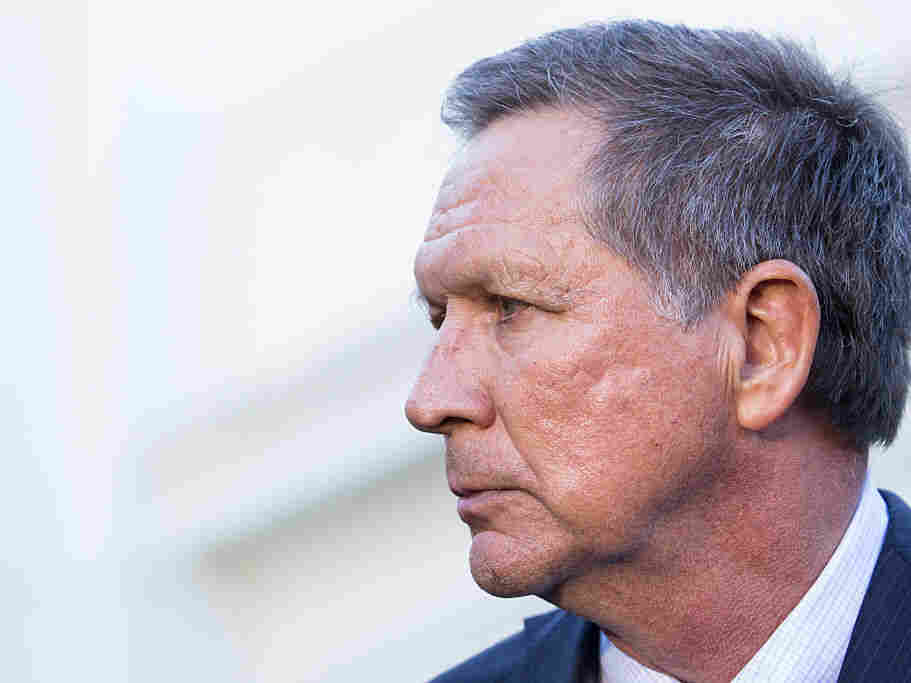 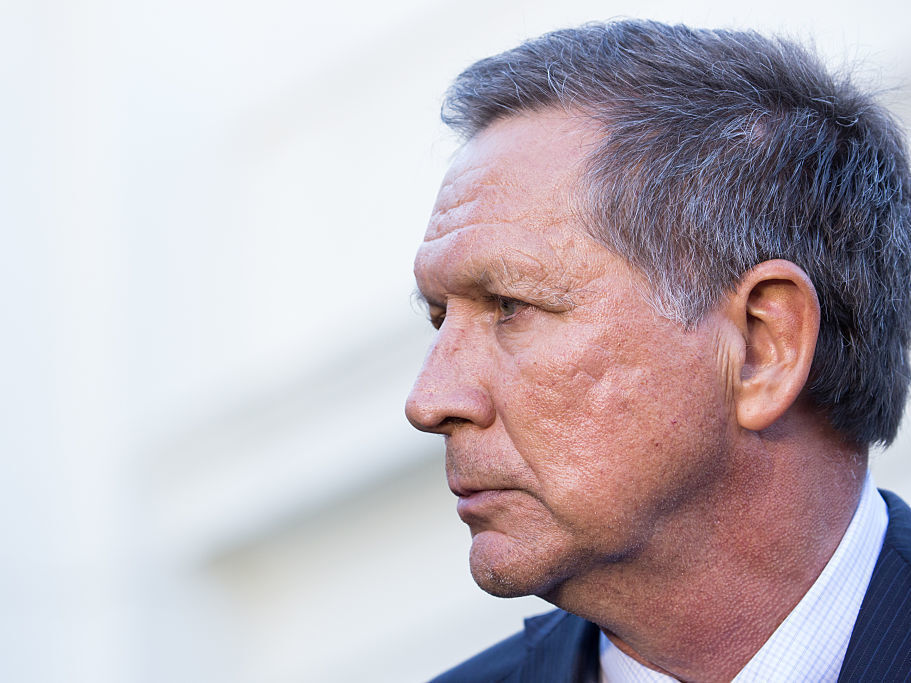 Ohio Gov. John Kasich, shown at a White House event in November, met with GOP members of the Senate Finance Committee last week for a closed-door discussion about the health care law.

As congressional Republicans begin work on repealing the Affordable Care Act, many of the nation's governors want to make sure that their state budgets don't take a hit during the dismantling process.

They're most concerned about Medicaid, the health insurance program for the poor that's run jointly by the states and federal government. As a result of a Supreme Court decision, states were allowed to decide whether they would expand Medicaid under the ACA; 14 million people have gained health insurance coverage through Medicaid since eligibility for the program was expanded.

How Large Employer Health Plans Could Be Affected By Obamacare Overhaul

While 19 states declined the expansion, primarily because of the opposition of Republican governors and lawmakers, 11 Republican governors did choose to expand the program. Now they're lobbying to keep their citizens covered and billions of dollars of federal Medicaid money flowing.

Among them is Ohio Gov. John Kasich who, along with several other Republican governors, met with GOP members of the Senate Finance Committee last week for a closed-door discussion about the health care law.

Kasich has been anything but quiet on the subject.

In a letter to congressional leaders, Kasich recommended that Medicaid expansion not be repealed, while indicating he's open to some changes, such as in income eligibility. Kasich urged Congress in an op-ed on Time.com to pass an Obamacare replacement at the same time as a repeal.

"For the millions of Americans who have gained health coverage since 2010, it's safe to assume that their idea of fixing Obamacare does not involve ripping away their own health care coverage without a responsible alternative in place," wrote Kasich.

"If I had to pay for my medical costs, I wouldn't be taking no medicine"

Evelyn Johnson is among those who would be affected were the ACA repeal to also roll back the Medicaid. She sat in the back of the cafeteria at a social services drop-in center in Cleveland last week as a pair of health care navigators made calls to help people sign up for Medicaid.

"So far I've got a pair of glasses. They're going to do my teeth," she said of the benefits she has received since getting health insurance.

Democrats Rally In Dozens Of Cities To Oppose Obamacare Repeal

Johnson, who lives with a friend, does not have children and works as a baby sitter, would not have been eligible for state-backed insurance before the Medicaid expansion, when it was limited largely to low-income children, parents and people with disabilities.

Now, anyone whose income is at or below 138 percent of the federal poverty line, about $16,000 a year for a single person, is eligible.

Without insurance, Johnson said she would not be able to afford the prescription drugs she needs.

"If I had to pay for my medical costs, I wouldn't be taking no medicine," she said. "There's no way. I take too many pills."

About 700,000 Ohioans have signed up for expanded Medicaid since January 2014. Since the Affordable Care Act came into effect, Ohio's uninsured rate has fallen to 6.5 percent from 15 percent in 2012.

6 Lesser-Known Obamacare Provisions That Could Evaporate

Kasich's decision to expand Medicaid was unpopular with Republicans. He fought his own party and sidestepped the state Legislature to get the expansion done.

At an event with business leaders this month, Kasich argued that it has been a good deal for the state.

"If they don't get coverage, they end up in the emergency room, they end up sicker, more expensive. I mean, we pay one way or the other," Kasich said. "And so this has been a good thing for Ohio."

Also defending their decisions to expand Medicaid are such Republican governors as Rick Snyder of Michigan, Brian Sandoval of Nevada and Gary Herbert of Utah.

Medicaid covers about 1 in 4 people in Ohio. If the expansion is rolled back, it will mean fewer payments to doctors and hospitals.

"You pull on one thread, you topple the whole tower," said John Corlett, who ran the Medicaid program in Ohio under the previous Democratic governor.

"There's nothing to say that the program can't be improved, that it can't be made better," said Corlett, who now runs a think tank in Cleveland called the Center for Community Solutions. "But just to say we're going to get rid of all of it, and then we'll figure out how to make it better, I think would be really disruptive. It'd be disruptive to healthcare providers, to patients, to insurance companies."

Even if the Medicaid expansion remains, the new Trump administration may make major changes to it in the future.

"I think that with the constellation in Washington the way that it is, that there's going to be an awful lot of opportunities," said Greg Lawson, a senior policy analyst with the Buckeye Institute, a conservative think tank in Ohio that opposed expansion.

Lawson would like to see limits on federal spending per state, and he hopes Ohio will be able to add a work requirement for some beneficiaries.

"I don't think you're going to see the light switch probably just get turned, and one day it's all going to just disappear," he said. "I think what you're more likely to see is major structural changes to the program that over time that will have budgetary impacts."

But it's not clear yet what shape those changes will take or whether the governor who expanded Medicaid here will support them.