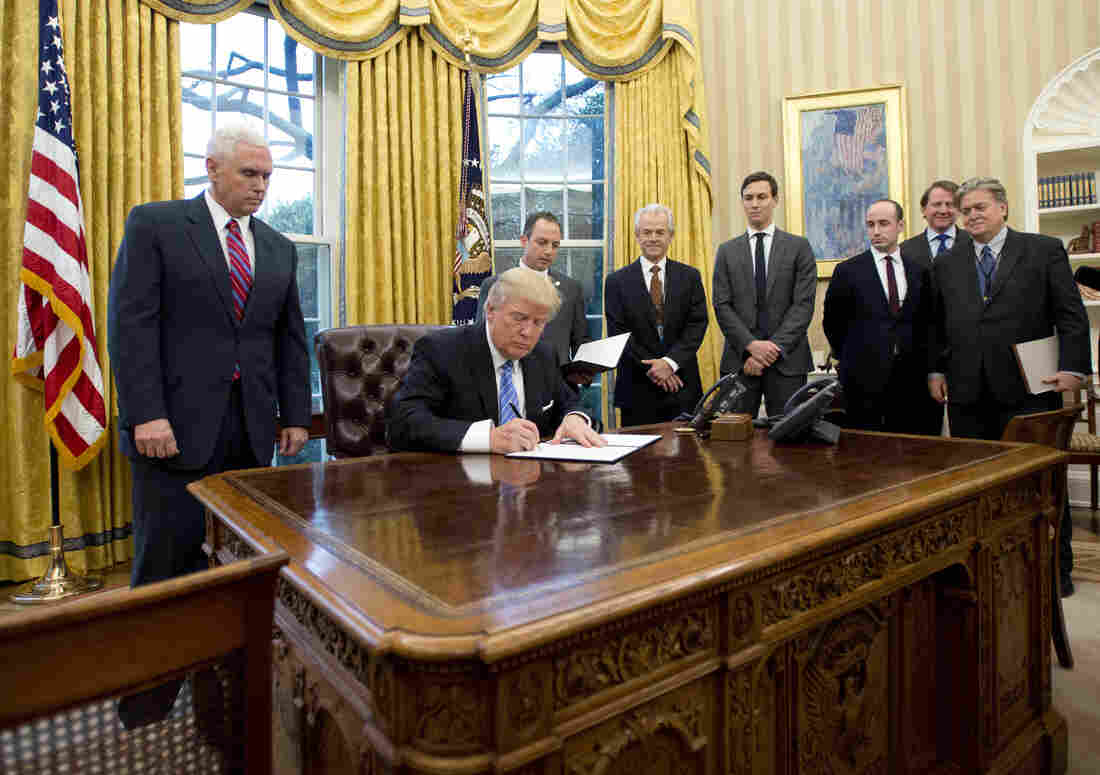 President Trump signs the executive orders in the Oval Office on Monday, including a withdrawal from the Trans-Pacific Partnership trade deal. Ron Sachs/Pool/Getty Images hide caption 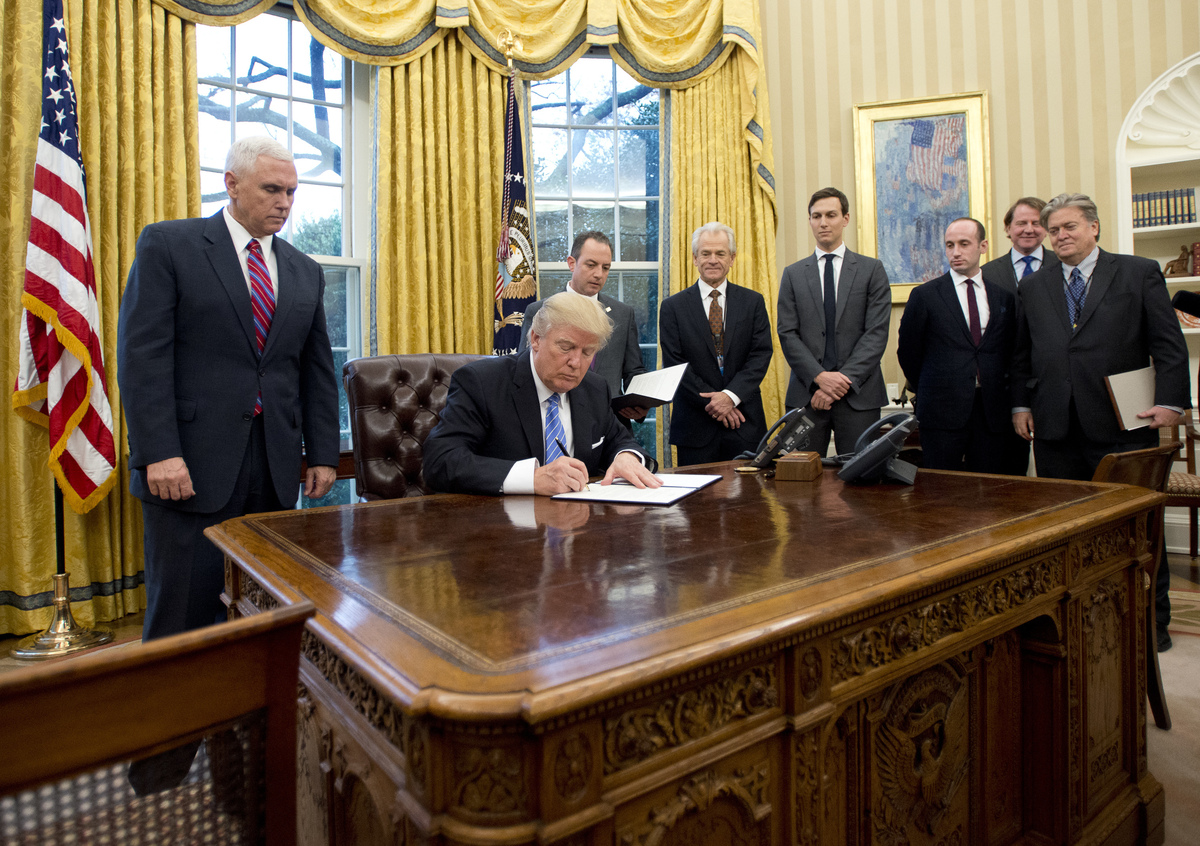 President Trump signs the executive orders in the Oval Office on Monday, including a withdrawal from the Trans-Pacific Partnership trade deal.

President Trump acted on Monday to keep a signature campaign promise: withdraw the U.S. from the Trans-Pacific Partnership.

As he signed the memorandum in the Oval Office, Trump said, "We've been talking about this for a long time," adding it's "a great thing for the American worker."

Trump also signed two other presidential memorandums (a pool report, and the original version of this story, referred to these actions as "executive orders").

One imposes a hiring freeze on federal workers, except for military positions and in the case of national security. The other action reinstates the so-called Mexico City policy, a rule that began in 1984, when Ronald Reagan was president. As NPR has reported, the policy "blocked federal funding for international family planning charities unless they agreed not to 'promote' abortion by, among other actions, providing patients with information about the procedure or referrals to providers who perform it."

The TPP, as it's known, is a trade agreement with 12 Pacific Rim nations. It was never ratified by the U.S. because of congressional opposition but was strongly backed by the Obama administration. It would create a free trade area stretching from Japan to Chile, and it was seen as an effort to create a counterweight to China, which is not a party to the agreement.

During the campaign, Trump called the TPP "a horrible deal" and a "potential disaster" that would hurt U.S. workers and companies.

His action on TPP is Trump's first effort to address the concerns over trade that helped propel him to the Oval Office, and there are many more expected. He is expected to begin talks to renegotiate the North American Free Trade Agreement with Canada and Mexico.

In a meeting with business leaders Monday morning, Trump said, "We want to make our products here."

He also vowed to retaliate against businesses that close U.S. factories in favor of foreign plants. "If you go to another country," Trump said, "we are going to be imposing a very major border tax."

Trump said that right now, "we don't have free trade because we're the only one that makes it easy to come into the country."