Accessibility links
Review: 'No Man's Land,' By Simon Tolkien Simon Tolkien's new novel was inspired by his grandfather J.R.R.'s time on the Somme — but in theme, tone and style, it owes more to Charles Dickens than to The Lord of the Rings. 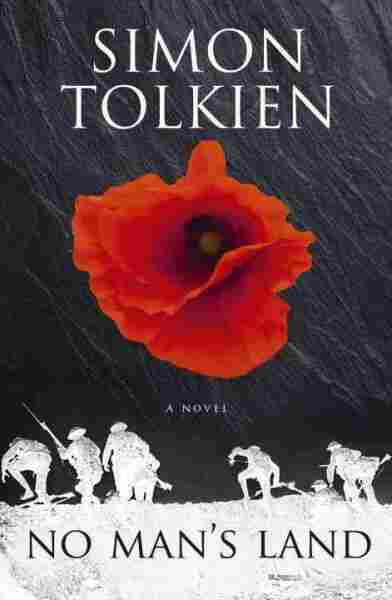 I would argue that the most successful novel of the First World War is not A Farewell to Arms, or even All Quiet on the Western Front, but rather one that's rarely classified so: The Lord of the Rings, by J.R.R. Tolkien. Like several other British veterans of the trenches — CS Lewis and David Lindsay come to mind — Tolkien chose to explore the inhuman horrors of the Great War through the allegory of mythology. In fiction, poetry, or memoir, he never explicitly addressed his time on the Somme.

And neither does a new novel by his grandson, no matter the "inspired by the real-life experiences" copy on the dust jacket. Simon Tolkien dedicates No Man's Land to his grandfather, inviting the question: Is this the book that J.R.R. was unable to write? In style, theme, and tone, the answer is no. But who can blame Simon for not even trying to put words in the mouth of his legendary relative?

Our protagonist is Adam Raine, no stand-in for J.R.R. except in the most basic ways. Raine grows up on the streets of London, moves to coal country in northern England, and then is taken in by the landed lord of the manor. His story is one of serial strife — the picket lines, union strikes, mining accidents, grinding want, and Downton Abbey politics of early 20th century Britain — even before he enters the war. "Luck ain't a word we knows the meanin' of," says a working class friend.

This is not a war book, then, but rather David Copperfield Goes to War. Only in its central third does this novel of manners and civil discord do an about face and march directly to the front lines in France. The shift is sudden, as if the book, like British society, didn't believe the war would really come until it did.

This is not a war book ... but rather David Copperfield Goes to War.

Simon Tolkien is at his best capturing the jingoism of early-wartime England, the smothering sense of duty and obligation heaped on young men, the peer pressure and public calls of cowardice, old women in the streets lecturing able-bodied boys to get to the front. It is a sentiment completely foreign to contemporary American culture — now, we deem not enlisting the smart choice, like Donald Trump (as he declared in an election debate) is smart not to pay his taxes. But Raine and every one of his friends eventually sign up, if only because "anythin's better than that bloody mine," as one says. Raine's victimhood shifts, from class and poverty to idiot generals and the guns; trapped in the system, one tragedy after another befalls him.

Raine finds the Great War by turns grisly and romantic. The soldiers on corpse-recovery duty vomit in their gas masks because the flies, "clustered so thickly on the rotting flesh that they looked like black fur, were so drunk from feasting that they crawled rather than flew away, leaving their white maggot progeny behind." And yet, at the same time, he sees his fellow soldiers "go over the top again and again, inspiring their men with a nonchalant bravery that left him open-mouthed with admiration." There is truth in this duality, no matter how out-of-step it feels today, knowing how two world wars will turn out.

In the book's last third, coincidence and cliché play an unfortunately large role. But such quibbles miss the point. This is a page-turner, an opera, a costume drama to binge watch. Simon Tolkien knows how to keep a story moving, and he does it well.