Accessibility links
Book Review: 'Lara,' By Anna Pasternak What price love? In Lara, Anna Pasternak chronicles her famous great-uncle Boris's relationship with his mistress, Olga Ivinskaya — whose connection with the author landed her in the gulags. 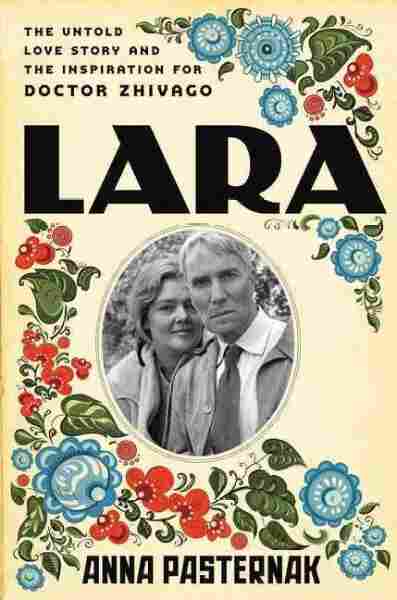 The Untold Love Story and the Inspiration for Doctor Zhivago

What price love? Lara chronicles the horrifically steep costs for Olga Ivinskaya, Boris Pasternak's mistress, muse, and model for Yuri Zhivago's lover in Doctor Zhivago (alluringly played by Julie Christie in David Lean's 1965 movie adapation). Olga's connection with the persecuted author and her role in ushering his novel into print made her "a pawn in a highly political game" that landed her in the brutal Soviet gulags — twice.

Anna Pasternak, a British journalist and granddaughter of Boris Pasternak's sister, Josephine, (who married a Pasternak) notes up front in this sympathetic account of Olga's heartbreaking, courageous ordeal that "both Olga and her daughter, Irina, have received a bad rap from my family." Relatives and biographers, she writes, have regularly "belittled and dismissed" the woman who was Boris's mistress from 1946 until his death in 1960, at age 70, as "a temptress" and "a woman on the make." Why? Because recognizing Olga's role in the lionized writer's life would have meant acknowledging his "moral fallibility."

With Lara, Anna Pasternak sets out to correct the record. Did Boris use Olga? Sifting through the evidence more than 50 years after his death, his great-niece concludes that Boris Pasternak truly loved Olga Ivinskaya. But while he had the backbone to defy Soviet repression in his literary work, he was less steadfast in his personal life: "his great omission was that he did not match her cast-iron loyalty and moral fortitude. He did not do the one thing in his power to do: he did not save her." By divorcing Zinaida, his second wife, and marrying Olga, Anna Pasternak argues — as did Olga herself, often angrily — the author would have given his lover and helpmeet status and protection. Yet, partly out of cowardice, partly out of selfishness, and partly out of a declared unwillingness to "live a life together on the ruins of somebody else's," Pasternak's long public affair with Olga left her woefully vulnerable.

'Lara' is both a tragic love story and a dramatic account of the sheer determination it took to write and publish an uncompromising literary masterpiece under dismal circumstances.

The couple met in 1946 at the offices of the Soviet literary journal Novy Mir, where Olga, a twice-widowed, blond-haired, blue-eyed, 34-year-old "tired beauty," worked as an editorial assistant. The revered poet, 22 years her senior, was 10 years into his unhappy second marriage — to Zinaida, the wife he'd stolen from one of his former best friends. He had one son from each of his marriages. Olga had a son, Mitia, and a daughter, Irina — who was immortalized as Lara's daughter Katenka in Doctor Zhivago. Irina, too, paid for her close relationship with the writer, and was sent to a labor camp with her mother within months after his death.

Pasternak's parents and two sisters had left Russia for Germany and England in 1921, but he refused to abandon the country he loved and live as an exile; this unwavering loyalty to his homeland enhanced his enduring stature. While Pasternak was dogged by the KGB, vilified as a Jew, and blocked from publishing for years — forced to subsist on his work as a renowned translator of Shakespeare and Goethe — his life was spared because of an order from Stalin: "Leave him in peace, he's a cloud dweller."

The protection did not extend to his lover. First arrested in 1949, Olga refused to denounce Boris through months of interrogations in Moscow's notorious Lubyanka prison — where she lost the child she was carrying. Postcards from Boris (pretending to write as her mother, a ruse that probably fooled no one) helped sustain her during grueling, blazing hot summers and arctic winters in the abysmal Potma labor camp. Boris, meanwhile, argued continuously for Olga's release and helped support her family with his meager earnings as a translator, despite suffering a severe heart attack during her incarceration.

A Writer Who Defied The System In 'The Zhivago Affair'

Lara is both a tragic love story and a dramatic account of the sheer determination it took to write and publish an uncompromising literary masterpiece under dismal circumstances. The book, enhanced by family photographs, vividly captures Olga's risky loyalty to the defiant, desperate, and strikingly handsome author during increasingly hostile persecution in the late 1950s, when Doctor Zhivago was first published in Italy and Pasternak was forced to renounce the 1958 Nobel Prize in literature. As Julian Barnes also makes clear in The Noise of Time, his novel about Dmitri Shostakovich, the toll of artistic oppression is acute; it can be argued that Pasternak, who had been called "the last romantic in Russia," was essentially hounded to death.

With its overview of Russian history in the mid-20th century, including the privations of World War II, the abominations of Stalin's Great Terror, and Khruschev's insufficient thaw, Lara is a chilling, upsetting reminder of what can happen when free speech is curtailed. One particularly sobering fact among many: Doctor Zhivago wasn't published in Russia until 1988.