Accessibility links
Hiring Freeze And Obamacare Repeal Could Clobber Veterans Affairs If the Affordable Care Act is repealed, some of those left uninsured will be veterans. They may turn to the VA, further burdening a troubled health care system. 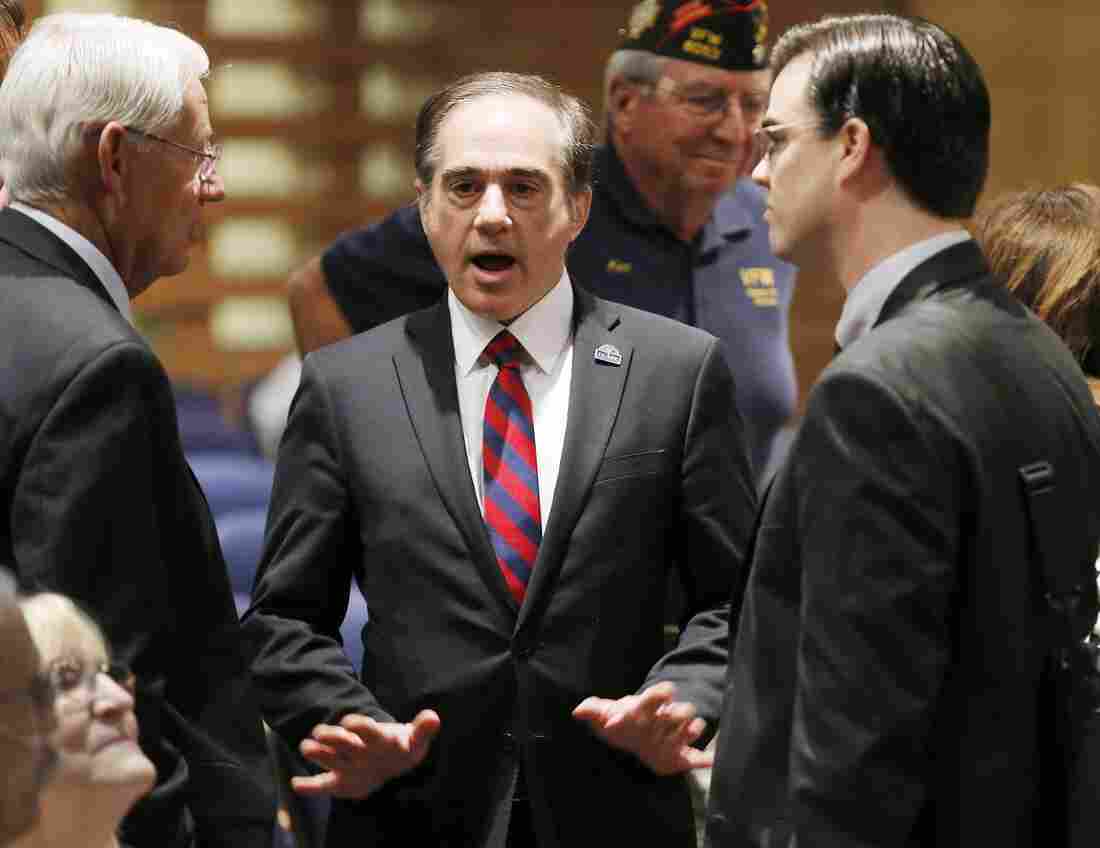 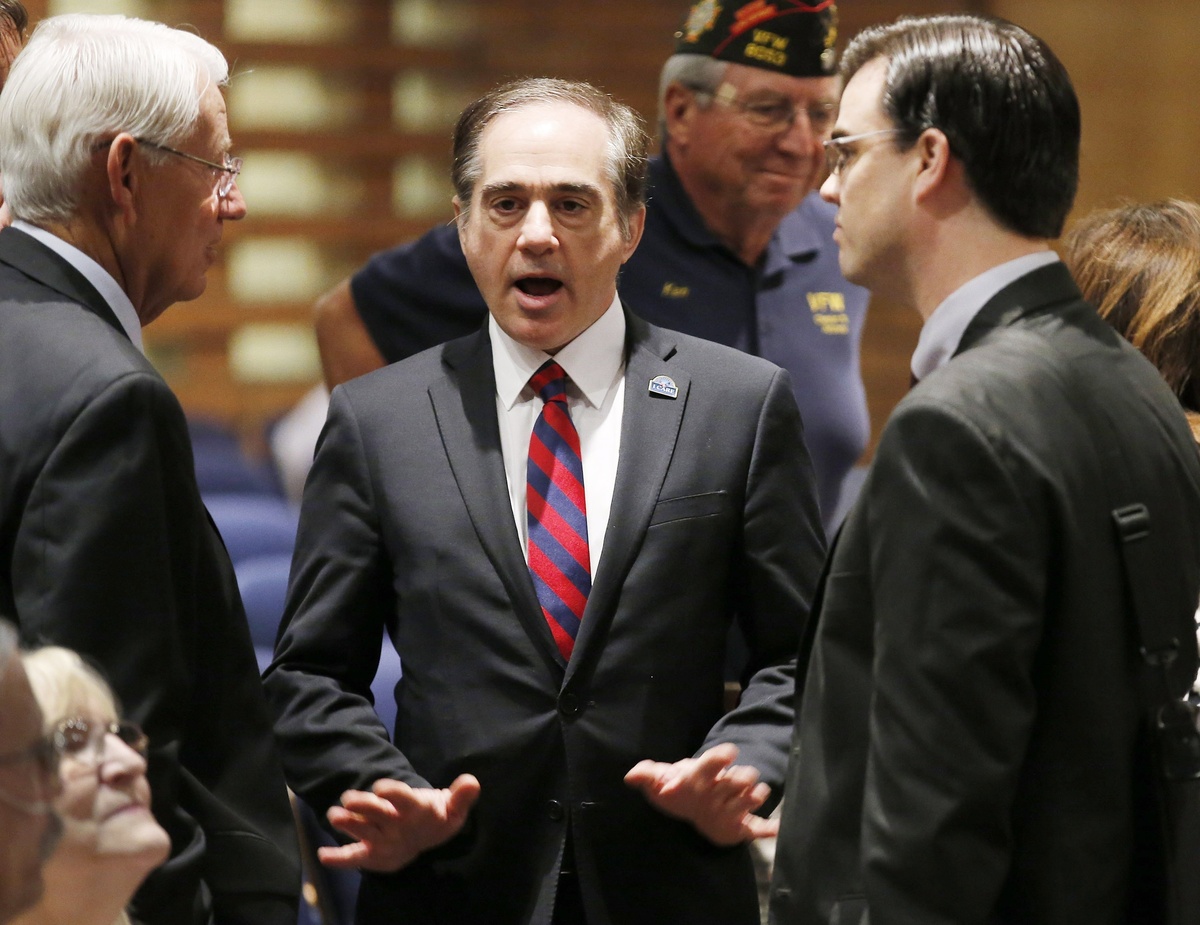 David Shulkin (center), the U.S. Department of Veterans Affairs undersecretary of health, talks with attendees in July prior to testifying at a Senate Veterans' Affairs Committee hearing in Gilbert, Ariz. Donald Trump has selected Shulkin to lead the agency.

As promised, President Trump has moved to dismantle the Affordable Care Act. It's a concern for those who might be left without health insurance — and especially for the Department of Veterans Affairs, which may have to pick up some of the slack.

Carrie Farmer, a health policy researcher at the Rand Corp., says 3 million vets who are enrolled in the VA usually get their health care elsewhere — from their employer, or maybe from Obamacare exchanges. If those options go away, she has no idea just how many of those 3 million veterans will move over to the VA.

"I would expect that the number of veterans using VA health care will increase, which will only provide a further challenge for VA to provide timely and accessible care," Farmer says.

The VA has already seen a surge in usage in the past year, straining what has long been an overtaxed system.

That could get worse if the agency can't fill vacancies. Trump signed a federal hiring freeze this week, and while national security is supposed to be exempt, the VA is not. White House spokesman Sean Spicer called it a "broken" system.

"The VA in particular, if you look at the problems that have plagued people, hiring more people isn't the answer. It's hiring the right people," Spicer told reporters on Tuesday.

Just hours after the White House emphasized that there would be no exemption for the VA from the hiring freeze, the acting secretary of the agency, Robert Snyder, seemed to issue a contradiction.

"The Department of Veterans Affairs intends to exempt anyone it deems necessary for public safety, including front-line caregivers," he said in a statement.

David Shulkin, Trump's nominee to lead the VA, in the past has stressed an urgent need to hire more caregivers. Shulkin has run the VA's health administration for the past two years, and he told NPR this past fall that negative attention to VA caused a 78 percent drop in applications there.

"We have 45,000 job openings. That's too many," Shulkin said. "I need to fill every one of those openings in order to make sure that we're doing the very best for our veterans."

Does Pick Of Shulkin As VA Head Indicate Trump's Views Are Evolving?

Does Pick Of Shulkin As VA Head Indicate Trump's Views Are Evolving?

Shulkin said the VA performs as well or better than private health care systems, but he said that long before he was asked to join the Trump administration.