Accessibility links
Chicago Murders: Trump Tweets Threatening Intervention Greeted Skeptically President Trump tweeted Tuesday that if the city "doesn't fix the horrible carnage" of its gun violence, he would "send in the Feds." Local officials and residents were skeptical that would help. 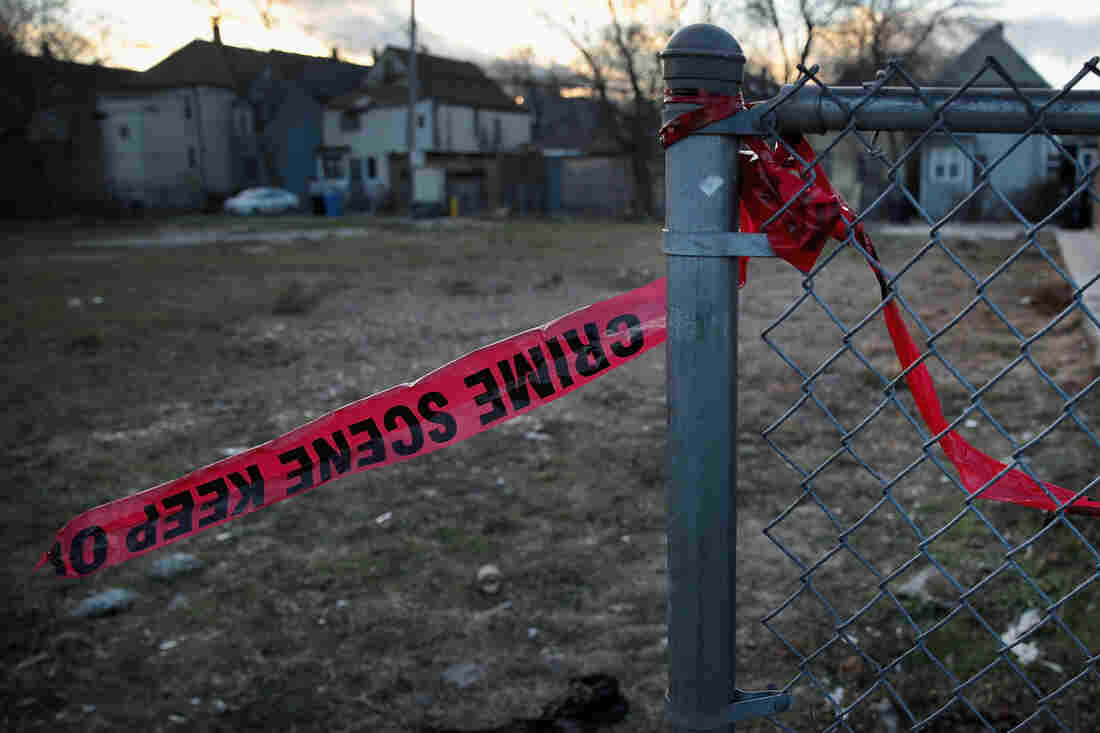 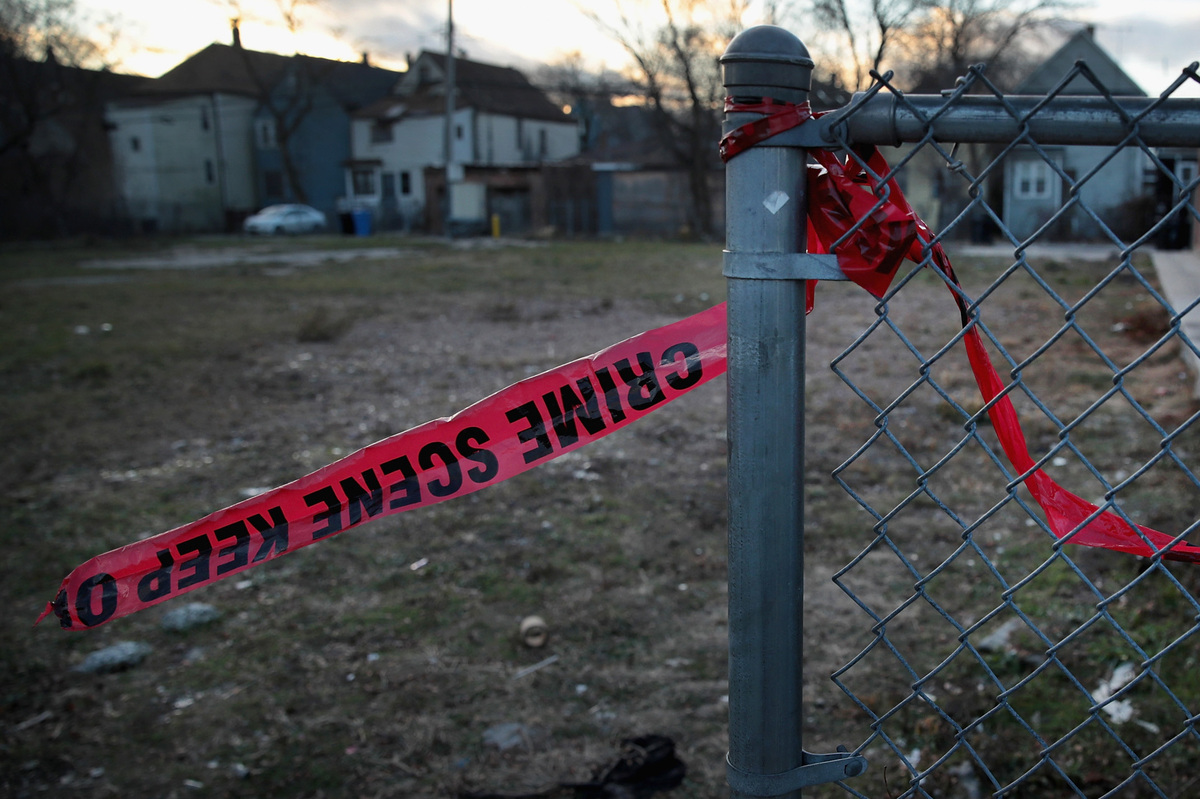 Crime scene tape hangs in front of a vacant lot where a shooting occurred in December. President Trump tweeted last night about Chicago gun violence, saying he'll "send in the Feds" if the city doesn't fix the carnage.

There's no question the tragic and intransigent problem of gun violence weighs heavily on Chicago residents, but for some there's resignation as well.

"This is nothing new in Chicago," says Keith Muhammed, while waiting at a bus stop on Chicago's west side.

He's right, but it has been getting worse: More than 760 people were murdered in Chicago in 2016, the highest total in nearly two decades, and this year is shaping up as more of the same.

According to a running tally by the Chicago Tribune, at least 252 people had been shot in 2017 as of Wednesday night, or 10 a day, and 45 people have been killed.

The violent crime problem is especially bad especially in the West Garfield Park neighborhood, where the 45-year-old Muhammed lives.

Even so, Muhammed is skeptical of President Trump's tweet Tuesday night that he would "send in the Feds," if the city "doesn't fix the horrible carnage."

"That's not gonna stop it," he says. The president "needs to address the underlying issues. The feds or the police has nothing to do [with] why people are killing."

Muhammed and others say there's a sense of hopelessness among many in communities such as this, which leads young people in particular to engage in violence. The causes are complex, but stem from decades of poverty, entrenched gangs, easy access to guns and a lack of economic opportunity.

So if Trump is talking about more federal resources for education, training and creating jobs, Muhammed would welcome it — and so would 46-year-old Willie Turner, who is unemployed.

"See, if it was more jobs out there, it'd probably less crime rate out here," says Turner, while waiting for a bus to take him to job interviews downtown.

At Chicago's City Hall, reaction to the President's tweet is somewhat cautious.

"I think we welcome help, but it can't be done in the form of a shallow tweet," says Alderman Scott Waguespack, in the anteroom of the chambers during Wednesday's City Council meeting. "If he wanted to come here and sit down with people and talk through what the needs are ... they've sent help before in the form of ATF agents, and I think that's appropriate."

Waguespack and other city officials say they'd welcome additional agents and prosecutors in those offices, if that's what President Trump is suggesting in his tweet.

Alderman Anthony Beale represents some of the high-crime areas on the south side that the president tweeted about.

"Is this politics? Is he posturing? Absolutely," Beale told reporters Wednesday. "But if he's going to posture to help reduce the crime in my community, let him posture. Bring the resources in to help save our children that are being killed every single day."

Some have interpreted Trump's tweet to mean that he is suggesting federal troops or the National Guard are needed to help patrol the city's streets, as others have proposed in the past.

Beale agrees something needs to be done to restore peace to the most violent neighborhoods.

"Right now, we need to lock those communities down to figure out what needs to be done, and then start addressing education and the job issues that are really hurting these communities."

Others bristle at the suggested intervention.

"The threat to militarize our communities will be met with the same spirit of fierce resistance as efforts to increase 'stop-and-frisk,' register and ban Muslims, and deport millions of immigrants," says alderman Roderick Sawyer, chair of the city council's black caucus. 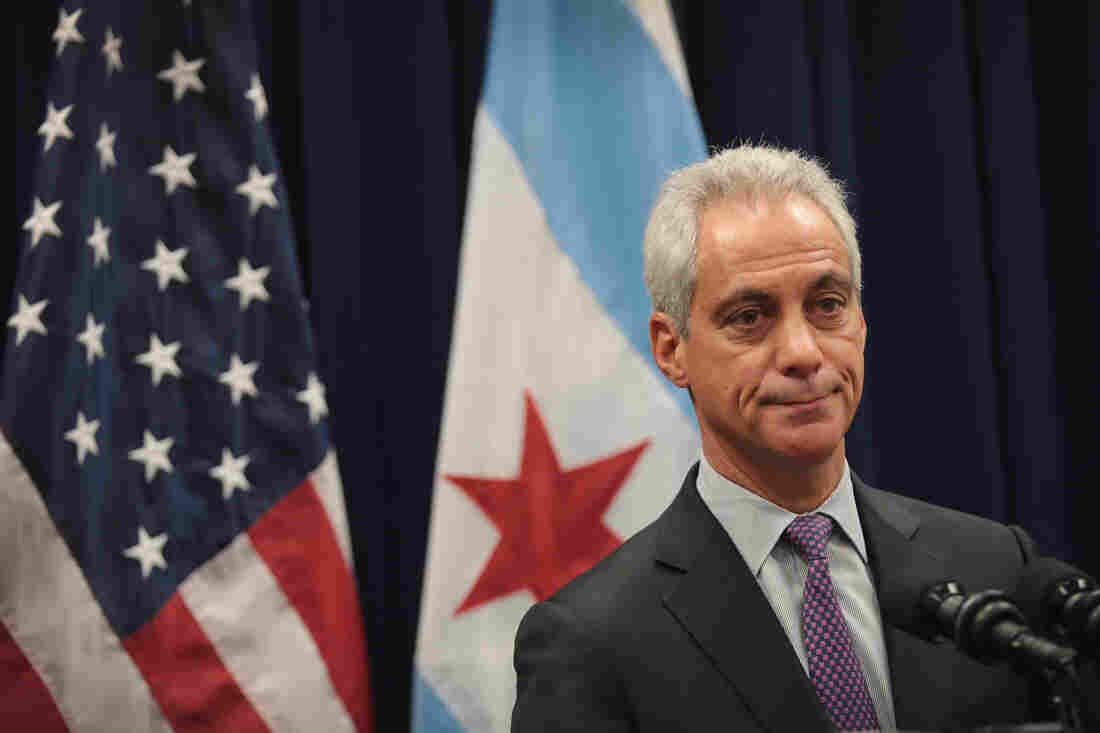 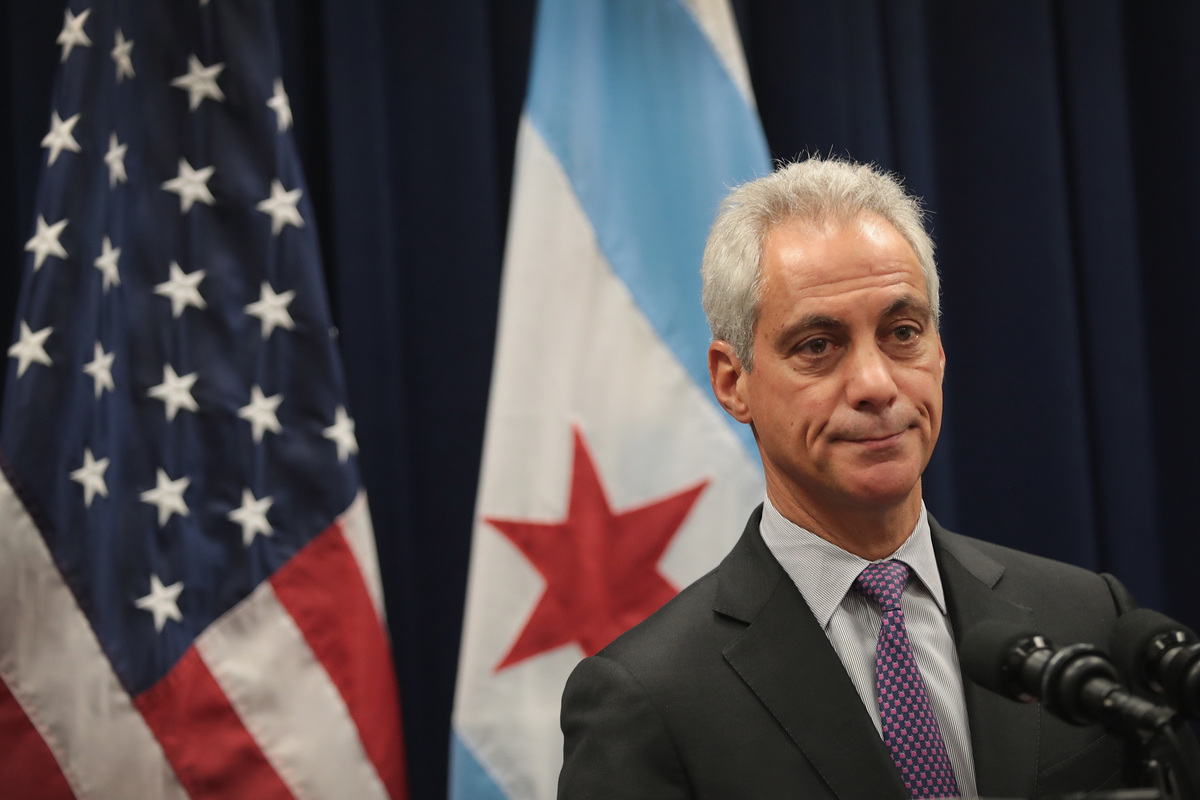 "What Chicago needs is serious federal investment in education, job training and an infrastructure bill with rules to require diversity in hiring," Sawyer adds. "We must view violence as a direct result of poverty and disinvestment from our communities."

Chicago Mayor Rahm Emanuel agrees the city could use more federal funding to fight violent crime and to hire more police officers, but also rejects the inference that the city needs the National Guard to help patrol Chicago streets.

"I'm against it, straight up," he said during a news conference after Wednesday's city council meeting.

"It's antithetical to what the spirit of community policing is," he says.

Though the president and Illinois' governor have the authority to mobilize the national guard, federal law prohibits the deployment of federal troops for civil law enforcement.

And sending in soldiers to fight gun violence in Chicago does not appear to be what President Trump is suggesting. White House spokesman Sean Spicer told reporters today that the president simply wants to start a dialogue with Mayor Emanuel, "so that we can come up with a plan to keep the people of Chicago safe."