Accessibility links
Fool's 'Gold': As An '80s Huckster, McConaughey Outshines The Film Around Him Matthew McConaughey gained weight and lost hair to throw himself into this tale of a real-life stock-market swindle. The film aches for us to admire his reckless, grasping selfishness; we don't. 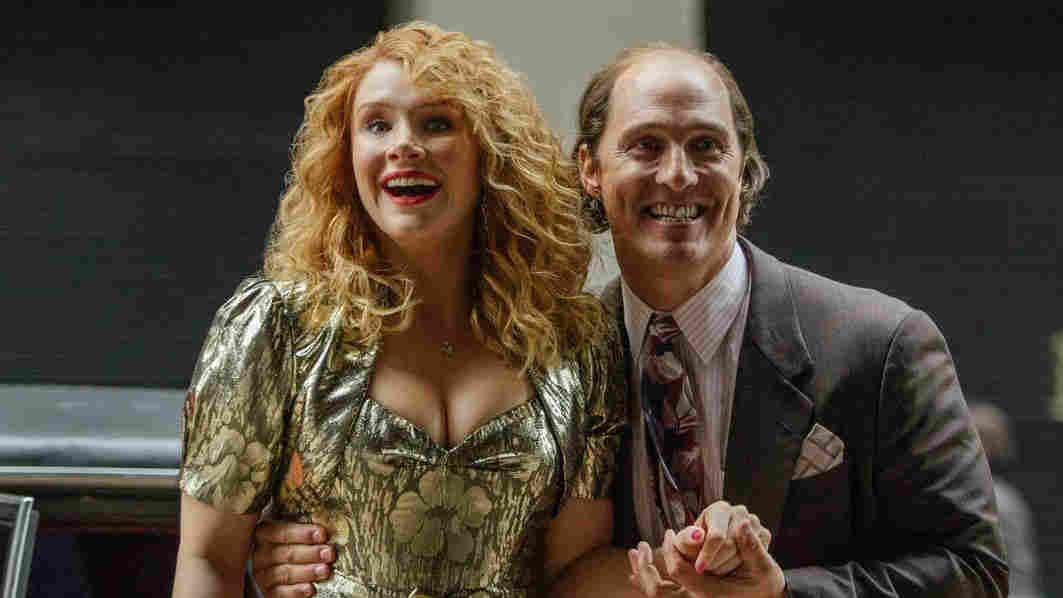 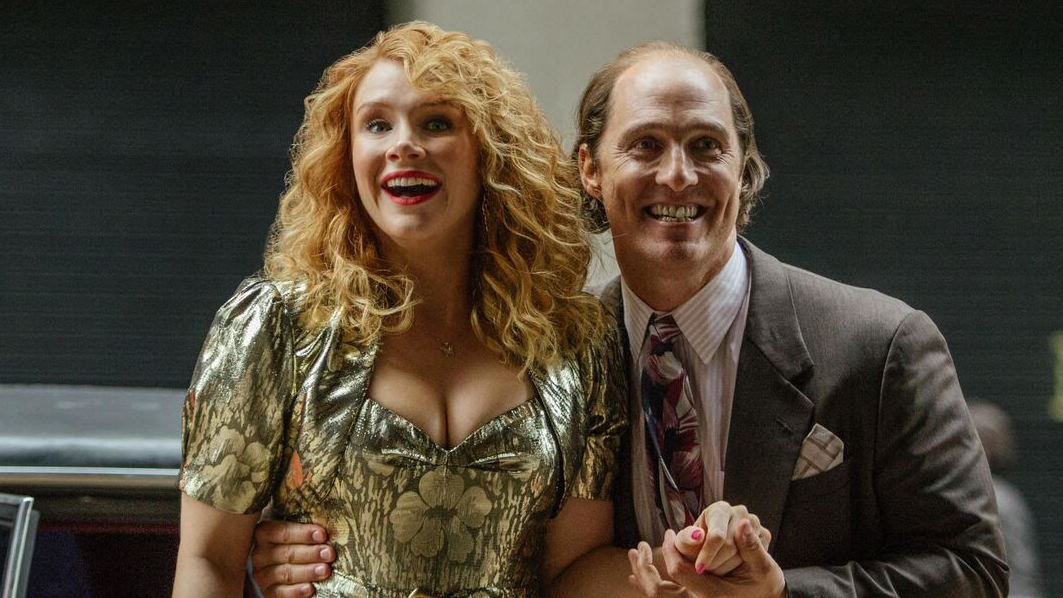 If you've been tracking Matthew McConaughey's well-earned victory march from serious babe to serious actor specializing in wilderpeople, it will not shock you to learn that in Gold, a brand new, pretty old-school poem to the American huckster, the actor bares his bottom for a scene that requires him to leap into the unprepared arms of Edgar Ramirez.

Plumped by a months-long diet of burgers and beer (or so McConaughey has gleefully informed any and all talk show hosts who'll listen) the posterior in question shines and shimmers like two ample half moons winking genially at the fastidious. No photo-shopping here, and no surprise for followers of McConaughey from The Lincoln Lawyer through Bernie, Mud, and The Dallas Buyers' Club to the True Detective TV series. In middle age, McConaughey has worked up a robust appetite for playing pot-stirring, pot-bellied outliers.

The latest, a mining prospector trying to whistle up a fortune from the most precious metal of all, is the best thing about Gold. Otherwise the film is busy and noisy and capably directed by Stephen Gaghan (who also made Traffic and the near-fatally frenetic Syriana), but dispiritingly short on fresh insight into the American bucks who buck every system that stands in their ruggedly individualistic way.

Crisply written by Friday Night Lights screenwriters Patrick Massett and John Zinman, Gold is based on a real-life 1990s stock-market swindle emanating from Calgary, Canada, which the filmmakers have rerouted to a sexier, more tawdry Reno, Nevada. The movie, conceived during the great recession of 2008, loops us back to the global financial crisis of the late 1980s, which has reduced a prosperous mining company to rubble and, it's implied, destroyed its owner (Craig Nelson).

Playing the owner's son Kenny, a prospector looking for a big kill, McConaughey adds another rascally charmer to his gallery of rogues. Sleek and muscled while he prospered, Kenny has since grown flabby and seedy with the failed economy. His dome of a forehead disappears into a receding hairline, and he's gained a lot of weight, hence the chubby buns we will shortly meet when Kenny sweats out a bad case of malaria in the steamy Indonesian jungle (beautifully shot by Robert Elswit) where a possibly savvy prospector (Ramirez, valiantly playing close to the chest while everyone else shrieks) has promised him a huge gold strike.

Things don't work out, and then they do, and don't, and so on, while Kenny cycles manically from rags to ill-gotten riches and back again, gloating and grieving as needed and carrying a posse of big-city investors along on his harebrained endeavors, which include an attempt to get the son of a well-known foreign dictator on board for a Plan B scheme.

Inevitably Gold is framed as a caper, which means the only question that matters is who is leading whom down which garden path. McConaughey brings such goofy, untamed brio to Kenny that it's hard not to root for him as he rushes from heaven to hell and back, beguiling all the way. And given that Gold is in part about the fact that greed never learns from history or experience, it makes sense that contrition plays the smallest of supporting roles in Kenny's post hoc narration of his road to perdition to a keenly attentive official of unknown provenance.

Still, we've been here many romps before, and one wishes that for once, someone would make a film on this subject without making the obligatory sharp turn into folksy, facile populism that Gold and its ilk inevitably do. Speed-skating through Kenny's rueful contemplation of the harm he's done to others, to say nothing of the suffering he's inflicted on his loyal girlfriend (Bryce Dallas Howard), Gold invites us to see Kenny as nothing worse than a scamp and a dreamer. This was always a wishful thought, and it's wearing awfully thin, given what recent experience has taught us. Which is that under the right conditions, men like Kenny, reaching by any means for their pots of gold, can bring not just family and friends but world economies to their knees.