Accessibility links
'The Salesman': A Violent Act Tests A Marriage, And One Actor's Humanity As a Tehran couple perform Arthur Miller's Death of a Salesman, troubling parallels emerge in their home life. Writer-director Asghar Farhadi's nuanced film is one to which attention must be paid.

'The Salesman': A Violent Act Tests A Marriage, And One Actor's Humanity

'The Salesman': A Violent Act Tests A Marriage, And One Actor's Humanity 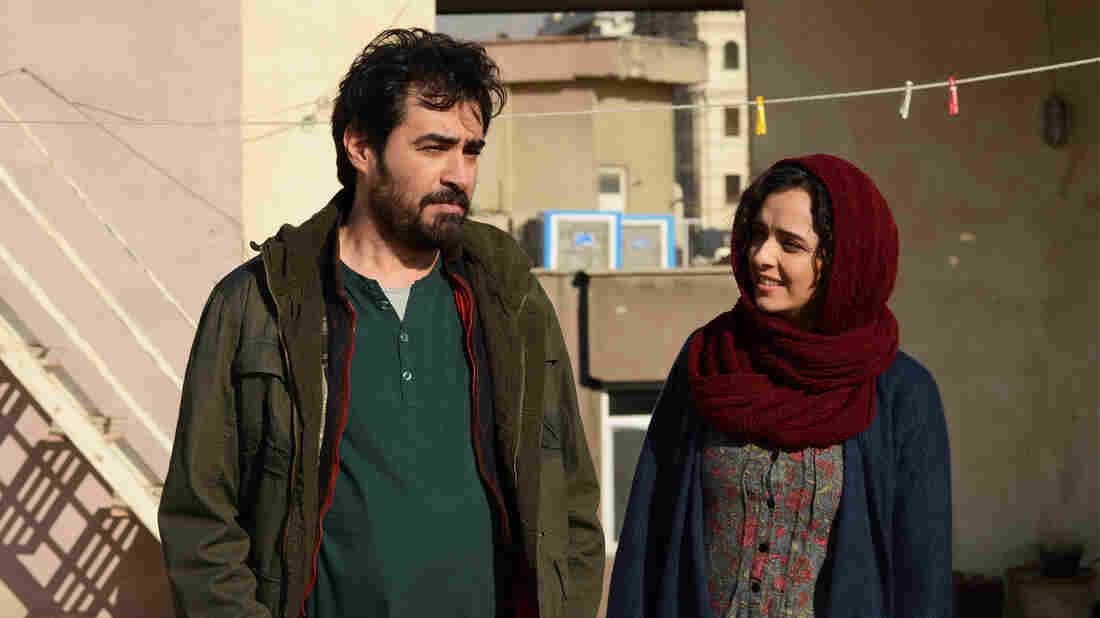 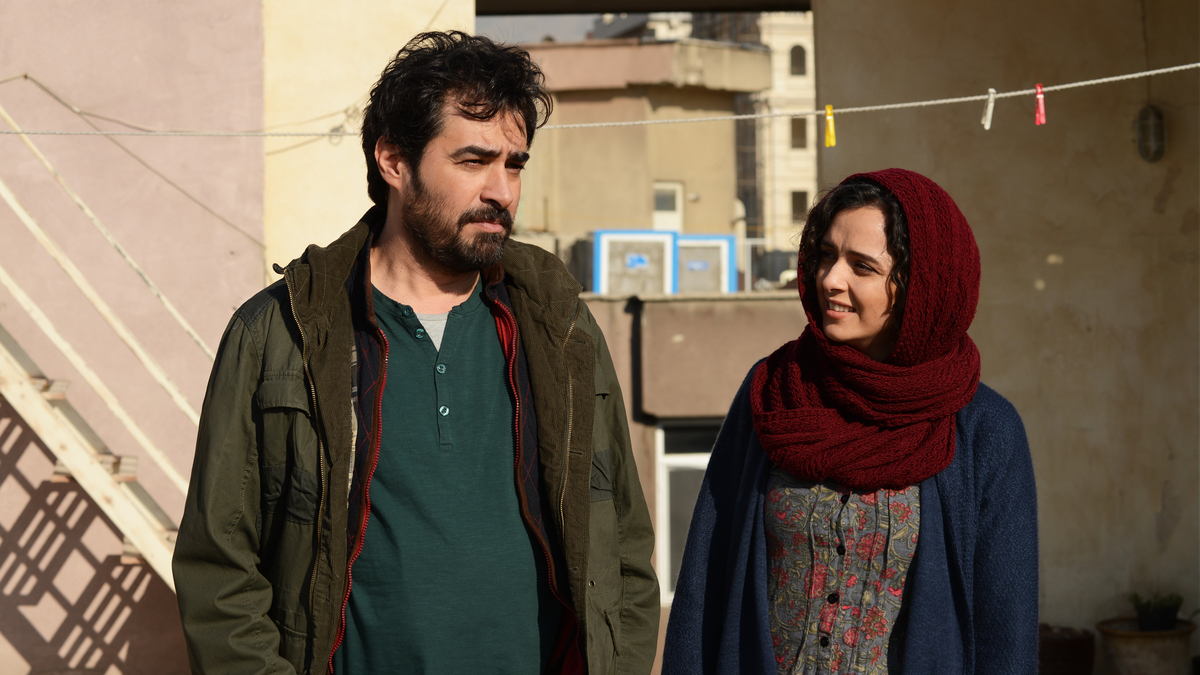 Shahab Hosseini and Taraneh Alidoosti in Asghar Farhadi's The Salesman.

In Iranian writer-director Asghar Farhadi's impeccable A Separation, emotional devastation results from minor misunderstandings, caused largely by class divides and religious differences. The subtle contrivances of that 2011 film became more overt in its follow-up, The Past. Now Farhadi has made a drama that billboards its theatricality, opening on the vacant set for a Tehran production of Death of a Salesman. The parallels with that Arthur Miller play that arise over the course of the film'are one reason Farhadi titled it The Salesman.

Rehearsing to play Willie and Linda Loman are another married couple, Emad and Rana (Shahab Hosseini and Taraneh Alidoosti, both exemplary). Emad teaches literature and film to high school boys, which allows Farhadi to include a bit of The Cow, the 1969 movie considered the first of the Iranian new wave.

As the play's premiere looms, a certain amount of backstage uproar is to be expected. Censors may trim some of Miller's text, and an actress complains about having to be fully covered while playing a scene in which her character says she's half-dressed. But such disorder is insignificant compared to the chaos that rattles the lead actors' offstage life.

Emad and Rana must suddenly flee their apartment after construction on a neighboring site threatens to collapse the building. Walls crack and windows break in a visceral scene that's also a metaphor for an upcoming disruption of domestic tranquility.

A theater colleague finds the actors a replacement flat, but with it comes a different sort of discord. One room is full of the previous tenant's belongings, which she can't remove until she rents a new place. That's difficult, for the same reason she was forced from her old one: She's "a woman with a lot of acquaintances."

Not all her clients know she's moved. One regular arrives and while heading to the shower Rana buzzes him in, thinking it's her husband. What happens next occurs off-camera, but is not insignificant. Rana ends up unconscious, her head bloodied. (From an Iranian filmmaker's perspective, this is a boon: Rana's bandage takes the place of the headscarf that film censors require, but that an Iranian woman wouldn't necessarily wear at home.)

Since the incident could be interpreted as related to sex, Rana doesn't want to inform the police. Emad understands, but feels compelled to avenge his wife and assuage his pride. (Perhaps playing an American onstage has made the actor see himself as something of a cowboy.) In his haste to escape, the interloper left behind some personal items. Emad finds the clues, and his career as an amateur detective is underway.

As in A Separation, a central motif is miscommunication. Mobile phones and an answering machine play roles, and Rana's innocent response to an apparently benign (if illicit) visitor snowballs into catastrophe. The apartment's former tenant, never seen or heard, is not presented as a monster. Neither, ultimately, is the shadowy man Emad pursues.

These nuanced characterizations are worthy of the director of A Separation, which painstakingly demonstrated that everyone has his or her reasons. Although The Salesman's plot is unbelievable, most of the movie occurs in a recognizably genuine world: dirty and battered, but bedeviled by compromise and self-interest, not pure evil. The links between Miller's Pulitzer-winning melodramatics and Farhadi's more naturalistic style are not overdone.

Until the last act, that is. The Salesman would be a much better movie if it ended a few minutes sooner. Instead, grudging reconciliation yields to sort of retribution, brutal if inadvertent. The curtain falls on everyday life, and the author's hand becomes manifest.