Accessibility links
Review: Porcelain Raft, 'Microclimate' Many journeys and attempts to commune with nature compelled Mauro Remiddi to make Microclimate. If the album's hushed, lush grandeur is any indication, that connection was a profound one. 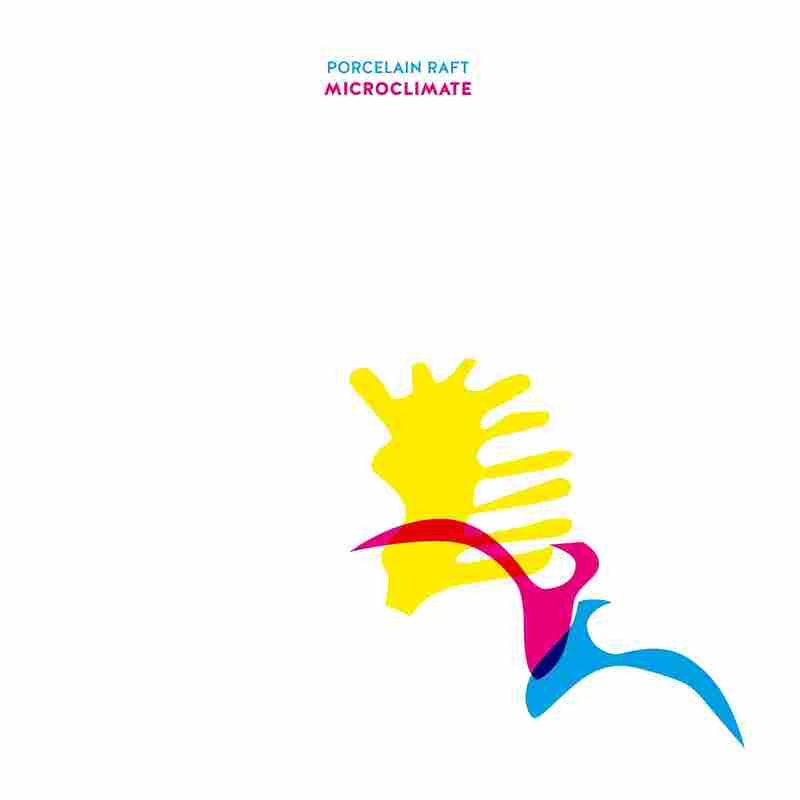 Mauro Remiddi is broadening his horizons. Four years ago, the Italian-born, New York-based musician released his critically acclaimed debut full-length, Strange Weekend, which was assembled in a basement in Brooklyn. Two albums later, he's issued Microclimate, and the backdrop is much vaster. Prior to recording it, Remiddi traveled to locales as far-flung as Barbados, Bali and Big Sur, among others, soaking up perspectives and environments in an attempt to infuse his new album with a different sort of depth. His prior work has never skimped on emotional richness, but on Microclimate, he's setting that introspective impressionism within a context as large as nature itself.

"Like a tiny whisper / Like a distant shore," Remiddi sings in a wispy, elfin voice at the start of "The Earth Before Us," the opening song on Microclimate. It's a brief song full of acoustic guitars and gentle pulses of beauty, and it sets the tone for the excursions, both internal and external, to come. From there, the record wanders far and wide. As their titles imply, "Big Sur" and "Kookaburra" draw from the artist's specific experiences in faraway places, but rather than functioning as musical travelogues, they capture sketchy portraits filtered through a lens of longing and wonder. Ethereal pedal-steel guitar coalesces into an aquatic lull in "Big Sir," while Remiddi sings, "Burned leaves beneath the trees / It's getting dark, my body spins." Meanwhile, "Kookaburra" evokes that bird's Oceania home, complete with a subtropical sway and a heady dose of magic realism: "Mechanical birds flying by, flying by / A second moon in the sky / Cities hanging upside-down / Oh, if you could see them now."

That's exactly what Remiddi does: He makes you see the places he's encoded in song. Splitting the difference between ambient electronic music and the musings of a traditional singer-songwriter, he infuses "The Greatest View" and "Bring Me To The River" with soaring, atmospheric imagism. Finely crafted and achingly tuneful, "Accelerating Curve" plays with trippy stereo tricks and traffics in screeching, psychedelic dynamics, adding a much-needed dose of muscularity and heft to his otherwise delicate compositions. This isn't an easy-listening album; as soft and breezy as it can get, Remiddi keeps a careful eye on incorporating both tension and release, both apprehension and bliss.

The album's final two songs, "The Poets Were Right" and "Zero Frame Per Second," sum up Remiddi's captivating marriage of verse and visuals. Amid plaintive piano and minimalist blips, he uses his featherweight voice as a vehicle, singing of islands and illusions, beginnings and inevitable extinctions. Many journeys and attempts to commune with nature delivered Mauro Remiddi to Microclimate. If the album's hushed, lush grandeur is any indication, that connection was a profound one.