Accessibility links
50th Anniversary Of Apollo 1 Accident Marked with Tribute To The Three Astronauts Lost On Jan. 27, 1967, three astronauts were killed when a fire broke out in their Apollo 1 cockpit during a test on the launchpad. The capsule will be put on public view for the first time Friday. 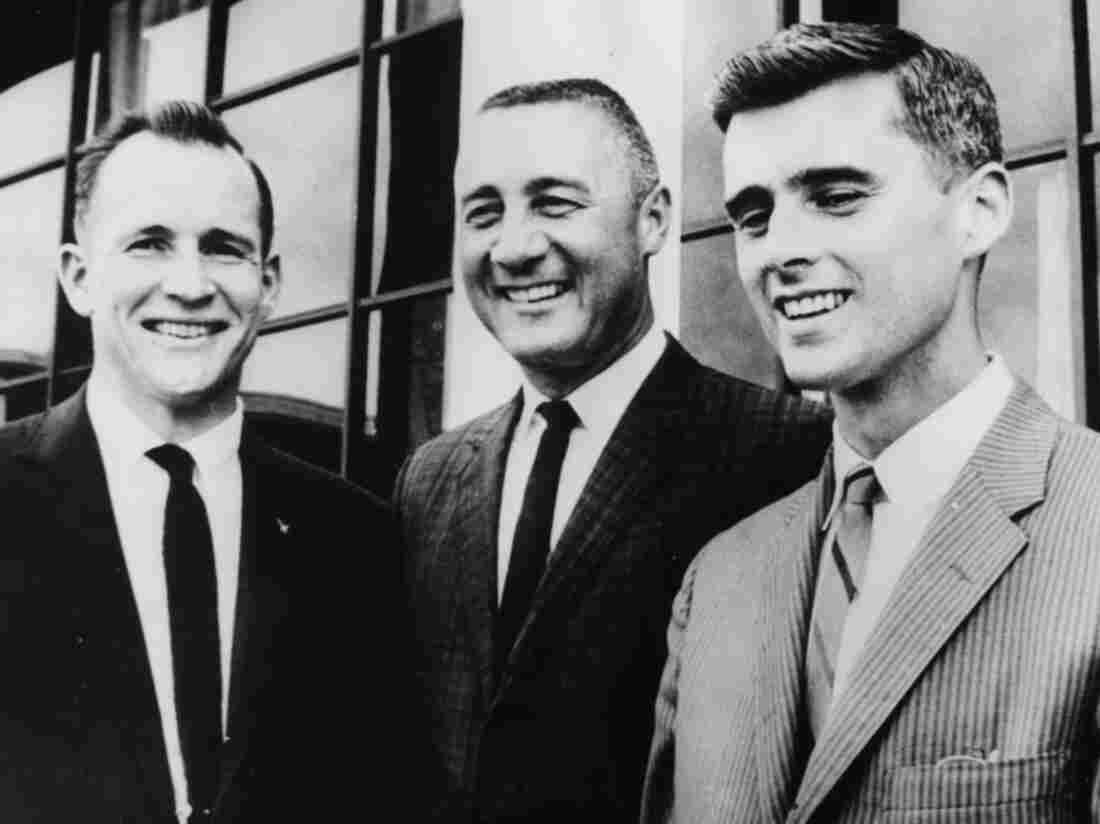 Apollo 1 astronauts Ed White (from left), Gus Grissom and Roger Chaffee, 1967. The astronauts died as a result of a fire in the cockpit during a training session on Jan. 27, 1967. Keystone/Hulton Archive/Getty Images hide caption 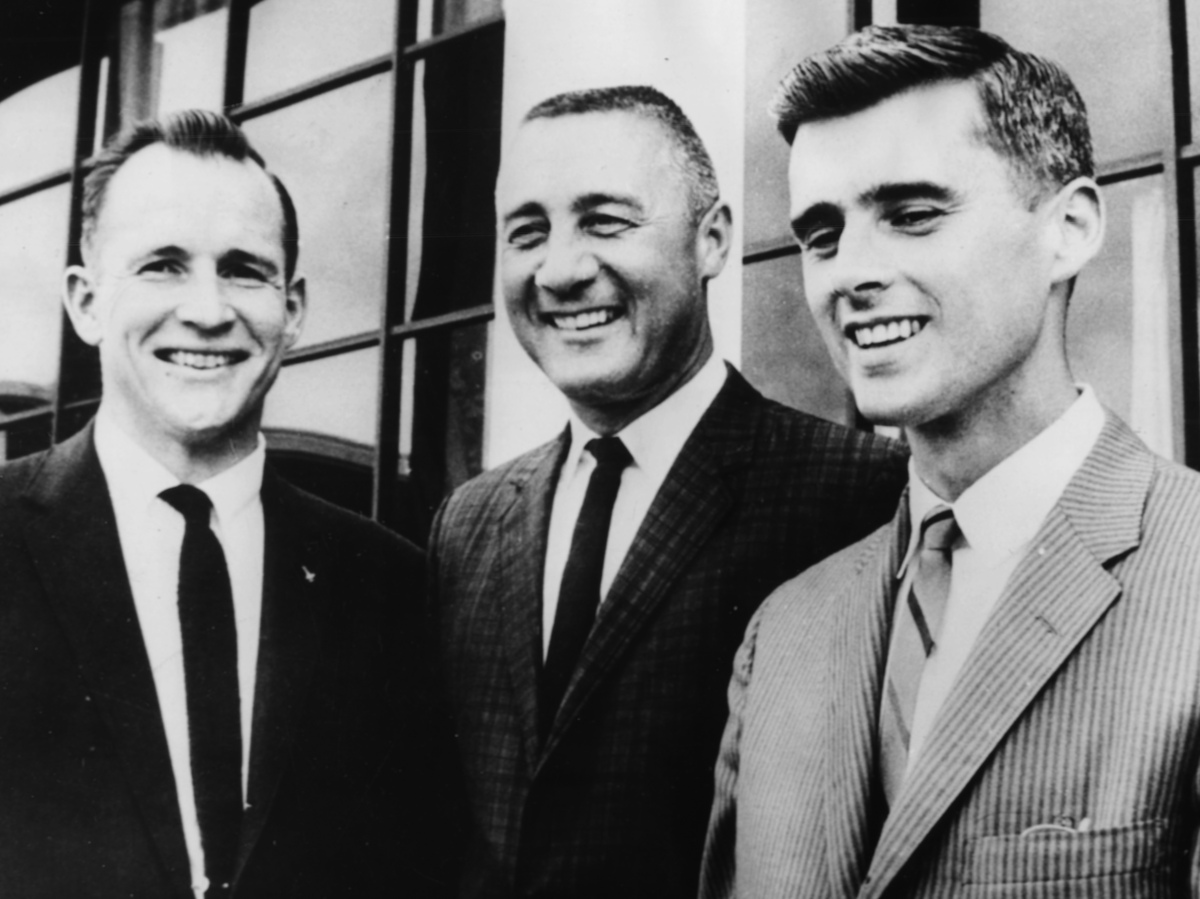 Apollo 1 astronauts Ed White (from left), Gus Grissom and Roger Chaffee, 1967. The astronauts died as a result of a fire in the cockpit during a training session on Jan. 27, 1967.

Friday marks the 50th anniversary of the Apollo 1 fire that killed three astronauts during a routine test on the launchpad. The accident shocked NASA as the agency was rushing to meet President Kennedy's 1961 challenge to have men on the moon by the end of the decade.

The test was a dress rehearsal for the Apollo 1 crew — Gus Grissom, Ed White and Roger Chaffee. The ultimate goal was to check out the command module, NASA's first three-man spacecraft that would take astronauts to the moon.

The crew was rehearsing the real launch, which was about a month away. They were suited up and in the capsule running through checklists and testing equipment.

But something sparked in the oxygen-rich environment. Within seconds, the capsule filled with flames, smoke and toxic gases.

NASA Engineer John Tribe was working in the control room when it happened.

"It was incomprehensible to us how on earth we could have a fire in the cockpit," Tribe says.

"We had imagined the worst, we'd hoped for the best, it was not to be, "Tribe said. "We'd lost three of our team."

The accident halted the Apollo program as NASA scrambled to figure out what went wrong. Reporter George Alexander was one of only three journalists allowed to visit the capsule after the fire.

"What burned? I'd have to say just about everything that was in there except for these few odd bits and pieces," Alexander said. "Like a page which had only its edges slightly browned. This bit of parachute harness. But everything else burned."

The capsule was pressurized with 100 percent oxygen. In that environment, something not considered a fire hazard was extremely combustible. The hatch of the capsule opened inward, making it difficult for the crew to open it.

After the accident, there were hundreds of significant changes to the capsule and safety procedures. The redesigned capsules would use a mixture of oxygen and nitrogen, reducing the fire risk. And a new hatch was designed that could be opened in just five seconds.

Only 21 months later, NASA sent humans back into space aboard Apollo 7. And less than a year after that, Neil Armstrong and Buzz Aldrin landed Apollo 11 on the moon.

Astronaut 'Graffiti' Seen For The First Time In Decades

Astronaut Michael Collins was also on that mission. He says if the fire on Apollo 1 hadn't happened, it's likely a similar accident would have occurred in space — and that could have led to the program's cancellation.

"Without it, very likely, we would have not landed on the moon as the president had wished by the end of the decade," Collins says.

The successes of the Apollo lunar program overshadowed the loss of the crew.

For 50 years, NASA kept the Apollo 1 command module locked up — until now. Beginning Friday, the hatch from the burned capsule will be put on public display at the Kennedy Space Center as a tribute to the sacrifices of Grissom, White and Chaffee.