Accessibility links
Trump And Pence Join Congressional GOP To Discuss How To Replace Obamacare Republicans are holding their annual congressional retreat in Philadelphia, where they hope to find consensus on the party's strategy to repeal and replace Obamacare. 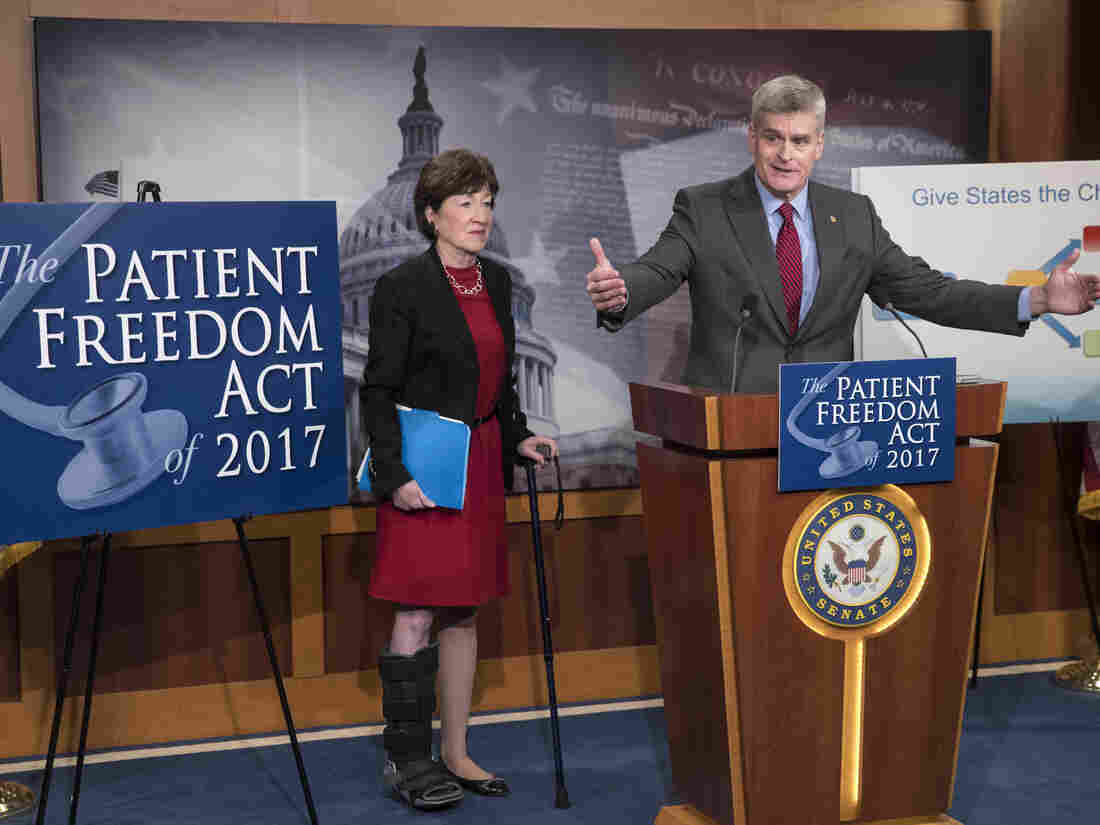 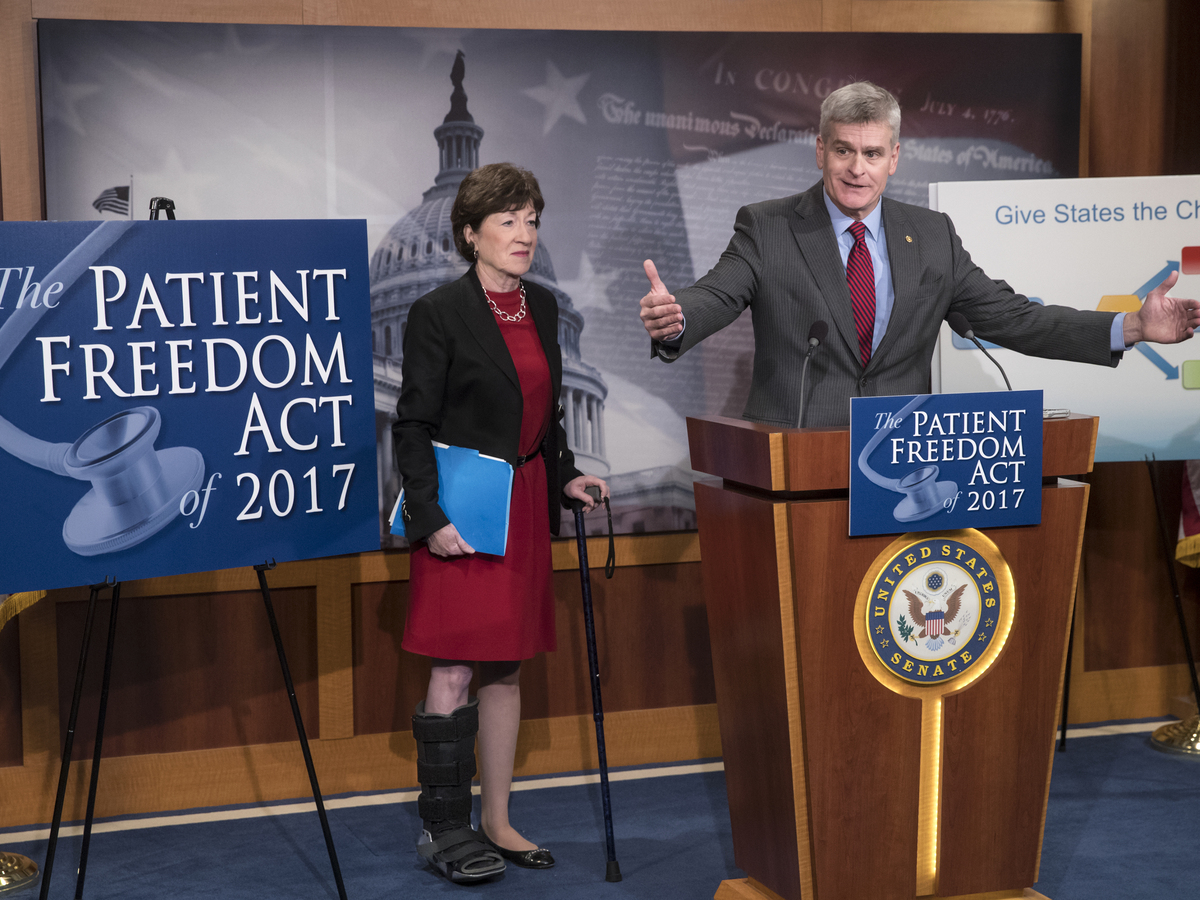 Republicans have a plan to replace Obamacare. In fact, they have several.

What they don't have is consensus on which one will guide the party's effort to reshape an insurance system that provides coverage for some 20 million Americans.

House and Senate Republicans are gathered in Philadelphia at their annual retreat in an attempt to find agreement across members of the House and Senate on the path forward. President Trump and Vice President Pence will huddle with Republicans on Thursday to discuss an ambitious 2017 agenda that also includes overhauling the tax code and building a wall along the U.S.-Mexico border.

They say it meets the requirements for replacement outlined by President Trump to expand coverage, continue to cover pre-existing conditions, repeal any mandates and lower the cost. "There's not many ways to get there, and as far as we know, none better than this," Cassidy said.

The Cassidy-Collins plan would give states three options: Keep Obamacare as is, enact their own insurance expansion or opt out of federal assistance entirely.

It's unique in that it's the only plan so far that could keep Obamacare partially intact. Collins admits it's a work in progress, but she says Republicans need to nail down their plan to calm down a wary public.

"If we do not start putting specific legislation on the table that can be debated, refined, amended and enacted, then we will fail the American people," she cautioned.

However, their plan is a nonstarter for many conservatives, particularly in the House, who believe anything less than full repeal would be breaking a fundamental campaign pledge.

The Republican Study Committee, a bloc of conservative House Republicans, released their own plan earlier this month. A key component is that it would repeal the individual mandate and replace it with a system that gives people tax credits if they choose to buy insurance.

"It's something that's a good base. I've said this the other day, it's round one of a 15-round engagement," said RSC Chairman Mark Walker, R-N.C.

Other key players, like Senate Health Labor and Pensions Committee chairman Lamar Alexander of Tennessee, are taking ideas off the table. For instance, Alexander opposes trying to tackle Medicare reforms in the Obamacare replacement effort.

He secured a commitment from Health and Human Services Secretary-designate Tom Price that the the Trump administration wouldn't try to either.

"Let me ask you this. Is this the bill — any effort to replace and repeal Obamacare — is this the bill to reform Medicare?" Lamar asked Price, a current congressman from Georgia, at a recent hearing.

Medicare may be off the table, but Medicaid is on it. The health care program for the poor was expanded under Obamacare.

Trump administration officials have said their upcoming plan will include a long-standing conservative proposal to overhaul Medicaid from a guaranteed benefit to a block grant system. That would give states authority on how to spend that money.

But that plan would likely run into a Democratic blockade in the Senate, where Democrats stand ready to oppose practically everything Republicans are trying to do to repeal President Obama's signature domestic legislative achievement.

As a result, Republicans are also planning in Philadelphia on how to go it alone, much like Democrats ultimately did seven years ago to enact the law. "We anticipate no cooperation from the other side, and so it be incumbent upon us, us being Republicans, to come up with a replacement," said Senate Majority Leader Mitch McConnell.

Lawmakers' concerns will be aired out at the retreat by key stakeholders, said Speaker Ryan, who promised a "full, exhausting conversation" in Philadelphia.

Walker said Republicans are acutely aware of the policy and political challenges presented by their repeal and replace plans.

"This is something I believe, if we don't get right, Democrats will do their best to make it the key focal point in the 2018 elections. So there is some motivation," he said. "We want to do the right thing, this is something very sensitive when it comes to people's health care, but from a political side there's a benefit to getting it right as well.

And there are huge political risks if they don't. Just ask Democrats.