Accessibility links
'Grey's Anatomy': The Secret Sauce Is Blood ... And Friendship The ABC series Grey's Anatomy, set in a hospital full of possibly cursed doctors, has been on TV for 13 seasons. We talk about what has kept it popular with its fans for so long. 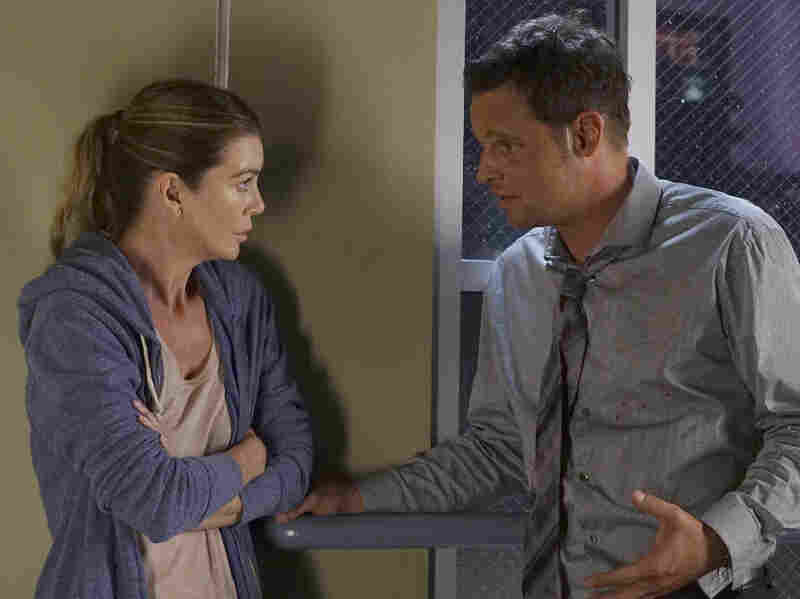 Meredith Grey (Ellen Pompeo) and Alex Karev (Justin Chambers) have been through a lot together across 13 seasons. Eric McCandless/ABC hide caption 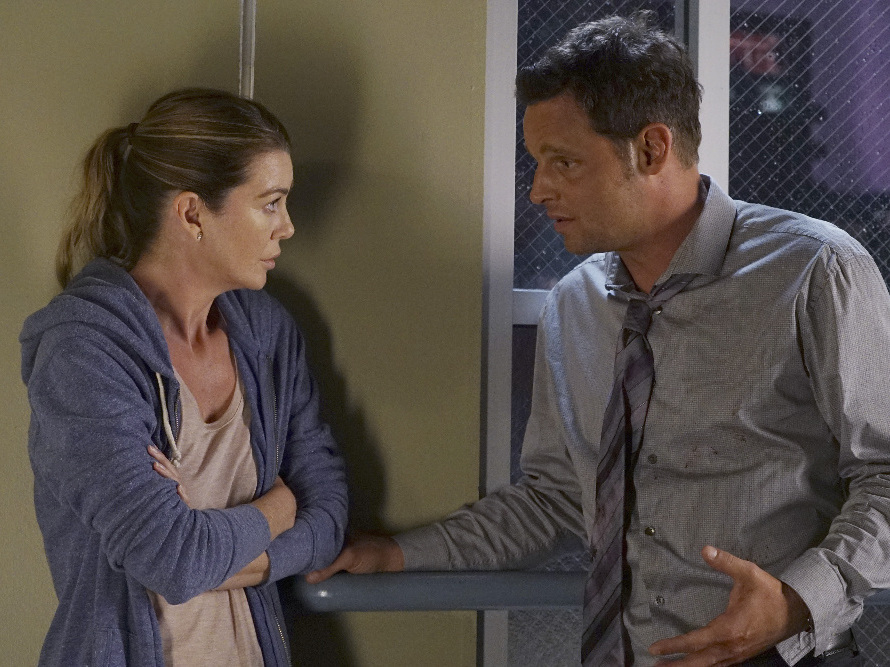 Meredith Grey (Ellen Pompeo) and Alex Karev (Justin Chambers) have been through a lot together across 13 seasons.

Grey's Anatomy is back Thursday night for the second part of its 13th season. It's hard to last that long, but it does seem that Grey's is — in the words of a friend of mine — "unkillable." And when you press its viewers on their thoughts about it, you often get a clear-eyed, fully aware evaluation of strengths and weaknesses that add up to a habit that's endured for over a decade.

I tend to be suspicious of fan analysis that's done without asking people why they like things, and I've been a casual, off-and-on viewer in recent years. So I asked people on Twitter who have stuck with Grey's to weigh in on the show's enduring appeal. If you look at that tweet and the many, many responses it received, there are some themes that emerge. One is that these folks are well aware of the show's sillier elements. They know that there's a lot of outrageous stuff going on, and an overdose of catastrophe for any real hospital. They get it.

And in a snacking-on-salty-goodies kind of way, they consume the romantic plots of Grey's for pleasure — that's where you see heart eyes and strong feelings, lots of declarations of which couples are worth rooting for and which are not.

But for a lot of fans, the heart of the show isn't the high-concept impalings and rare diseases or even the special episodes. For a lot of them, it's a show built on platonic friendships — especially but not exclusively among women — that are believable, relatable and familiar. And that's still true even among the high drama of the romances and the implausible plot drivers. The show's enthusiasts talk about these characters feeling like friends, feeling like people they know.

And, of course, they talk about having watched for so long that there's no point in quitting now.