Accessibility links
One Of Trump's First Orders Means Home Loan Fees Won't Go Down Had it gone into effect, the fee cut would have reduced the cost of borrowing for about 1 million Americans a year who buy or refinance houses with loans backed by the Federal Housing Administration. 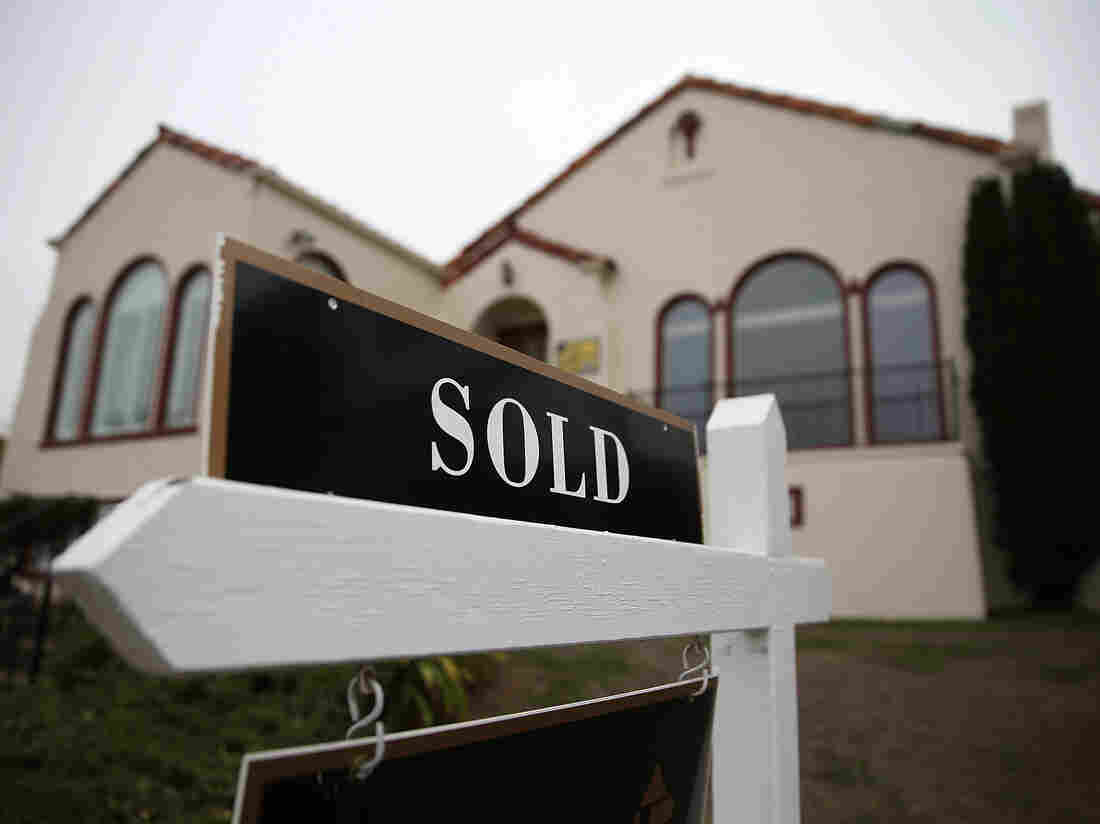 Had it gone into effect Friday, a Federal Housing Administration fee cut would have reduced the cost of borrowing for about 1 million Americans a year. Justin Sullivan/Getty Images hide caption 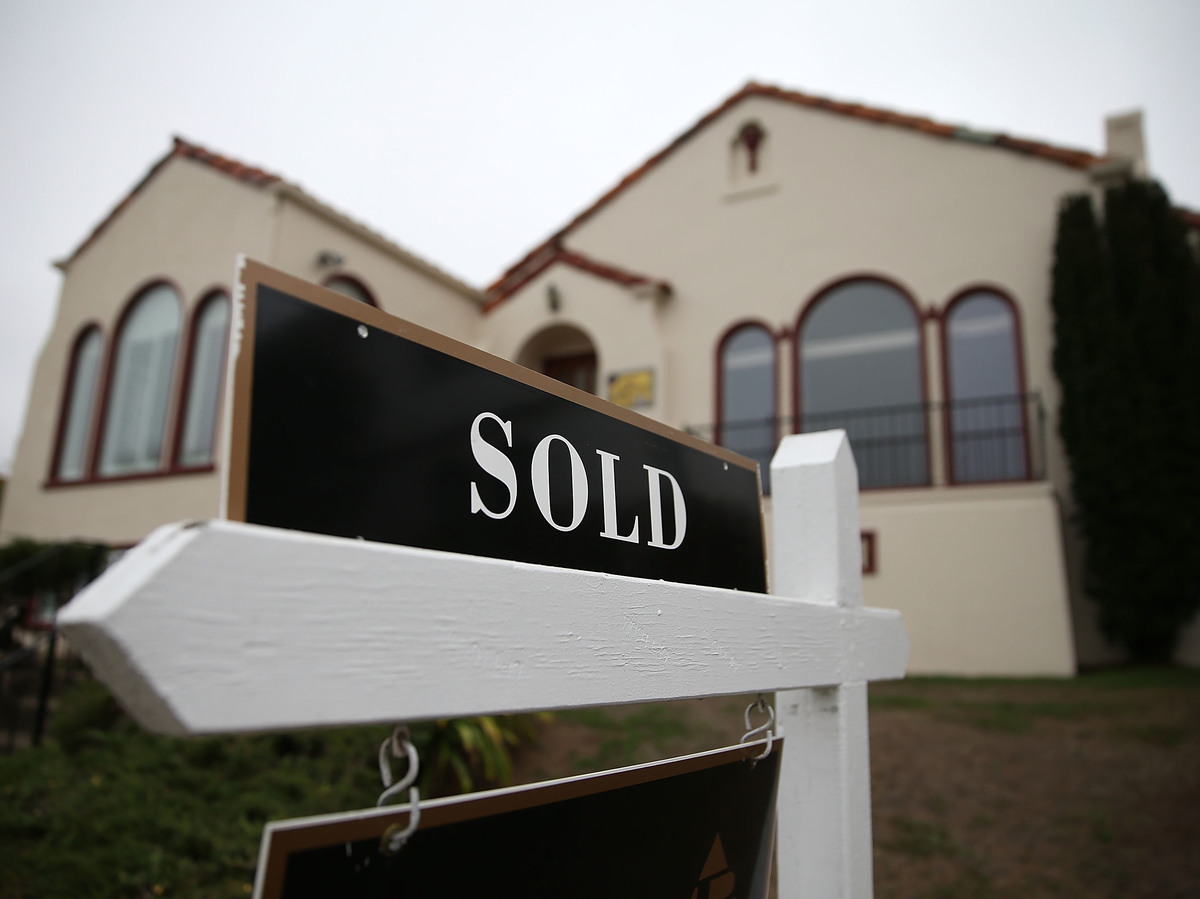 Had it gone into effect Friday, a Federal Housing Administration fee cut would have reduced the cost of borrowing for about 1 million Americans a year.

Friday was the day that many homebuyers across the country were to start saving on average $500 a year on their loans. A fee reduction was set to go into effect at the Federal Housing Administration, lowering the cost of nearly 1 million FHA loans per year.

But that's not going to happen, at least for now, because in his very first hours in office, President Trump issued an order suspending that fee cut.

The Obama administration had authorized the fee reduction for FHA loans earlier this month. Trump's order says it is now "suspended indefinitely." The Trump administration could ultimately allow it to go through, but the order states "more analysis and research are deemed necessary."

Geoff McIntosh, president of the California Association of Realtors, says his group was disappointed by the Trump administration's move. "It would have made a difference to California homebuyers of about $860 a year," McIntosh tells NPR.

The higher the price of the home, the greater the savings since the fee in question was to be cut by 0.25 percentage points of the total amount borrowed. So on a $400,000 home loan, the savings would be $1,000.

So why would the new administration want to keep that money out of Americans' pockets? The order doesn't say precisely. But some conservatives had warned that cutting the fees for FHA borrowers might leave taxpayers on the hook in another housing crash.

"FHA insures over $1 trillion in outstanding mortgage loans," says Ed Pinto, co-director of the American Enterprise Institute's Center on Housing Risk. He sees that as a potentially ominous liability given the FHA's cash reserves.

Other analysts disagree and say the FHA is once again on strong financial footing and they say the fee cut was justified.

At question is a home loan program that's become very popular with fist-time homebuyers and working-class and lower-income borrowers. With the rising costs of health care and education among other factors, many Americans find it hard to scrape together a very sizable down payment to buy their first home. To lower that barrier to ownership, for decades now the FHA has been allowing Americans to buy homes with as little as a 3.5 percent down payment. Private lenders make the loans and the FHA guarantees them.

Homebuyers agree to pay fees into an FHA reserve fund to cover losses on loans that go bad. Those fees went up during the foreclosure crisis to cover increased defaults. And the Obama administration had been lowering them in recent years as things got back to normal in the housing market.

Today, the money in the FHA's reserve fund is back above its legally required level. So the Obama administration concluded it was time to reduce the fees for borrowers again to pass more savings on to homebuyers. Had the fee reduction gone through, the fee would still be slightly above the level it was before the housing crash.

Still, Pinto remains uneasy. "There's been a lot of concern that the level of that fund is insufficient to really cover FHA in the event there were another serious event in terms of foreclosures," he says.

The FHA did require a bailout after the housing crash. But it was less than 1 percent of the money the government had to use to rescue Fannie Mae and Freddie Mac, which also guarantee home loans.

That's one of the big reasons that other experts say concerns like Pinto's are overblown. Chris Mayer, a housing economist at Columbia University, says that for a long time some conservatives have been warning that the FHA is a $1 trillion time bomb that people should be worried about.

But Mayer says, "we just went through the worst financial crisis since the Great Depression and the FHA didn't take down taxpayers or the federal government in any way, shape or form." So, he says, "at some point you can't keep saying this thing's gonna blow up, this things gonna blow up!"

The move to block the fee cut came hours after Trump's inaugural address, in which he Trump said he wanted to help working-class Americans. "I did find it somewhat ironic," says Geoff McIntosh, with the Realtors group.

But McIntosh says it's reasonable for the new administration to take some time to look at the numbers. "I can also appreciate that they wanted to make sure that it was a sound fiscal decision before they executed it."

McIntosh says he's cautiously optimistic that after the Trump administration reviews all the facts and figures, that it will allow the fee cut to go through, to help make homeownership a bit more affordable for Americans with FHA loans.