Accessibility links
Renowned Biographer Patricia Bosworth Writes A Chapter From Her Own Life The Men in My Life chronicles a 10-year period during which Bosworth married, divorced, finished college, became an actress, and worked alongside some of the biggest movie stars of the 1950s.

Listen · 8:11 8:11
Renowned Biographer Patricia Bosworth Writes A Chapter From Her Own Life 8:11 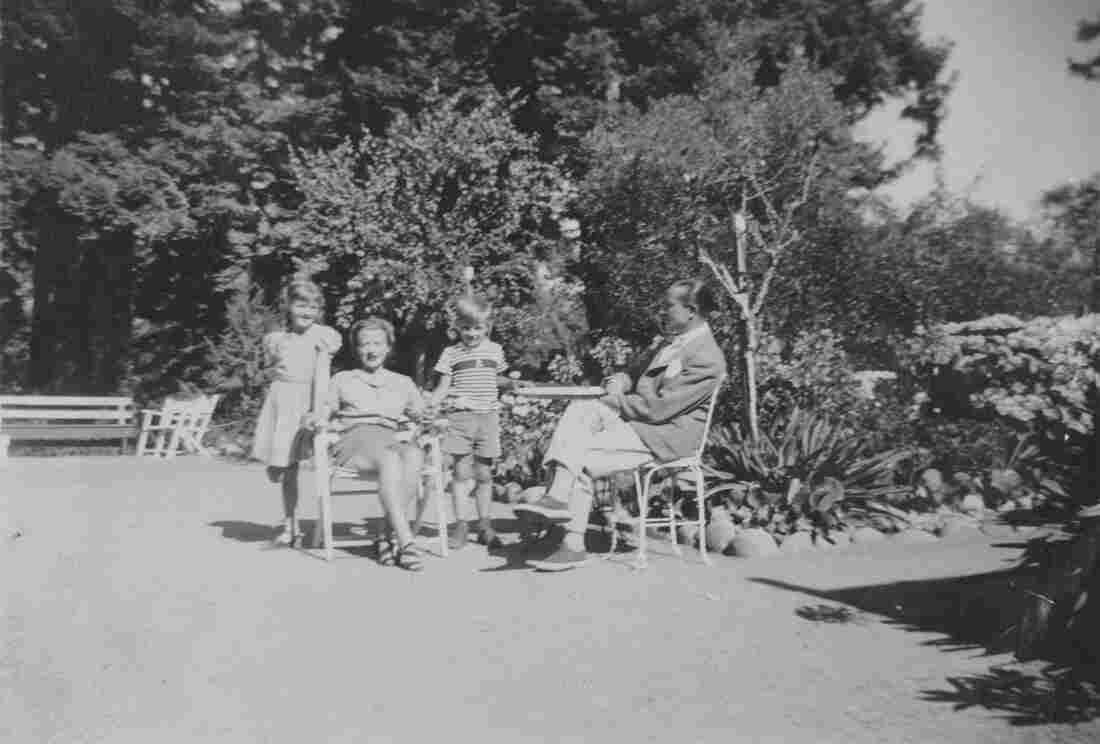 Patricia Bosworth (far left) is pictured above with her family in Aptos, Calif., in 1942. She ultimately became a writer, like her mother. Her father, Bartley Crum, defended blacklisted Hollywood producers, directors and screenwriters. Both he and her brother, Bart Jr., committed suicide in the 1950s. Courtesy of Patricia Bosworth hide caption

Patricia Bosworth has authored acclaimed biographies of Marlon Brando, Montgomery Clift and Diane Arbus. Now, she's written about a chapter in her own remarkable life.

The Men in My Life chronicles Bosworth's time in Lee Strasberg's Actors Studio, learning and working alongside Jane Fonda, Paul Newman, Marilyn Monroe, Arthur Penn, Elaine Stritch and Tennessee Williams. Bosworth starred with Audrey Hepburn in the 1959 film The Nun's Story, before she turned to writing.

Bosworth's mother had been a writer — a crime reporter, and then a novelist. "It had been the happiest time of her life, to be a writer," Bosworth tells NPR's Scott Simon. "I think part of me wanted to be like her. ... I loved the act of writing, I loved finding out about people, and making up stories. I enjoyed that much more than being on a stage and performing."

Ed. Note: A warning that Bosworth's story is, in part, sad and harrowing and includes situations and descriptions that some readers may find upsetting. 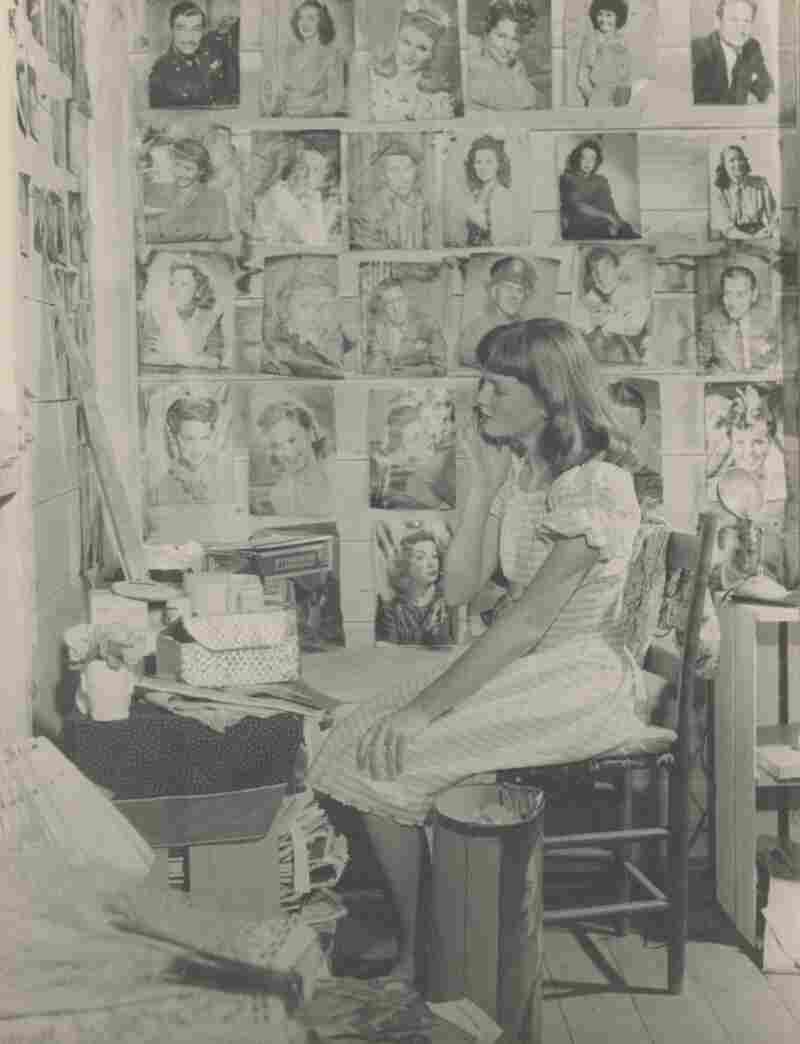 Bosworth sits in her "hideout" in 1945. Courtesy of Patricia Bosworth hide caption 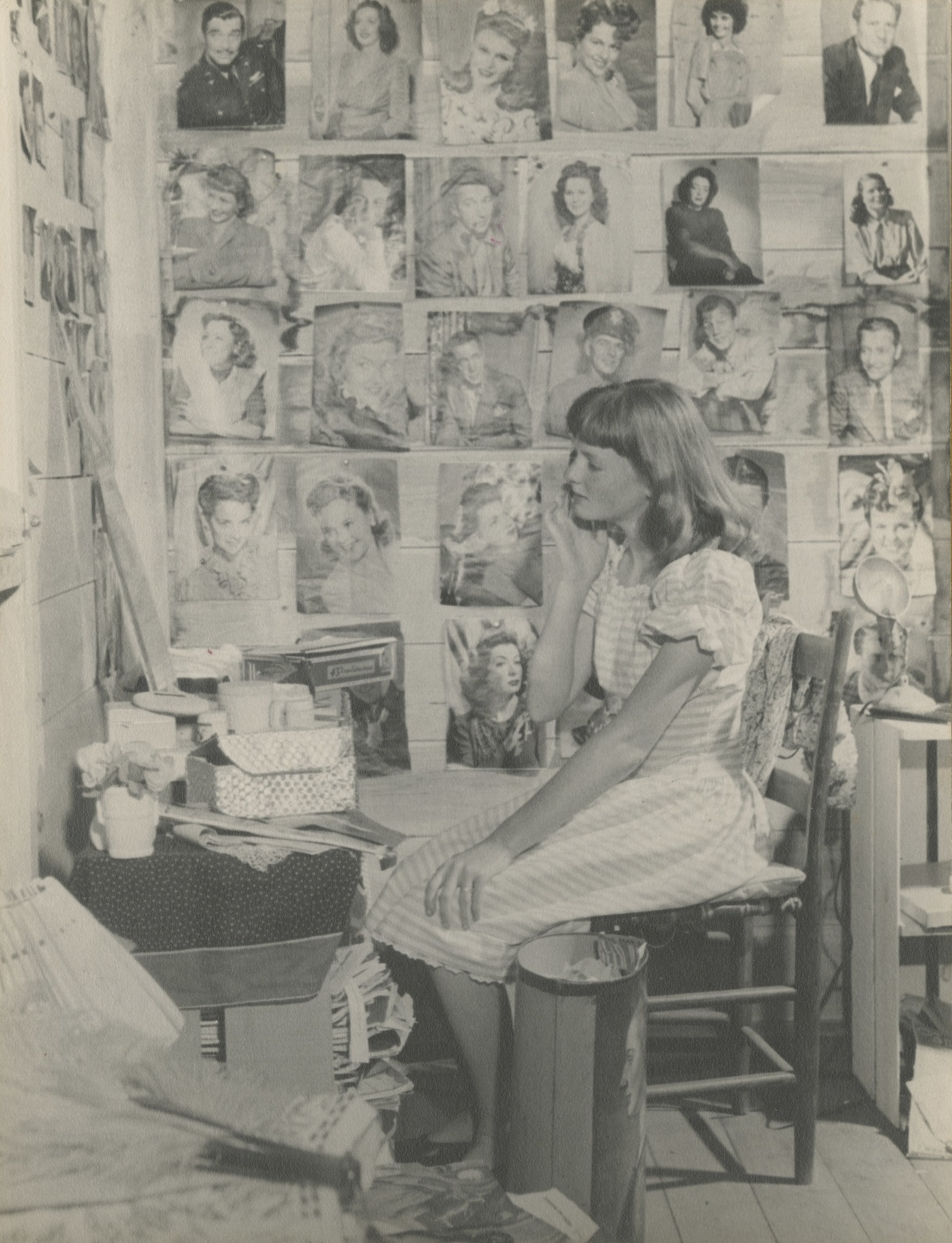 On this being a book of survival

[My father] committed suicide. That's part of what my book is about — he's one of the men in my life, you see, one of the most important men. The other was of course my brother, Bart Jr., who also killed himself — so I had a double whammy there. It was very difficult but that's what part of the book is about: Me being a suicide survivor. ...

This particular 10-year period which I write about is absolutely incredible in terms of all the things I managed to do — like getting married and divorced, finishing college, becoming an actress — all this happened in this 10-year period and I just wanted to write about that.

On riding on the back of Steve McQueen's motorcycle

It was incredible. It was very sexy. We were at the Actors Studio together and he was a new member. He was just gorgeous, and not at all interested in me. And I boldly kept staring at him during class until he just said, "You want me to take you out don't you? And I said, "yes."

So I hopped on his motorcycle and we went off to Central Park and we actually had a wonderful afternoon he talked a lot about his life ... he was a real gentleman. In the very end he said, "Look, I can't take you out. I'm in love with someone else. I don't want to fool around with anybody right now and I hope you understand." ...

But I did have that one afternoon with him, on the motorcycle.

On the culture of the Actors Studio 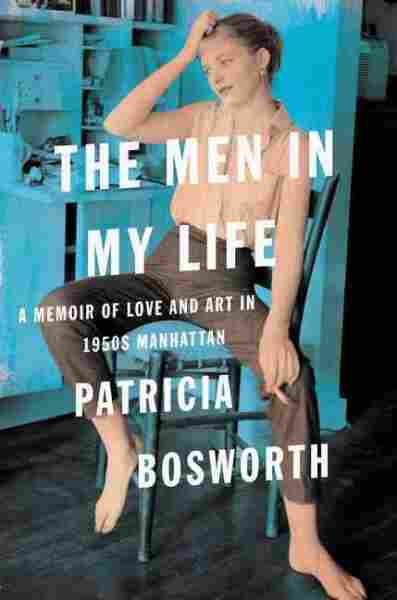 The Men in My Life

A Memoir of Love and Art in 1950s Manhattan

The Actors Studio was an amazing place ... Elia Kazan who founded the studio, he called it a zoo. It was open 24 hours a day. Projects were always going on. It was a very kind of sexy atmosphere about the place — lots of affairs going on and also a lot of arguments.

But it was also very male chauvinist pig-ish in those days. These guys — all of them — they really thought they were terrific and that women should be sort of kept in their place — and also we should go out with them whenever they wanted us to go out with them. I would come in and I would be grabbed and I would have to fight my way out of their embraces. This is the way things were there. But it was also sort of fun.

On learning she'd been cast in The Nun's Story -- and finding out the same day that she was pregnant. (In 1958 abortion was illegal and Bosworth paid $500 in cash to an underground abortionist in Manhattan).

I realized I didn't want to have a child at that point. I knew that having an abortion would be a difficult experience. I didn't realize how difficult both physiologically and psychologically. ... I did have the abortion and the doctor had given me some pills because I was about to go to Rome on a plane. We stopped off in Paris. I had these pills I was supposed to take in case I might hemorrhage on the plane because of the altitude. And I left the pills in the ladies room. Don't ask me why.

And so we were flying on to Rome and I suddenly started to hemorrhage. I didn't know what to do. I got a pad — you know one of those sanitary pads — from the stewardess and managed to stem the blood. ... Got to Rome and we rushed to the studios to get costume fittings and I met Fred Zinnemann, the director, and it was all very exciting. 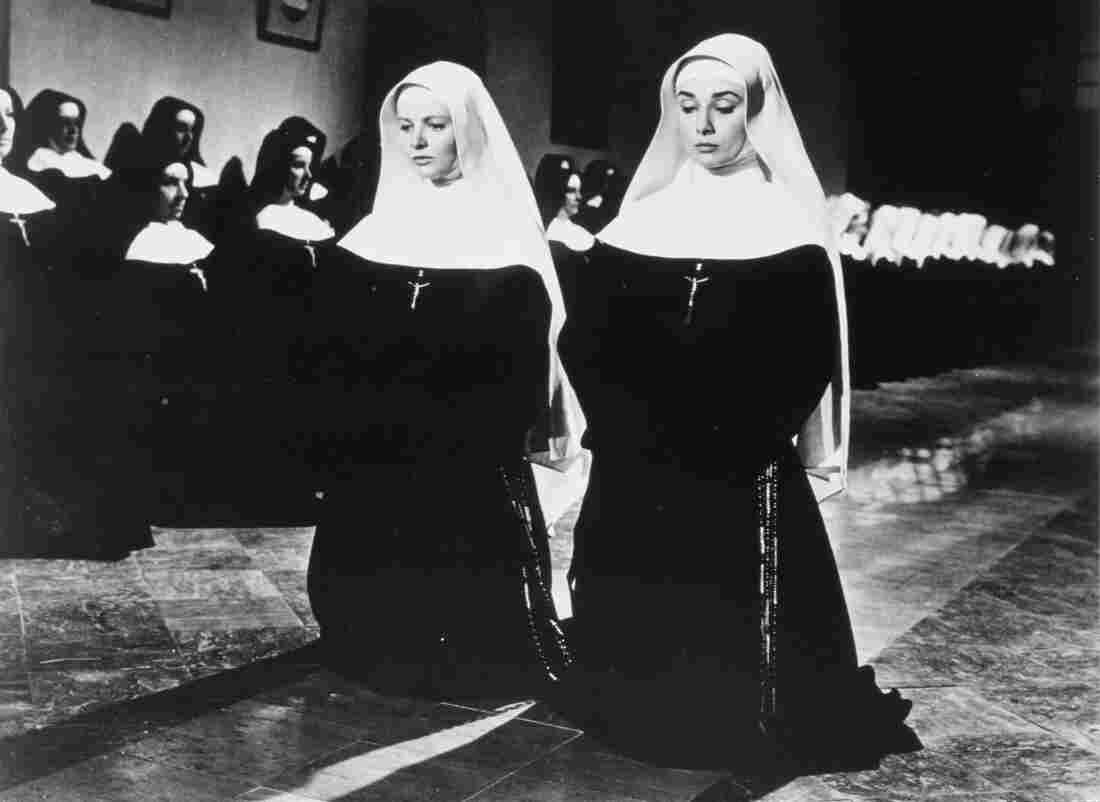 Bosworth (left) starred alongside and Audrey Hepburn in the 1959 film The Nun's Story. Courtesy of Patricia Bosworth hide caption 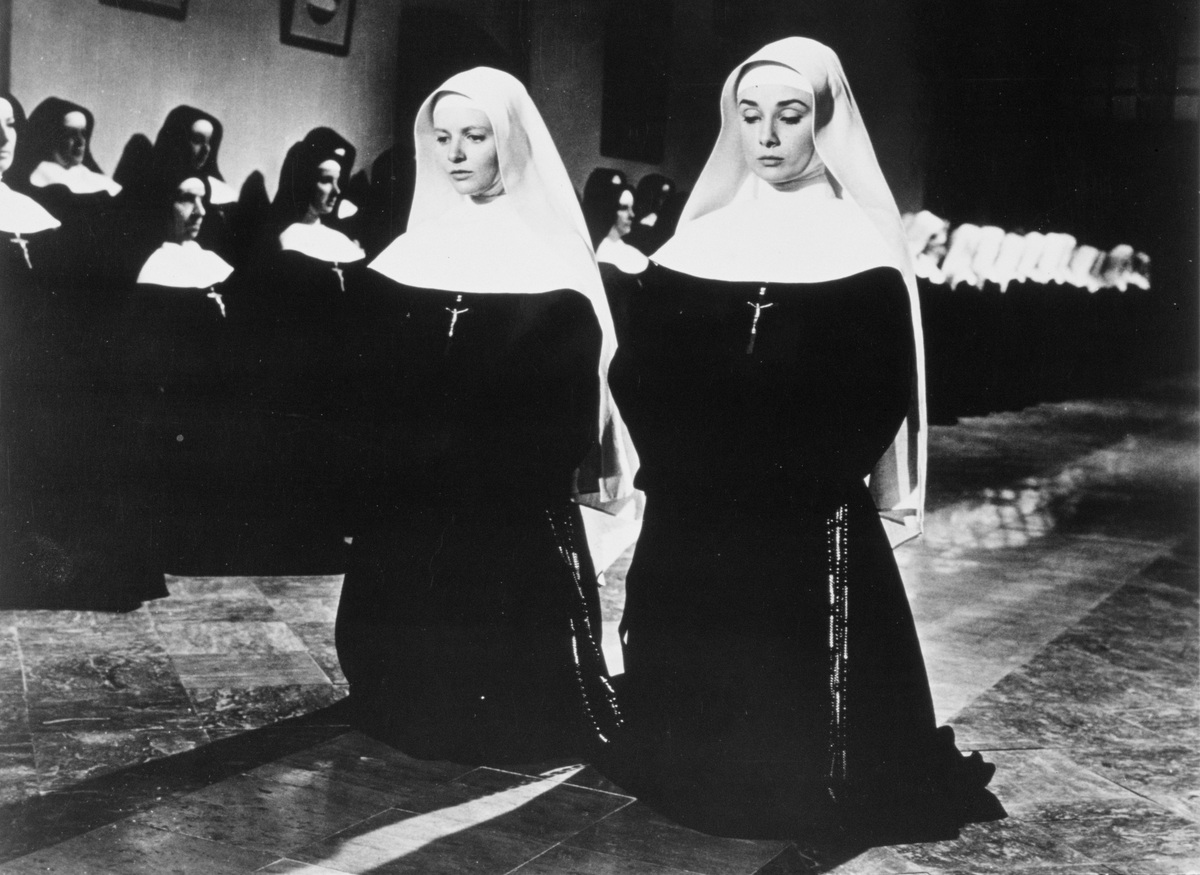 Bosworth (left) starred alongside and Audrey Hepburn in the 1959 film The Nun's Story.

Meanwhile, I am feeling very, very sick. ... I know that I'm still bleeding. The next morning Fred Zinnemann had agreed that we should go and meet with nuns and stay in convents. And I was, for some reason, sent to a hospital convent called the Salvator Mundi hospital which was run by nuns. I was supposed to talk to this nun about what it was like to be a nun.

So I got there, and luckily she spoke English, and the minute she saw me she said, "Oh, Miss Bosworth, you don't look well at all." And I said, "Oh, I'm fine, I'm fine." She said, "No, I really don't think you are well, I think you should go back to the hotel and rest ... if you continue to feel badly, here's my phone number and you can phone me." 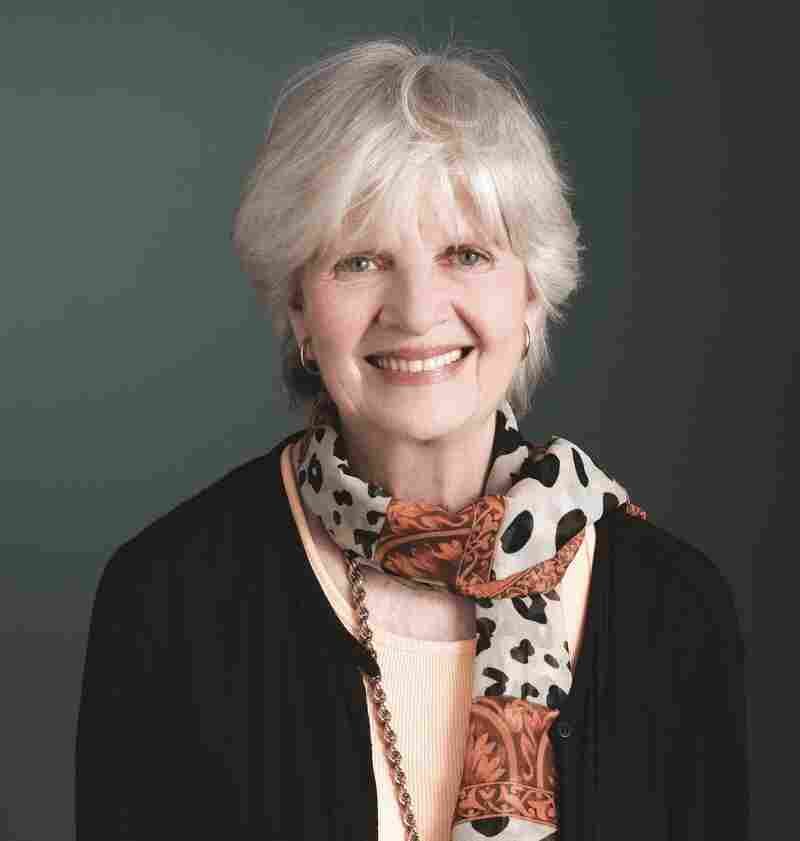 "I'm grateful for all the amazing experiences I've had. ..." Bosworth says. "I think luck has a lot to do with anybody's life and I think I've been incredibly lucky. Andrew Coppa/Harper hide caption 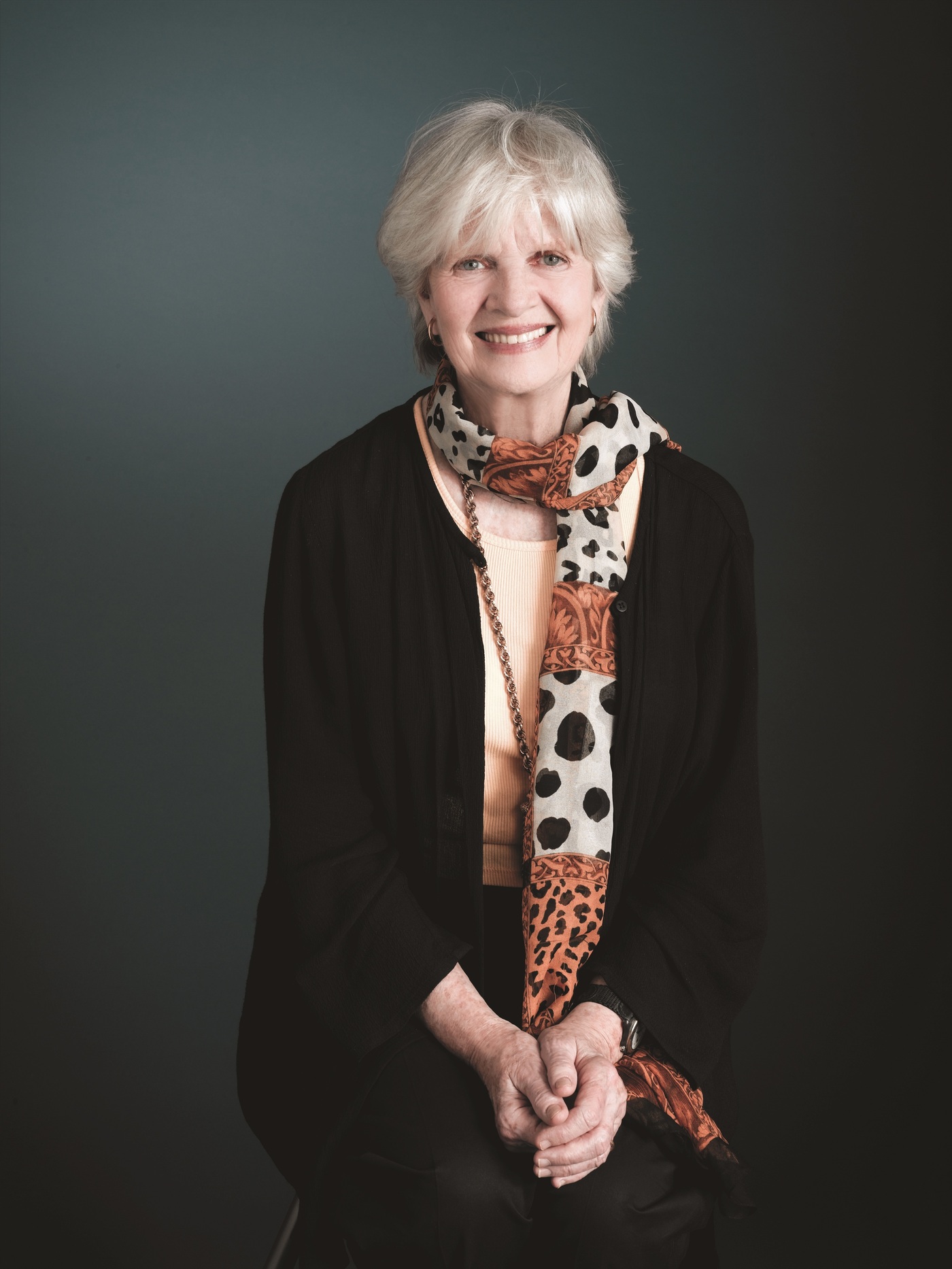 "I'm grateful for all the amazing experiences I've had. ..." Bosworth says. "I think luck has a lot to do with anybody's life and I think I've been incredibly lucky.

So I got back to the hotel and I was bleeding so badly — all over the rug, it was just horrific — and I called her and I told her: I had had an abortion and I thought I was dying. And she rushed me back to the hospital and I got to the operating room and the doctor sewed me up, and he was very angry at me. He said: "I've been working with actresses for too many years! Sewing them up! And you're a fool! Why didn't you take precautions!" He really chewed me out. ...

I never told Warner Brothers. ... The hospital didn't tell them, the nurses didn't tell them what had happened — they said I had a stomach ailment. The picture was delayed. ... I recovered and I went on with the movie, but of course it was a traumatic, traumatic experience, and I had really almost lost my life.

I said to her, "Sister, I could have died," and she said, "Well, you didn't die because God has plans for you. You're going to stay around a little longer." She never made a judgement.