Accessibility links
Cast As Brooding Leads, Rufus Sewell Says His Real Talent Is Comedy Rufus Sewell is seemingly everywhere these days — on stage and on the small screen, including Amazon's alternate-history series The Man in the High Castle, in which he plays an American Nazi leader. 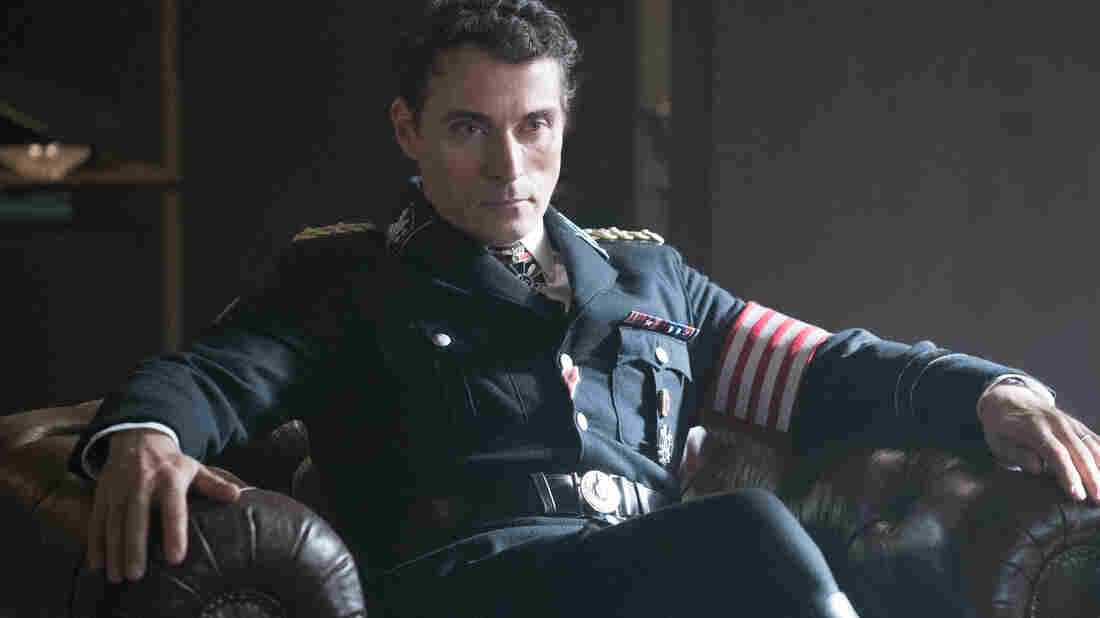 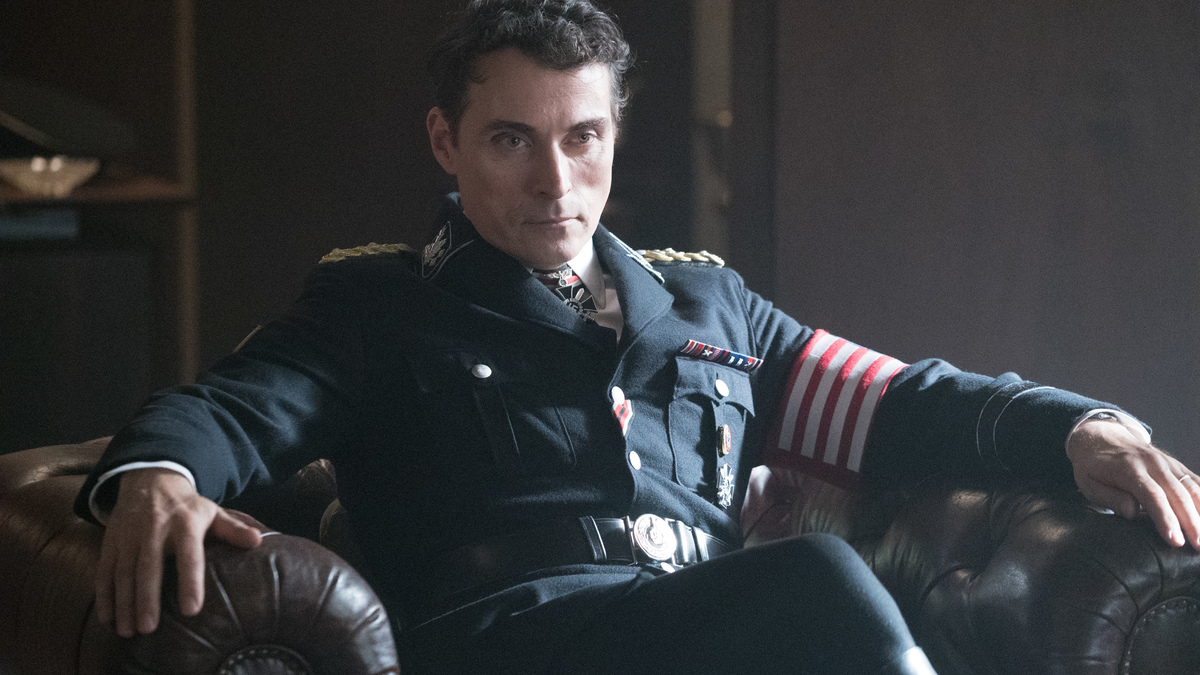 Brooding? Just a bit. Rufus Sewell stars as American Nazi leader John Smith in The Man in the High Castle.

People are seeing a lot of Rufus Sewell these days.

And he's also receiving raves for his role as John Smith, the Nazi leader of America, in the alternate universe of Amazon's The Man in the High Castle, which has been renewed for a third season.

The series is increasingly loosely based on Phillip K. Dick's 1962 novel in which the Nazis win World War II, America is occupied, and many Americans seem happy with that. Sewell tells NPR's Scott Simon that recently, a fan of the show tried to give him a Nazi salute through a coffee-shop window. "And he was not, you know, the usual suspect, kind of alt-right looking fellow. He was a kind of beardy Hollywood hipster," Sewell says, "and it didn't occur to him that I might be a slightly inappropriate thing to do ... people do it to me sometimes, but luckily they don't appear to be believers."

On bringing life to John Smith

The Nazi ideology is loathsome, but people essentially are not ... Admittedly in Season 1 he seemed like a relatively one-dimensional character, and I wasn't interested until I saw episode 2, which was already written, where it became a bit more confusing — you saw him with his family — and I would describe him as a person with an alternate history inside him, you know, a person who has turned out one way, who had history gone a different way would seemingly be a different person entirely.

The way you do it, or the way I've tried to do it, is try to get as familiar as I can with what happens to people, and how they create a narrative for themselves in which they're the good guys ... and I think that's what Philip K. Dick was writing about — he was writing about what people do in order to get on.

On why he got into theater

[Comedy is] my bag completely, I just don't get to do it very often. Possibly because of my bone structure.

I failed all my auditions for films for a very long time. I say that half-jokingly, but I do have a resistance to people assuming, as they like to with British actors, that theater is my first love. I've had that statement made on my behalf by strangers many many times ... Actually, no, it was watching Antony Hopkins on TV when I was young that made me want to be an actor, and then I discovered a love for theater through doing it at college and stuff, but it was always films I wanted to do — but I've kind of changed my mind ... I prefer theater now to film, certainly, because I get much better roles.

On whether he'd ever do a mindless comedy

If I had one thing I was good at, it would be comedy. I mean, beware of what actors say they like doing, obviously — it's not always a pleasure to watch people in their dream roles — but for me, it's the one thing that I like doing the most, and I'm probably the best at ... So yes, actually, it's my bag completely, I just don't get to do it very often. Possibly because of my bone structure and hair coloring and previous casting.

On his brooding looks

That's more to do with self-consciousness ... about your smile in the early years that kind of sets into habit, and the influence of '80s album covers. I would call it my kind of mid-'80s Depeche Mode face, which just happens on instinct. In reality I am possibly one of the least brooding people you will meet. You can see people's disappointment sometimes, when I don't come out of the stage door brooding and silent. I'm a bit of a chatterer, as this interview will attest.