Accessibility links
'We Weren't Looking For A Better Life, We Were Just Looking For Life' Bilal Askaryar fled Afghanistan with his parents and grandmother when he was five, as the country was descending into civil war. He reflects on his family's experience as refugees in this commentary. 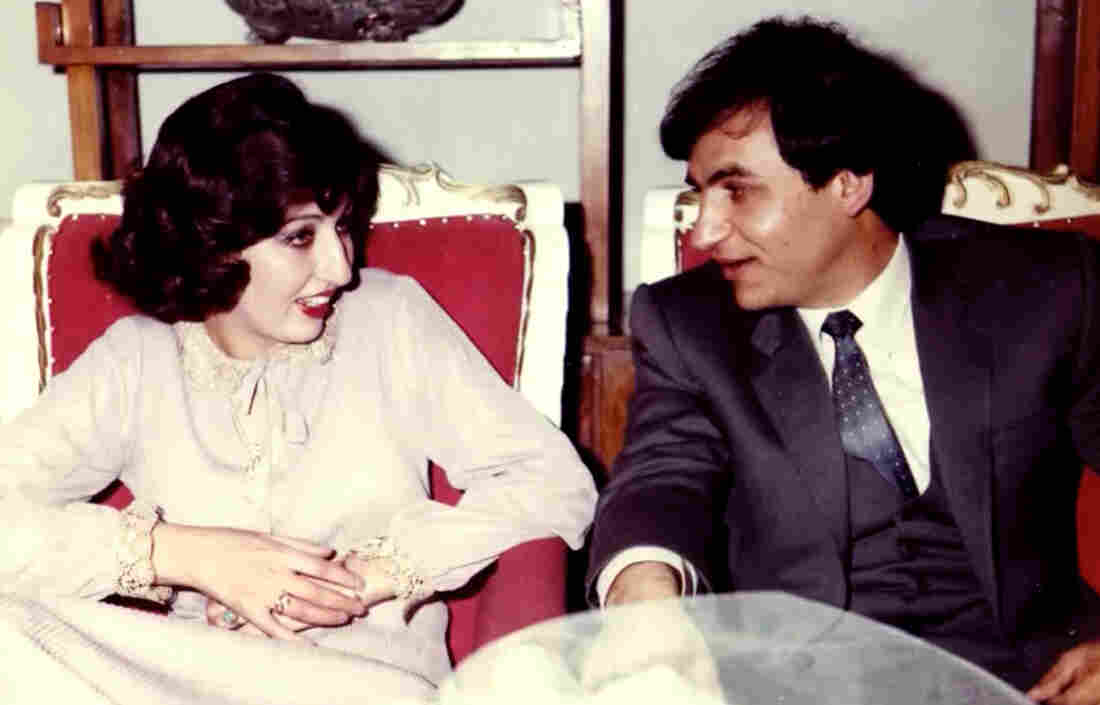 Bilal Askaryar's parents were engaged in Kabul in 1984. The family fled Afghanistan in 1990, when Askaryar was five, and they were granted asylum in the United States. Courtesy of Bilal Askaryar hide caption 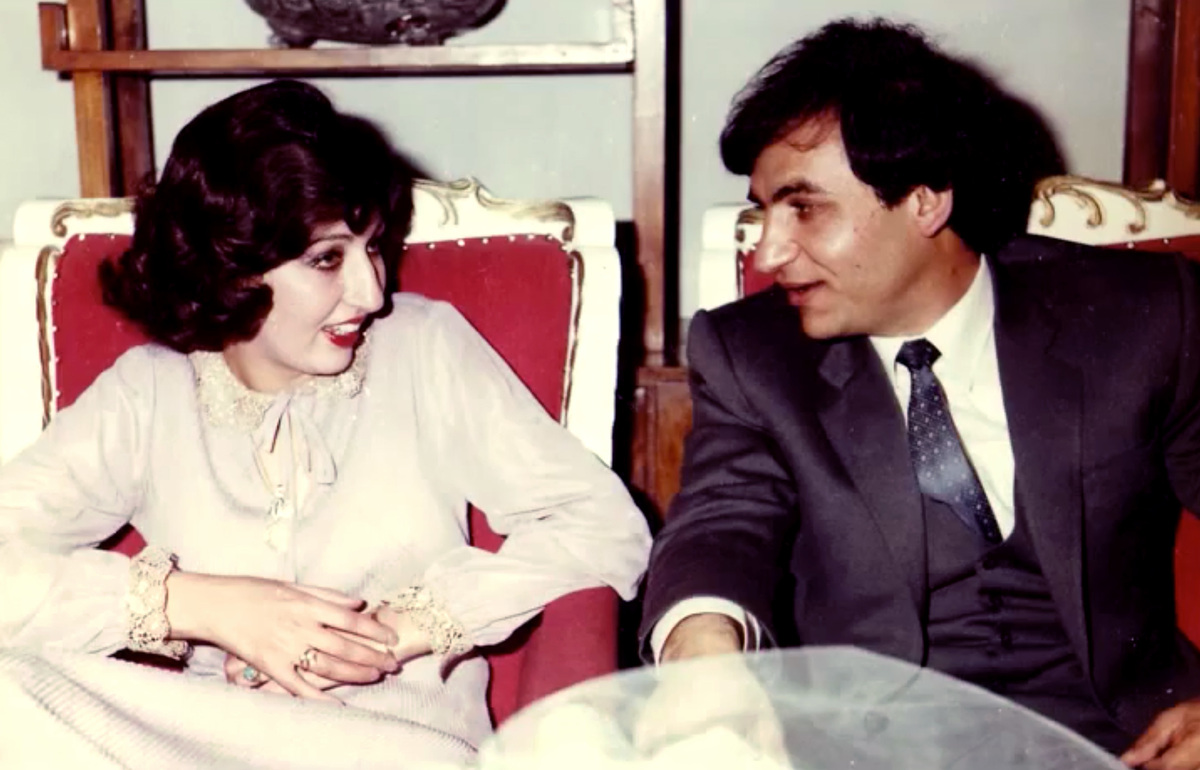 Bilal Askaryar's parents were engaged in Kabul in 1984. The family fled Afghanistan in 1990, when Askaryar was five, and they were granted asylum in the United States.

On Friday, an executive order was released that indicated the United States is banning the entry of Syrian refugees and temporarily suspending immigration for anyone from Syria, Iraq, Iran, Libya, Somalia, Sudan and Yemen. To me, this policy looks to be based on nothing but prejudice against Muslims.

This has happened before. In 1939, the United States refused entry to another group of refugees: Jews fleeing Nazi Germany. 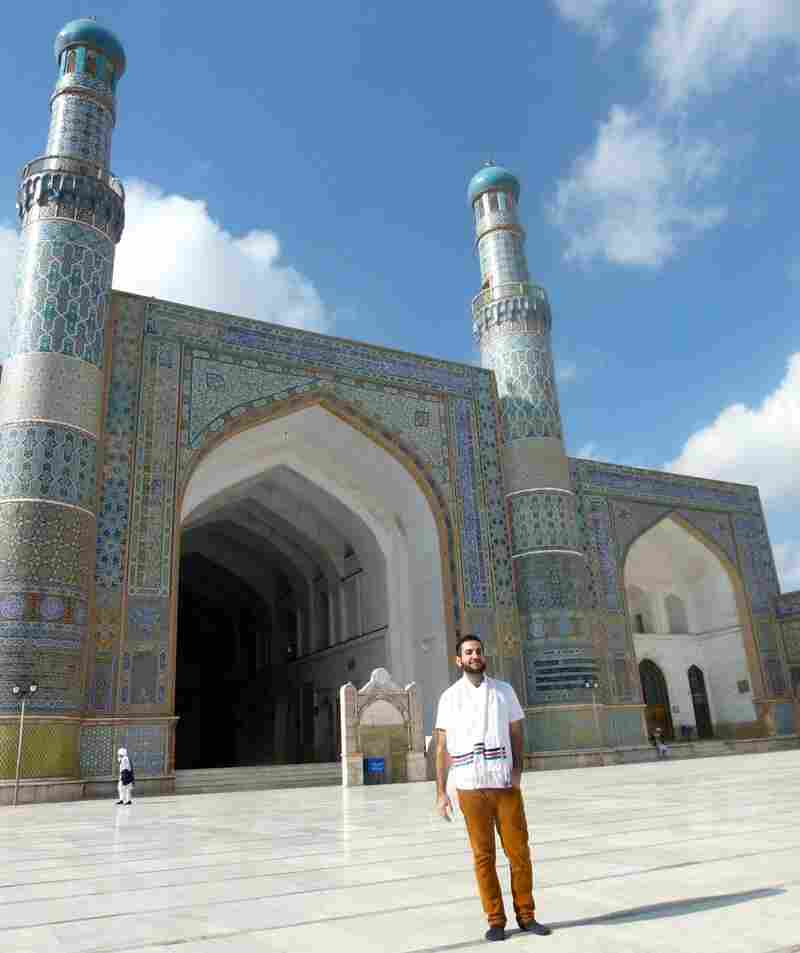 Bilal Askaryar visited Herat's Grand Mosque on a trip to Afghanistan in 2014. He also returned to the site of his family home in Kabul, and found it gone after years of war. Courtesy of Bilal Askaryar hide caption

Refugees are by definition the most vulnerable people among us. Families don't choose to sacrifice everything they have and leave their homes unless their homes become like the mouth of a shark. Scapegoating people who are fleeing for their lives is an inhumanity that no person with a heart should be able to defend.

Here is how Afghanistan, my family's home for a thousand years, became like the mouth of a shark.

In 1979, a decade of Afghan-Soviet "cooperation" turned into a full-fledged occupation. Dissent was not tolerated. Tens of thousands of people — teachers, laborers, farmers, preachers and students — were rounded up and tortured in a newly completed prison, Pul-e-Charkhi, outside Kabul.

High-level government officials who did not immediately pledge allegiance to the new, Soviet-backed regime were rounded up, too. My grandfather, Gen. Ghulam Farooq Khan, was one of them. From 1964 to 1975, he had served as Afghanistan's equivalent of the chairman of the joint chiefs of staff of the armed forces, before becoming president of Afghanistan's war college.

The Soviets twice imprisoned him, for months at a time, at one of their secret prisons. They kept him in solitary confinement, starved him, deprived him of his medication and tortured him via electroshock. Despite their best attempts at coercing him, he refused their offer to make him king if he publicly supported the occupation of Afghanistan.

Every morning, my aunt would go to the Pul-e-Charkhi prison and wait with a pair of fresh clothes and his heart medication in the hopes that the guards might give it to him. They never did. Every evening, she would return to see if he would be among the prisoners who were released that day.

Every night, my family ate dinner in silence, not knowing if his body would be delivered to their door.

Slowly, other family members began to disappear as well: generals, doctors, writers. We later learned they were kept in the same prison. Some of them even communicated with each other. Some of them never made it out. 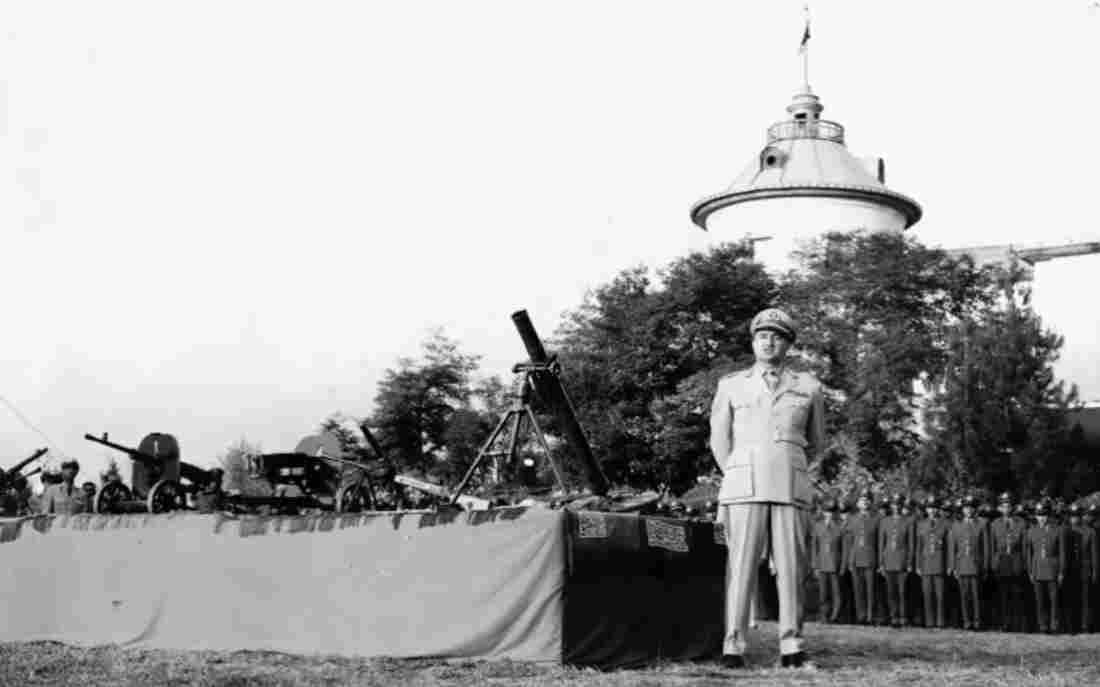 Askaryar's grandfather, Gen. Ghulam Farooq Khan, shown here in the 1970s at the former Kabul military club, was imprisoned during the Soviet war years in Afghanistan. He died in 1984. Courtesy of Bilal Askaryar hide caption

One relative began an anti-Soviet newsletter that another aunt would surreptitiously throw into people's backyards at night. The Soviets began to call my aunt "The Scorpion." My uncles had to go into hiding. My grandmother couldn't leave the house.

Shortly before I was born, after my grandfather had been released from prison a second time, he died of a heart attack.

My grandfather's death in 1984 was a turning point. His rank in the government certainly had made our family a target for the Soviets — but it also meant that those loyal to the former government respected my grandfather and tried to help our family as an act of solidarity. Without that protection, my family became even more vulnerable.

By 1988, members of our extended family had already begun to leave the only country they ever knew. It was simple: There was blood in the water and it was only attracting more sharks.

The regime began to raid our homes, looking for contraband that could prove we were spreading insurrection. To fool them, my mother would hide my grandfather's hunting rifles and military paraphernalia in the large barrels of rice we kept in our pantries.

On the nightly news, there were rumors of air raids. My family was told that homes with electricity would be targeted because planes could spot them in the night sky. I think of Aleppo when I remember my grandmother sewing heavy black curtains to hang on the windows lest the light betray us. 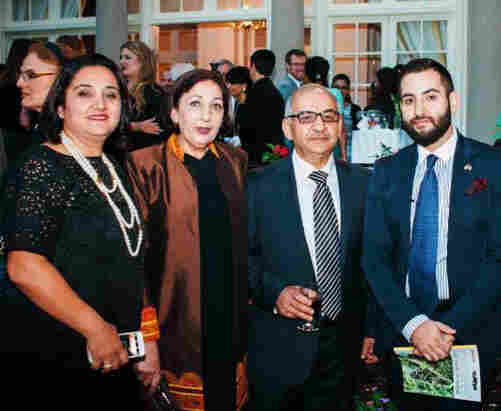 After the Soviet withdrawal from Afghanistan in 1989, mujahideen factions tried to fill the vacuum the Soviets left. It was the beginning of Afghanistan's descent into civil war, which led later to the arrival of the Taliban, who would bring with them a way of life no one in my family would recognize as Islam.

It was clear we had been lucky enough to make it this long, but now we had to leave.

I remember those last days before we left in 1990. I was five, but when you see your family trying to say goodbye to their world and prepare for a new one, that's something you never forget.

Mujahideen were launching rocket attacks in our city. I remember riding in my father's Volkswagen that was the same color as that special blue I've only seen in Kabul skies, when a rocket flew past my head.

I remember looking for loose tiles in our bathroom floor with my aunt. She was holding the only valuables our family had left, a photo album of pictures of my grandfather. They had sold everything else to get money for the plane tickets out of Kabul, the forged exit papers that would fool the authorities into letting us leave and bribes for the smugglers.

She told me that she wanted to find a safe place to hide the photos, somewhere a thief wouldn't look. I remember her saying when it's safe again, when we return, at least we will know no one will have thought to look under the bathroom floor. She was convinced we'd come back in a month, maybe a year at most.

I remember my father ripping open my mother's coats to replace the shoulder pads with rolled-up cash that we would need along the journey.

Finally, we left. I can't properly explain the connection my family has to that land. "Home" isn't the right word. What's the word for a land that has your blood in its soil and whose soil is the flesh that makes up your body? Whatever that word is, that is what we were forced to leave.

Our journey out of Afghanistan took us to India, Pakistan, China. Finally, we boarded a plane from Tokyo to San Francisco.

We landed at SFO — my mother, my father, my grandmother and me. In the airport, we claimed asylum and were brought before a judge that same day. I was separated from my parents because each of us had to be interviewed separately. I remember looking at the judge and saying the only English word I knew: "Water."

He granted us asylum. My parents and I were naturalized and became citizens in 2000.

But today's refugees will not be so lucky. Why?

Because my family was lucky enough to seek refuge in a small window of time dominated by a fear of the Communist Party, not a global religion of 1.6 billion people. Because some are afraid that the Syrian or Yemeni or Libyan or Sudanese or Iranian or Iraqi family fleeing conflict or persecution is instead coming to take our jobs or threaten our way of life.

I'm an American, and that is not my morality. I hope it isn't yours, either. History will judge us.

Bilal Askaryar helps manage the Turquoise Mountain: Artists Transforming Afghanistan exhibit at the Smithsonian's Freer and Sackler Galleries. He holds a master's degree from the American University School of International Service. He arrived in the United States as a refugee fleeing the war in Afghanistan when he was 5 years old.