Accessibility links
Book Review: 'Caraval,' By Stephanie Garber Stephanie Garber's quasi-historical young adult novel is one part amusement park, one part Venice and one part game show — but the ending is marred by a muddled message that leaves the story hollow.

'Caraval' Is A Dark Circus Where The Clowns Don't Like You

'Caraval' Is A Dark Circus Where The Clowns Don't Like You 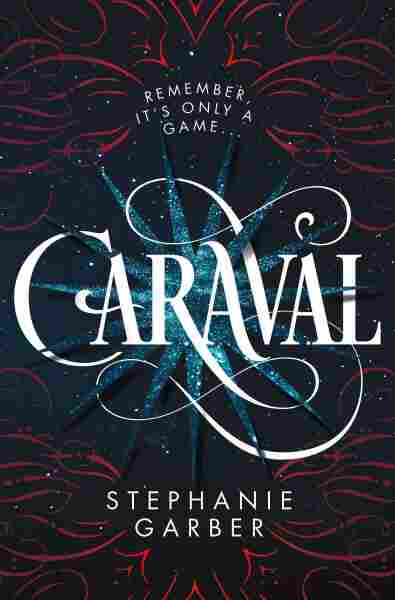 The world of Caraval is one part amusement park, one part Venice, and one part game show, painted in all the colors of a gothic circus. Girls in gowns rustle their way down dark hallways, searching for clues that will win them a wish — but some girls have more need of wishes than others.

Scarlett has led a life made small by abuse. She and her sister Tella dwell in constant fear of their cruel and violent father. Tella beats against the bars of their golden cage, but Scarlett keeps the peace as best she can, desperate to protect them both. She has given up on her childhood dream of attending Caraval, a magical performance that blends theatre with an adventure game, resigning herself to an arranged marriage that will offer her — and Tella — a true escape from their father.

When an invitation arrives from Legend himself, the mastermind creator of Caraval, beckoning the sisters to a mysterious island and offering them a place in the game, Tella forces Scarlett to abandon her plans of calculated safety in favor of an adventure. But it soon becomes clear that Legend has other ideas. He steals Tella away and makes her the prize of Caraval, leaving Scarlett no choice but to win the game.

Scarlett knows that everything she experiences in Caraval is a part of the performance, but the line between fantasy and reality starts to blur, especially when it comes to Julian, a sailor boy who has joined the game. Like everyone she encounters in Caraval, he isn't what he seems — and she can't resist his help or his company. As the nights of the game progress, she sinks deeper and deeper into a story that grows ever darker, and gets further and further from the safe future that was almost within her grasp.

... sadly for me, 'Caraval' the book very closely resembles Caraval the game: A beautiful setting for a hollow stone.

Scarlett is an unusual heroine for this sort of YA quasi-historical fantasy. Tella is the more obvious choice, with her rebellious spirit and freewheeling ways. Scarlett's abuse has bowed her, making her doubt every choice and play by every rule. At times she seems prudish, prim, and even resentful of her love for Tella. Instead of saying, "yes, and," to each scenario, she says a determined, "no, thanks." I love seeing this kind of character at the forefront of an adventure story. Her attitude takes her in unusual directions as she explores the layers of Caraval, and I found myself rooting for her to grow into someone who could make confident decisions to shape her own future.

I went into this book expecting it to be a story primarily about the relationship between two sisters, but it's more invested in this challenge of taking charge of your own story when you are the victim of terrible abuse. Scarlett begins as a vessel buoyed along on other people's currents, and at first it seems as though she is beginning to chart her own course. But disappointingly, she succumbs to a series of choices made by other people, and her willingness to forgive and forget makes her seem like a doormat.

Ultimately, the message of Caraval ends up muddled, and Scarlett's acceptance of its final revelations left me uncomfortable. I wish in some ways that we had also gotten the story from Tella's point of view — seen from Scarlett's, she becomes quite monstrous. It would have been interesting to see their divergent paths unfurl at the same time.

Despite this, there is plenty here to enjoy, especially for fans of the very niche romantic carnival sub-genre. The greatest strength of Caraval is the world of the game, which feels like a journey into a dark branch of Disneyland, where the animatronics have feelings and don't like you very much, and the expensive cupcakes may have poison in them. It's a place where I could gladly return, in hope of a story with a more satisfying emotional arc to match the splendid trappings.

But sadly for me, Caraval the book very closely resembles Caraval the game: A beautiful setting for a hollow stone.