Accessibility links
Writer On Why Serena Williams Is His Favorite Lulu Garcia-Navarro talks to sportswriter Clinton Yates, of ESPN's The Undefeated about Serena Williams, who defeated her sister Venus to win the Australian Open — her 23rd Grand Slam win.

Lulu Garcia-Navarro talks to sportswriter Clinton Yates, of ESPN's The Undefeated about Serena Williams, who defeated her sister Venus to win the Australian Open — her 23rd Grand Slam win.

It was a match for the ages.

GARCIA-NAVARRO: Serena Williams beat her big sister, Venus, on Saturday to win the Australian Open. It's her 23rd Grand Slam singles title, a new record. In this week's edition of Out Of Bounds, our ongoing conversation about sports and culture, we talk with Clinton Yates. He's a writer for the ESPN website The Undefeated and penned an intensely personal essay about how he came to admit that Serena is his favorite athlete of all time.

Thanks for coming here.

GARCIA-NAVARRO: I want to talk about this article which caught our eye. You wrote that it took you years to be able to say this out loud. Say it. What is it?

YATES: Serena Williams is my favorite athlete of all time.

GARCIA-NAVARRO: OK (laughter), tell us, why was it so hard for you, as a man, to admire a woman athlete?

YATES: I think there's two reasons. No. 1, is that as somebody that grew up - you know, I played three sports in high school. I played soccer. I played basketball. I played baseball. So my entire, sort of, psychological link to what I cared about in sports was very much toward, No. 1, those sports and No. 2, people who I saw who I felt were better at team games.

But I also think that too many athletes are so caught up, from an identity standpoint, in one thing or another thing - whether it's being a woman, whether it's being black or whether it's being someone who's not American. In this case, Serena obviously is American. But you know how sometimes there's something that you like and you keep returning to it and you don't really have a reason why? And then something happens and you're like - wow, I know a lot more about that than I cared to realize.

And it was when she last won Wimbledon, and I just looked at myself, and I said - I don't know that there's another person I'd rather watch play sports. And that's all I do for a living, you know what I mean? And...

GARCIA-NAVARRO: That was the moment for you?

YATES: That was the moment for me. It was the last Wimbledon where I said - wow, not only is she my favorite athlete from a standpoint of playing the game, but I am here for the fashion. I am here for what she does off the court. I am here for her eloquence and intelligence and personal standards. The situation that happened at Indian Wells - she didn't play there for years because she felt it was a racist location, and she was not going to deal with that.

YATES: The first reaction I got to that was some guy said, I'm having a hard time imagining you wearing a tennis skirt, which instantly indicated to me where most people are at, from a guy's standpoint, when it comes to what they think about women. They are ultimately just objects of desire or of their gaze. So a lot of guys, for me, reacted - oh, come on, how could you say something like that? And it's like well, you know, sorry, dude - I don't look at all women as sex objects, No. 1. And No. 2, I don't view all things that women do in athletic context as lesser than.

And that - those two things right there are more than most men are not only willing to do but need to do. That's the problem. You know, this is what toxic masculinity and patriarchy bring to you in society - is that if you don't have to do that, you will not do that. And so once I, you know, made that personal growth point, which was 10, 15 odd years ago, you know, it's not hard for me to say that.

GARCIA-NAVARRO: So what did you think of the match?

YATES: The grace that they showed toward each other, the actual competitiveness that they show on the court, it's really, really something to see. And if you haven't gotten a chance to watch it, it's worth watching the fullness of the match from entrance to exit, not just the part where they're hitting the tennis balls because their relationship is so special like that.

GARCIA-NAVARRO: Clinton Yates is a writer for The Undefeated. Thanks. 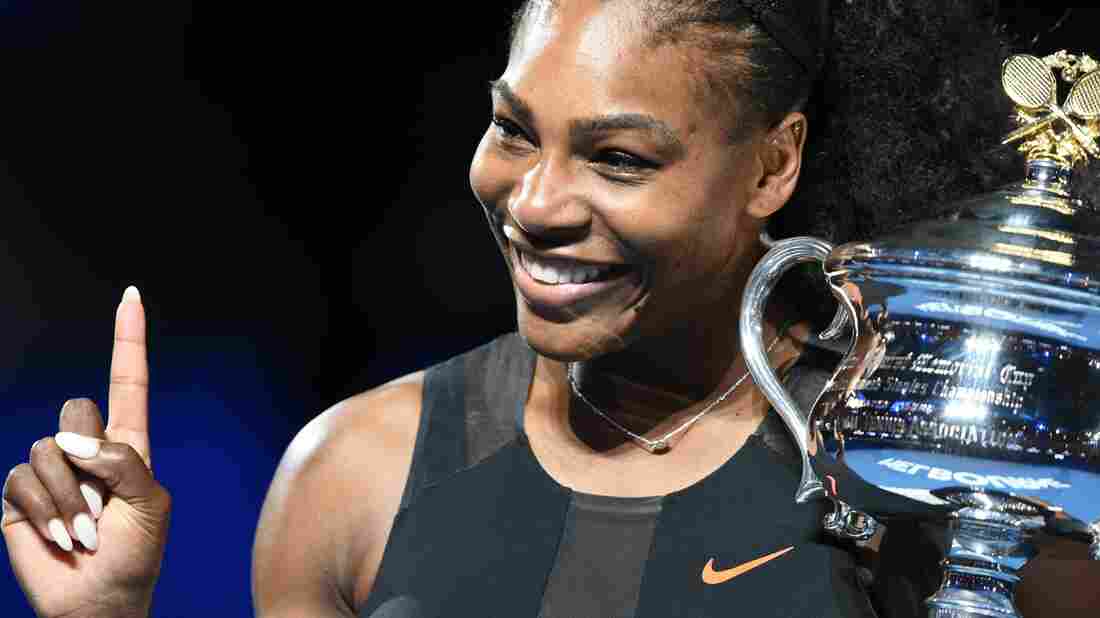 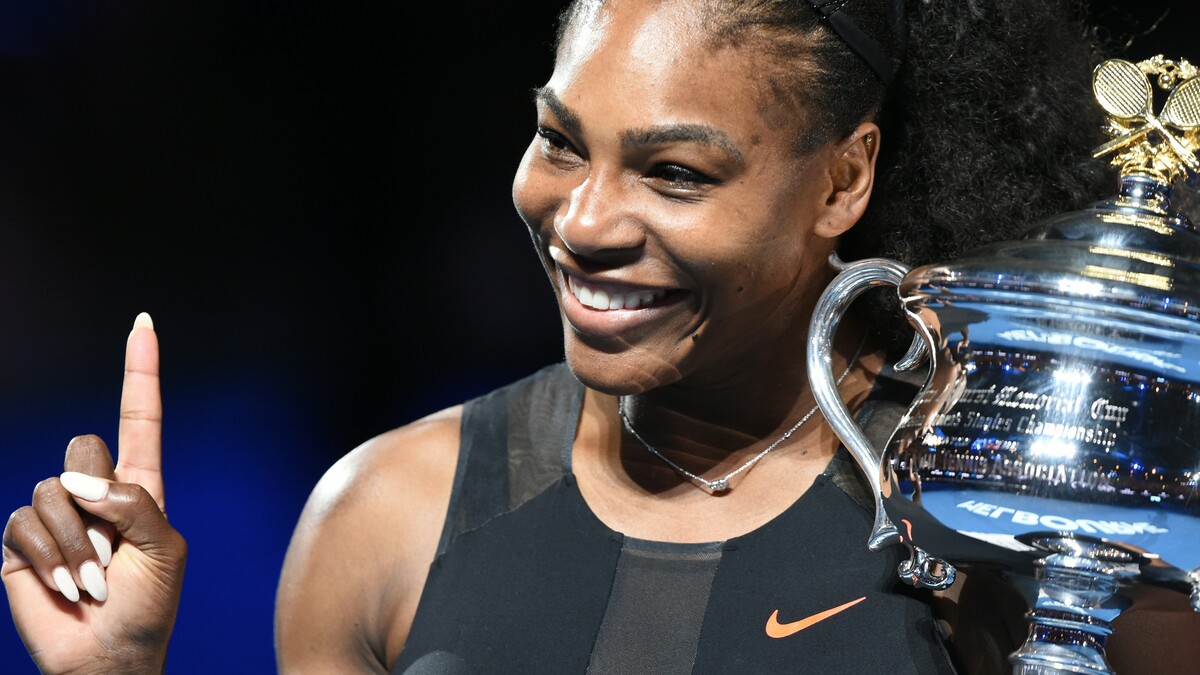 Serena Williams holds the winner's trophy following her victory in the women's singles final in the Australian Open in Melbourne Saturday.

Tennis star Serena Williams has taken her record-setting 23rd Grand Slam singles title with a win against her sister Venus at the Australian Open Saturday.

The win moves Serena to the top spot in the number of major tennis titles during the Open era, which began in 1968.

It's Serena's seventh Australian Open victory, winning 6-4 6-4 against her older sister. She now returns to the No. 1 spot after losing that ranking in September to Angelique Kerber.

Despite an intense game in the Rod Laver Arena in Melbourne, the two sisters were all smiles and compliments in the post-match ceremony.

"There's no way I could be at 23 without her," Serena, 35, said of her sister. "Thank you Venus for inspiring me to be the best player I can be."

"Serena Williams. That's my little sister, guys," Venus said. "Your win has always been my win."

The last time the two sisters faced off for the Australian Open was in 2003, which resulted in a win for Serena. She now has a 17-11 career record against Venus, which includes a record of 10-5 of Grand Slams, The Associated Press reports.

"I really elevated my game somehow," Serena told ESPN afterward, saying she still thinks she's in the prime of her career. "I really wanted to get to 23 so bad, more than you can imagine" she added.

The Australian Open continues Sunday, when Roger Federer is scheduled to face off against Rafael Nadal in the men's final.