Accessibility links
5 Questions About The Law And Trump's Immigration Order, Refugee Ban The order on immigration has sparked a number of legal challenges, but the issues involved are far from settled. 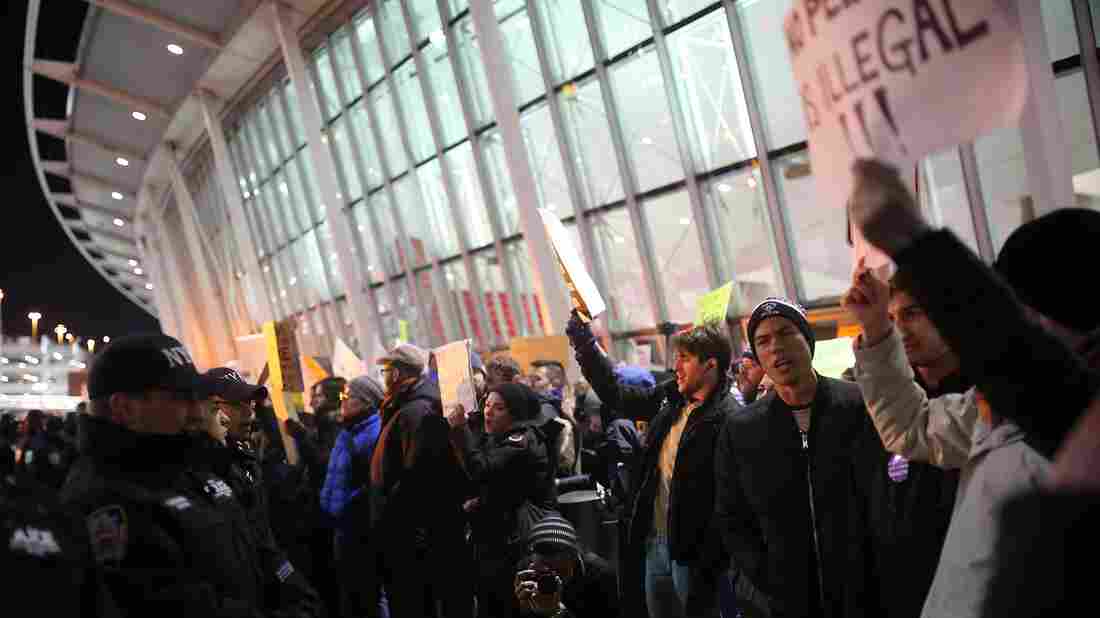 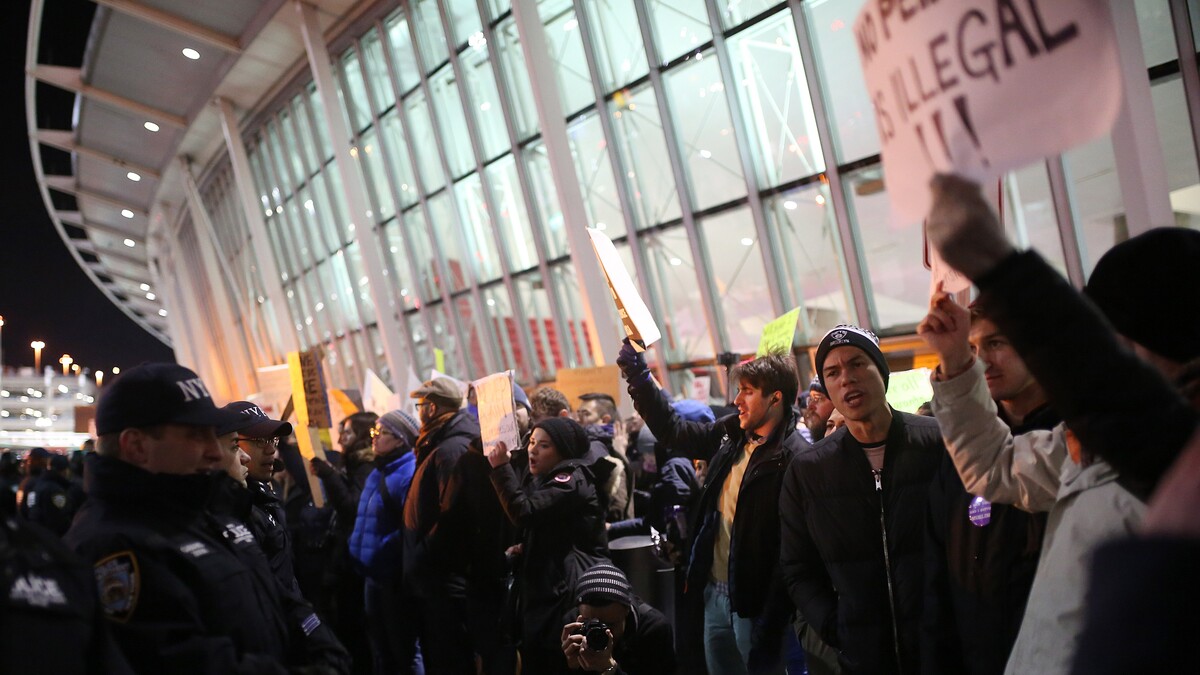 At least four federal judges across the country have blocked part of the order and temporarily ensured refugees and travelers who reached U.S. soil would not be deported.

Here's an explanation of what happened so far and what could come next.

1. Who is covered by the executive order?

The order suspended new refugee admissions for 120 days. It capped the total number of refugees allowed into the country this year at 50,000, far lower than the Obama administration had allotted. And travelers from seven countries — Iraq, Iran, Syria, Yemen, Sudan, Libya and Somalia — are barred for 90 days. Border Patrol agents and lawyers said the order and statements by top White House officials have not made clear how Green Card holders, or lawful permanent residents, are to be treated.

Of Courts And Confusion: Here's The Reaction To Trump's Immigration Freeze

2. What have the federal courts ruled so far?

The American Civil Liberties Union sued in Brooklyn over the detention of two Iraqi clients at John F. Kennedy International Airport. Late Saturday, Judge Ann Donnelly issued a temporary restraining order barring the deportation of as many as 200 people. Judge Donnelly cited "irreparable harm" they would face, and she demanded that the Trump administration provide a list of all affected refugees and travelers. Later, a federal judge in suburban Virginia ordered that travelers be allowed to consult with volunteer attorneys. And another judge in Massachusetts ruled the travelers not only were free from deportation, but that those being held must be released from federal detention. There are reports from pro bono lawyers that border agents may not be complying with some of those directives from the federal judiciary.

3. What is the Trump administration saying about this?

White House officials said the policy is designed to protect U.S. borders and to restrict the entry of terrorism suspects. The Department of Homeland Security said fewer than 1 percent of the average 325,000 people who journeyed to the U.S. on Saturday were "inconvenienced." DHS said the president's order remains in place and "the U.S. government retains its right to revoke visas at any time if required for national security or public safety."

On NBC's Meet The Press on Sunday, White House chief of staff Reince Priebus said Green Card holders would not be affected "moving forward," but he went on to say that they would "be subjected to further screening" at the border.

4. Where do the legal challenges go from here?

The president has sweeping authority on matters of immigration. Federal law allows the president to suspend people or classes of people if he determines their entry is "detrimental" to the nation. But a 1965 update to that law, the Immigration and Naturalization Act, clarifies that people should not experience preferences or discrimination on account of their "race, sex, nationality, place of birth or place of residence."

Trump's order appears to grant some religious preference to Christians and to target seven majority-Muslim countries, though his order points out that people from those countries had already been singled out for extra vetting during the Obama years.

Lawyers from the American Civil Liberties Union, immigrants rights groups and other advocates are likely to file more lawsuits in the coming days on the grounds that the order violates the 1965 immigration law, the right to due process, and the First Amendment clause that bars Congress from establishing a religion, among other things.

White House officials insisted they did not set out to create a "Muslim ban." But Trump associate Rudy Giuliani told Fox News that Trump had reached out to him and others about how to make such a ban, which Trump proposed on the campaign trail in December 2015, legal. And the son of national security adviser Michael Flynn tweeted about a "Muslim ban," as well. Those statements could be used by refugee advocates to demonstrate the administration's intent.

5. What happens with Trump's nominees for key Cabinet posts?

Democrats argue that key offices within the State Department and the Justice Department were in the dark about the immigration order before it was made public. They want to know if Alabama Republican Sen. Jeff Sessions, the nominee to be attorney general, advised Trump on the order — and whether Sessions will commit to making sure Justice Department lawyers are consulted in the future. The Senate Judiciary Committee is supposed to vote on Sessions' nomination on Tuesday. If he passes that vote, Sessions could be confirmed by the full Senate by the end of the week.