Accessibility links
Attention Must Be Paid To What 'The Salesman' Is Selling A review of The Salesman, an Iranian film about a couple whose home life becomes unsettled while they're starring together in a production of Death of a Salesman. 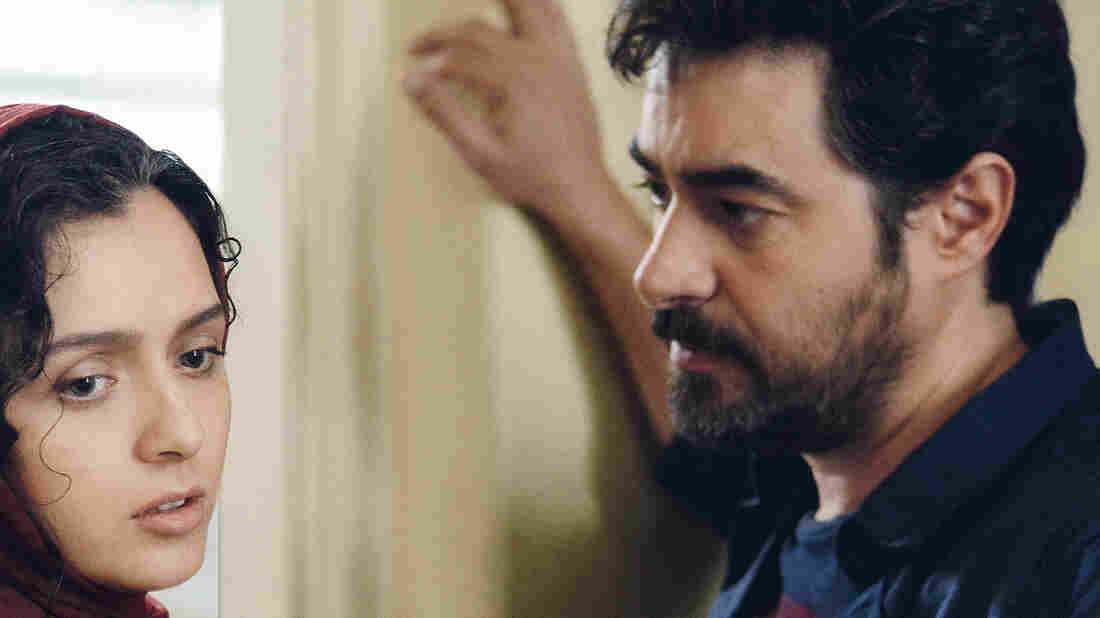 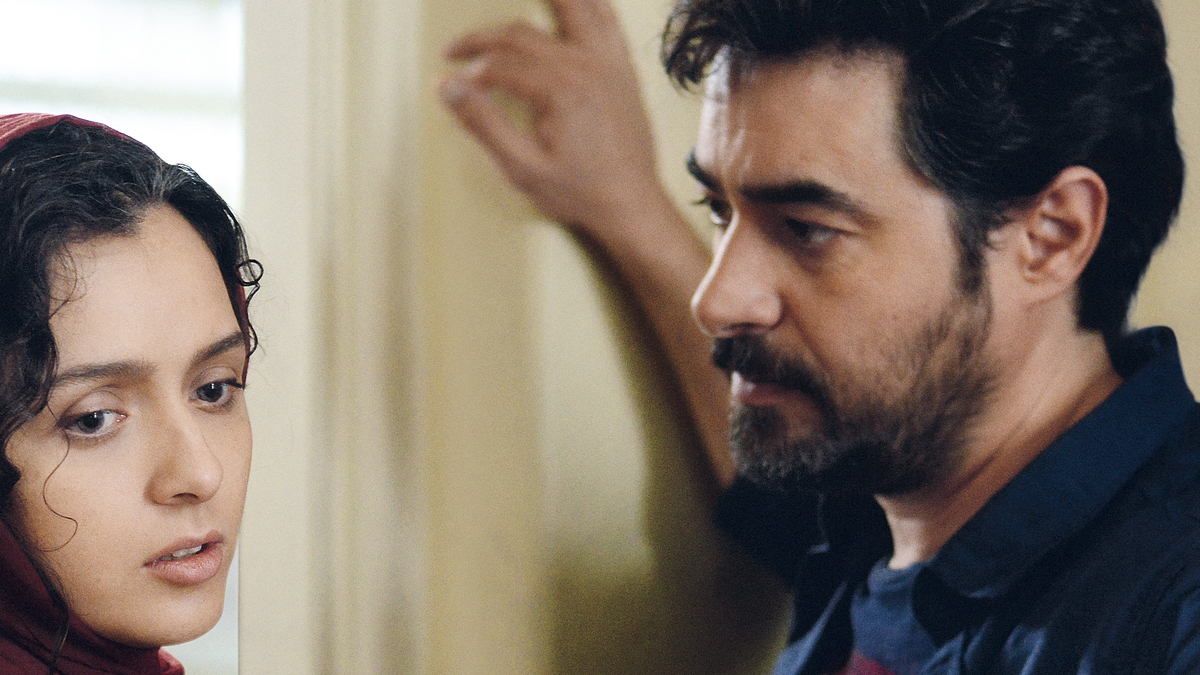 Rana (Taraneh Alidoosti) and Emad's (Shahab Hosseini) marriage is shattered in The Salesman.

The first images on screen in Asghar Farhadi's Oscar-nominated Iranian drama, The Salesman, look like a spread in House Beautiful — a sofa, a table and chairs, a bedroom suite, all arranged just so, lit to a fare-thee-well. They are, in fact, part of a stage set. Real life is messier.

In the next shot, high school teacher Emad (Shahab Hosseini), and his wife Rana (Taraneh Alidoosti), who've been rehearsing Death of a Salesman on that stage set, are awakened in the middle of the night in their own place by shouts that their apartment building is falling apart. Cracks open up in walls, gas is leaking. Clearly they need a new place to live.

So it's a relief at rehearsals when a cast member mentions a just-vacated apartment he can rent them. As it happens, it's not entirely vacated. A woman's cat and belongings are still there — a woman who neighbors tell them, had many male visitors.

Still, Emad and Rana are desperate enough to move in anyway. Rehearsals go on. As do their lives. About a week later Rana hears the intercom and buzzes in someone she assumes is her husband. Emad comes home hours later to find bloody footprints on the stairs.

It's at this point that the film starts to become morally complicated, something you'll be expecting if you've seen filmmaker Asghar Farhadi's other films — his Oscar-winning marital drama A Separation, say, or his missing-person conundrum About Elly, both of which put characters in impossibly uncomfortable situations, then settle back to watch what they do.

Farhadi, had been planning to attend the Oscars ceremony on Feb. 26, but told the New York Times he changed his plans after President Trump signed an executive order banning visas for 90 days for anyone from Iran and six other Muslim-majority nations. The director explained in a statement that the "unjust conditions" of the executive order, even if he were to be granted an exception, would be "accompanied by ifs and buts which are in no way acceptable to me." He went on to articulate the hope that "the similarities among the human beings on this earth and its various lands, and among its cultures and its faiths, far outweigh their differences."

That faith in the similarities that connect us is inherent in the way he constructed The Salesman, using everything from a construction-site accident to a classic of the American stage to illuminate fault lines in a marriage in Tehran.

The Salesman is centrally about an invasive act that shatters a marriage, much as that apartment was shattered at the film's beginning. It has a lot of twinned notions like that — invasions of privacy in Emad's classroom and his home, judgments about prostitution among actors and among neighbors.

And possibly because Farhadi majored in theater in college, it's also savvy about the intersection of stage and screen, fiction and reality. How the formal beats of tragedy in Death of a Salesman, contrast with the messier beats of life for the people performing Death of a Salesman, to the point that Emad, playing Willy Loman, erupts in unscripted fury on stage at the man who rented them the apartment.

The scene depicted in the photograph is from the movie The Salesman. A previous caption incorrectly referred to a different Asghar Farhadi movie, A Separation.