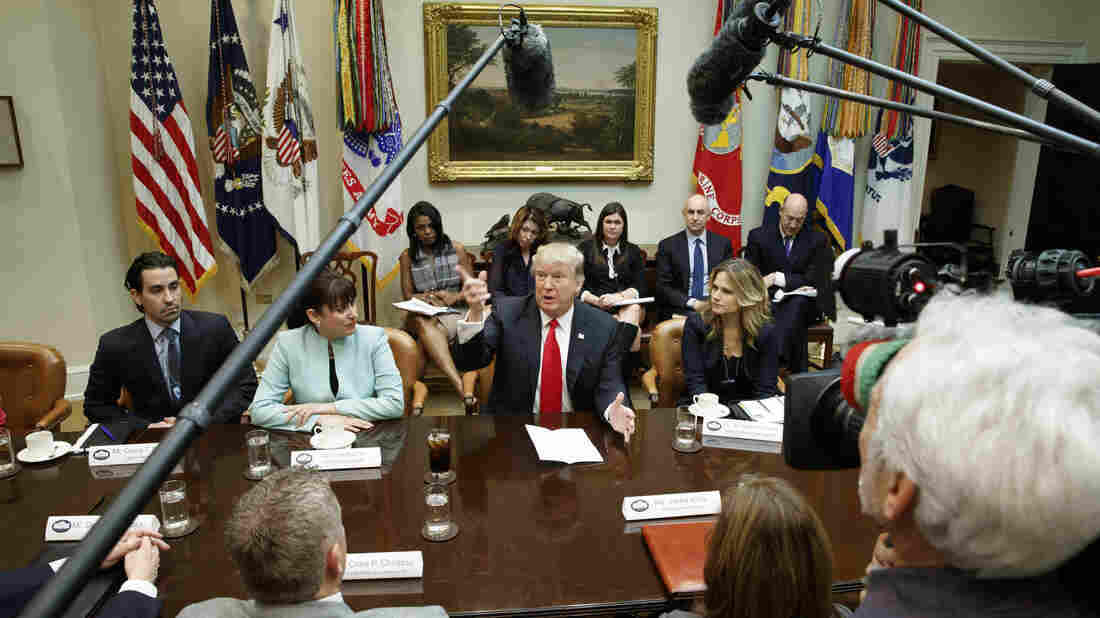 President Trump speaks during a meeting with business leaders in the Roosevelt Room of the White House on Monday. Evan Vucci/AP hide caption 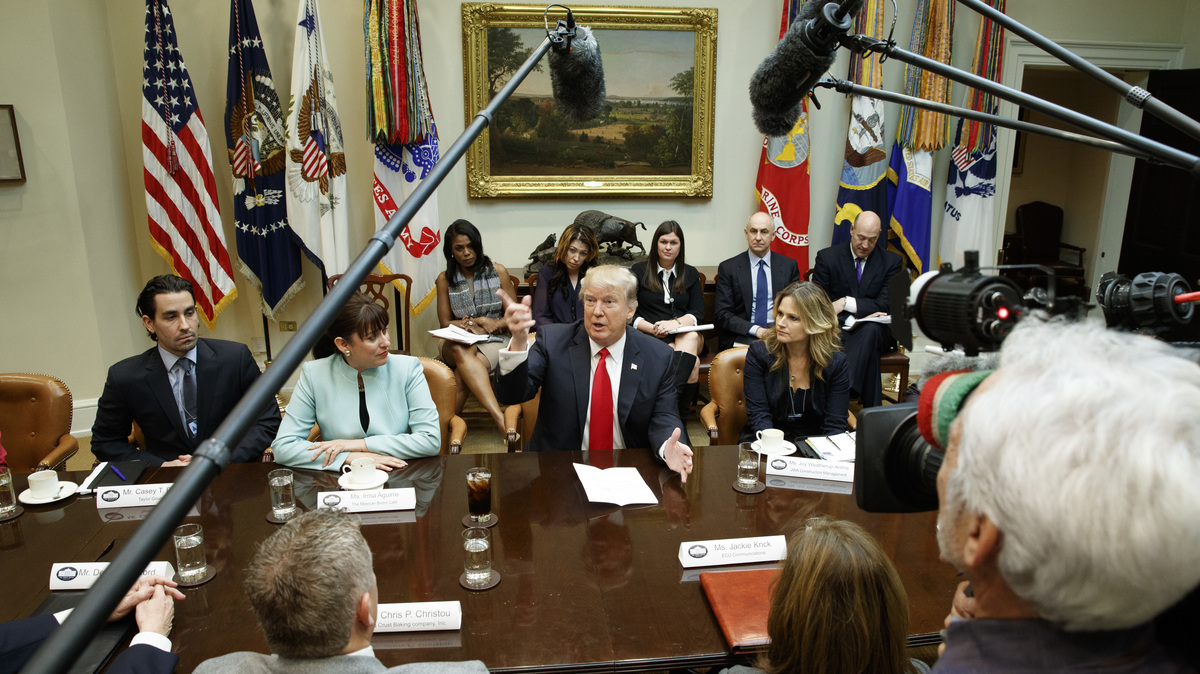 President Trump speaks during a meeting with business leaders in the Roosevelt Room of the White House on Monday.

Is the commander in chief also acting as the troller in chief?

"I noticed Chuck Schumer yesterday with fake tears," Trump said during an Oval Office photo op with small-business leaders. "I'm going to ask him who is his acting coach."

Trump went on, " 'Cause I know him. I don't see him as a crier." He added: "There's about a 5 percent chance it was real. But I think they were fake tears."

The statement was remarkable for the setting and the vitriol. Of course, presidents often have their differences with congressional leaders, especially from the opposition party. But rarely, if ever, do they call them out by name and question the sincerity of their tears.

It's also odd for a president to use photo sprays — where the media are invited in for what are typically short moments to get pictures — to level insults at political opponents. Normally, the president might utter a couple of sentences about the event taking place to push that issue — in this case, small businesses — and maybe take a question before the media are hurried out.

In this case, Trump spoke for 13 minutes — without taking questions. For context, that's just three minutes shorter than his entire inaugural address.

Trump had earlier tweeted a similar annoyance with Schumer, saying, "Big problems at airports were caused by Delta computer outage, protesters and the tears of Senator Schumer."

Only 109 people out of 325,000 were detained and held for questioning. Big problems at airports were caused by Delta computer outage,.....

protesters and the tears of Senator Schumer. Secretary Kelly said that all is going well with very few problems. MAKE AMERICA SAFE AGAIN!

Schumer's office said Trump's comments were not worthy of a response, though Schumer had earlier tweeted that the Statue of Liberty was in tears.

Trump had previously called Schumer the "head clown" in the Senate.

There are tears running down the cheeks of the Statue of Liberty tonight. pic.twitter.com/X6q40dMCsN