Accessibility links
Obama Criticizes Trump's Executive Order On Immigration, 'Heartened' By Protests The former president is "heartened by the level of engagement" and "fundamentally disagrees with the notion of discriminating against individuals because of their faith or religion," a statement said. 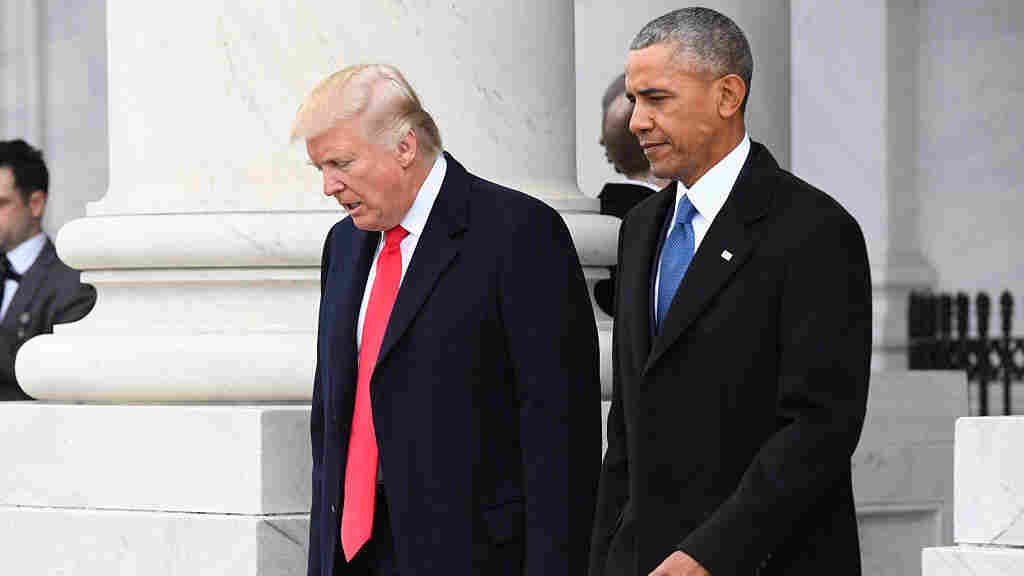 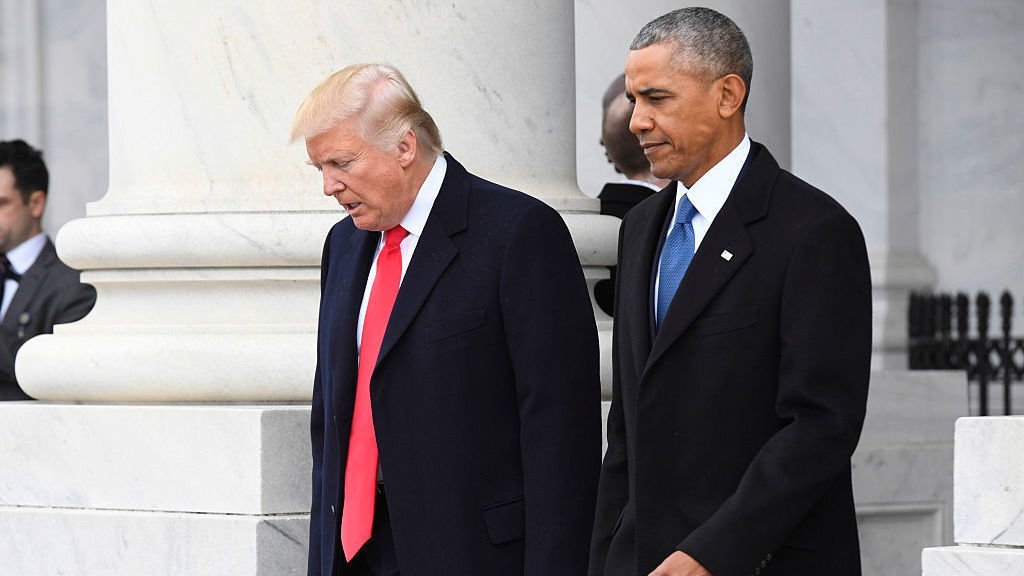 President Trump and former President Barack Obama walk out prior to Obama's departure during the 2017 presidential inauguration.

Former President Barack Obama has criticized President Trump's immigration and travel ban issued on Friday, saying through a spokesman that he is "heartened by the level of engagement" over the weekend in opposition to the action.

"In his final official speech as President, he spoke about the important role of citizen[s] and how all Americans have a responsibility to be the guardians of our democracy — not just during an election but every day," Obama spokesman Kevin Lewis said in a statement. "Citizens exercising their Constitutional right to assemble, organize and have their voices heard by their elected officials is exactly what we expect to see when American values are at stake."

It is the first public comment from Obama since he left office just over a week ago and departed for a vacation in Palm Springs, Calif. In his final press conference, Obama signaled he would give the new president some deference but that he wouldn't hesitate to speak up if he believed the country's "core values may be at stake," including "systematic discrimination being ratified in some fashion."

The former president apparently felt that was in fact happening with Trump's executive order, which blocked travelers from seven countries, all of which are Muslim-majority — Iraq, Iran, Syria, Yemen, Sudan, Libya and Somalia — for 90 days. New refugee admissions are suspended for 120 days, while Syrian refugees are banned indefinitely. Trump also signaled in a weekend interview with the Christian Broadcast Network that he would give priority to Christian refugees over Muslim refugees. The administration has maintained that the sweeping actions don't constitute a Muslim ban, though.

"With regard to comparisons to President Obama's foreign policy decisions, as we've heard before, the President fundamentally disagrees with the notion of discriminating against individuals because of their faith or religion," the statement from Lewis added.

There was confusion across the country over the implementation of the ban, which blocked some valid visa holders from entering and detained many people who had legal status and green cards. Protests sprang up at major international airports, and on Saturday night a federal judge issued a temporary stay blocking the deportation of valid visa holders.

Trump has argued that his new policy is "similar to what President Obama did in 2011 when he banned visas for refugees from Iraq for six months." However, as the Washington Post points out, that was in response to a specific threat after Iraqi refugees had been found to be colluding against U.S. troops. And the refugee process was slowed, not halted.

This has been updated to reflect that all of the countries addressed in the executive order are Muslim-majority.