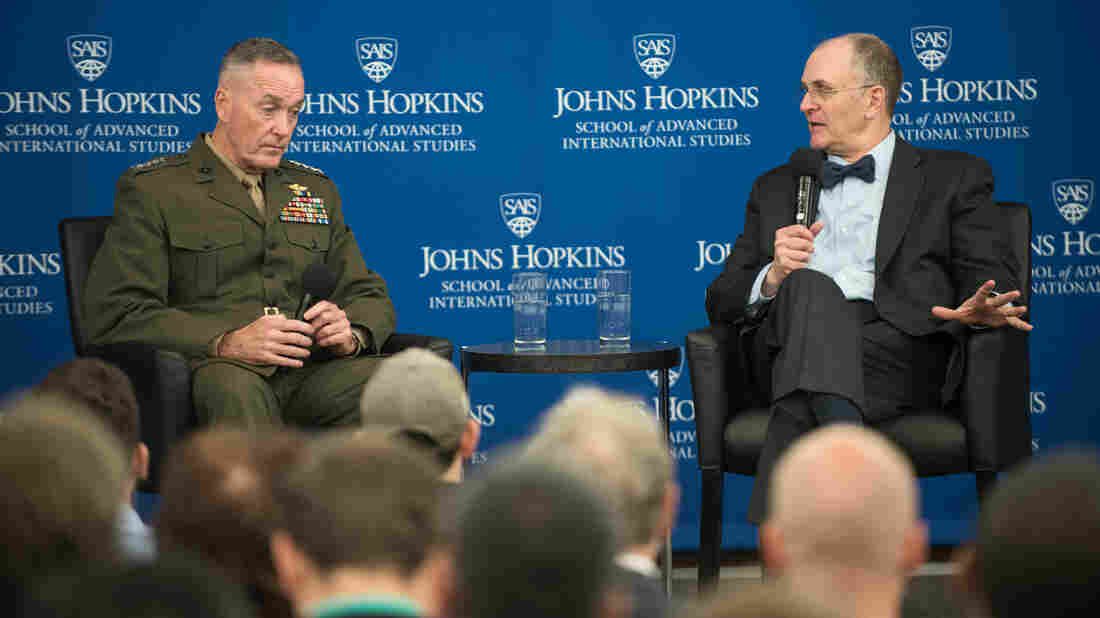 toggle caption
Sgt. James McCann/Office of the Chairman of the Joint Chiefs of Staff 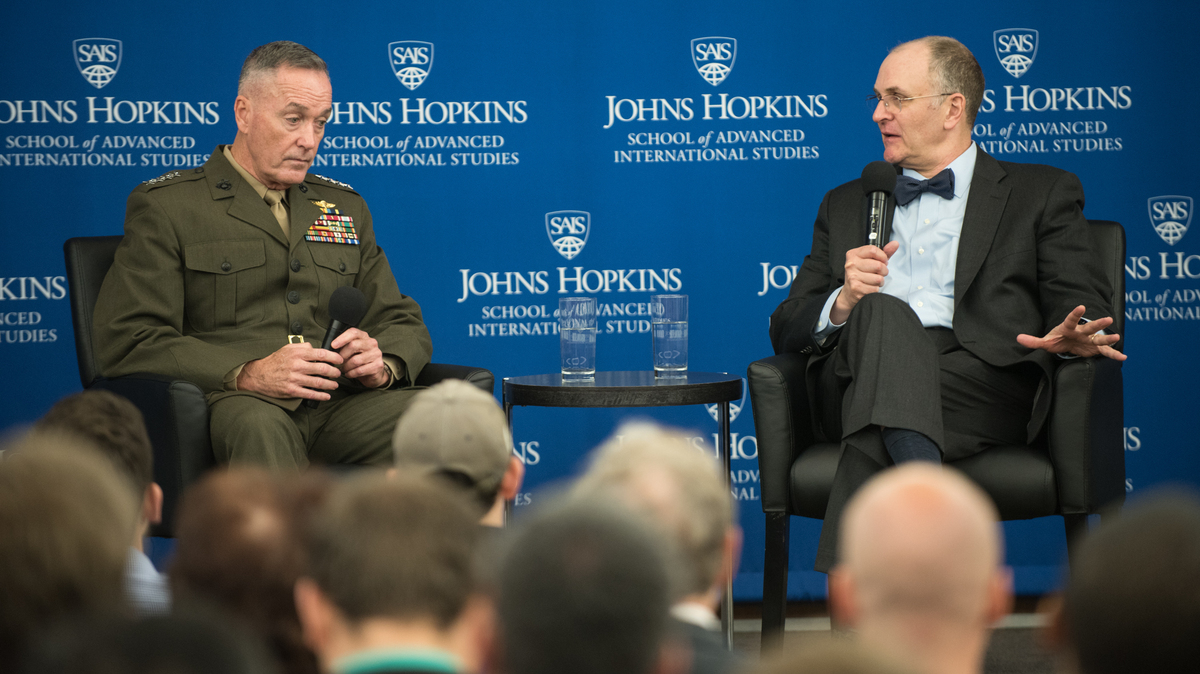 Sgt. James McCann/Office of the Chairman of the Joint Chiefs of Staff

During the presidential campaign, Eliot Cohen helped lead a group of Republican foreign policy and national security veterans warning about the dangers of a Trump presidency.

Cohen, who served as top adviser to the Secretary of State Condoleezza Rice during the George W. Bush administration, led in the writing and signing of letters that attacked not Trump's policies, but his temperament.

He writes in The Atlantic that Trump's first week in office confirmed his worst fears.

"This is a very dark picture, but I think that it is the realistic picture," Cohen tells NPR's Ari Shapiro. "That is why with a lot of friends and colleagues, we were willing to go out there and do something that did not come naturally, which was to write these and circulate these two letters denouncing the candidate of the party I belong to."

On his concerns about the reorganization of the National Security Council

Well, there are a couple of things. One is there's a very powerful, symbolic message that's being sent, particularly by putting Steve Bannon as a member of the Principals Committee. But that is — to put a political adviser there, no matter who it would be, would be troubling.

That was certainly not the practice, for example, in the administration that I was part of, and actually, President Bush was very careful to keep, say, Karl Rove, people like that, out of those sorts of positions....

I think decisions about foreign policy and the national security of the United States, or at least the formulation of those decisions before they go to the president, should not have a large domestic, political component to them, at all....

There's a particular problem, I think with Bannon, who is not just a domestic political adviser — clearly does have strong foreign policy views. And I think most of us — certainly those of us who signed those letters, and I helped organize those letters as well as signing them — think he has dangerous views, and will be in a position to push those.

On why he takes issue with Trump's execution of his policies

Well, you know, in principle, am I against having a control of our own borders? Of course not. In principle, do I believe in the careful vetting of immigrants? Yes, within reason.

On why he argues people should stay away from the government

I think there can be some cases where, say, if where you're working for Secretary Mattis, the defense secretary, than I think that is one thing. But I think if you go work in the White House, and you think you're going to influence them, you're wrong — and they're going to end up influencing you.

People in Washington, particularly people who have been around power and people who like power, will often fool themselves about the amount of good that they can actually do. And it is the oldest excuse in the book, say "I'm simply doing this for the country. This isn't my ambition talking." You know, "I think I can change these people." And sometimes those things are true. But more often, in my experience, that's self-delusion.