Accessibility links
Nashville, By Way Of Atlanta: 'Troubadour' Brings Country To The Theater Stage The musical about 1950s country artists springs from a collaboration between a playwright and a modern country star, Kristian Bush of Sugarland. 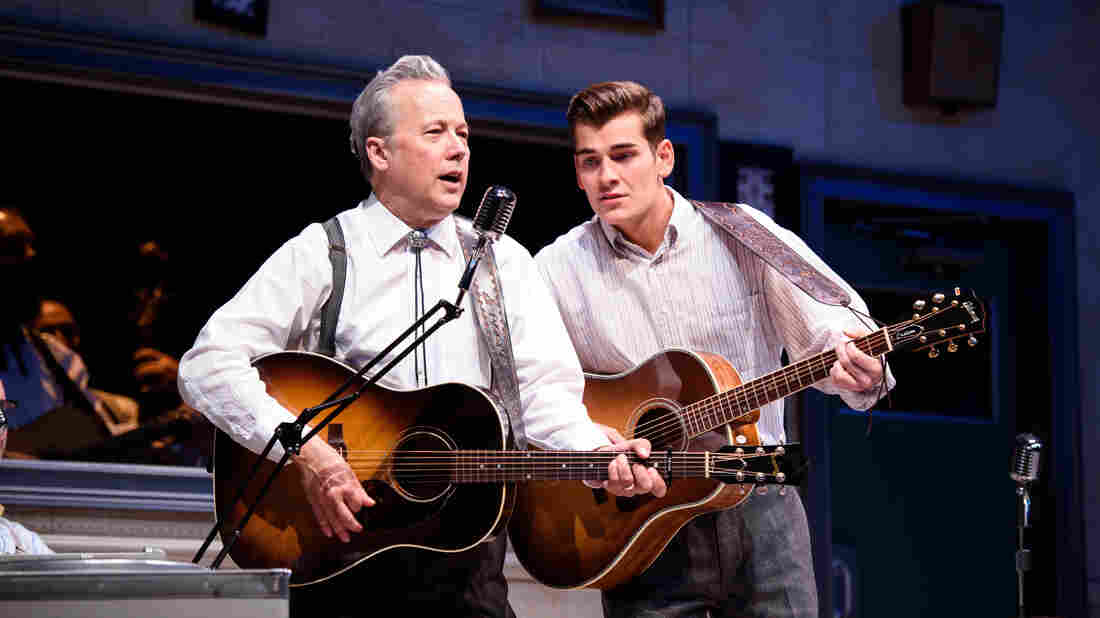 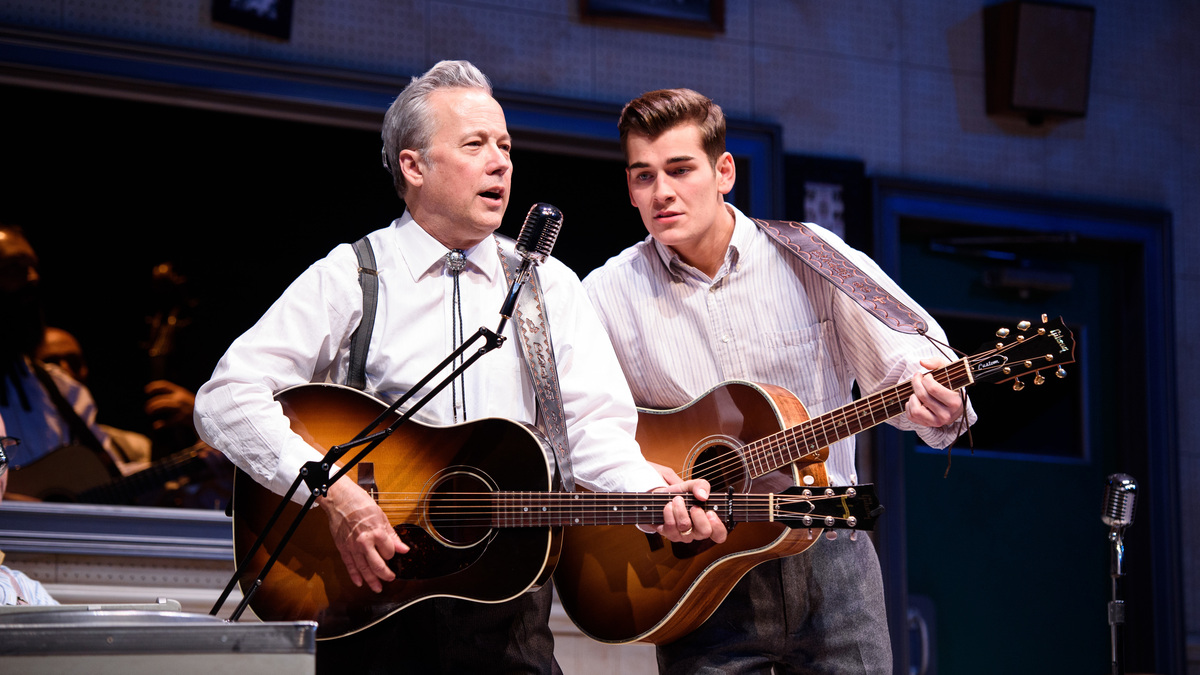 Kristian Bush is one of the most successful artists in country music, both as a songwriter and part of the duo Sugarland. But his latest venture, Troubadour, is a musical — about country music in the 1950s, and a relationship between a star and his son.

When it comes to collaboration, Bush says he's open to just about anything — "If you ask nicely." That's how he and Atlanta playwright Janece Shaffer ended up connecting on the project.

"I wrote him an email and we met for breakfast," Shaffer says. "By the end of breakfast, he'd written the first song for the show, 'Father to the Son.'"

Troubadour is a story about family and legacy — familiar themes in many country songs. The idea for the musical came from a clothing exhibition at the Country Music Hall of Fame in Nashville.

"It started out with church wear, dark clothes, dark pants, white tops, string ties, very, very plain," Shaffer explains. "And then there was this moment in the exhibition where it exploded with color and decoration and rhinestone — I wanted to know what happened at that moment."

That moment was in 1951, when tailor Nudie Cohn's embroidered and rhinestone-studded outfits began to catch on with country and western musicians. Director Susan Booth says a character based on Cohn was the original focus of Shaffer's story.

"But it was an idea and it wasn't yet a full-on narrative, and we talked for a while and she went away," Booth says. "And she came back and — all of a sudden — the story of the tailor was the story of a father and a son. It was a moment of profound transition musically, personally, and aesthetically. And I was in."

In Troubadour, reigning king of country Billy Mason is nearing retirement. His son Joe sings backup in his father's band, but is looking to break out on his own. To convey a story that's so intrinsic to Nashville, Booth says, it was important for the actors to have real-life stories that reflected those of the characters they would portray. So the Atlanta-based theater company held auditions in Nashville.

Radney Foster, who plays Billy Mason, has had Top 40 country hits and songs recorded by Dixie Chicks and Keith Urban. He'd never acted before landing his role in Troubadour, he wasn't used to the trial-and-error of rehearsal, where it's okay to fail.

"It's really going to come down to my best effort to get the playwright, the composer, and the director's vision in front of people," he says. "It feels weird to crash and burn in front people. I'm not used to that!"

While Foster is steeped in the traditions of country, the playwright and composer come from more contemporary worlds. But Kristian Bush says it didn't take a whole lot of work to find the sound of another era — not with Google on his side.

"[I] went out and started typing in obvious things, like 'country music in 1949,'" Bush says. "So, I didn't really have to go dig through bins."

Bush wrote 16 songs for Troubadour, 14 of which made it into the final show. Foster says it was a little strange at first to perform music written by someone else. But when he first heard the title song from the show, he was in.

"Because that song is my life," he says. "And I think it's really any other singer-songwriter's life."