Accessibility links
The Politics Of Donald Trump's Supreme Court Pick — In 150 Words Judge Neil Gorsuch will be tough for Democrats to stop. He's conservative, but has stellar legal credentials. Plus, despite pressure from their base, Senate Democrats' options are limited. 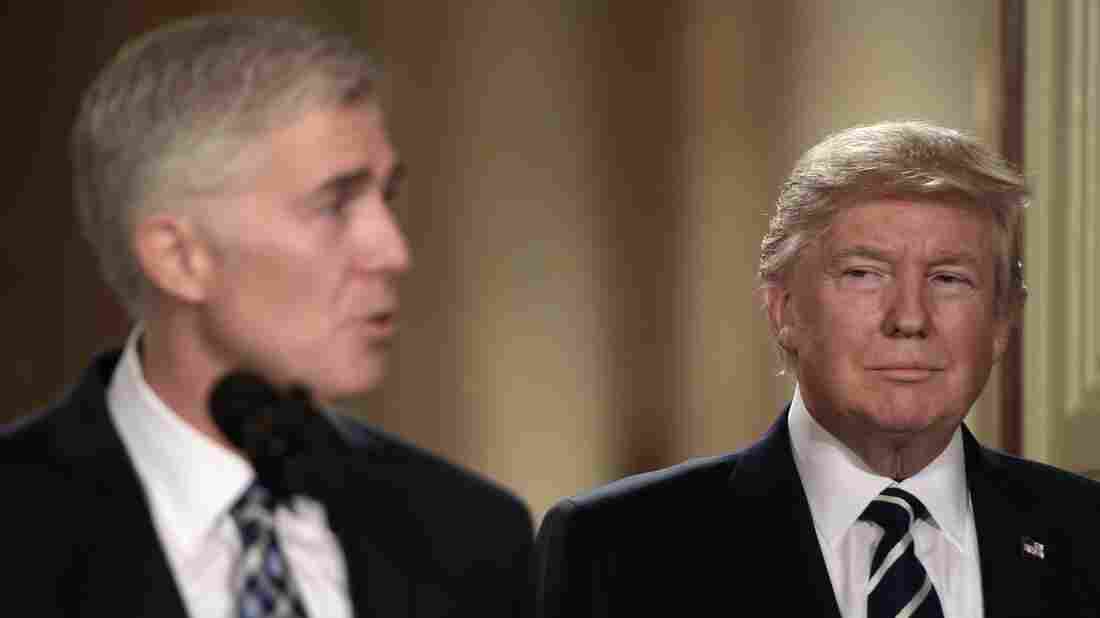 President Trump nominated federal appellate judge Neil Gorsuch as his Supreme Court nominee. If confirmed, it would tilt the balance of the court back in conservatives' favor. Brendan Smialowski/AFP/Getty Images hide caption 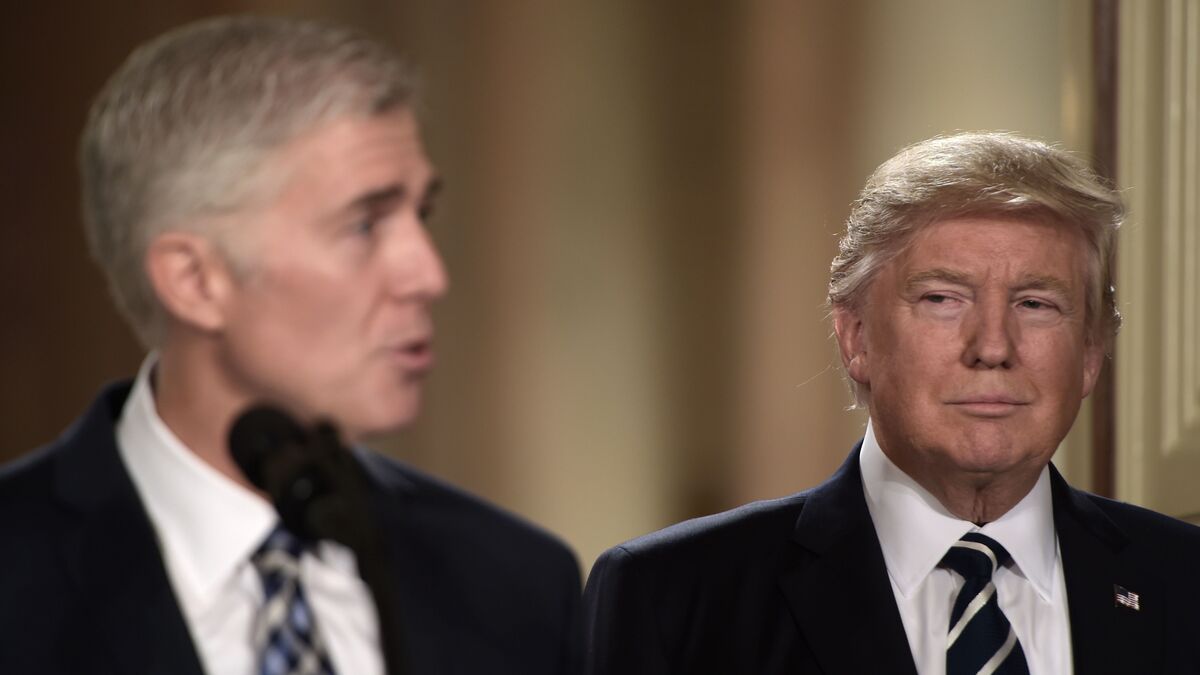 President Trump nominated federal appellate judge Neil Gorsuch as his Supreme Court nominee. If confirmed, it would tilt the balance of the court back in conservatives' favor.

Judge Gorsuch was a very traditional pick from President Trump, one any Republican president could have made. He teased reality show, but it was standard fare. That stood out in what's been a chaotic start to this presidency. Liberals are demanding resistance, but Gorsuch will be tough to stop — he has sterling legal credentials, been confirmed once by the Senate and, above all, Democrats have little leverage. They might want a pound of flesh — an eye for a Garland eye — but to what end? Senate Majority Leader Mitch McConnell could blow up the filibuster and get anyone through.

I have made my decision on who I will nominate for The United States Supreme Court. It will be announced live on Tuesday at 8:00 P.M. (W.H.)

Turn to https://t.co/aR80UqQ2gY at 8pm EST where @POTUS will announce his nomination to the United States Supreme Court.

SCOTUS justice must stand up to a Pres willing to bend the Constitution. Serious doubts on Judge Gorsuch’s ability to meet this standard.

Judge Gorsuch must explain his hostility to women's rights, support of corporations over workers and opposition to campaign finance reform.

WATCH → Neil Gorsuch will be a great #SCOTUS Justice. I applaud @POTUS for his excellent pick to our nation's highest court. pic.twitter.com/jCkto6kAs1

Absent a shock revelation, Gorsuch is sure to be confirmed. Republicans already have the votes and he will get some Democratic support too.

Hope you like my nomination of Judge Neil Gorsuch for the United States Supreme Court. He is a good and brilliant man, respected by all.