Accessibility links
What's Life Like For Immigrant Kids? 2 Teen Novels Paint A Sober Picture The Radius of Us is about a young asylum seeker from El Salvador, and Something in Between follows a high schooler who's devastated after learning she and her family are living in the U.S. illegally. 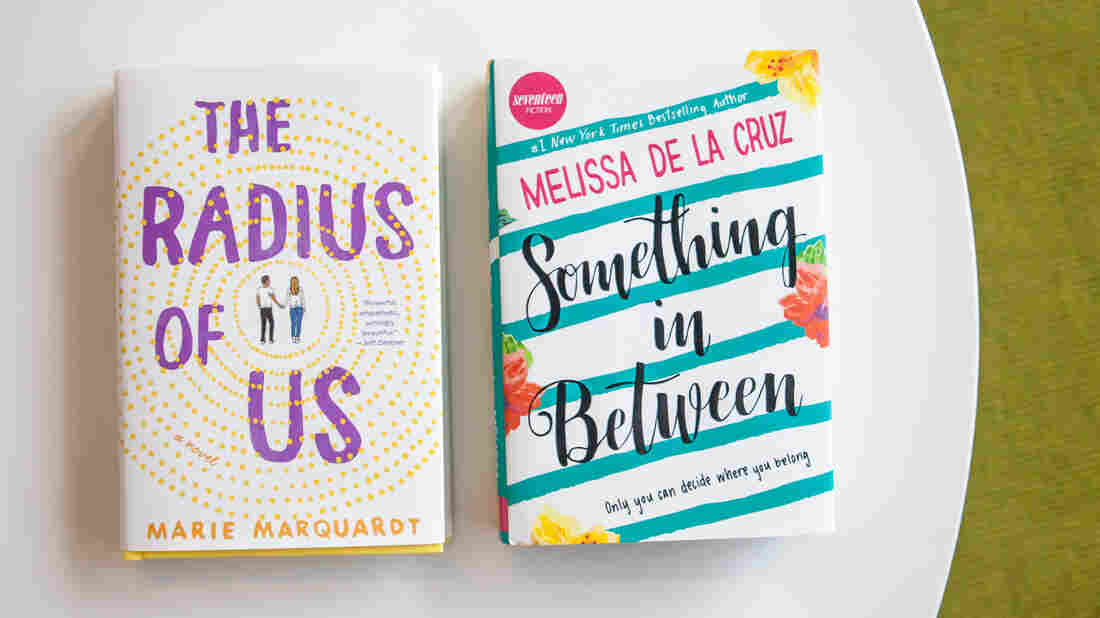 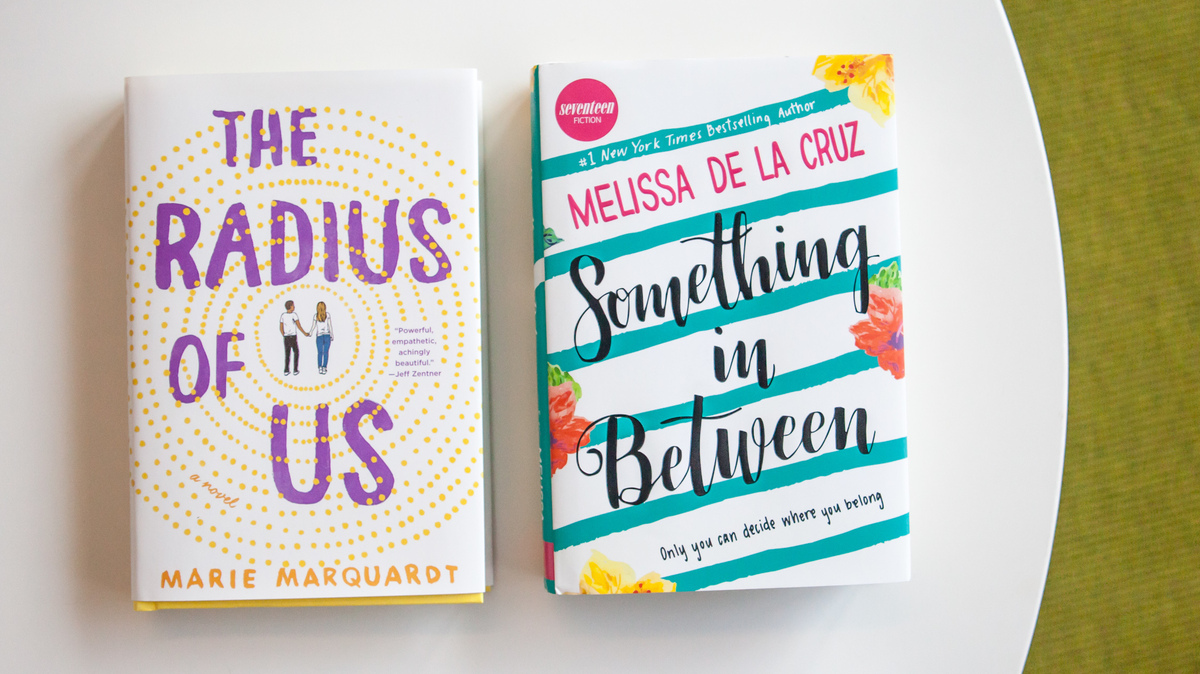 The Trump administration's executive order on immigration is heightening awareness of the challenges immigrants face getting into this country. Once here, children and teenagers can find themselves in circumstances completely out of their control, and those circumstances are now at the center of two recent young adult novels.

Melissa de la Cruz's Something in Between follows an overachieving Filipino high schooler who came to the U.S. when she was 9. De la Cruz herself moved here from the Philippines when she was a freshman in high school. She says it was hard at first to adjust to a new culture, but it didn't take long to feel at home. "I remember feeling — like, after being here for about two years — that I was an American. Like, I really felt like I was part of it."

I'm breaking apart, shattering. Who am I? Where do I belong? I'm not American. I'm not a legal resident. I don't even have a Green Card. I'm nothing. Nobody. Illegal.

From Melissa de la Cruz's "Something in Between"

Her family came to the U.S. on her father's business visa, fully expecting they would all get Green Cards. But things didn't go as planned; it took many years for de la Cruz get her American citizenship. So when her publisher asked if she wanted to write a Y.A. novel about immigration, she hesitated.

"I knew it would be hard," she says, "and I didn't know if I really wanted to go there and feel those feelings again, of feeling like I didn't belong and feeling so confused."

De la Cruz's protagonist, Jasmine, is devastated when learns that she and her family are living in the U.S. illegally: "I'm breaking apart, shattering," she thinks to herself. "Who am I? Where do I belong? I'm not American. I'm not a legal resident. I don't even have a Green Card. I'm nothing. Nobody. Illegal."

The truth comes out after Jasmine, a classic overachiever, wins a prestigious scholarship. Like a lot of immigrant kids, de la Cruz says, Jasmine works hard to prove she can succeed in this country. "I wanted to, you know, put this all-American girl who happened to be Filipino ... through the ringer. Like, what if you're head cheerleader, class president, valedictorian — but then, all of a sudden, you're not that special anymore because of how you came to this country?"

Then, to thicken the plot, de la Cruz wrote in a star-crossed romance. "I love first romances," she says. "When everything is the first time, it's just so memorable, it's so exciting. You know, I just love the optimism and the idealism of kids that age."

Marie Marquardt's Y.A. novel The Radius of Us also has a love story in it. Marquardt is an academic who has worked with immigrants for two decades. Over the years, she's written essays and articles about immigration issues, but more recently she's turned to fiction.

"It helps to bring out how deeply interconnected we are, and I love writing fiction," she says. "I love writing love stories because I want to delve into those connections and help us all to have the opportunity to dwell for a while in the experience of another person."

The Radius of Us follows two teenagers: Gretchen, who has led a comfortable life in suburban Atlanta, and Phoenix, an asylum seeker who Gretchen's neighbors have taken in. Phoenix and his younger brother, Ari, fled El Salvador after a gang threatened to kill them. When they finally got to the U.S., Phoenix was separated from his brother and sent to a detention center. Ari is so traumatized that he stops talking and communicates only through drawings, which are scattered throughout the book.

Carlos Morataya is the book's illustrator. He's a young Guatemalan immigrant and orphan, and he remembers being threatened by gangs in Guatemala. "Before I moved to the orphanage, I was pretty much in the street," he says. And kids on the street need to "find someone that will protect them, which in this case are the gangs."

Morataya eventually moved to a Christian orphanage, which helped him come to U.S. as a student. He expects to get a Green Card and believes his story will end happily, much like the stories in both these books. But Marquardt says these stories rarely ever end the way her book does. "What I tried to do in this story is to give a happy ending, but to also ensure that my readers knew that this was a very, very unusual — a possible, but certainly not a probable — outcome."

Both Marquardt and de la Cruz say their books are meant for everybody, especially those who may not know what life is like for an immigrant.