Accessibility links
'Youth In Oregon' Follows A Fractious Family On A Bittersweet Road Trip Frank Langella is an aging, stoic patriarch determined to end his life in this uneven but effective cross-country comedy-drama. 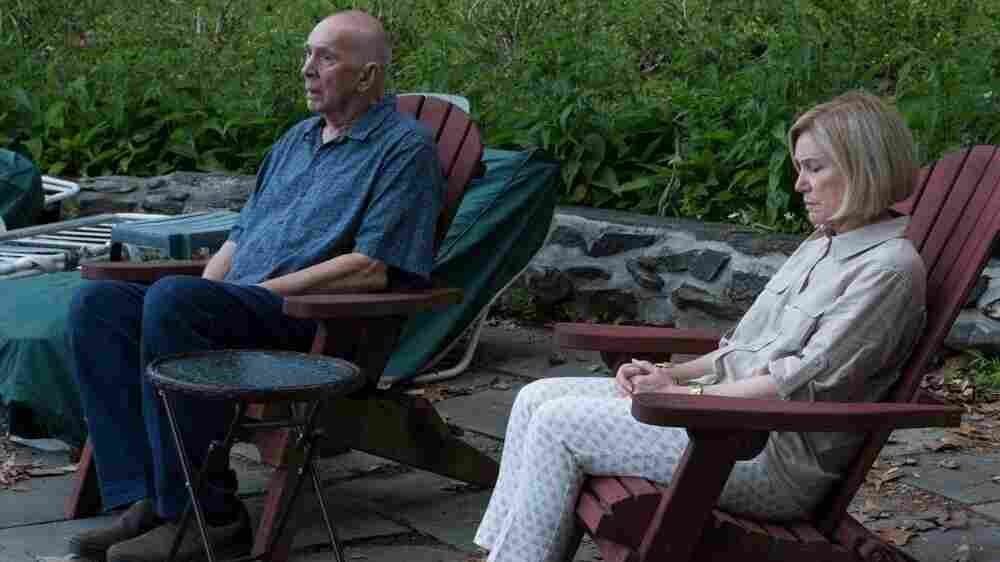 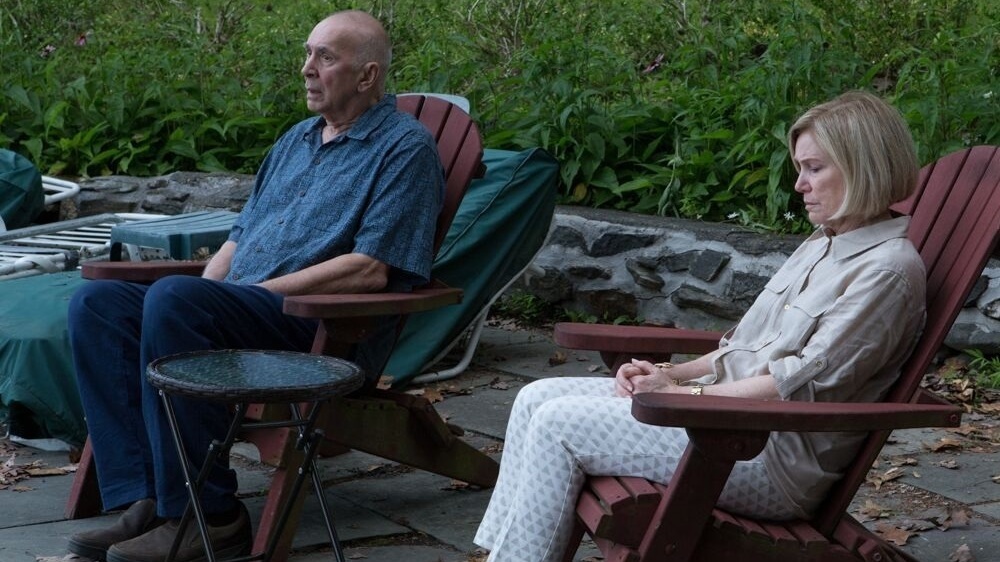 Frank Langella has all manner of elastic gifts, but he's never been the sort of actor to disappear into the many roles he's played over a distinguished career. There's an underlying stern implacability to just about every deplorable villain (and occasional hero) Langella has tackled: intractable obstinates all, who bend others' wills to their own and give no quarter.

Such a man is Ray, the irascible East Coast patriarch who heads up the patchy but affecting Youth in Oregon. Gravely ill and ready to die, Ray chooses his 80th birthday dinner to announce to his aghast family that he's off to Oregon, where he can legally kill himself, and heaven help anyone who tries to stop him. The setup suggests an assisted-suicide drama, and that will come later, handled with tact and sensitivity, though it may be unwise to draw conclusions about who goes when or how. Mostly, the mistitled Youth in Oregon is a road movie featuring a bickering clan with next-to-no give in its emotional fabric. Assuming he knows best, Father sets a rotten example.

After much pouting, weeping, throwing of fits or affecting indifference, the loved ones join Ray on a westbound car trip that — department of small mercies — only occasionally borrows from the Little Miss Sunshine black comedy playbook. The weather is grand, the green-and-gold landscapes they pass through tranquil, but it might as well be raining locusts for all the attention nature gets from this fractiously self-involved brood. Along the way they pick up a couple of estranged black sheep — an embittered gay son beautifully played by Josh Lucas, and a college-aged grandson (Alex Shaffer) who springs a nasty surprise of his own on his own father, Ray's maddeningly reasonable son-in-law (Billy Crudup).

But this is not really about the kids, who are locked in as resentful collateral damage of their elders' eternal warfare. This is about aging, and the inexorable decay of the body, and about a man who shows more affection to the birds he loves to watch than to his kin. Certainly there's a touch of Alan Arkin in Ray, who rants and raves and brags about his former sexual prowess at top volume in public. Unlike Little Miss Sunshine, however, the rage and frustration rarely function as set pieces played for light relief. Langella's tightly controlled stillness makes Ray's tantrums far less potent than the grim stoicism with which he faces his physical indignities, and his quiet domination of a family that's barely holding it together.

Once the secret Ray has been keeping from his family leaks out, Youth in Oregon ventures briefly into hysteria, led by an able Christina Applegate as Ray's overly bonded daughter. At its most effective, though, the movie wordlessly observes how this troubled family tries and repeatedly fails to connect. Unable to make eye contact, Ray and Danny trade barbs and blame for their lifelong estrangement, each looking out of his own car window. Soon after, in a marvelously tender sequence, the two men get a taste of what an end-of-life intervention might look like when carried out with love and consent on all sides.

Youth in Oregon begins with one kind of sorrow and ends with another entirely. Moore and writer Andrew Eisen don't feel the need to sort everyone out or indulge in seen-the-light pyrotechnics. Yet Ray's last-minute plea to his wife by a serene Oregon lake elicits a small, wordless act of help and understanding that suggests not exactly better days to come, but a necessary shift in perspective. In that moment Youth in Oregon reveals itself less as an inquiry into how and when we die than into how we have lived and dealt with one another. In that moment, husband and wife discover not mercy killing, but mercy living.