Accessibility links
Maudlin Teen Romance 'The Space Between Us' Burns Up On Re-Entry Martian, Martian, Martian!: Asa Butterfield stars as a Mars-born teen who struggles under Earth's gravity — and a treacly script — in this sci-fi romance. 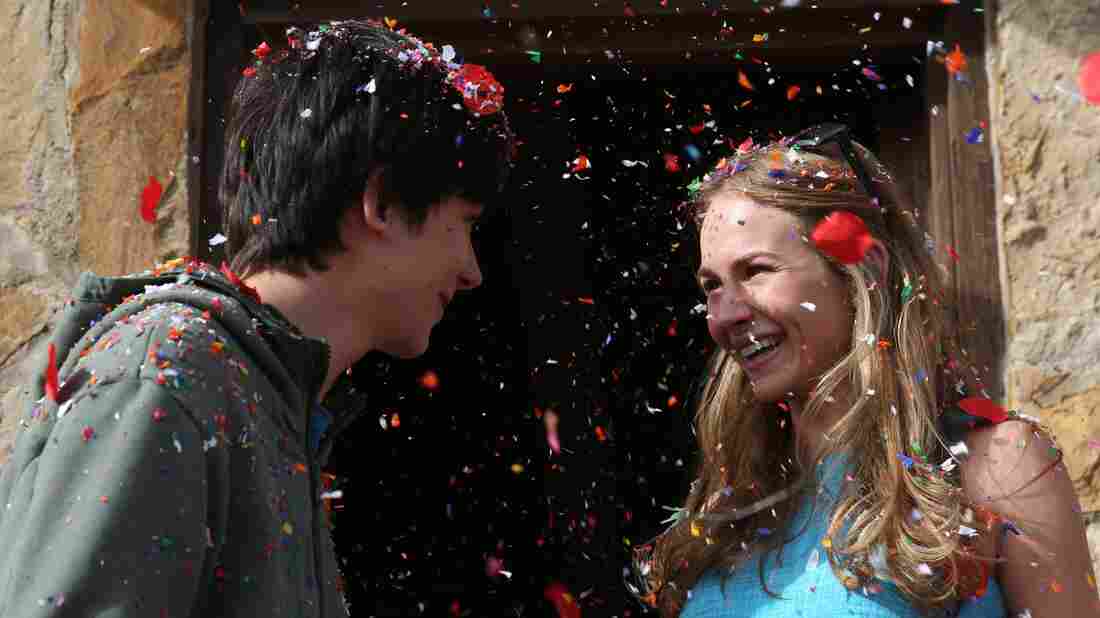 The Boy Who Fell to Earth: Gardner (Asa Butterfield) brings Tulsa (Britt Robertson) into his orbit in The Space Between Us. Peter Chelsom/SPX Entertainment hide caption 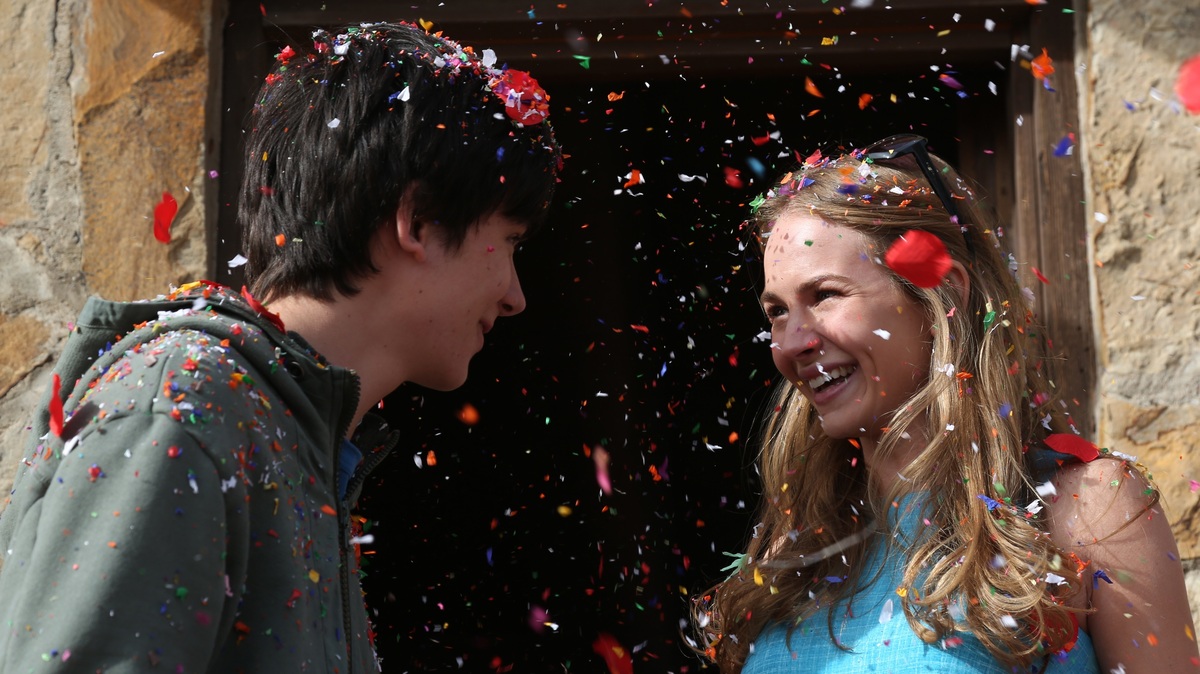 The Boy Who Fell to Earth: Gardner (Asa Butterfield) brings Tulsa (Britt Robertson) into his orbit in The Space Between Us.

Earth girls are easy, at least when you're only boy ever born on Mars. From a small settlement on the red planet, a 16-year-old orphan strikes up a video-chat flirtation with an alienated Colorado high schooler, also parentless. She is, of course, The One — because nothing random could occur in the shipshape universe of The Space Between Us.

The adventure begins with perhaps the most familiar opening shot in sci-fi: The camera executes a stately swoop under a cosmic hulk. In this case, the object is Mars, the subject of a TED-talky ode by space-biz entrepreneur Nathaniel Shepherd (Gary Oldman). He explains that humans must colonize our next-door neighbor, because Earth is just about used up.

Soon, it's 16 years later, and Earth seems to be fine. That's just one of a half-dozen plot holes big enough to drive a Mars Rover through.

It turns out that an astronaut Shepherd dispatched to Mars was unknowingly pregnant. She died in childbirth, leaving Gardner Elliot (Asa Butterfield) to grow up in a space camp. His father is unknown, and his existence is a secret, since Shepherd fears his investors will be alarmed to learn there was a baby on board.

Another astronaut (Carla Gugino) was sent to serve as unofficial stepmom, but Gardner is still lonely. He wants to visit Earth to meet his interplanetary crush, Tulsa (Britt Robertson), and maybe find his dad. Problem is, his body developed on lower-gravity Mars, and may not survive the conditions of his parents' home planet.

Gardner makes the trip anyway, and quickly escapes his handlers. He's a stranger in a strange land, but not in the mode of the Mars-born protagonist of Heinlein's book. Gardner comes not to challenge American culture but to embrace it.

He tracks down Tulsa, and they run away together. Mars boy's potential girlfriend is a computer whiz who's gifted at acquiring vehicles, whether planes or automobiles. In the future, cyber-technology has progressed and yet it's much easier to steal a car than it is today.

In its middle section, The Space Between Us becomes a routine road movie and a maudlin teen romance. Oh, and there's that daddy issue to sort out.

The film was directed by Peter Chelsom, a Brit who made two tartly sweet films in the 1990s, Hear My Song and Funny Bones, before devolving to such projects as Hannah Montana: The Movie. In a film that begs for a more ironic outlook, he allows himself just one U.K. joke and one art-cinema one.

The first is that, on the way to Denver, Gardner snacks on a British Mars bar, a confection available only in speciality shops in the U.S. The second is that Gardner models his descent to Earth on Wim Wenders' Wings of Desire, in which an angel becomes human in pursuit of love.

Wings of Desire seems to be one of only two films the kid has studied, and he explains that he scored a copy from a German astronaut who visited the Mars base. There's another odd thing about the future: It's harder to pirate a movie than heist a car.

The script is credited to Allan Loeb, whose name also cropped up on last December's sappy/nutty Collateral Beauty, which was apparently is the work of many hands. Whoever's responsible, the present result is more sappy than nutty. The corn is fertilized by a ponderous score and a handful of bland folkie-rock tunes.

Since Butterfield and Robinson make a cute if somewhat fatuous couple, their careers shouldn't be dinged by this misfire. They survived the crashes of Ender's Game and Tomorrowland, respectively, so for them The Space Between Us is no more surprising than another bad launch at SpaceX.