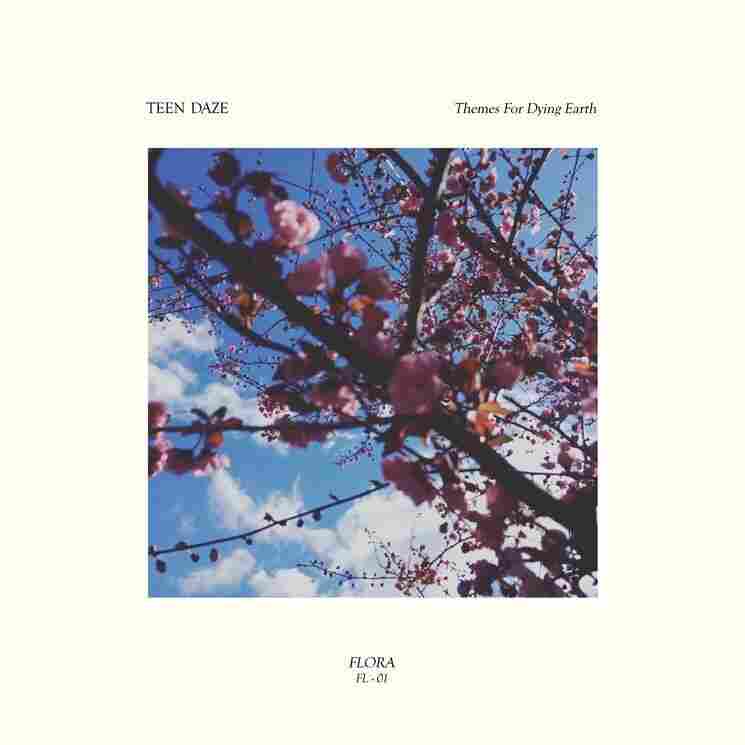 Using digital methods to reflect the natural world can be a daunting task for musicians. Thankfully, Teen Daze — the Vancouver-based electronic project revolving around Jamison Isaak — has some experience under its belt. The group's 2013 album Glacier was a striking foray into pastoral ambience, with songs like "Alaska" and "Tundra" making no secret of their inspiration. On Teen Daze's new full-length, Themes For Dying Earth (out Feb. 10 on FLORA, the band's own label), Isaak takes a similar approach, fusing his gossamer vocals with layers of synthesizers, sampled sounds and a smattering of heavily treated acoustic instrumentation. And like its predecessor, it does a remarkable job at filtering the personal through the universal.

"I wake with the sounds of mourning," Isaak sings on "Cycle," the album's lilting, sumptuous opening track. Field recordings of running water mingle with laidback beats and a lazy dance of keyboards, all coming together into a melodic, syrup-sweetened tribute to the promise of a new day. The song is about Isaak's battles with anxiety and depression — and that subtle flicker of emotion from pole to pole informs the entirety of Themes For Dying Earth. Dynamic in their own subtle way, songs such as "Lost" and "Cherry Blossoms" are pop-forward, replete with huge, gripping hooks along with softer traces of chillwave and shoegaze.

Themes has a sturdier rhythmic spine than much of Teen Daze's previous output. For every drifting, ethereal study in dreaminess like "First Rain," there's a cut like "Rising," a spell of meditative bliss propelled by chanted whispers and fidgety percussion. "Anew" may be drumless, but its pulses of keyboard and waves of pedal steel echo with a droning flutter. And although the album isn't tied to a specific geographical location, "Dream City" and "Water In Heaven" chart a more fantastic course; like a GPS set for a state of inner peace, they swell and soar through breathtaking vistas, exotic flora and meteorological phenomena while maintaining an enchanted tranquility.

Despite its title, Themes For Dying Earth is not a glum record fixated on any number of cataclysms we seem to be facing as fragile individuals on a fragile planet. If anything, it's a gently uplifting paean to the promise of renewal, regrowth and reclamation, even in the worst of times.