Accessibility links
Why Eating The Same Food Increases People's Trust And Cooperation All over the world, people say they make friends by "breaking bread together." Social science research explores why sitting down to eat together makes people feel closer.

All over the world, people say they make friends by "breaking bread together." Social science research explores why sitting down to eat together makes people feel closer. 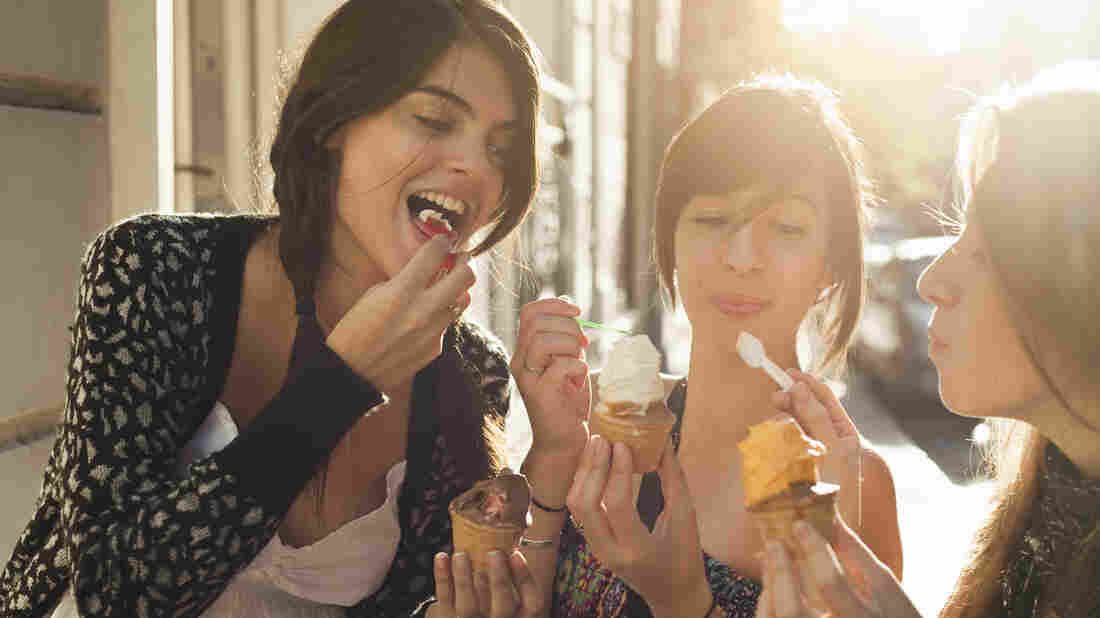 Research suggests that people just feel closer to those who are eating the same food as they do. Kathrin Ziegler/Getty Images hide caption 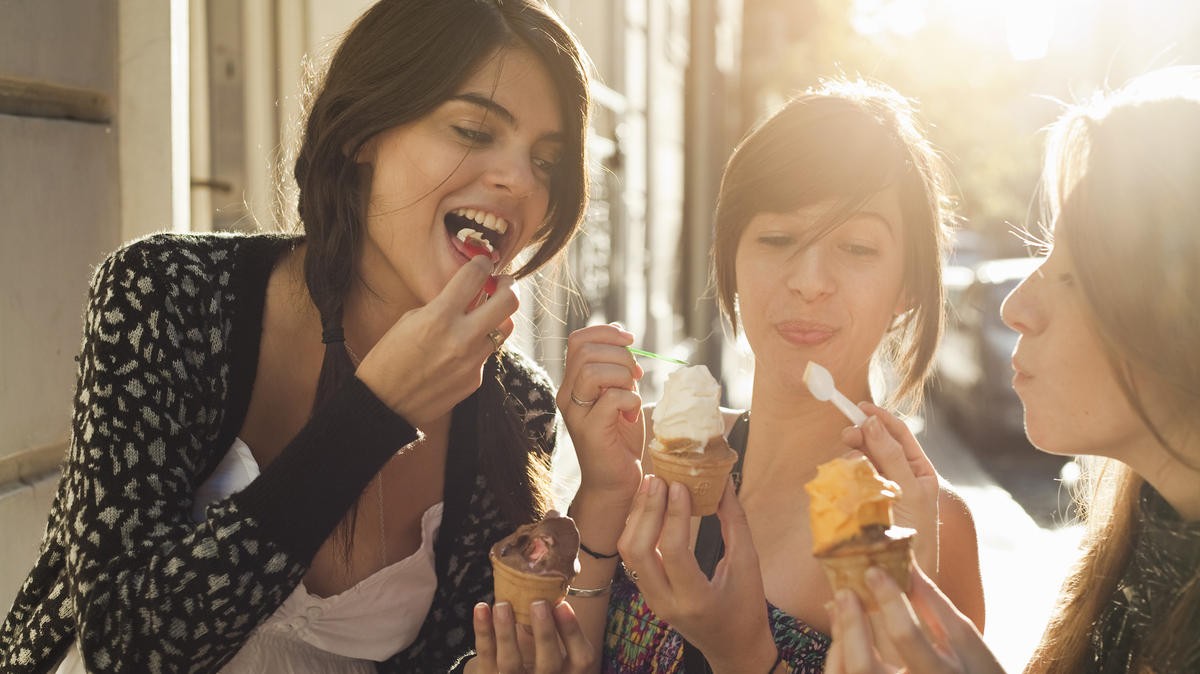 Research suggests that people just feel closer to those who are eating the same food as they do.

And, you know, all over the world people say they make friends by breaking bread together. There's this assumption that when you sit down to eat with one another, you become closer. Well, let's talk about that with NPR social science correspondent Shankar Vedantam, who is going to break bread with me. Hey, Shankar.

SHANKAR VEDANTAM, BYLINE: (Laughter) Hi, David. How are you?

GREENE: Well, so what's this research you're looking at?

VEDANTAM: Well, sitting down to eat together, David, obviously means you're sharing another person's company, but there's also something else. When you eat together, one thing that happens is that you're usually eating the same food as the other person. I was talking to Ayelet Fishbach at the University of Chicago. She told me that food has symbolic meaning all around the world.

AYELET FISHBACH: I think that food really connects people. Food is about bringing something into the body. And to eat the same food suggests that we are both willing to bring the same thing into our bodies. People just feel closer to people who are eating the same food as they do. And then trust, cooperation, these are just consequences of feeling close to someone.

GREENE: Oh, so she is testing the notion that maybe it's about that you're sharing the same food, not necessarily that you're sitting next to one another and enjoying conversation and stuff like that.

VEDANTAM: Exactly. Fishbach and her colleague, Kaitlin Woolley, ran a series of experiments. They tested the effects of eating together and what happens when people either eat the same food, or when they eat different foods. In one of their experiments, they had volunteers play the role of a manager and a union representative.

The two had to agree on the hourly wage that management was willing to pay and that union members were to receive. Pairs of volunteers were sometimes given candy to eat together or sometimes given salty snacks. And sometimes, one of the volunteers was given one kind of food and the other was given the other kind of food. When the volunteers ate the same kinds of food, they reached agreement much more quickly than when one person ate the candy and the other person ate the salty food.

FISHBACH: It took them 3.6 rounds to reach an agreement when they're both eating sweets. When one person is eating salty food, like potato chips and pretzels and so on, while the other person is eating sweets, then it takes them on average 7.3 rounds of the game until they finally settle on their hourly wage.

GREENE: Shankar, I'm just feeling badly for, like, a vegetarian...

GREENE: ...At a big barbecue with a lot of burgers and is the only one not eating the burgers. Why is this happening?

VEDANTAM: Well, I'm not sure we completely understand the mechanism, David. Obviously, the volunteers themselves probably don't realize that the food they're eating is shaping what they do or how they behave. The process might be largely unconscious. As Fishbach says, it might have to do with the role that food plays in shaping trust and cooperation. In another part of the study, David, the researchers had volunteers listen to someone offering a product testimonial. The person offering the testimonial was also eating something.

When volunteers were given the same kind of food to eat, they were more likely to trust the information in the testimonial. So the bottom line is if you want to use food to build trust, if you want to cater food for a company event or a community meeting, don't just aim to eat together with other people, try to ensure you're eating the same food that everyone else is eating.

VEDANTAM: Unfortunately, I am a vegetarian.

GREENE: I'm never going to serve a big steak when we have dinner. I'll find something else that's more suitable for you. Thanks, as always, Shankar.

GREENE: That is Shankar Vedantam. He is NPR's social science correspondent. He is also the host of a podcast that explores the unseen patterns in human behavior. It is called Hidden Brain.