Accessibility links
Justina Machado On Her Quinceañera, Rita Moreno's Abs And 'One Day At A Time' Machado and Moreno star in Netflix's reboot of the 1970s sitcom. This time, the family is Cuban-American and its single mom (Machado) is a veteran who served in Afghanistan. 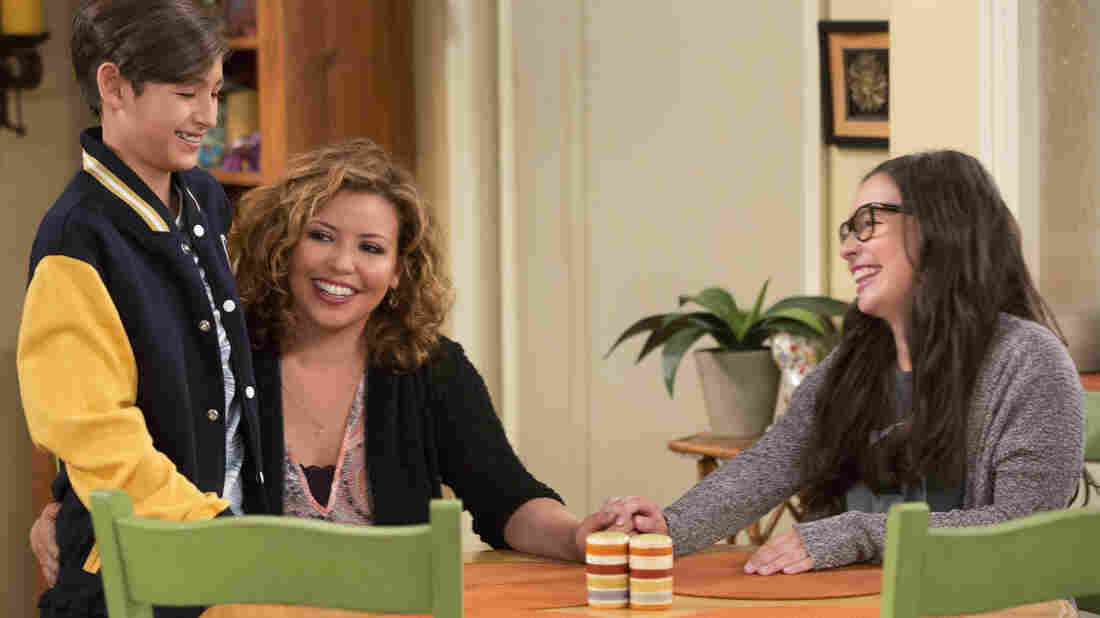 In Netflix's One Day at a Time, Justina Machado (center) plays a military veteran who is raising her two kids (Marcel Ruiz, left, and Isabella Gomez) without their father. Michael Yarish/Netflix hide caption 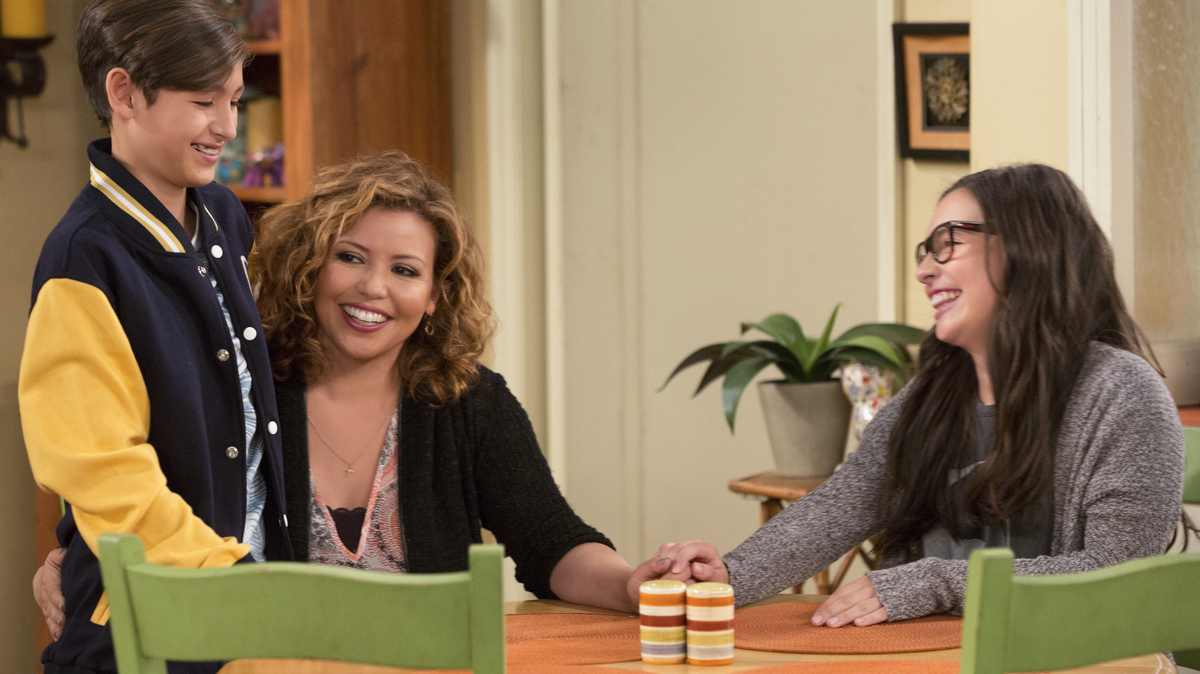 In Netflix's One Day at a Time, Justina Machado (center) plays a military veteran who is raising her two kids (Marcel Ruiz, left, and Isabella Gomez) without their father.

In the 1970s and '80s, the TV show One Day at a Time pushed boundaries with the story of a divorced mother raising two teenage daughters in Indianapolis. Now Netflix has rebooted the show, and their 21st-century take pushes boundaries in its own way: The family is now Cuban-American, they live in Los Angeles and its mom, Penelope, is a veteran who served in Afghanistan.

Penelope is raising her two kids without their father, and sometimes money is tight. Actress Justina Machado, who plays Penelope, says the show's portrayal of middle-class life is more realistic than what you'd normally see on TV, and it's also more in line with her own experience. Penelope's family isn't struggling to eat, but they also can't afford a vacation.

My first #tbt.. Who else had a Quinceañera?!! #chitowndays... pic.twitter.com/K6TPNMfGKJ

"I never went on a vacation until I was 21 years old and I was able to afford it," Machado tells NPR's Ari Shapiro. "I went to five different schools before I was 10 years old because we were moving to where it was cheaper to live. So, yes, this is more of what I grew up with."

My mother did not want to give it to me ... because it's expensive and we didn't have a lot of money. And so I went to every family member and I asked them to buy stuff for me: the cake, the invites, my cousin made my dress. ...

I had no idea what the heck it was about. I didn't even know there was a church ceremony to it. I was like, "Oh, I have to go to church?" I had no idea. To me it was like this big party where you get to dress up and look like a child bride. ... It's so funny because I really wanted a quinceañera and then when I had one, I was like, "Man, this is so lame." Everybody had fun except me because I was constantly taking pictures with family members.

She is still playing, she's still discovering. She's an incredible partner. She's never bored. She's so smart. She's always involved. And I think that's her zest for life — she's in it 150 percent. That's why she's still around; that's why she's so fabulous. The woman has a six pack, you know that, right? ... I'm talking about her abs, OK? ... She's 85 and looks amazing. I have never been in her kind of shape my whole life. And she is just — she defies everything. 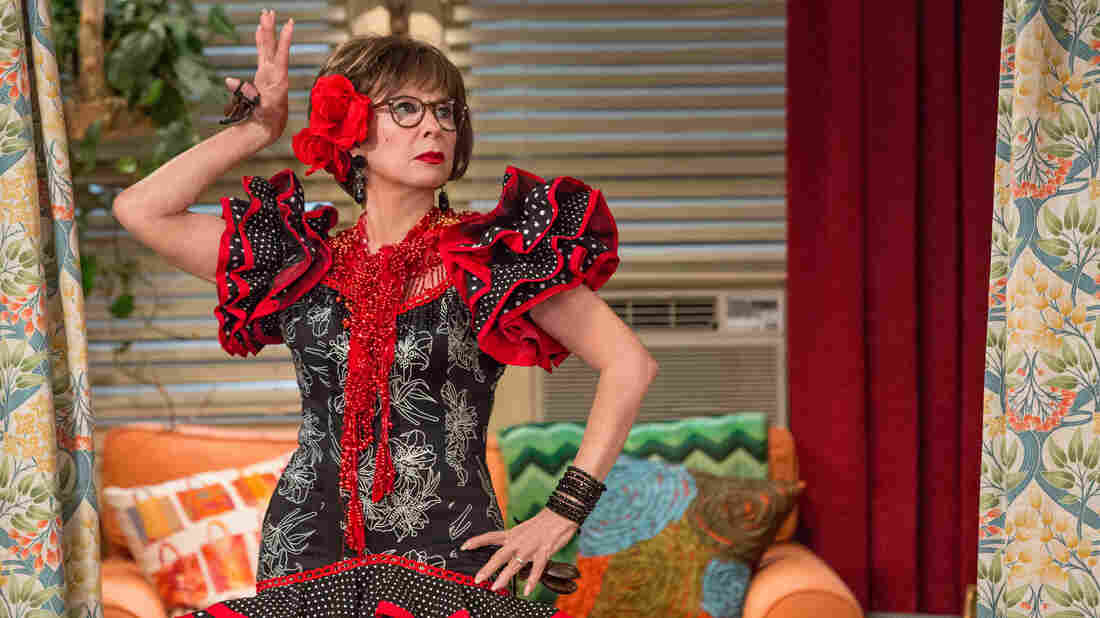 "The woman has a six pack," Machado says of her co-star, 85-year-old actress Rita Moreno. "... I have never been in her kind of shape my whole life." Michael Yarish/Netflix hide caption 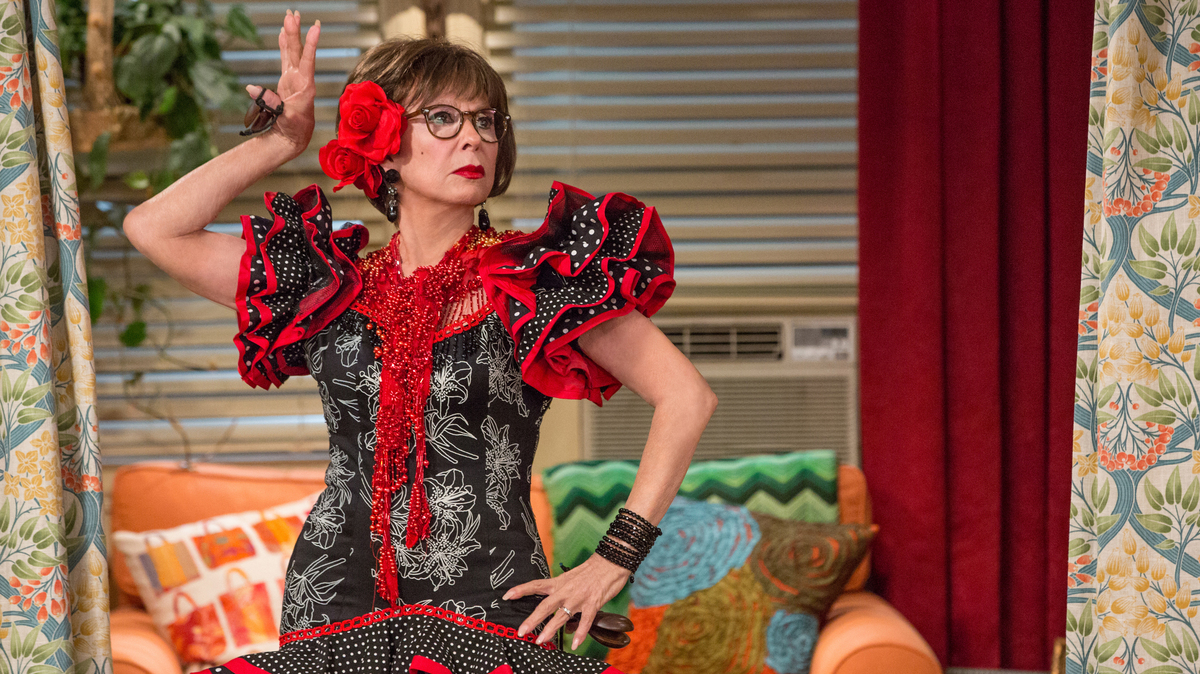 "The woman has a six pack," Machado says of her co-star, 85-year-old actress Rita Moreno. "... I have never been in her kind of shape my whole life."

On how Moreno's success as a Latina actress influenced Machado

I remember watching her in West Side Story. ... I had never seen anything like that. I had never seen a story about Puerto Ricans, this wonderful woman singing this song, this incredible character. I was in awe of her, and, yeah, she actually made me think and realize that I, too, could do it.

When the sexism episode came about, it was important for us to show the levels. ... [Penelope's] daughter being this millennial and, you know, black and white, that's how it is; and [Penelope] kind of being like, "Well, I've dealt with it. It's not that bad. It depends;" and [Penelope's] mother just being in another world. And I think that's super representative of how it is with certain generations. ...

What we do on the show is we talk to each other. There's a lot of compassion; there's a lot of listening; there's a lot of learning from each other. And that's what I love the most about this show. I think [Executive Producer Norman Lear] said it either in his documentary or in his book: People don't want to be around people who disagree with them anymore; they don't want to have those conversations; they don't want to be uncomfortable. And I'm guilty of that, I was guilty of that. And now I'm starting to get out of this bubble and realize that ... we've all got to talk to each other. We all have to understand sometimes we're not going to change people's minds, but we're not going to get anywhere insulting.

On what the show gains by telling the story of a Hispanic, working-class family with a military veteran