Accessibility links
Milo Yiannopoulos: Did Berekely Cancellation Stop Free Speech, Or A Provocateur? Violent protests erupted at the University of California, Berkeley, on Wednesday over a speech by the Breitbart editor. Two Berkeley students are divided over the school's cancellation of the speech. 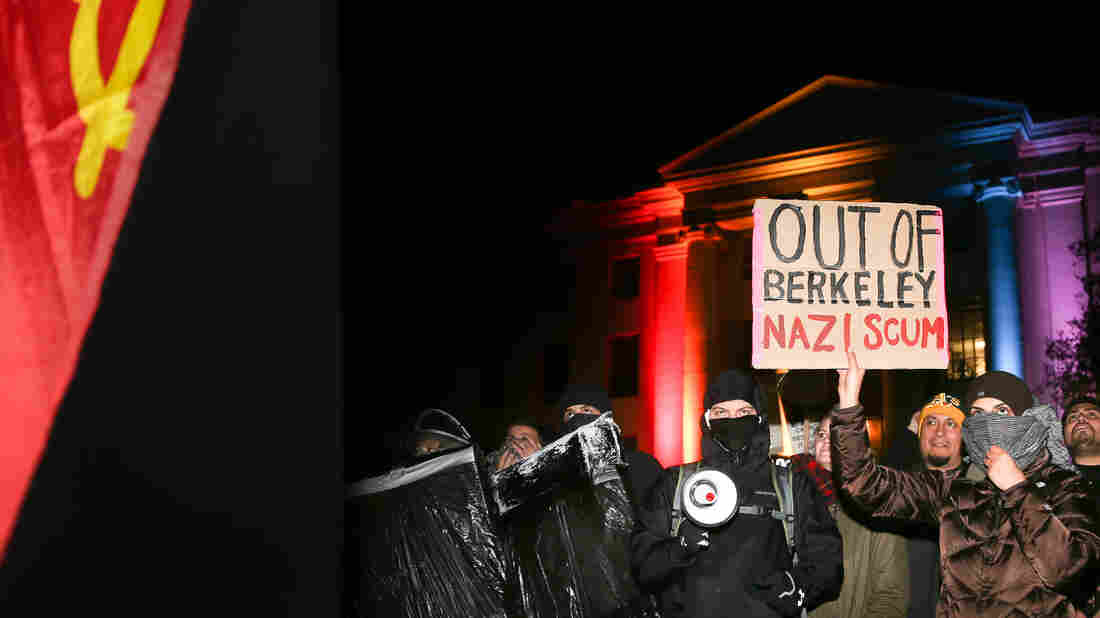 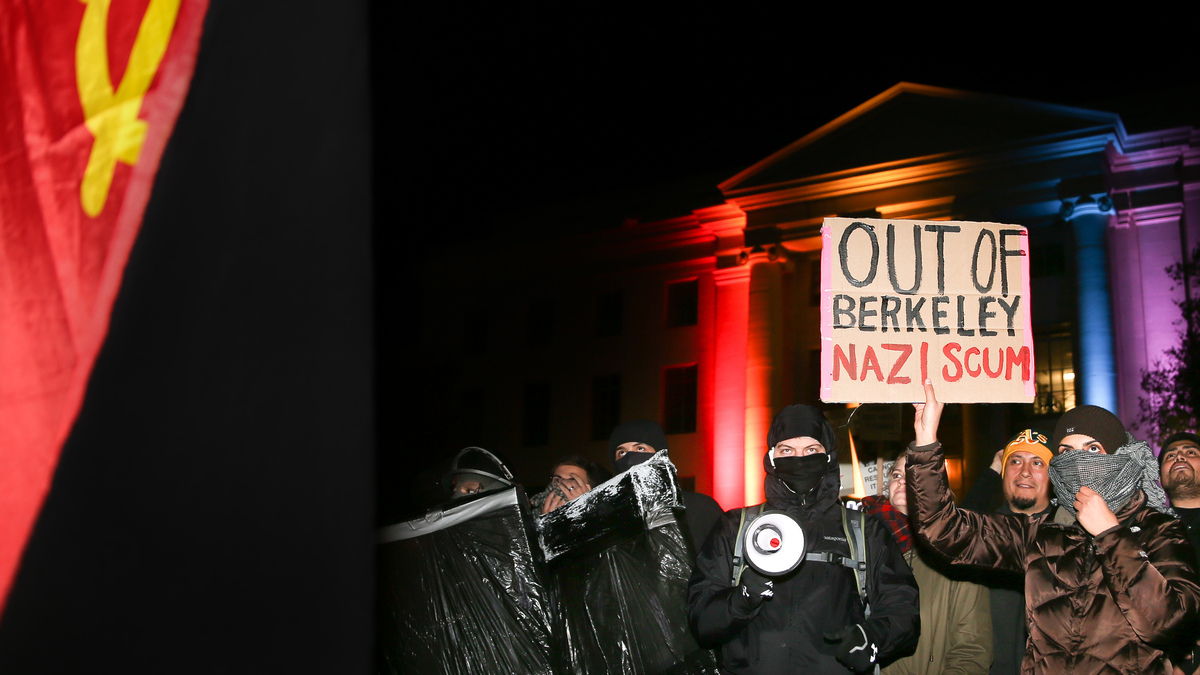 People protest a planned speech by controversial Breitbart editor Milo Yiannopoulos at the University of California, Berkeley, on Wednesday.

On Wednesday night, students at the University of California, Berkeley, protested a planned talk by divisive far-right speaker Milo Yiannopoulos, an editor for Breitbart News Network.

Demonstrators set fires, threw objects, and the speech was cancelled. After the decision was made, President Trump tweeted, "If U.C. Berkeley does not allow free speech and practices violence on innocent people with a different point of view — NO FEDERAL FUNDS?"

NPR's Ari Shapiro spoke with two UC Berkeley students who have different viewpoints about where college campuses draw the line between free speech and hate speech.

While Yiannopoulos is known to express extreme views — he has called feminism "a cancer" and has used racially charged language — doctoral student Andrew Bremer believes his First Amendment rights are more important.

"Freedom of speech is something that is, I think, paramount to where I can be today," Bremer says. "I feel that I can be the person who I am today as a gay man because of the First Amendment rights that allowed gay rights activists in the '60s and '70s to stand up for the LGBTQ community. And if those rights were not in place, I don't think that I would be able to necessarily be who I am today and live the life that I do."

Turns Out, Fighting Fat Shaming And Racist Trolls Is Also A Ghostbuster's Job

In an appearance on Fox News, Trump adviser Kellyanne Conway asked if the students were protesting the idea of having someone on campus that has an alternative point of view.

"Milo is a very unique situation," Robinson says. "Milo is an entertainer who has engineered a national tour around provoking college campuses, in order to feed into a narrative that supports this idea that liberal campuses are shutting down free speech."

Use the audio link above to hear the full interview.